It’s impossible not be amused and impressed by this lovely bespoke version of Buben & Zörweg’s latest watch winder and showcase Agartos. It was ordered specially by a customer in Singapore, and Buben & Zörweg’s transformation propelled it from the cool, high-tech design that hallmarks all their work to an ironic, streetwise centrepiece that is much closer to today’s contemporary spirit. 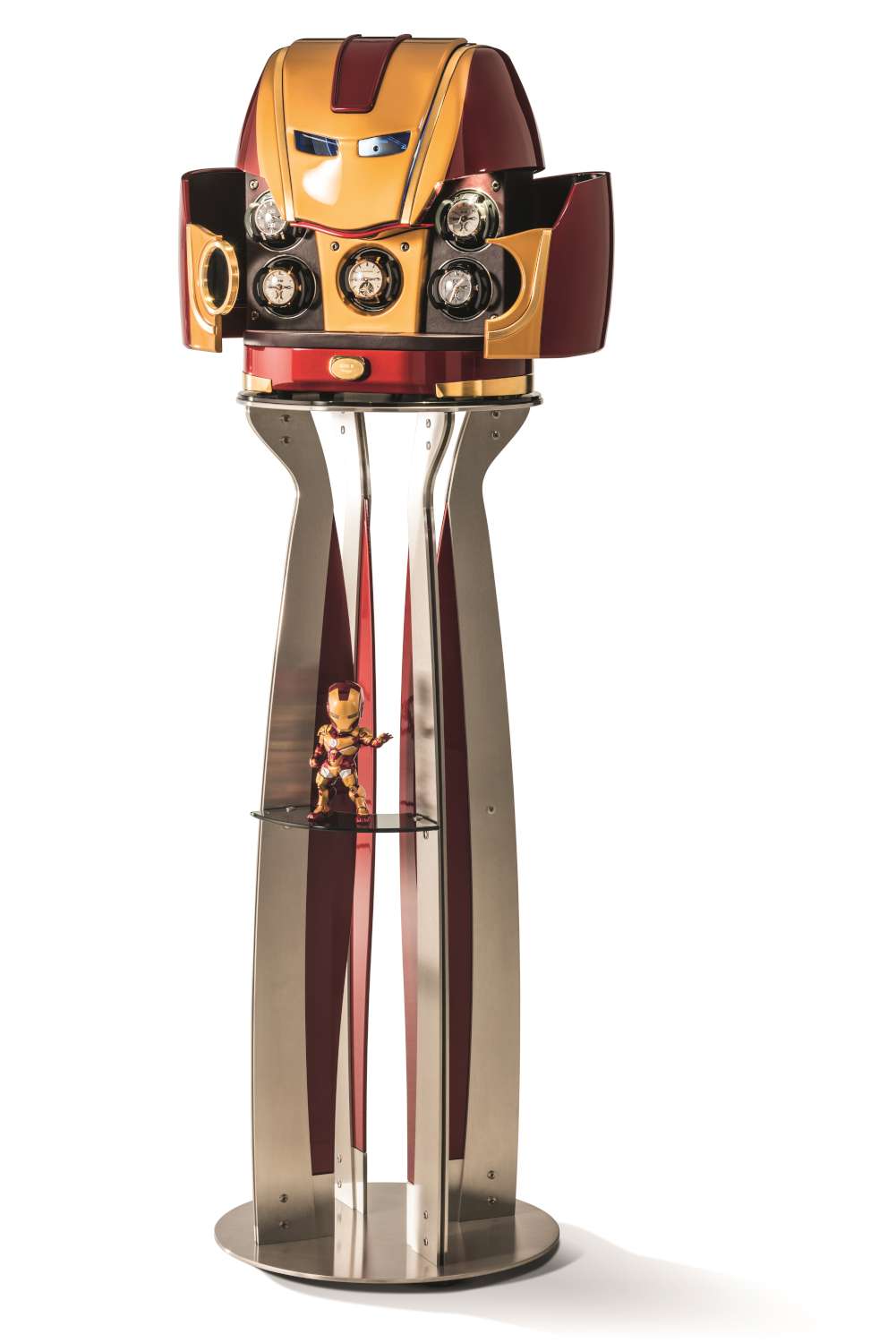 Agartos itself incorporates a lot of technology and design. It provides space for five watches, which are gently rotated constantly to keep them wound, and it has its own tourbillon clock at the top. Its doors are locked closed by transponders and can only be opened by the owner who knows exactly how and where to place his fingertips, with sensors that detect the right touch in order to open the doors. The aluminium structure is finished in high gloss lacquer. Agartos has been nominated for the 2015 German Design Award. But you can’t help feeling that this super-cool watch winder ends up looking like a Nespresso machine. It needed the input of a collector with the sort of nonchalant flippancy that comes from possessing extreme wealth to transform a piece of competent design into something that could become a contemporary icon. 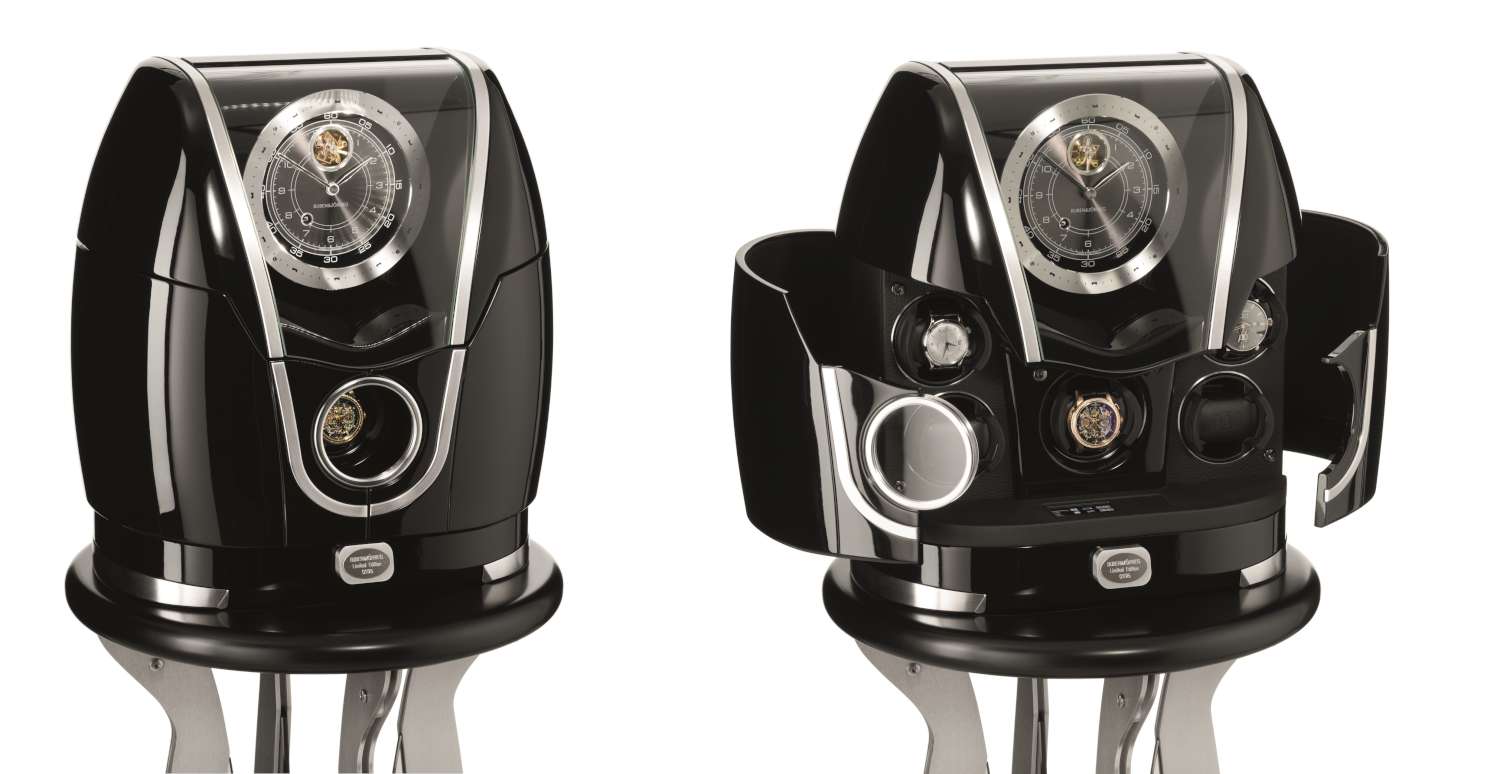 There aren’t many examples in the watch industry of this sort of tongue-in-cheek irony. Big, established names have their brand identity to think of and as a result their watches, though seriously good, are serious. An exception is MB&F, whose HM6 Space Pirate presented in 2014 is comic-strip playful, and who also presented their own superhero clock at Baselworld 2015.

Buben & Zörweg are celebrating twenty years of work in their sector of luxury watch safes. Harald Buben and Christian Zörweg met at school in Austria when they were ten, and launched their luxury watch winder concept while still students. Today the company is based near Stuttgart in Germany, and has seven monobrand boutiques and about 25 in-shop points of sale. 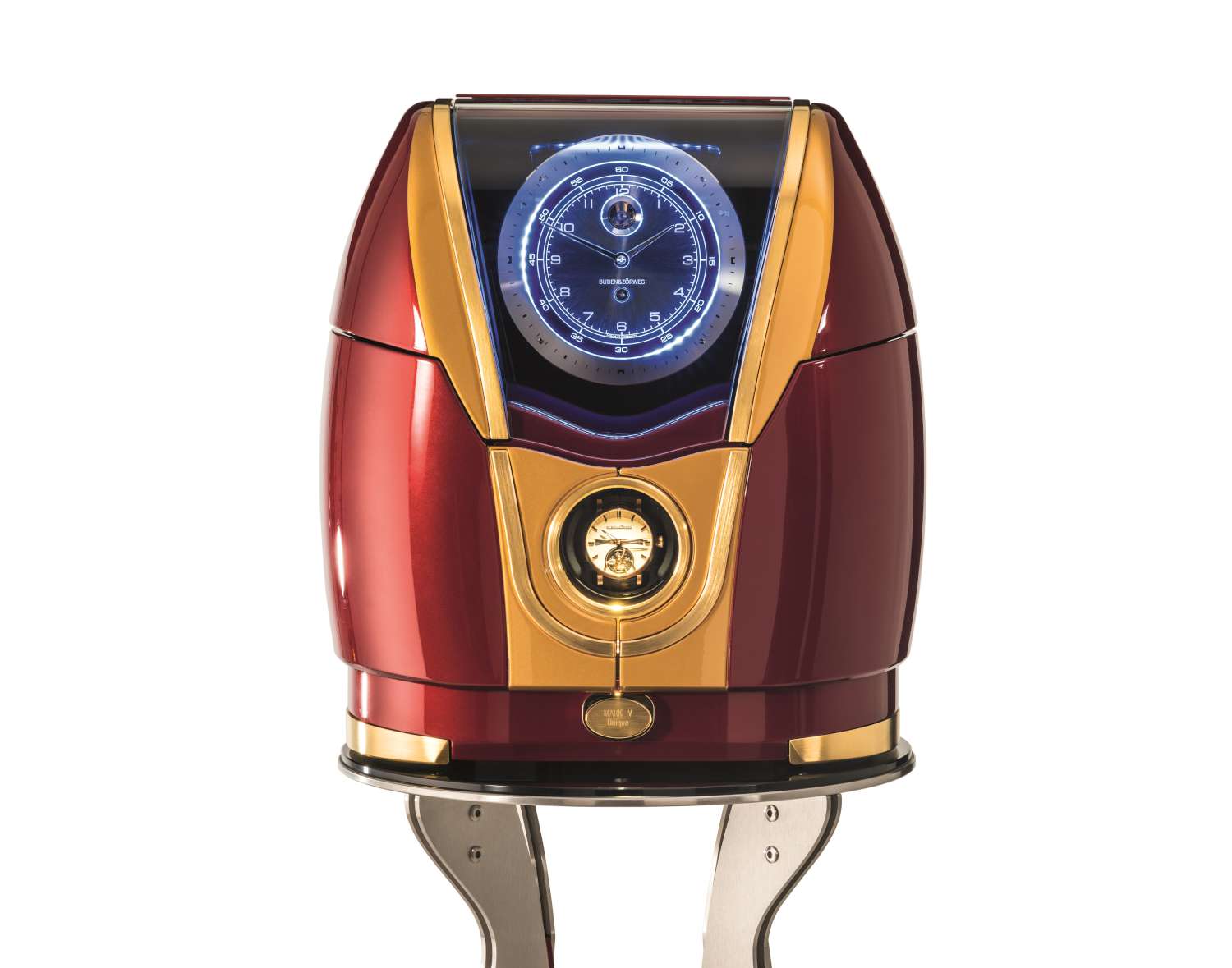