Maximilian Büsser of MB&F is waiting impatiently for the new Star Wars film, but in the meantime he has expressed his passion for sci-fi fantasy with this 10-year anniversary piece Melchior. Büsser says, “As a 10-year-old fan of Star Wars, I knew Luke Skywalker could never have prevailed had it not been for droids like R2-D2 – a loyal, resourceful and brave robot who was always saving his friends. As an only child, I imagined having my own robot companion… Melchior makes that childhood fantasy a reality.” 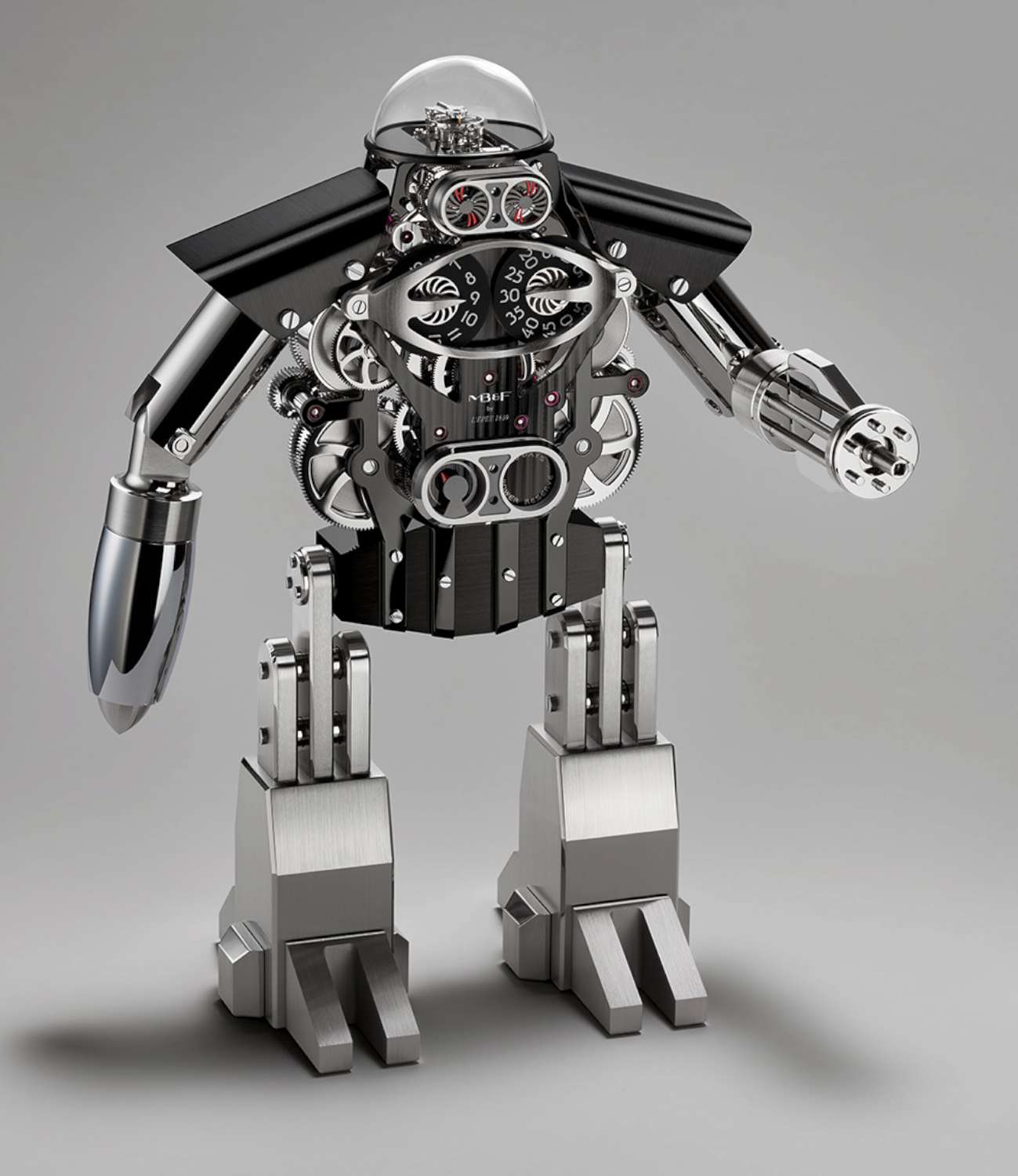 Melchior is refreshingly playful, in line with the MB&F mission statement “A creative adult is a child who survived”. It’s a seriously powerful clock, with five mainspring barrels incorporated into his torso and providing a 40-day power reserve (most table clocks run for eight days and then stop if they are not wound up again). A dial on the abdomen is the power reserve indicator. The machine-gun that he’s carrying in his left hand can be detached to wind the movement. The robot seems to blink every 20 seconds, with revolving discs in the place of eyes. The regulator is under the polished glass dome at the top. In total, the movement has 334 components and 50 jewels, while the robot’s body comprises another 146 parts. 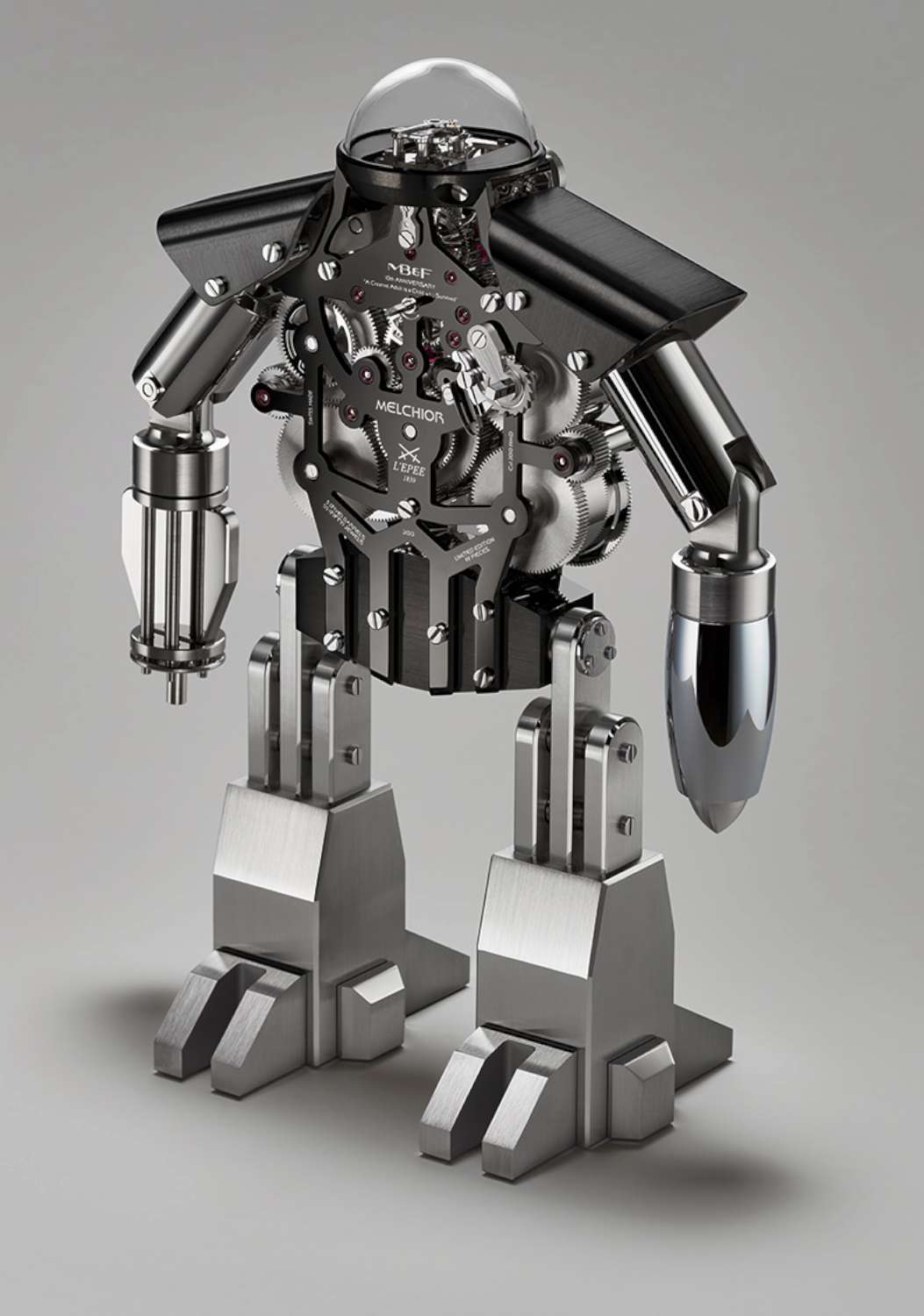 The time is shown by two rotating discs, with slow jumping hour: the hour disc remains still for 55 minutes, and then rotates to the new hour over the space of 5 minutes.

The watch was designed by MB&F and made in collaboration with L’Epée 1839, a specialist clock-making company based in Delémont in the Swiss Jura. It is a 99-piece limited edition, in monochromatic light grey version, or a version in grey with some black PCD-coated components. Price 35,000 Swiss francs.

You may ask, “Why Melchior?” Maximilian Büsser himself answers: “In the Büsser family, for over five centuries from the 1400s onwards, every eldest Büsser son was either called Melchior or Balthazar. It alternated. My grandfather was called Melchior and hated it, so he had everybody call him Max, which is how I became a Max. My grandfather hated the Melchior-Balthazar thing so much that he put an end to this 500-year-old tradition by calling my father Mario…”

Watch a video about Melchior: