This is a large diver’s watch, 47 mm in diameter making it the largest piece in the Sinn range, and it complies with the diver’s watch standard DIN 8306, substantially equivalent to ISO 6425. It is named U212 for a reason: U212 is a modern German submarine currently used by the navies of Germany, Italy and Israel, and the case of the Sinn U212 S E is made of German submarine steel, with a hard black PVD coating. This particular type of steel has in itself some useful characteristics such as anti-magnetic protection and resistance to sea water. The looks of the watch are determined by the black dial, black case, and the beige used for the dial markings, including the luminescent paint. The caseback is solid. Water resistance is 100 bar, equivalent to a depth of 1,000 metres. The rotating bezel is unidirectional. The crown is located at 4 o’clock. 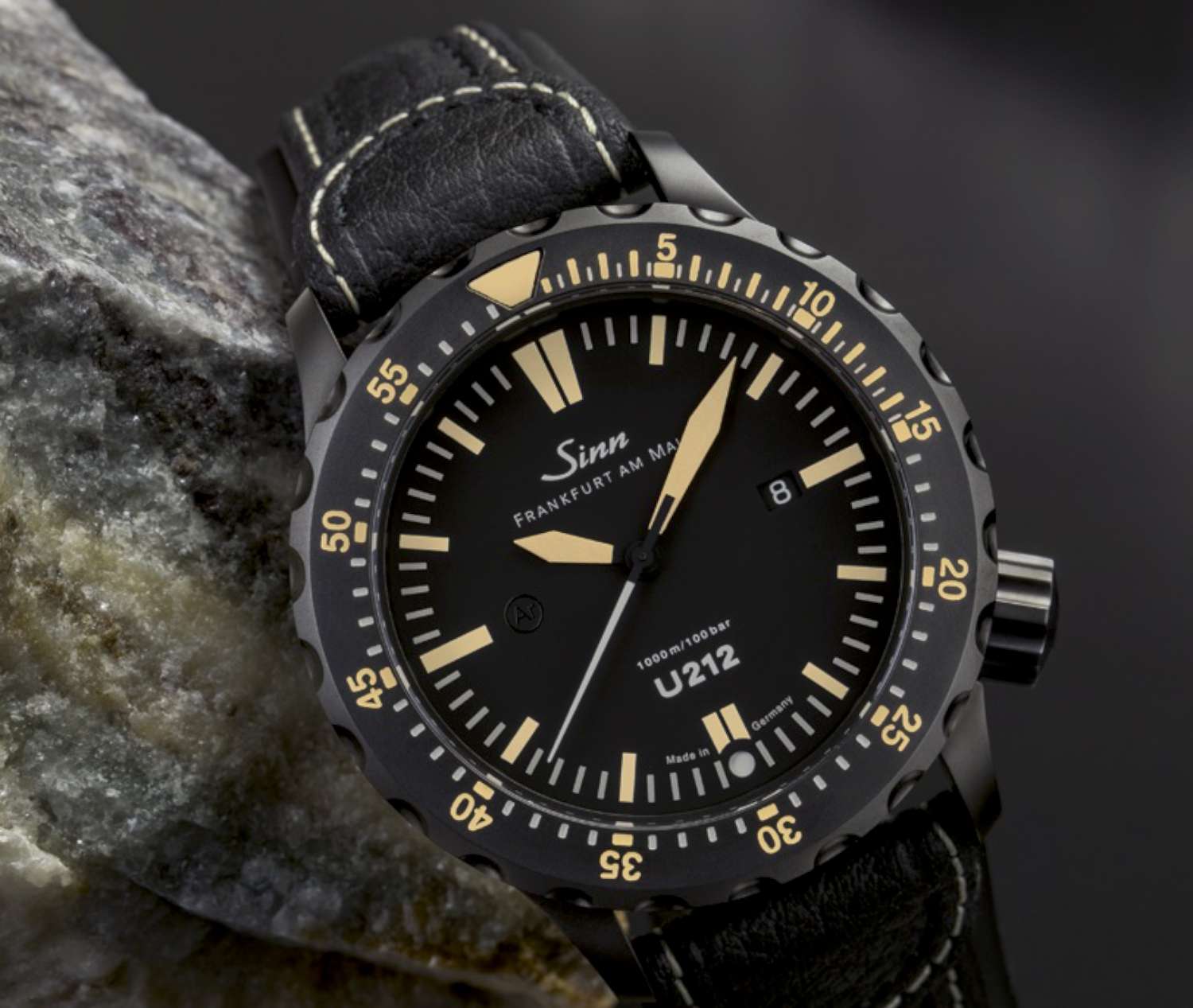 The watch is powered by the Sellita SW 300-1, a self-winding movement with anti-magnetic functions. It provides 42 hours power reserve. Date and time are adjusted from the crown, with two different crown positions for rapid date change, and the stop seconds function so that the second hand can be synchronized with a time signal.