Its reputation has been studied by the Reputation Institute that compiles a yearly report on consumer trust. In 2014, Walt Disney and Google tied at number 1. Rolex and BMW tied at number 2. (The others in the top ten comprised Sony, Canon, Apple, Daimler, Lego, Samsung and Microsoft). According to the study, the characteristics of these companies are very high consumer trust, and consistency in making a product of interest to consumers.

So let’s take a look at the 10 features that set Rolex apart from the rest.

1. The name, short and sweet

Hans Wilsdorf was born in Germany, worked for a Swiss watch manufacturer in La Chaux-de-Fonds, and moved to London in 1905 with the ambition of making quality watches at affordable prices. His first company was called Wilsdorf & Davis (he founded it with his brother-in-law Alfred Davis), but in 1908 he thought up the name Rolex. A bit like Kodak: short, and pronounceable in many languages. With just five letters, it was easy to fit on the watch dial. By way of comparison, think of, say, Vacheron Constantin or Jaeger-LeCoultre, long and difficult to pronounce, with a pronunciation that differs according to who you are.

2. The goal of precision 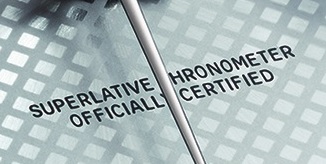 From the start, Rolex concentrated on precision. Even when still in London, the company imported movements from Switzerland to ensure precision. (They moved back to Switzerland in 1920). Rolex was the first wristwatch in the world to receive a Chronometric Preciison certificate, and today, all Rolex movements have chronometer certification. This year, 2015, the brand went a step further, and, in addition to the COSC chronometer certification of the movements, they now test the cased-up watch, to the incredible precision of +2/-2 seconds per day. This is industry-leading.

Many manufacturers today are more watch assembly operations rather that manufacturers. Rolex on the other hand made just about everything, and even have their own gold foundry. The only exceptions are the hands and the watch glasses. 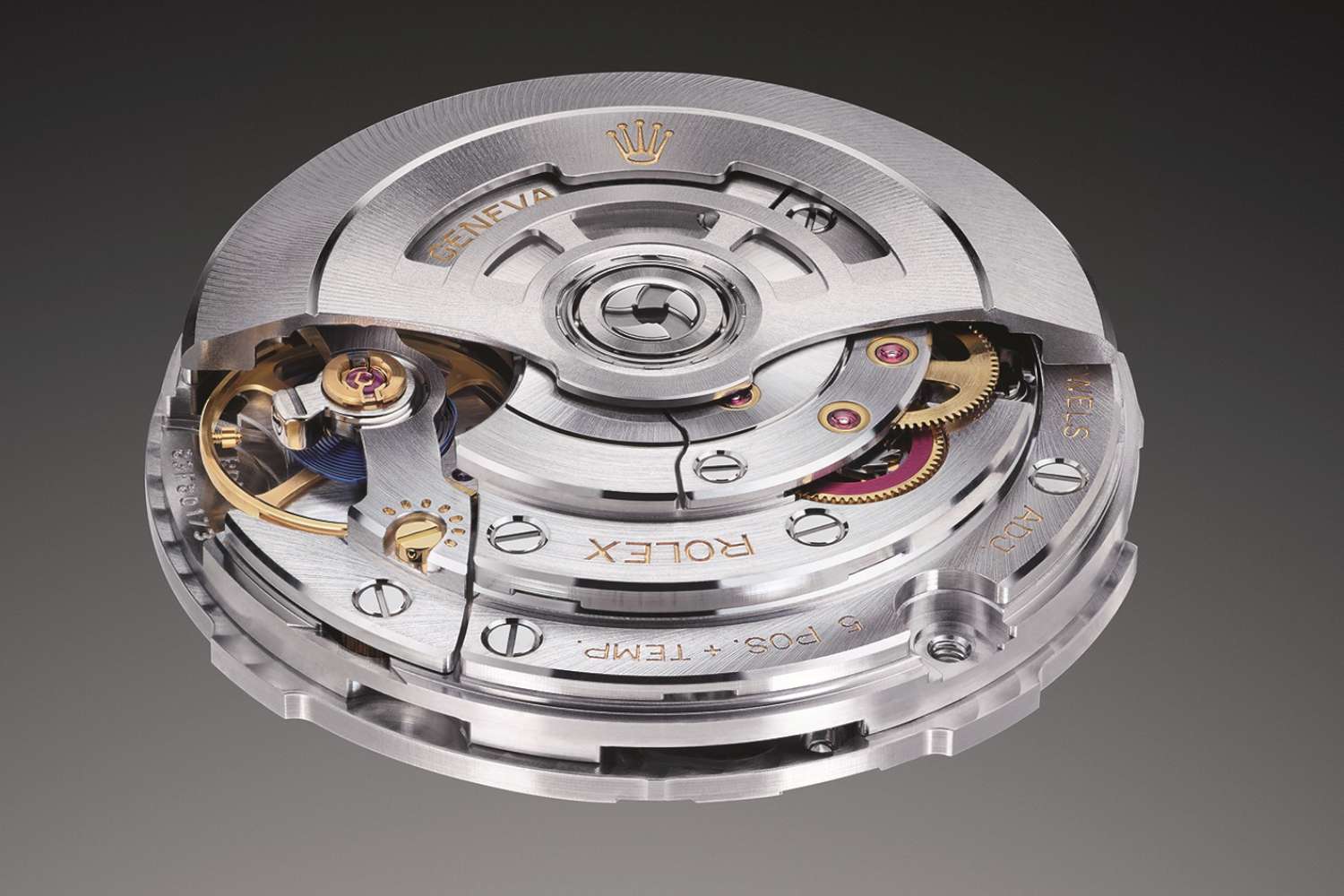 Rolex watches perform very well on the after-market. Of course, when you buy a new Rolex, its value initially decreases, but over the years its value beings to rise, and eventually exceeds the initial price. This is partly due to the fact that Rolex watches change very little from year to year, and so even a vintage Rolex has a contemporary appeal. Many other watch brands introduce new and very different models each year, which fuels the public’s interest in the watches, but also causes them to go out of date relatively quickly.

5. An obsession with quality and reliability

The brand”s obsession with quality can be seen from the extraordinary lengths to which they go with testing their products. For example, all Oyster Perpetual models are tested for waterproofness by being immersed in water and subjected to a pressure 10% higher that its rated depth, and 25% more in the case of divers’ watches. As a result, a Rolex becomes a lifetime possession. Each Rolex owner becomes a testimonial.

Rolex always give the impression that they know where they are going and how to get there. When Swiss watchmaking ran into the quartz crisis in the 1970s and ’80s, Rolex initially started making some quartz watches – which are far more accurate than even the finest mechanical watch. But they soon abandoned quartz, concentrated on making just mechanical watches, and at the same time began intensive marketing, associating the Rolex name with timekeeping equipment in top airports and sports events.

Having identified the key characteristics of precision, waterproofness, longevity and durability, Rolex has constantly found significant ways of demonstrating them with newsworthy events. In 1927, a young British swimmer named Mercedes Gleitze crossed the English Channel with the watch around her neck. Both the swimmer and the Rolex completed the trip to perfection, and Rolex ran a full-page ad in the Daily Mail to tell everyone. The brand also established links with record-breaking car and boat dvier Malcolm Campbell. In 1953, the expedition that brought Edmund Hillary and Tenzing Norgay to the summit of Mount Everest was equipped with Rolex Oyster Perpetuals. In 1960, the experimental bathyscaphe Trieste descended into the Mariana Trench, the deepest known depression on the Earth’s surface, with a Rolex Deep Sea Special experimental watch attached to the outside of the vessel. After reaching a depth of 10,916 metres, the watch emerged in perfect working order.

Even though the brand has links to many areas of specialist timekeeping, it is probably the connection with diving that has made the greatest impact on the public at large. The Submariner was launched in 1953, and it was the first divers’ watch waterproof to a depth of 100 metres. It had a rotatable bezel so that divers could easily read their dive time. The Oyster Perpetual Sea-Dweller was presented in 1967, waterproof to 610 metres, with helium escape valve for use during long decompression phases in hyperbaric chambers. In 1978, it was the turn of the Sea-Dweller 4000, waterproof to 1,220 metres. 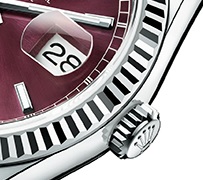 Recently there have been some new lines that look very different from the classic Rolex watches (such as Cellini and Sky-Dweller), but in general, Rolexes can be distinguished by a few hallmarks. These include the screw-down caseback, the crown, the bezel and the Cyclops lens. Just about all Rolex watches have solid casebacks (which sets them apart from just about everybody else). The crown is small but important component, screwed hermetically down rather like a submarine hatch. The Cyclops lens in the sapphire watchglass enlarges the date. The fluting of the bezel was originally used to screw the bezel onto the case, but with rotatable bezels it became of even greater practical importance. It is now an important visual signature.

There are several things that Rolex has in common with a brand such as Panerai, for example. Both make instantly recognizable watches; both have close links to the sea and diving; both have cohorts of fans obsessed with finding out more about the history of the watches with online forums and clubs. The difference lies in the numbers: Panerai’s yearly production is in the order of 35,000, while Rolex is somewhere between 800,000 and a million. The only other brand that comes close is Omega at about 600,000. 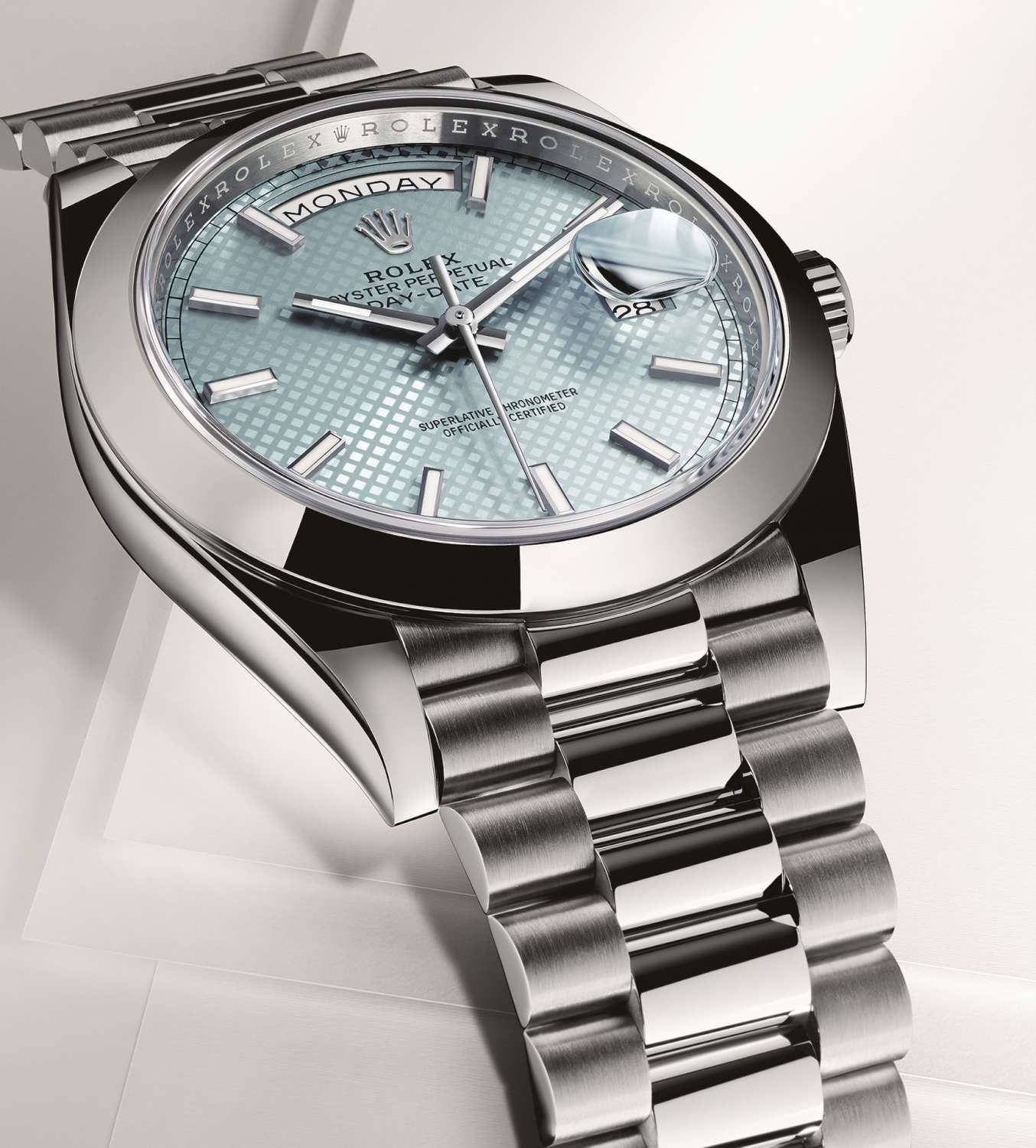