The Glashütte Original story is, on the face of it, short and simple: founded in 1994 by the privatization of a previous East German conglomerate, a move made possible by German reunification. But in actual fact, it’s not short, and it’s not simple. The story of Glashütte Original is also the story of Glashütte, a small town near Dresden, and it is the story of all the other watch brands there who enjoyed decades of watchmaking success up until the Second World War, and then had to endure the bleak years behind the Iron Curtain before German reunification gave them the chance to flourish once more. And so even though two high-end brands in different groups, like Glashütte Original (Swatch Group) and A. Lange & Söhne (Richemont), are in competition, they share the same history, the same street, even the same museum, and so in a way you can feel a family relationship.

The origins of watchmaking in Glashütte

As for A. Lange & Söhne, the Glashütte Original story begins with Ferdinand Adolph Lange, who had visited Switzerland and liked the way that their watch industry was organized, with specialist producers making cases, dials, movements and so forth. Glashütte was a silver mining town (hence the name, which translates as “hut of shiny metal”), and their only other industry was basket weaving. But the mines started to run out of ore, and so in the early 1800s, the whole town was looking for new jobs. Lange arrived in 1843, and thought that the situation could be suitable for an independent watchmaking industry. Benefiting from a loan from the Saxony government, in 1845 he founded the first watch company in Glashütte. Initially he thought that he could do everything on his own, but soon he realized that he needed to work with others, watchmakers of the calibre of Julius Assman, Moritz Grossmann, and Adolf Schneider, who presumably arrived in Glashütte attracted by the possibilities of industrial development. Glashütte Original consider these individuals as their founders. Lange encouraged his students to specialize, whether in screws, balance wheels or jewel-cutting, and in 1878 Moritz Grossmann opened the “German School of Watchmaking Glashütte”, where the hierarchy of students was reflected in where they sat: first-year students in the third row, where light was not so important. Electricity arrived only later. (The school continued operating until 1992, when it closed due to a lack of students. Everyone preferred to leave what they considered as a dead area, what had been East Germany. Glashütte Original reopened its own watchmaking school in 2002).

The years from 1878 to 1914 were the boom years in Glashütte, with peace and a united country. Watches made in Glashütte became a status symbol, and new watchmakers arrived and eventualy used the name of the town as a brand: Glashütte i/SA, Glashütte in Saxony. They even had problems of counterfeiting: watches made elsewhere by manufacturers who added the Glashütte name to the dial (for example, as in the brand name “System Glashütte, ” from La Chaux-de-Fonds) to increase prestige and price.

Another Glashütte manufacturer was founded as “German Precision Watch Factory Glashütte (Sa) e G.m.b.H.” on 9 November 1918, and this manufacture also adopted the habit of placing the words “Original Glashütte” on the dial. The first time that “Glashütte Original” appeared on a dial was in 1927, on a women’s watch. But everything in Glashütte was a combined effort, reflecting Lange’s conviction that specialization was key to quality. New companies were formed to manufacture movements used by the other companies.

Between the wars, life for watchmakers became difficult; some companies didn’t survive, and most of the others concentrated on very simple timepieces, because ostentation in that economic climate was frowned upon. People would wear steel rings to show that they had donated their gold to help the country.

Hitler had a passion for watches, and ordered many from Glashütte, had them engraved and gave them as gifts to his friends and generals. During the war, Glashütte watchmaking companies were also making military equipment such as timers for bombs, and this is why, on the very last day of the war, the Russians bombed the town, before invading. They dismantled all the manufacturing equipment and sent it to Russia as part of reparations. (The Russian brands Poljot and Kirov utilized the material arriving from Glashütte). They even took the drawings. And so in 1945, once again the town had to start from scratch. Luckily the population knew how to build watches, and how to make the equipment that was necessary. For three years they did nothing but make equipment. Then they started making watches, which were, not surprisingly, simple models suitable for ordinary people.

In 1951, the company VEB Glashütter Uhrenbetriebe (GUB) was founded, merging a whole series of previously separate brands including VEB Lange (formerly A. Lange & Söhne) and others. The watches were robust in construction and classic in design. After reunification in 1990, the company was renamed Glashütter Uhrenbetriebe GmbH, and again, it effectively combined all the previously independent Glashütte brands.

The brand name Glashütte Original was registered in 1994; in October 2000 the company, Glashütter Uhrenbetrieb GmbH, became part of Swatch Group. The Manufactory building was refurbished and reopened in 2003. Today, Glashütte Original has its own toolmaking department, with four new toolmakers taken on every year, along with about 24 apprentice watchmakers. The brand has a backlog of six months, and they cannot grow as fast as they would like. This is in part due to the spark erosion machines that they use for part-cutting, which run for 16 hours per day but can nonetheless cause a bottleneck. They are preferred with respect to stamping machines because they are more precise, leave no rough edges on the components nor stressed areas in the metal. Today, about 300 people are employed on watches, with a total of 550 employees worldwide.

The distinctive characteristics of Glashütte Original watches include Côtes de Glashütte, Glashütte stripes, which are wider than Côtes de Genève, and freehand engraving, something that the company is trying to maintain. Vertical integration is proceeding, with dialmaking as the latest specialization to have been brought in-house.

One interesting fact from this very traditional watchmaking company: watchmaking improves your eyesight, because you are using your ocular muscles all the time. The people with worst eyesight in the company are the administrative staff, who spend most of their time in front of computers.

And a last piece of advice for people who would like to work as watchmakers at Glashütte Original. They receive about 300 applications per year, of whom they accept from 20 to 24. Applicants are tested for manual skills and personality, filtering out people who tend to get bored easily. They put some candidates in a room for 8 hours, give them a component to polish, and tell them to hand it in when they’ve finished. Some hand it in after a couple of hours and it looks terrible. Some work all day. Glashütte Original are looking for people who are perfectionists, who hand in their piece after eight hours, having done a good job, but who are not yet entirely happy. Understandably, there are not many people like that. On some days, no applicants are accepted.

This is the story that is beautifully depicted by the Watch Museum in Glashütte, in the premises of the watchmaking school founded in 1878. The museum itself was instituted by Glashütte Original in 2008; the town contributed their own collection of timepieces. It’s a fascinating visit.

German Watch Museum Glashütte
Schillerstraße 3a
01768 Glashütte/Sachsen
www.uhrenmuseum-glashuette.com
Opening times: every day from 10am to 5pm 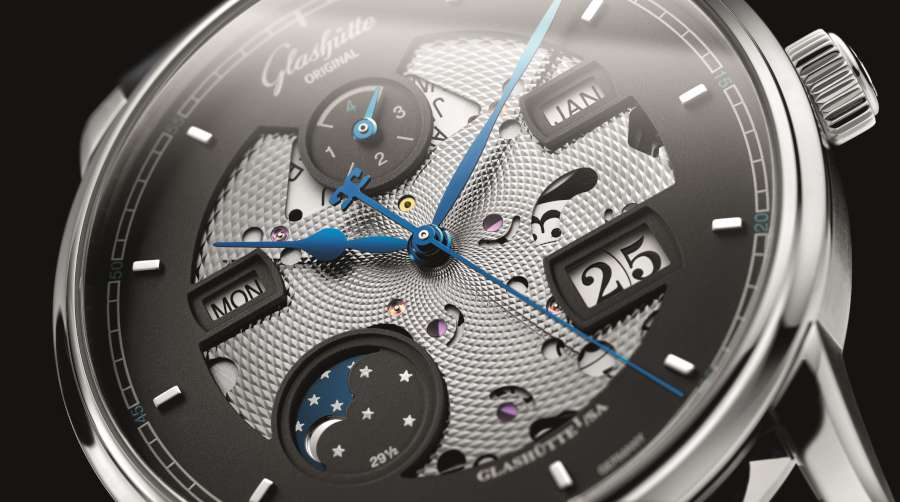 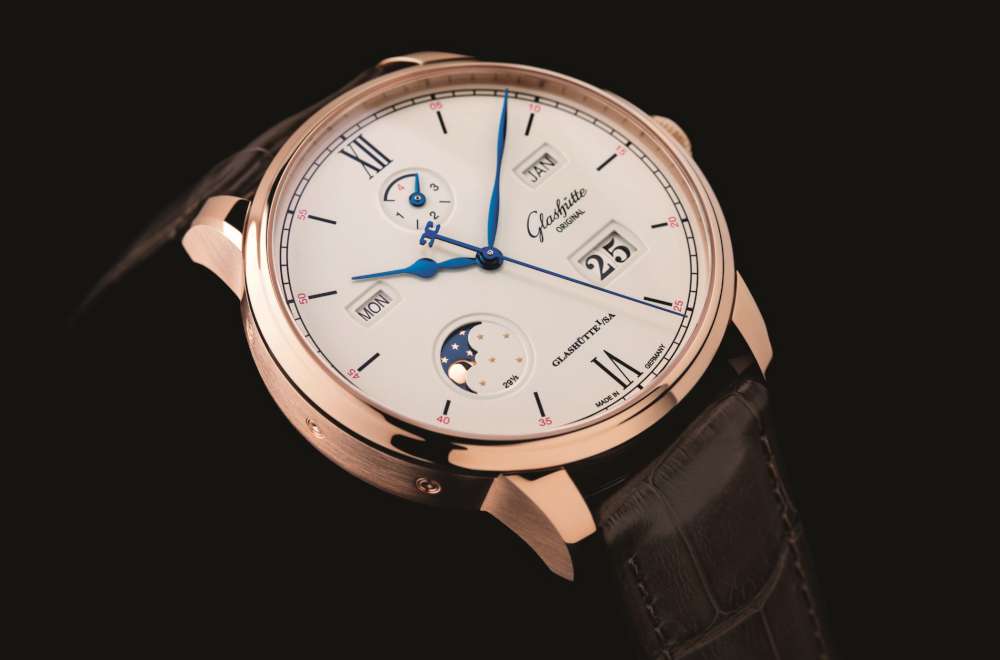 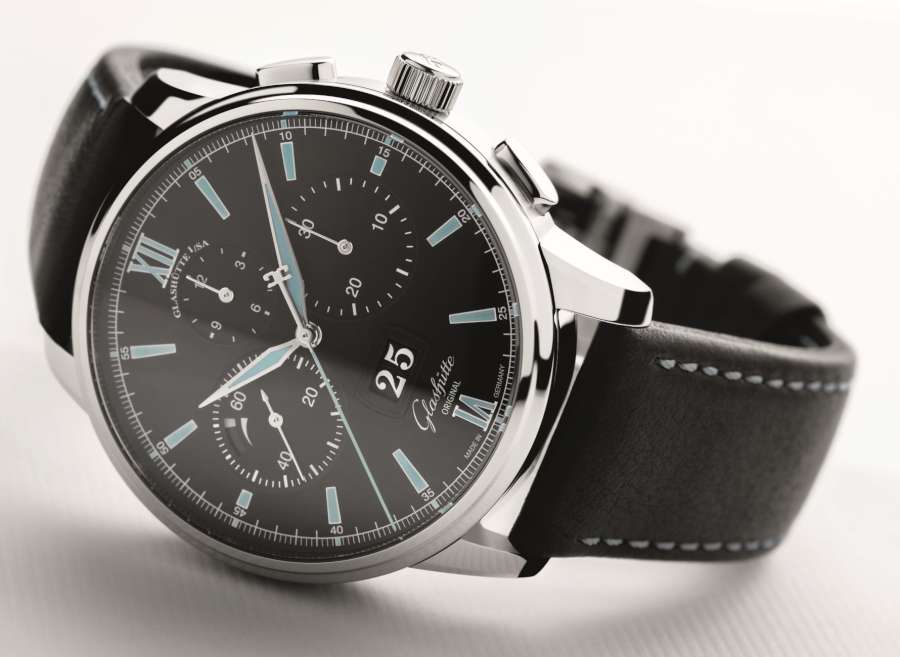 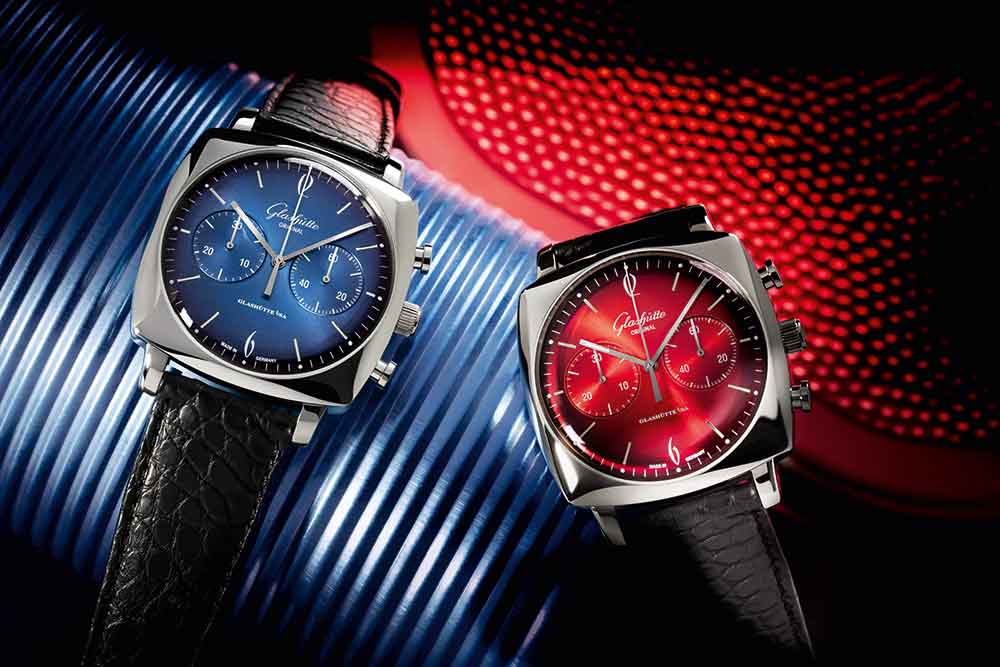 Glashütte Original, a story of survival