From 2020, ETA (part of Swatch Group) will be able to stop supplying third-party clients with watch movements. ETA currently supplies about 70-75% of all Swiss-made movements, both to Swatch Group companies and to other brands, including their competitors, watch movement manufacturers such as Sellita and Soprod. The latter and their like therefore have about four years in which to develop their movement-manufacturing capacity. Nonetheless they will be able to continue buying the hardest part of the movement to make, balance springs with balance wheel, from Nivarox, which is also part of Swatch Group.

But there is another deadline approaching that will also have notable repercussions on the market. Swatch Group have announced that they will stop selling spare parts to independent watch repairers on 31 December 2015. After this, only authorized Swatch Group service centres will have access to these parts.

This is just the latest event in a long-running dispute between Swatch Group plus other luxury watch makers on one hand, and CEAHR, Confédération Européenne des Associations d’Horlogers Réparateurs (European Confederation of Watch & Clock Repairer’s Assocations) on the other. In 2004, CEAHR said that from 2002, the manufacturers had begun to refuse to sell spare parts to watch repairers who were not amongst their authorized networks. The EU antitrust watchdog commission began an enquiry, which ruled in favour of Swatch Group and the other manufacturers in 2008, reopened the investigation in 2011, and closed it again in 2014 confirming the previous ruling.

The watchmakers’ associations involved are in EU countries including France, Germany, Italy, Spain and the U.K.

What does all this mean in practice? Here’s an example. You own a Longines that you inherited from your father and you’d like to have it repared because it’s running erratically, but you don’t want the caseback replaced because you like the signs of its life on your father’s wrist. Previously, you would have been able to take it to your local watch repairer who would have followed your instructions, opening the watch, disassembling the movement, replacing the pivot that was causing the problem, cleaning and lubricating, and reassembling. Under the new arrangements, this is no longer possible. You’d have to take it to a Longines retailer, who would send it back to one of the Swatch Group repair centres (Barcelona or Milan), who would do the work to perfection, even providing a guarantee. They would also replace the caseback as a matter of course. So you would have to pay more, and, assuming that you are delivered the original caseback along with the repaired watch, you would have to return to your local watchmaker again to have it changed back.

This is a pity, for several reasons. Apart from the additional cost and loss of control, on the part of consumers, over how they want their watches repaired, there is the question of negative publicity. In my experience, the local multi-brand watch repairer is not just a professional but also an individual who is crazy about watches and is a superb promotional vehicle. When you enter the shop to have the battery in your quartz watch changed, you look around at the cabinets containing a selection of vintage watches, dials and components, and you can’t fail to be fascinated. You may even become an enthusiast for mechanical watches and a customer of Swatch Group or another brand. To be honest, it seems like a rough deal for the local watchmakers.

An increase in value in second-hand watches

ETA, with their customary Swiss efficiency, have already introduced checks on spare parts orders to prevent anyone from stockpiling. One of the outcomes of the block on supply to watchmakers could be a rise in the value of secondhand movements and watches that can be used as miniature mines from which to extract spares. And eventually it will presumably favour movement manufacturers such as Sellita and Soprod who will perhaps one day supplant ETA in spare parts supply. But as they themselves admit, they have a long way to go, and watch repairers are also aware of the difference in reliability between ETA movements and the Sellita equivalents. It”s a complicated business. 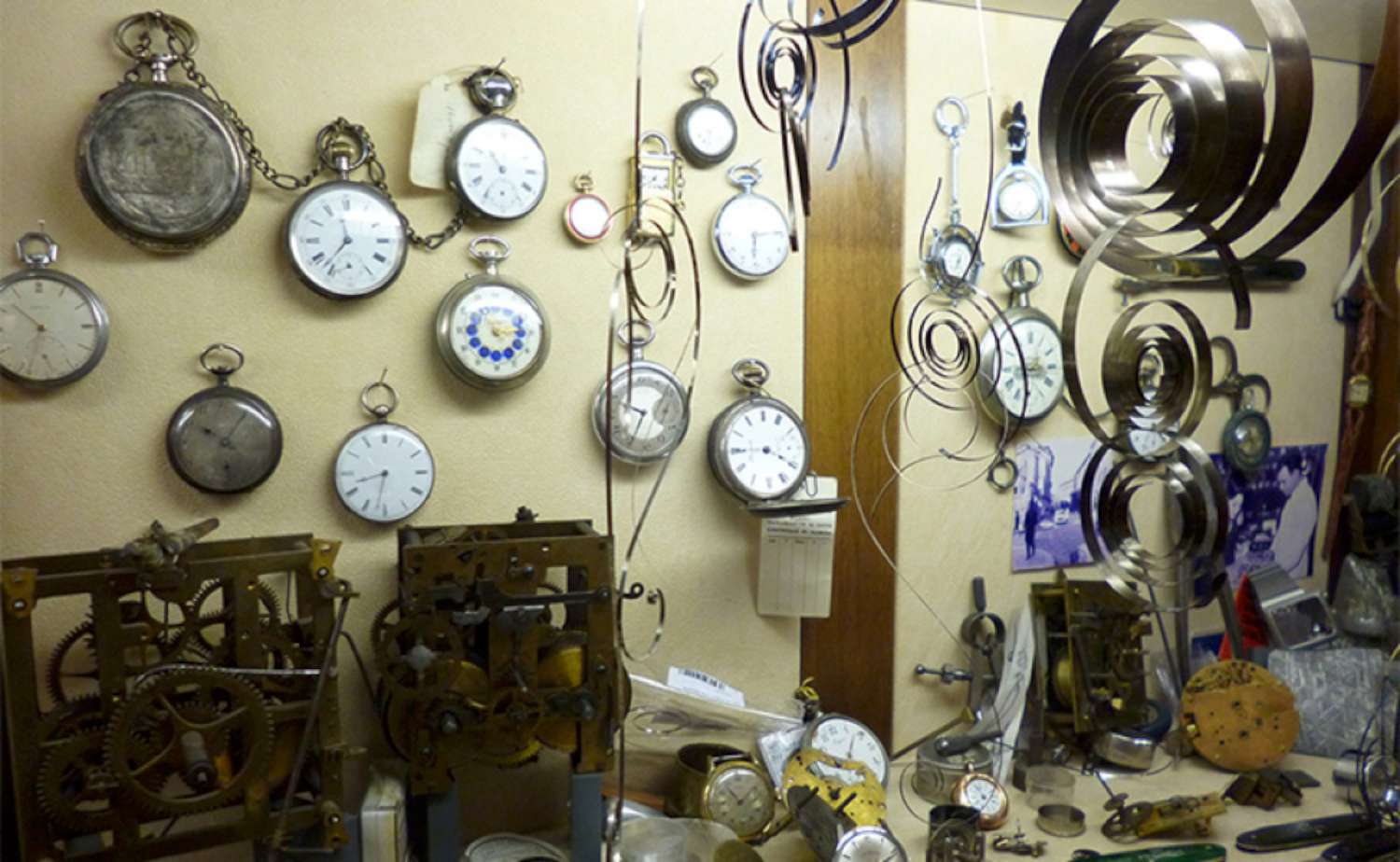 One thought on “Watchmakers protest, CEAHR vs. Swatch Group”