Eberhard & Co. is one of the few Swiss watchmaking brands to have remained truly independent, and so not part of Swatch Group, Richemont, Sowind etc. It was founded in La Chaux-de-Fonds, Switzerland, by Georges Eberhard in 1887 (he was just 22 at the time) as the Manufacture d’Horlogerie Eberhard & Co. Chronographs have always been an important part of their work: their first wristwatch chronograph was launched in 1919, at that time with a single pusher. In the same year, Eberhard’s sons Georges and Maurice took over the company. In 1935 they introduced a chronograph with double pusher, so that start and stop functions were separated from the reset button. In 1938, the hour subdial was added, and in 1939, the split-seconds function was introduced, so that the chronograph could be used to read an intermediate time while the chronograph was still running. Their Extra-Fort chronograph was launched in 1947 and became a classic for the brand. The Contograf was introduced in the 1960s.

The company adopted quartz in the 1970s, but in 1982 confirmed their allegiance to mechanical watches by producing the Replica Marine chronograph. In 1992 they introduced the 43-mm Traversetolo, similar to a pilot’s watch design and an anticipation of the move towards large diameter men’s watches. In 1996, the Eight Days watch had a power reserve of eight days by virtue of a double mainspring barrel. The Chrono 4, presented in 2001, is unusual because it is the only chronograph to have four subdials arranged in a horizontal row.

Eberhard dedicates many chronograph models to Italian racing driver Tazio Nuvolari. Below is an evocative video showing some of these:

The company has long performed particularly well in Italy, with its watches used by the Italian Navy in the 1930s, and particularly from 1969, when Italian businessman Palmiro Monti acquired a majority holding of the share capital and ran the company until his premature death in 2005. His daughter Barbara Monti is currently CEO of the company. Her husband Mario Peserico is General manager, and runs the international marketing from an office in Milan, Italy. The brand has about 350 points of sale worldwide. Its principal markets are Italy (in 2005 Europe represented 70% of total sales), Spain, Germany, Japan, Russia and the United States. Currently Eberhard makes approximately 16,000 watches per year. 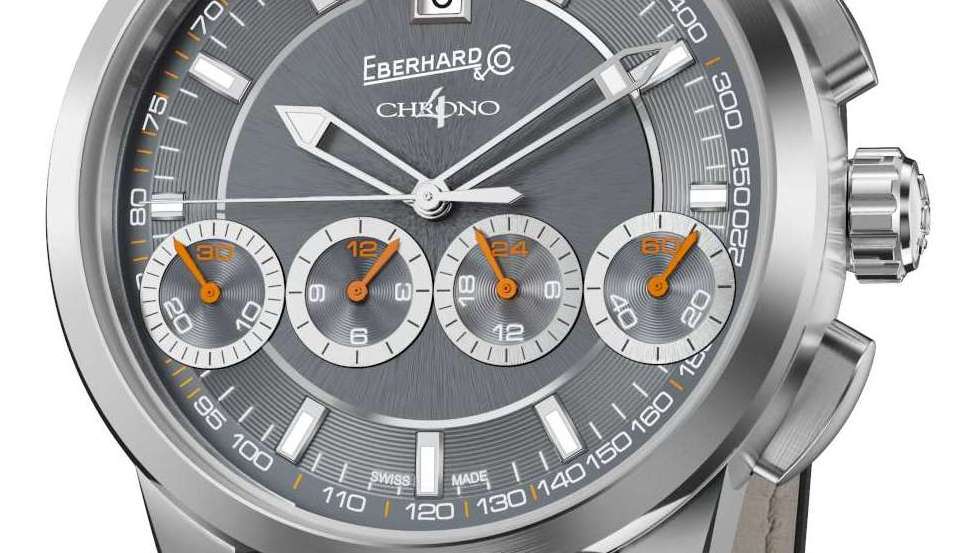 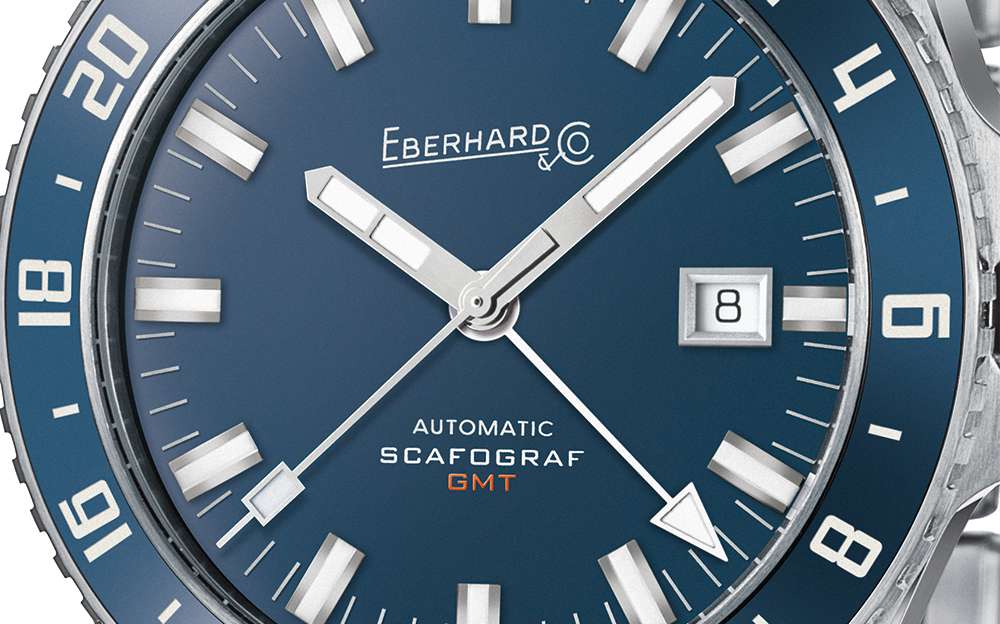