Head of the serpent indicates the hours

Tail of the serpent indicates the minutes

Central motif based on the feathered snake Quetzalcoatl, a divinity of the central American civilisations considered as governing the passage of time from dawn to dusk 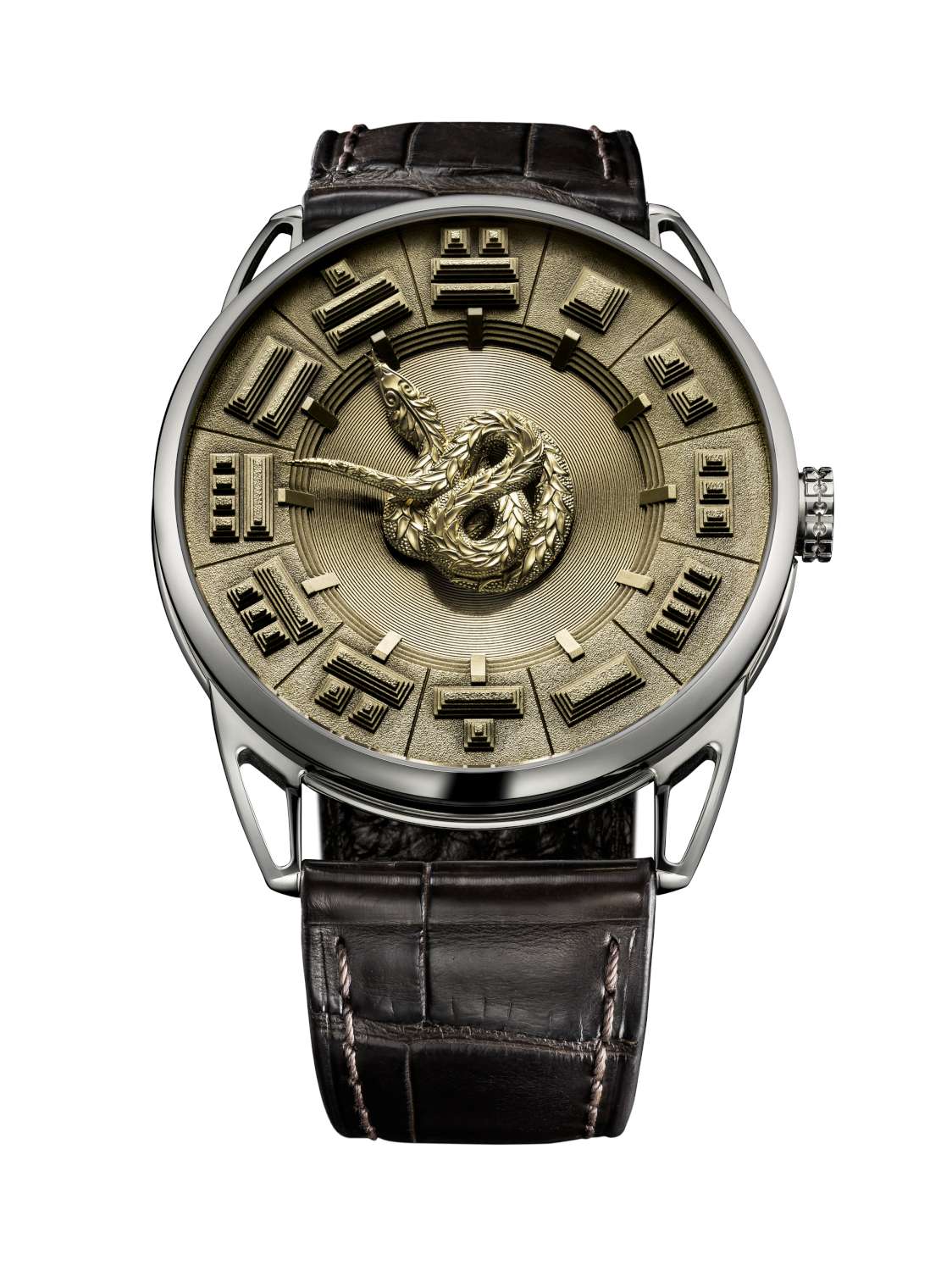 This limited-edition watch by De Bethune has a very theatrical presence, with the feathered serpent Quetzalcoatl at the centre of the dial, indicating hours with its head, and minutes with its tail. The remarkable thing is that whatever the time, the coiled snake looks perfectly realistic, with no awkward joints. The hour markers are also ingenious, like Aztec temples seen from the sky. The overall effect is similar to the Excalibur by Roger Dubuis showing the knights of the Round Table: you feel as if you are a privileged outsider peeping in onto a mysterious and unfathomable scene.

The name Quetzalcoatl, the Mesoamerican feathered snake divinity, is based on quetzalli, the green feathers of the quetzal bird, and coatl, snake.. Quetzalcoatl governed the cycle of time from dawn to dusk. He is also symbolic of the union between Earth (serpent) and Sky (feathers), which is connected to another duality, body and mind.

The drum-shaped case is in white gold, 44 mm in diameter, thickness 12.50 mm. Its hollowed lugs lighten the piece. The serpent is engraved in solid gold by Michelle Rothen, working to drawings by David Zanetta, De Bethune co-founder and designer, and it is set on the circular guilloché of the central part of the dial. Surface finish is differentiated for the different parts of the watch, such as the soft matt surface of the hour-indicator temples (inspired by the Aztec ruins of Templo Mayor in the city of Tenochtitlan). The strap is in extra-supple alligator leather with pin buckle. 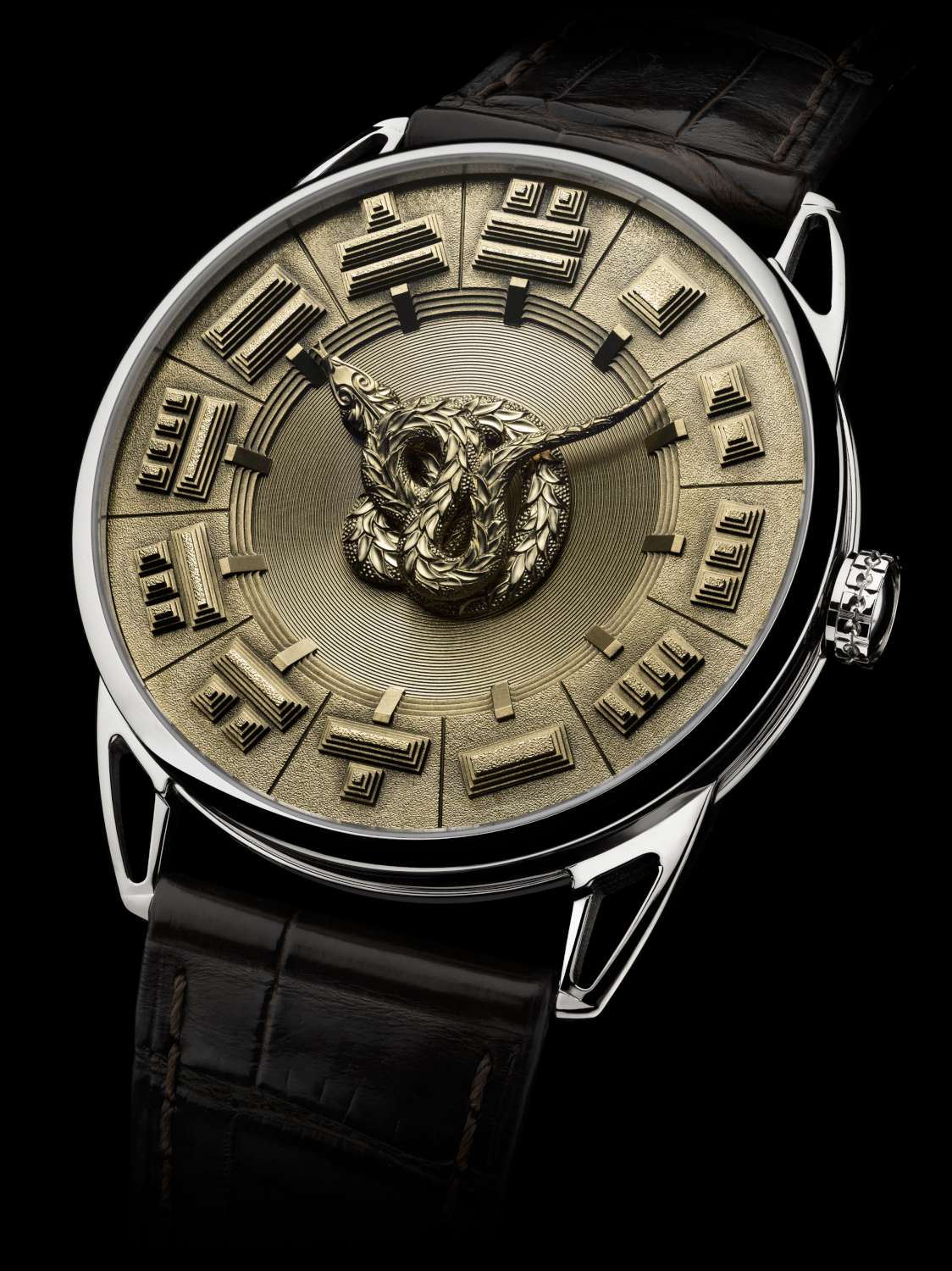 When you turn the watch over, the view is completely different, ultra-modern, with mirror-polished bridges in the fascinating De Bethune shapes. The Calibre DB2005 movement is mechanical hand-wound, running at 28,800 vph (4 Hertz), with one of the brand’s patents, a self-regulating twin barrel that provides a 6-day power reserve. It has 173 components, which include other De Bethune patents: a balance in titanium/platinum, balance spring with a flat terminal curve, the triple pare-chute shock-absorbing system, and a silicon escape-wheel. 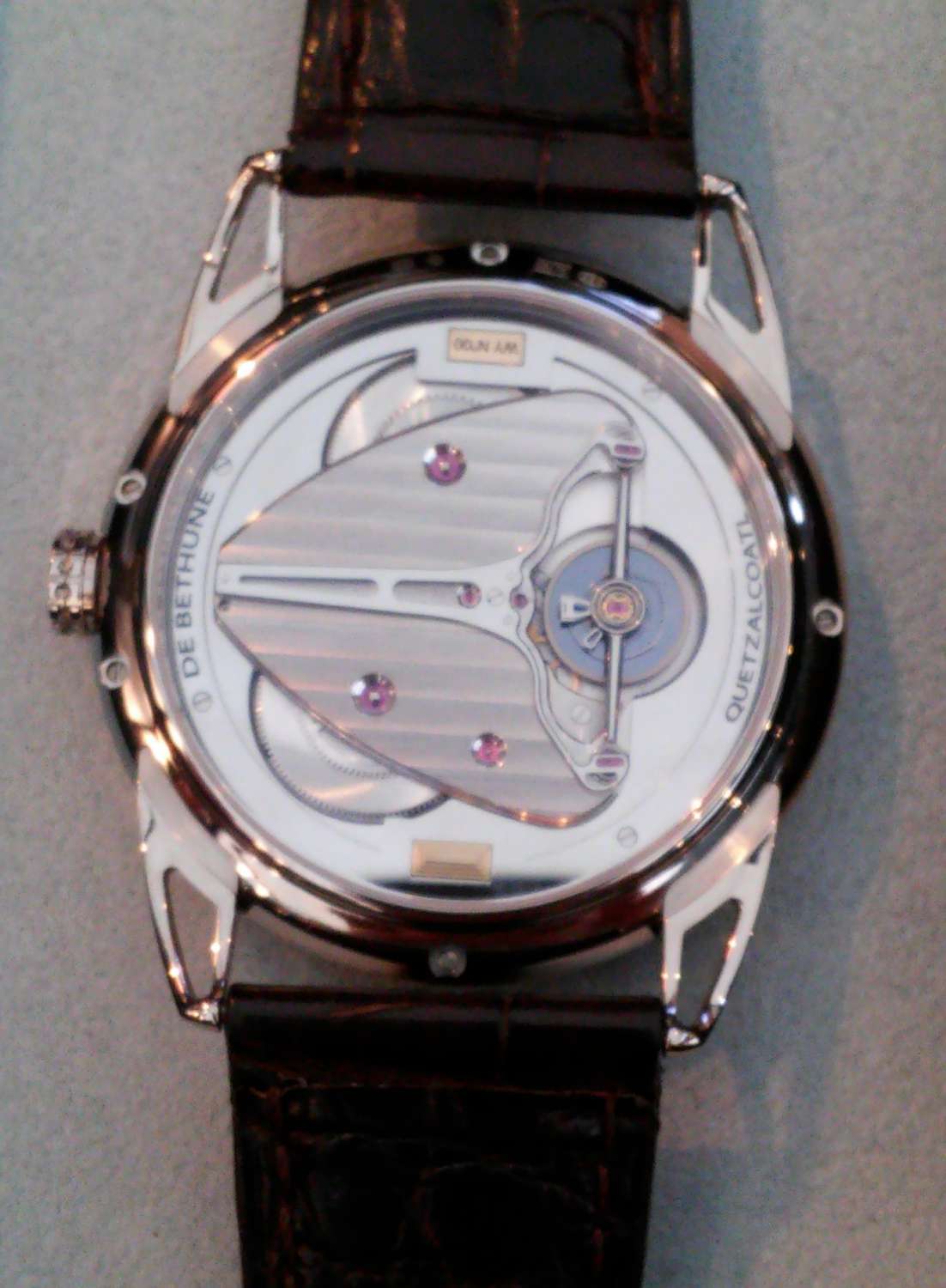 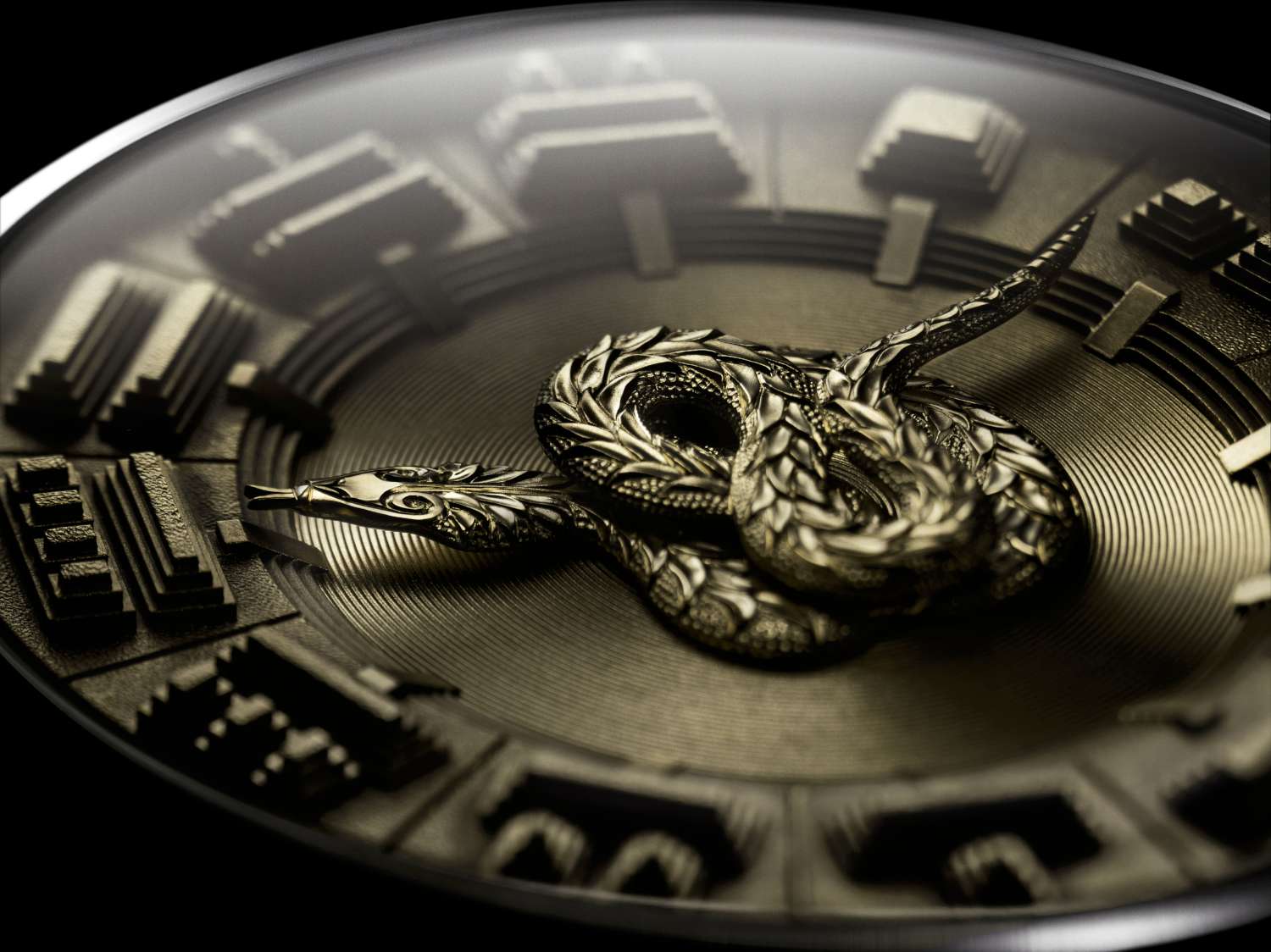