Three years ago, the Bell & Ross Vintage Sport Heritage paid tribute to the 50th anniversary of the Dassault Falcon business jet. This year, Bell & Ross feature another Dassault aircraft, the multi-role fighter jet Rafale, with its chronograph BR 03-94 Rafale. Like all Bell & Ross watches, the concept that the designers want to get across is that of feeling as if you were wearing part of an aircraft on your wrist. The watch was released on occasion of the Le Bourget air show, 15-21 June 2015. 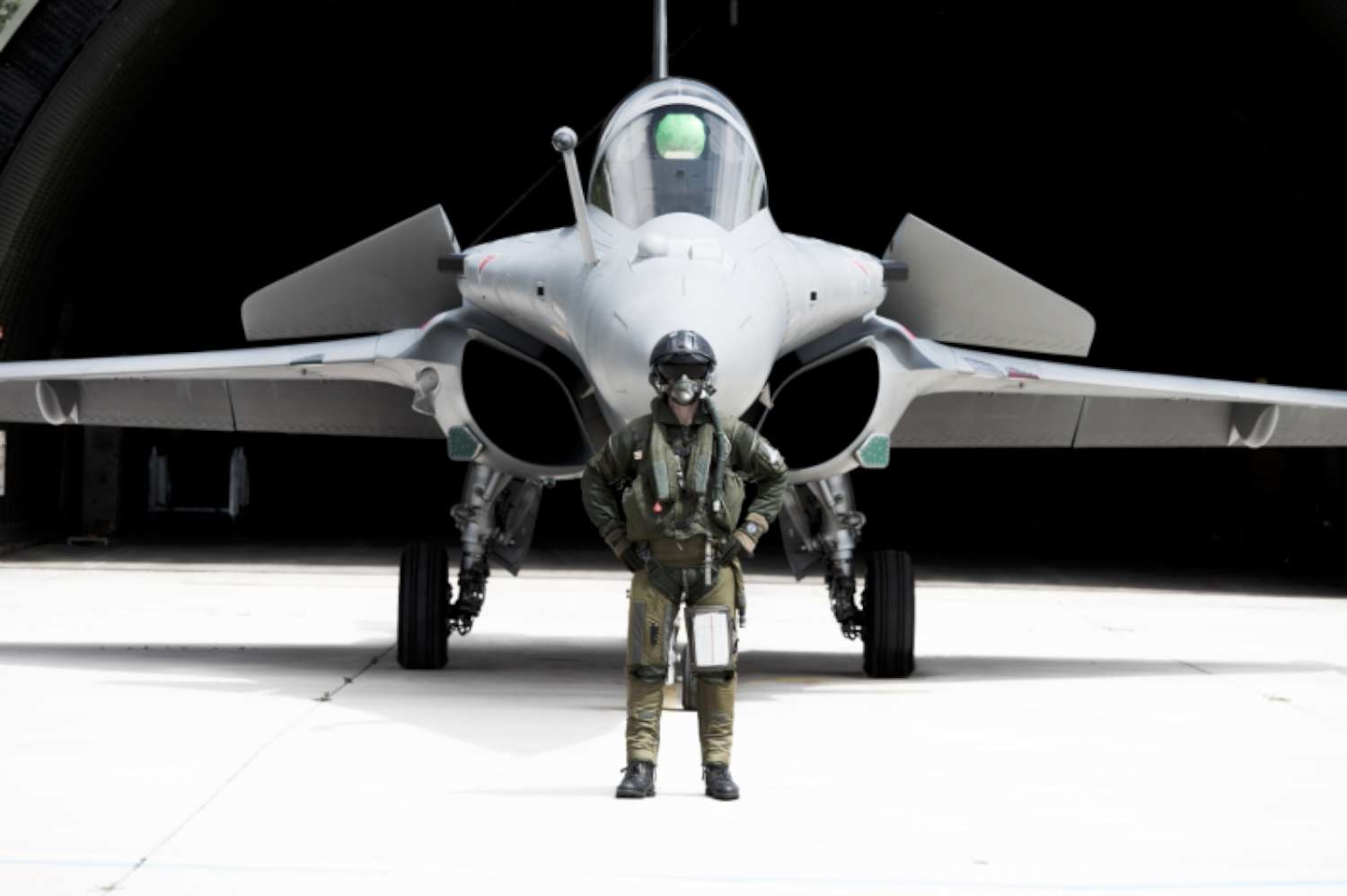 The BR 03-94 Rafale is a chronograph watch, with orange used for the chronograph seconds and minutes hands, contrasting with the overall grey dial colour. The small seconds subdial has a drawing of the Rafale aircraft. SuperLuminova is used on the hour and minute hands, and the numerals. The 42mm-wide case is in matt black ceramic, containing and protecting the movement with its own metal case, and fastened using eight functional screws. It has a water resistance of 100 metres. The watch has a black rubber strap with a black PVD-coated steel pin buckle. 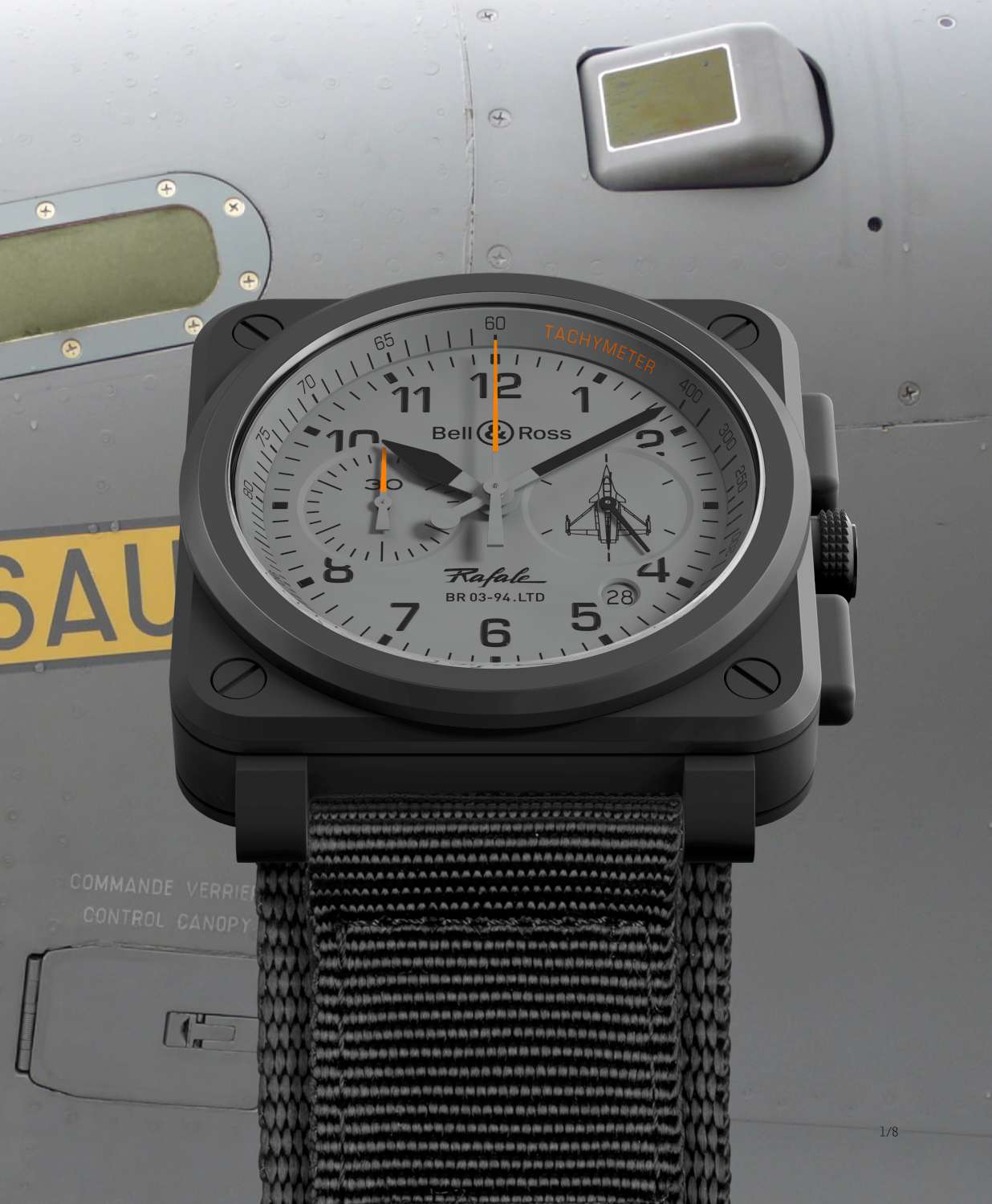 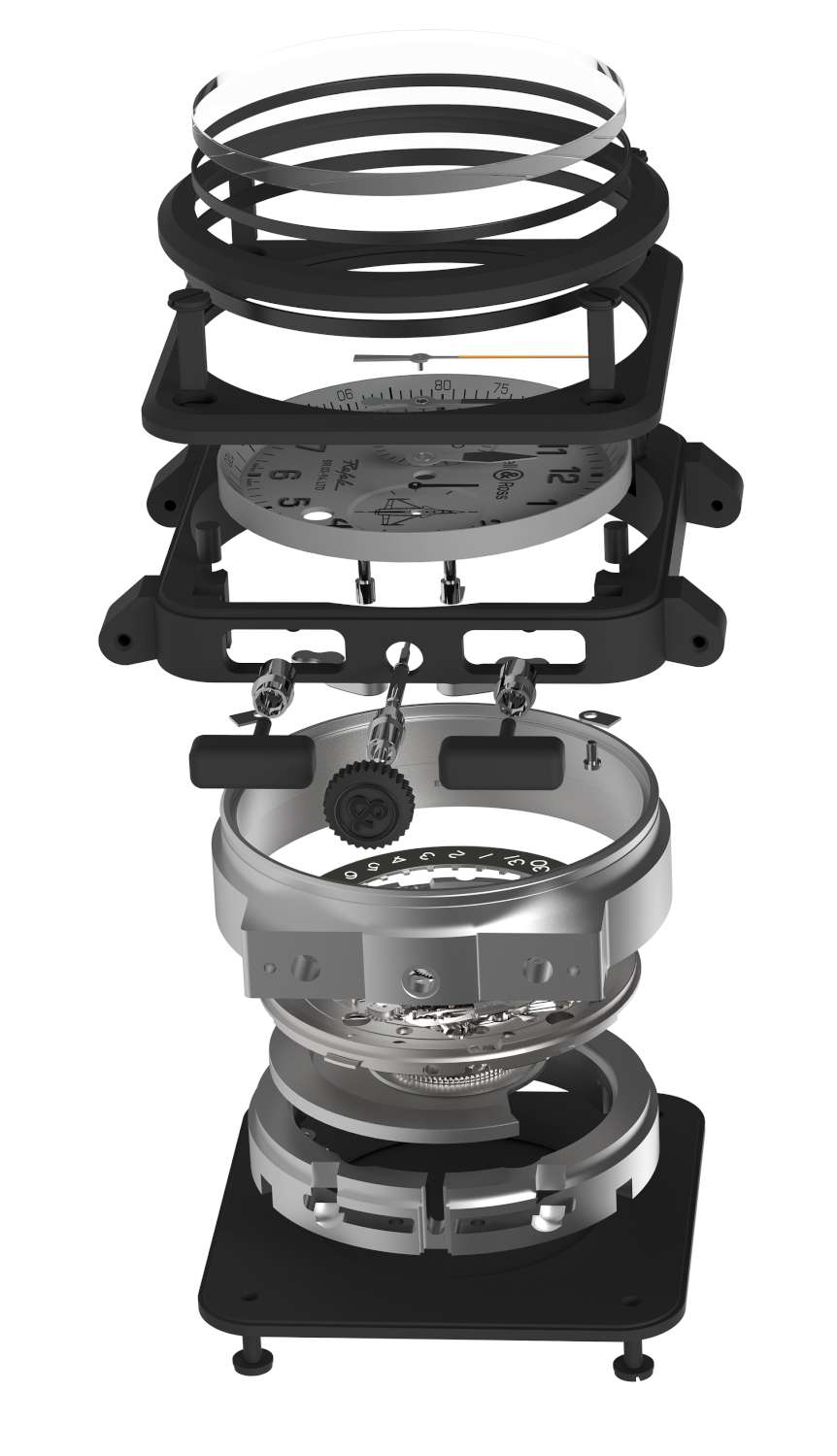