Hour indices applied to inside of watchglass 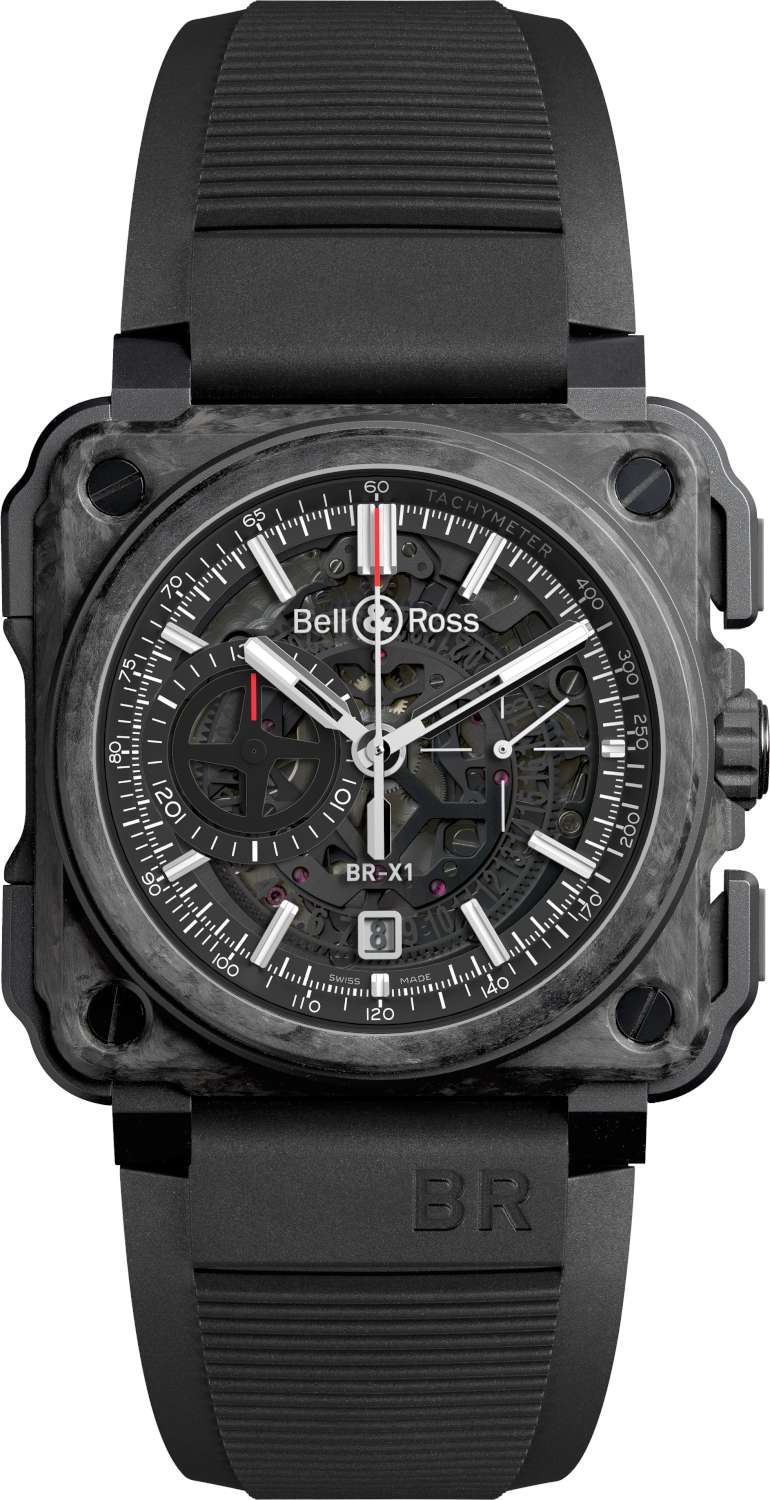 For a brand like Bell & Ross, carbon is certainly the way to go, with its tough and sporty appeal, and its links to motor racing and aeronautics – it is a material used in the fuselage of modern fighter aircraft. You could describe this piece as a souped-up, body-built version of the BR-01, with its large, 45mm case protected by ceramic and rubber. With respect to the previous version of this watch (read about the BR-X1 skeleton chronograph here), in this piece it’s the marbly carbon that makes the difference. It’s without doubt one of the trends of the year: other examples include Panerai’s Luminor Submersible 1950 Carbotech, the Locman Stealth 300 Metres Carbon, and the HYT H4 Gotham, along with many others. 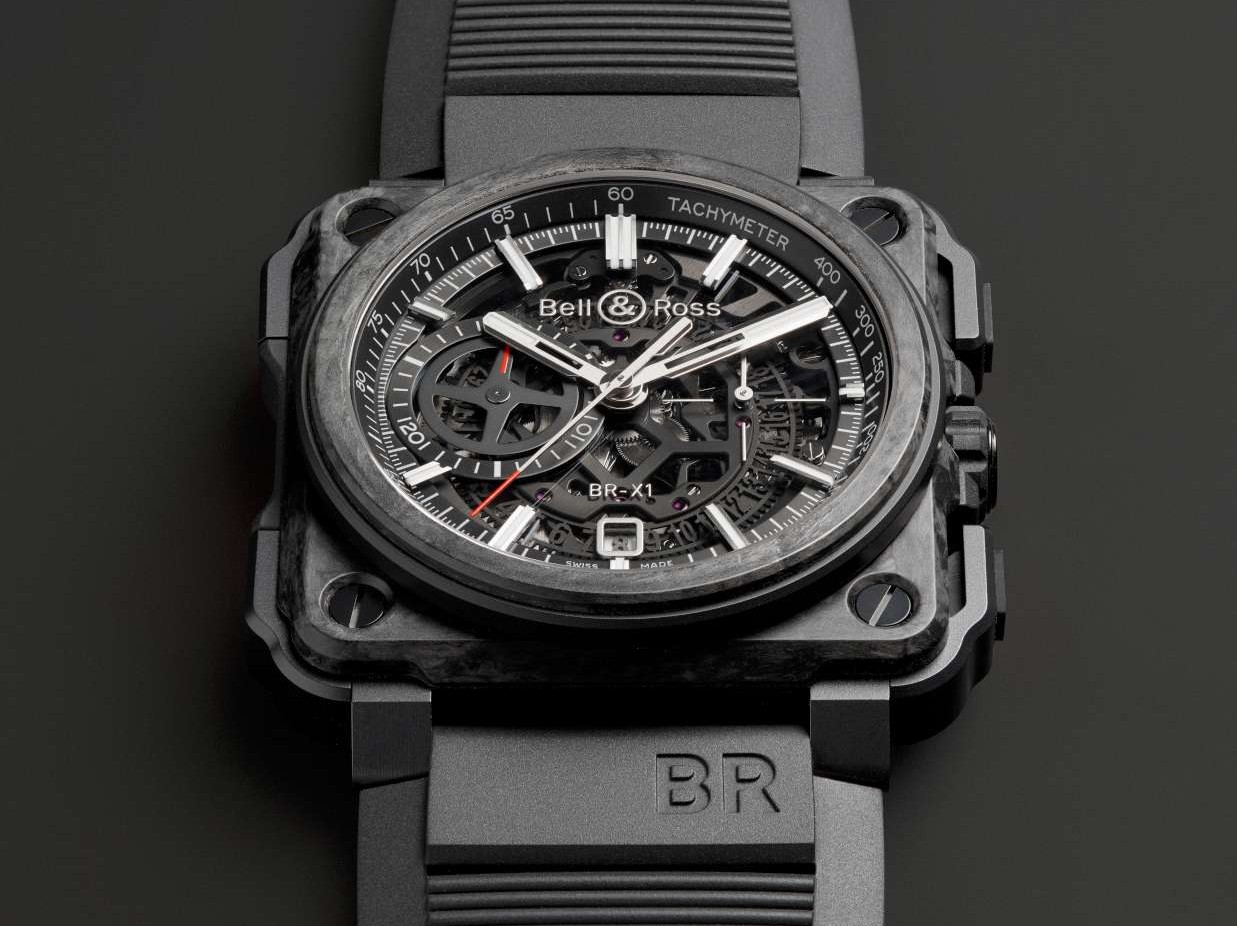 Bell & Ross call their material Carbone Forgé, and it is made by combining carbon fibres and a thermosetting resin under pressure in a mould. The visual effect is one of marbling, so that each piece looks slightly different. The protective bumper around the case, and the chronograph pushers integrated into this surround, are in ceramic; the pushers have rubber inserts for a better grip when operating the watch.

The movement has an X-shaped bridge, treated in black DLC (diamond-like carbon), and the shape is a reference to the watch’s name, in turn inspired by the Bell (no relation) X-1 experimental plane, the first to achieve manned supersonic flight in 1947. The date ring can be seen at the edge of the movement, with the date framed in a window at 6 o’clock. The hour and minute hands are filled with SuperLuminova, and likewise the hour indices applied to the watchglass. There is a small continuous seconds subdial at 3 o’clock, and the other subdial for chronograph minutes is at 9 o’clock, with a four-spoked disc instead of a hand. The tachymeter scale is on the inner bezel flange. On the back of the watch there is a small opening revealing the balance. The watch has a black rubber strap, and it is water-resistant to 100 metres. In the photo below, caseback of the previous BR-X1 skeleton chronograph: 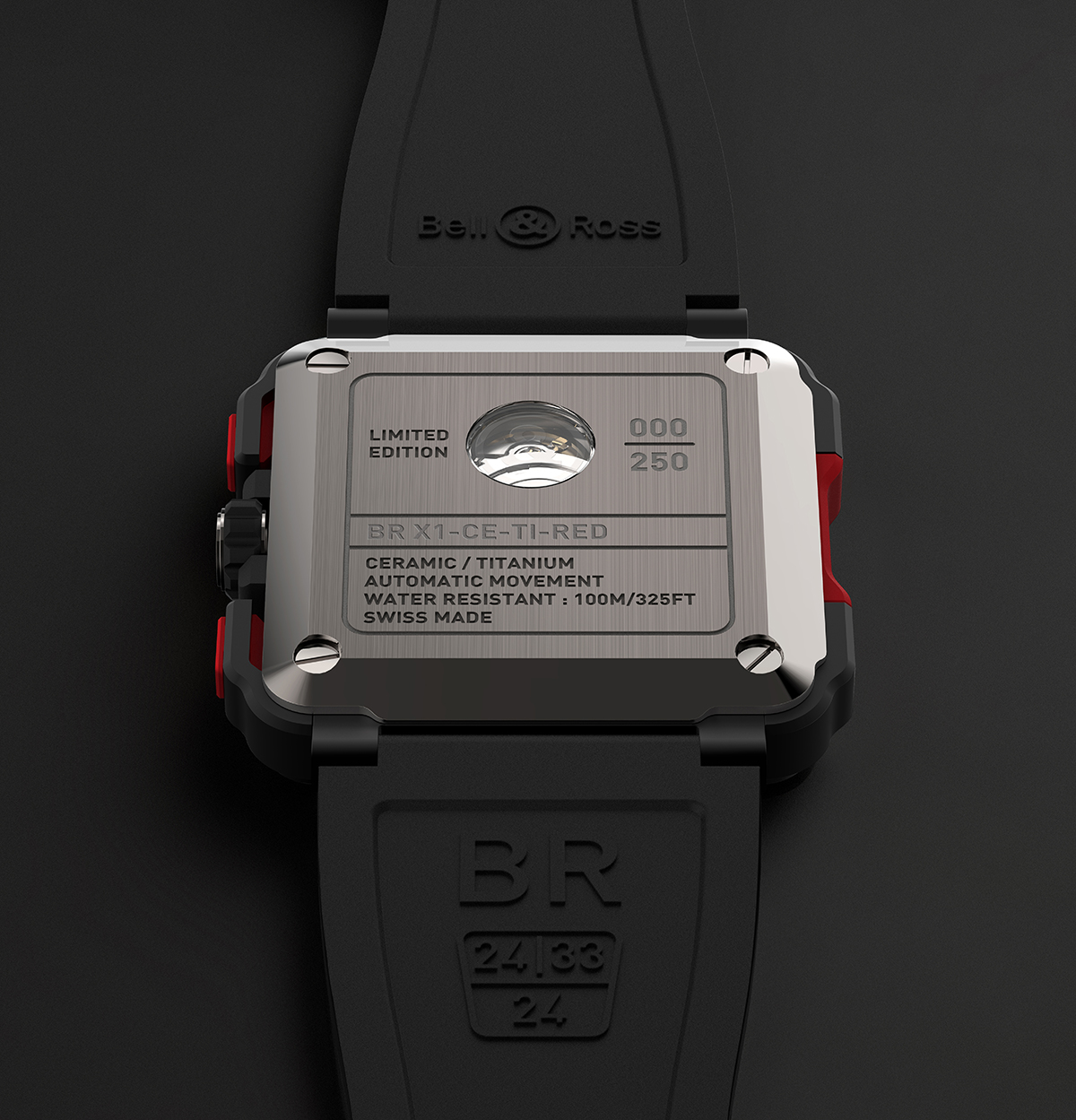 The movement is the automatic BR-CAL.313, probably a reworked ETA 2894-2 or one of its clones. With respect to the ETA movement, Bell & Ross have reworked the bridge and skeletonized the date ring. 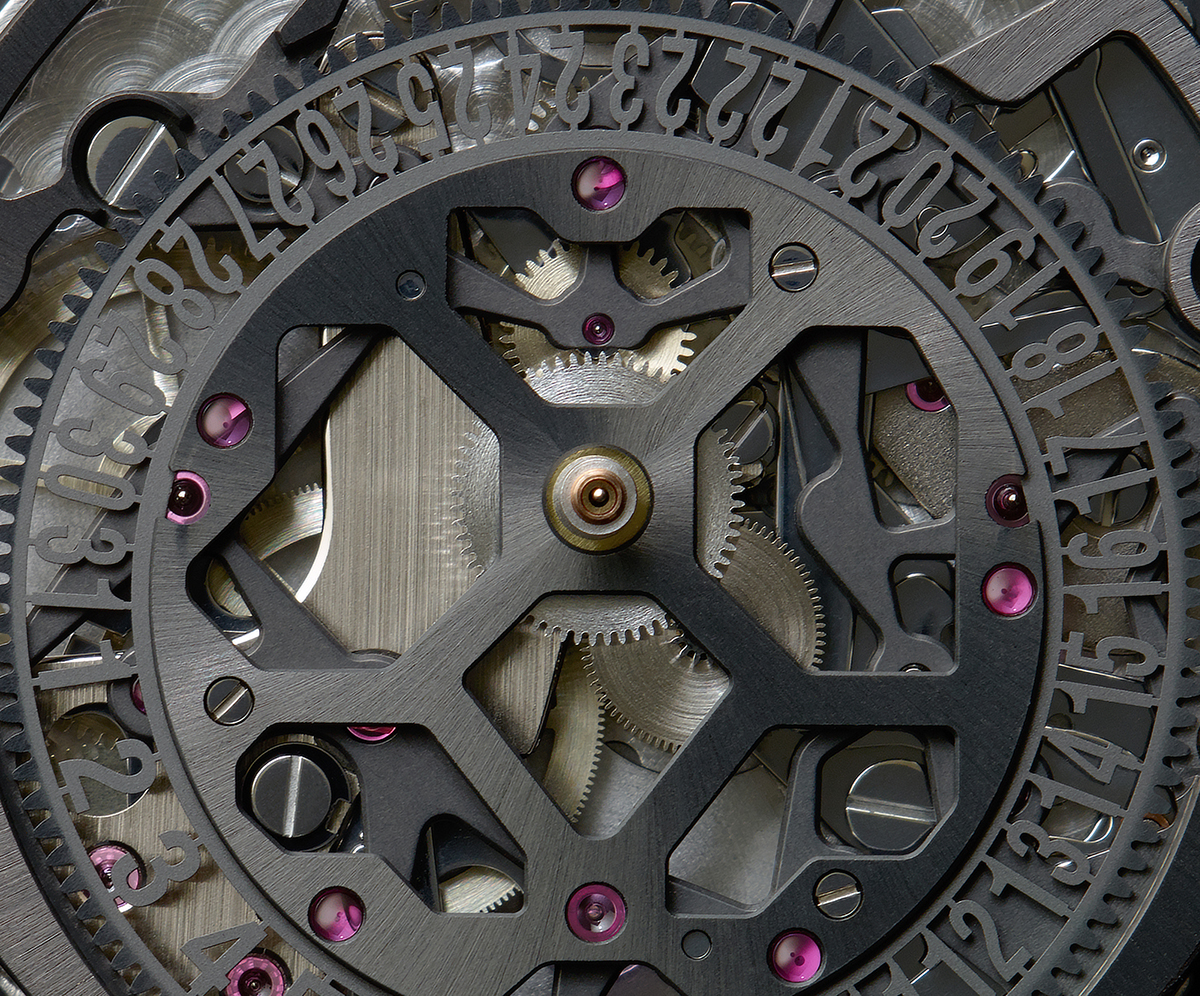