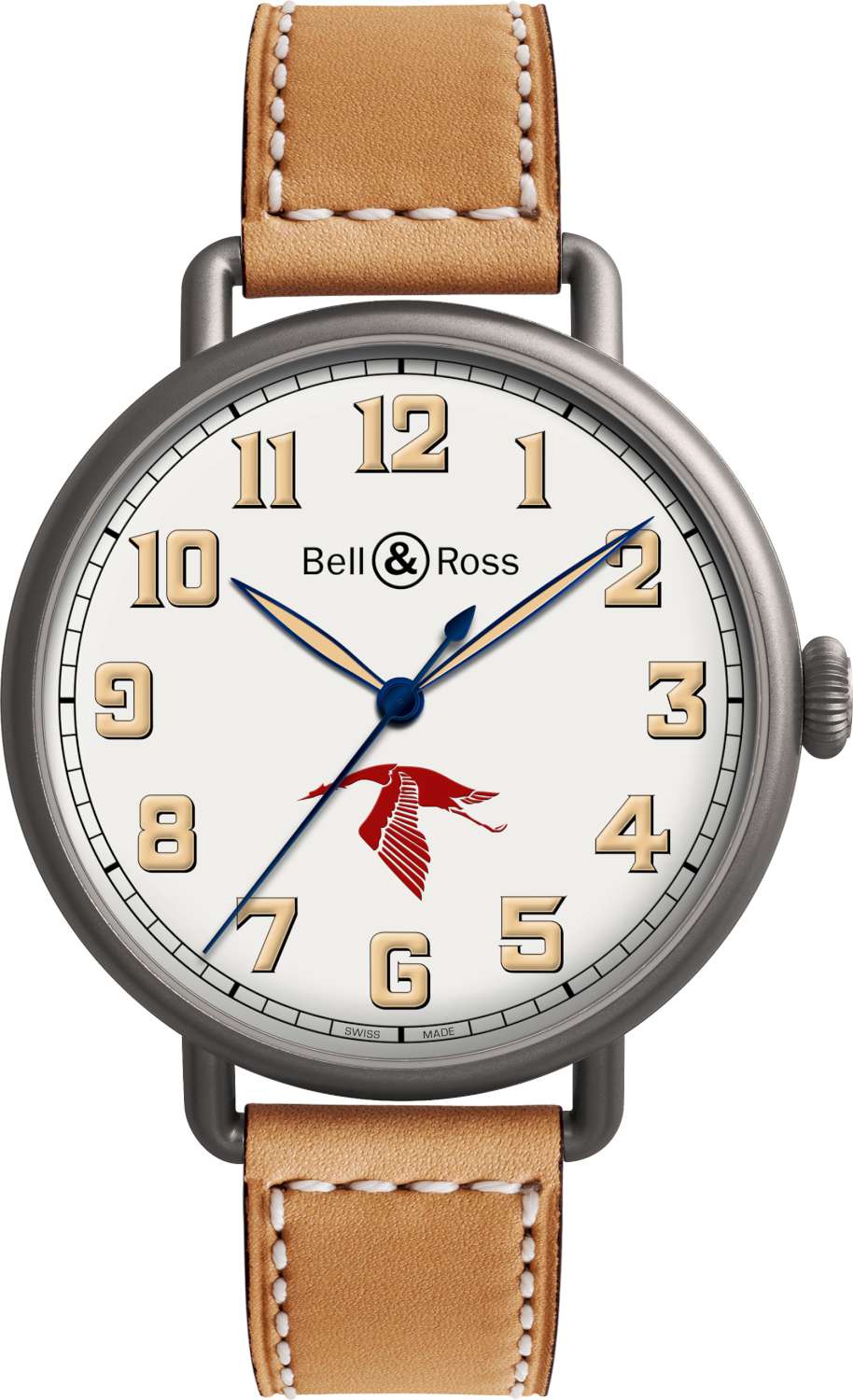 This watch, released last year for the anniversary of the start of the Great War, celebrates World War I French air ace Georges Guynemer, and it shares a lot with the earliest aviation watches. The Bell & Ross Vintage WW1 Guynemer is the wrist-watch version of their 2011 Pocket Watch 1, which has a 49 mm case. In the same way that wrist watches supplanted pocket watches in the air, this WW1 (Wrist Watch 1) piece has the same simple design of its predecessor, with welded wire lugs and gunmetal-grey (grey PVD-coated) steel case, 45 mm in diameter, waterproof to 50 metres, narrow natural leather strap, and oversized fluted crown. The numerals on the dial are painted in vintage-style beige SuperLuminova, and the blued hour and minute hands are also filled with luminescent material. Guynemer’s stork symbol appears at the bottom of the dial, and the caseback is engraved with a portrait of the pilot. The watchglass is domed in shape, made in sapphire. 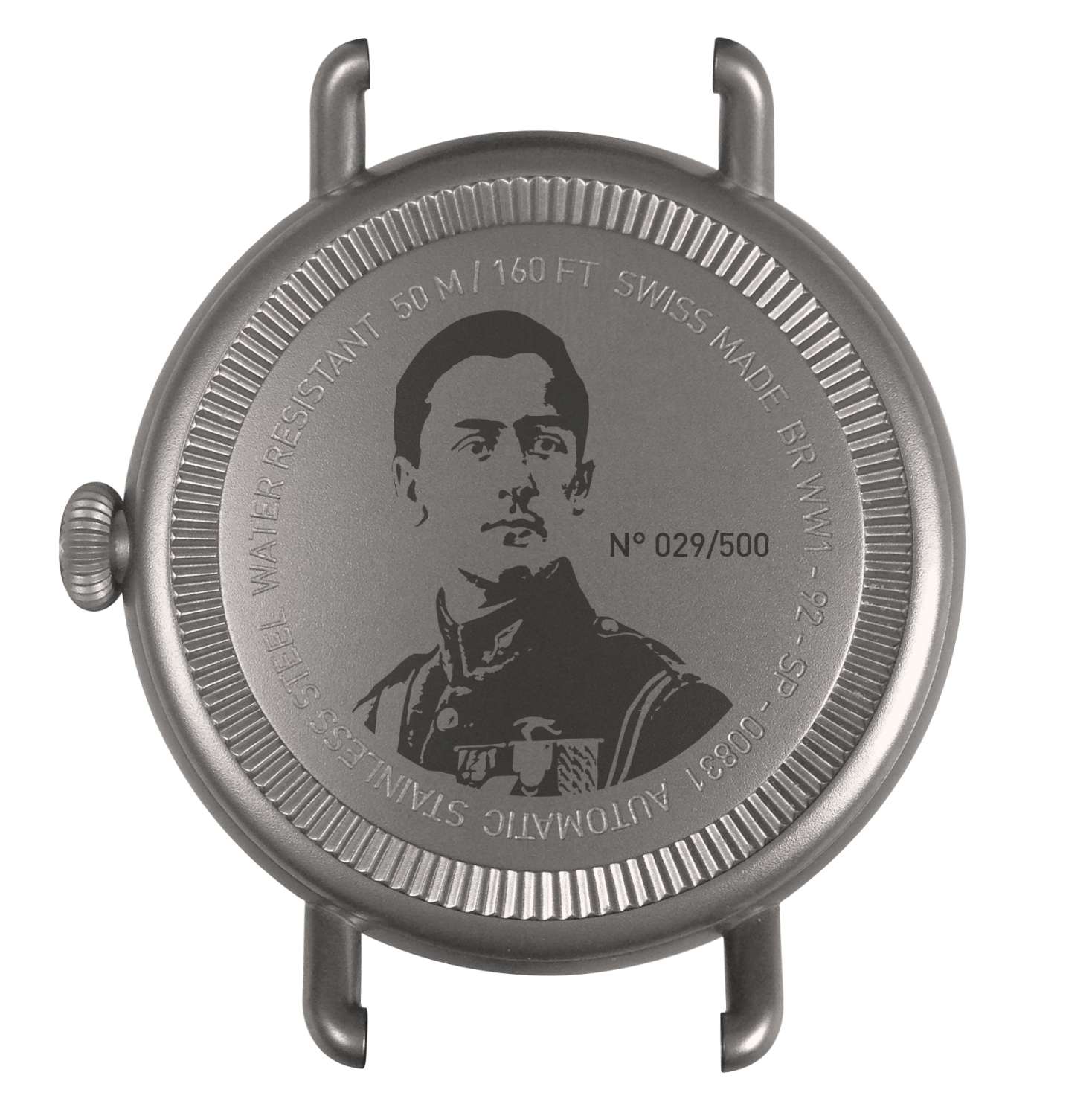 It has a self-winding mechanical movement, power reserve 40 hours.

The watch, reference BRWW192-GUYNEMER, is a limited edition of 500 pieces. Price about$4,100, available on the Bell & Ross e-boutique.

Guynemer began his air force career as a mechanic, but managed to qualify as a pilot in April 1915. He was assiend to the Cigognes (stork) squadron, whose official name was N3, and whose emblem was the stork because there were a lot around the squadron’s base in Reims. He initially flew a Morane-Saulnier Type L, that he christened “Vieux Charles”. Later he flew the Nieuport 10 and the SPAD, reaching a total of 53 confirmed vistories and 35 probables. He died in the air on 11 Sepember 1917, at the age of 22. The École de l’Air, created in 1935, adopted Georges Guynemer’s motto “Faire Face” (to overcome), and another of his quotations is engraved on a plaque alongside the runway at Air Base 701 in Salon-de-Provence: “Until you have given everything, you have given nothing.” 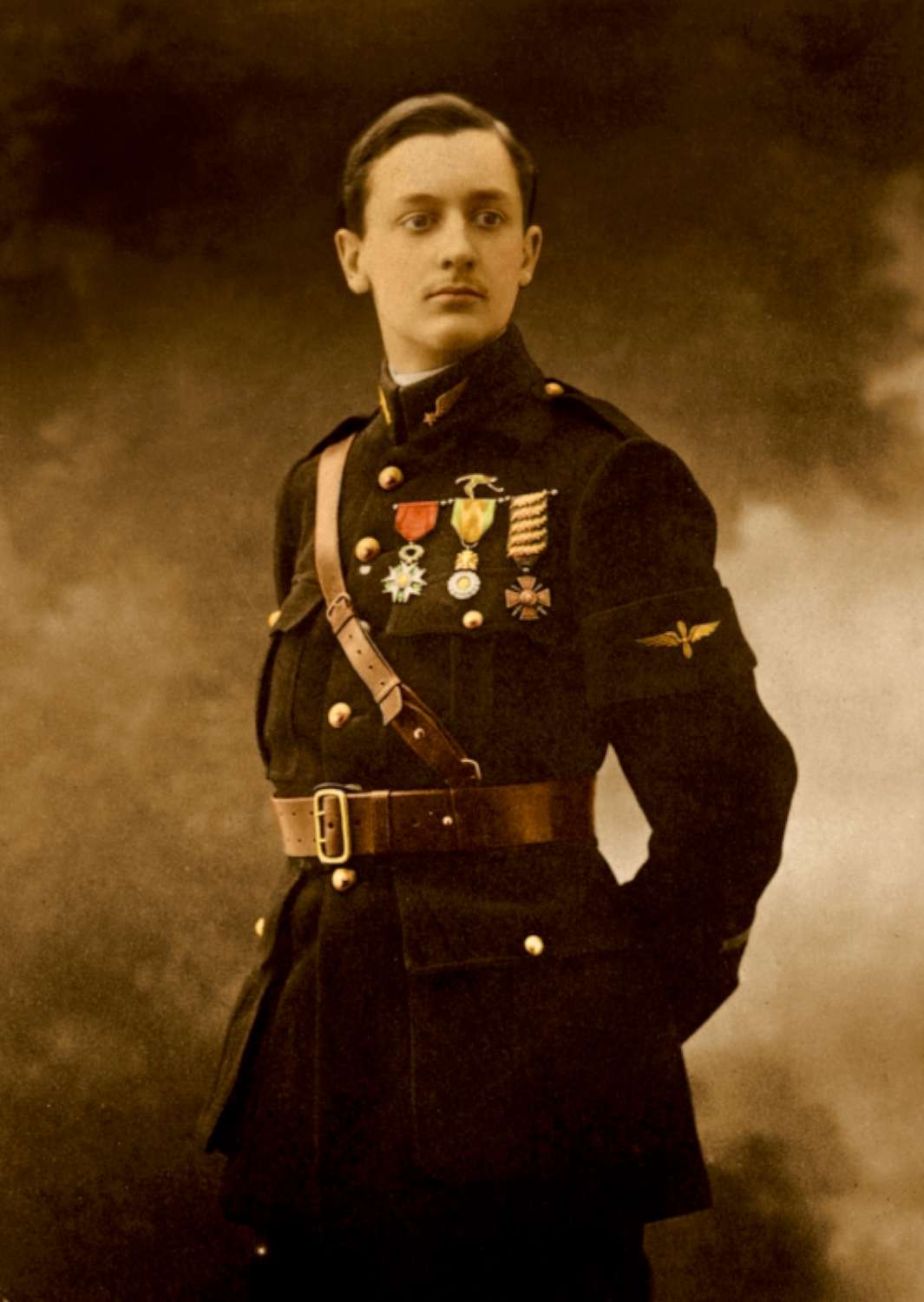