Apple’s ambitions to enter the luxury sector with its Apple watch, one of the versions of which has a gold case like a traditional high-end watch, seems to have got the classic watch brands thinking. The quartz crisis is still a painful memory, and its destruction of about two-thirds of Switzerland’s watchmaking companies was due in part to an erroneous assessment of quartz technology. And so it is not surprising that some Swiss brands are developing their own interpretations of smart technology worn on the wrist.

Before looking at what Swiss watch brands are doing, let’s have a quick look of where wearable technology currently is. Let’s take, as an example, the Timex Sport by Ironman, which is relatively unusual in that you don’t need a smartphone with a companion app to use its smart features. It tracks sport times, fitness parameters, and, by means of its GPS function, it can display speed, distance and position. It has the looks of a sporty digital watch, though the most expensive versions – now about $200 – have an Apple watch-type interface. Forerunner 920XT by Garmin is another 2015 smartwatch, and its characteristics include a waterproof case so that it can be used for swimming. It is Bluetooth-compatible and has a companion app that helps you track fitness and goal statistics. Other functions include a barometric altimeter, heart rate monitor, calorie computation, step counter, and swimming stroke counter. The price of this watch is about $450. In addition to these two examples, there are lots of other similar products. In the images below, Ironman on the left, Forerunner on the right:

So, now let’s have a look at what the watch brands are doing.

These brands belong to the same group and a watch with some smart functions has been presented by both. The group decided to create a watch with a sensor that can sense motion and the sleep cycle, displaying some of this information on the dial. As it’s a classic analogue dial, its smart functions are displayed on a subdial at 6 o’clock, which displays the date on one scale, and the percentage to which sleep or exercise targets have been reached on another. At the same time, the watch can communicate with a smartphone in order to display more complete statistics. The concept was for a classical-looking watch, with a couple of smart fitness-tracking functions, that can operate independently of another device if necessary. The smart functions need electricity to keep them running, and so the brand decided to power the watch with a quartz movement. This also enables them to keep the price down. 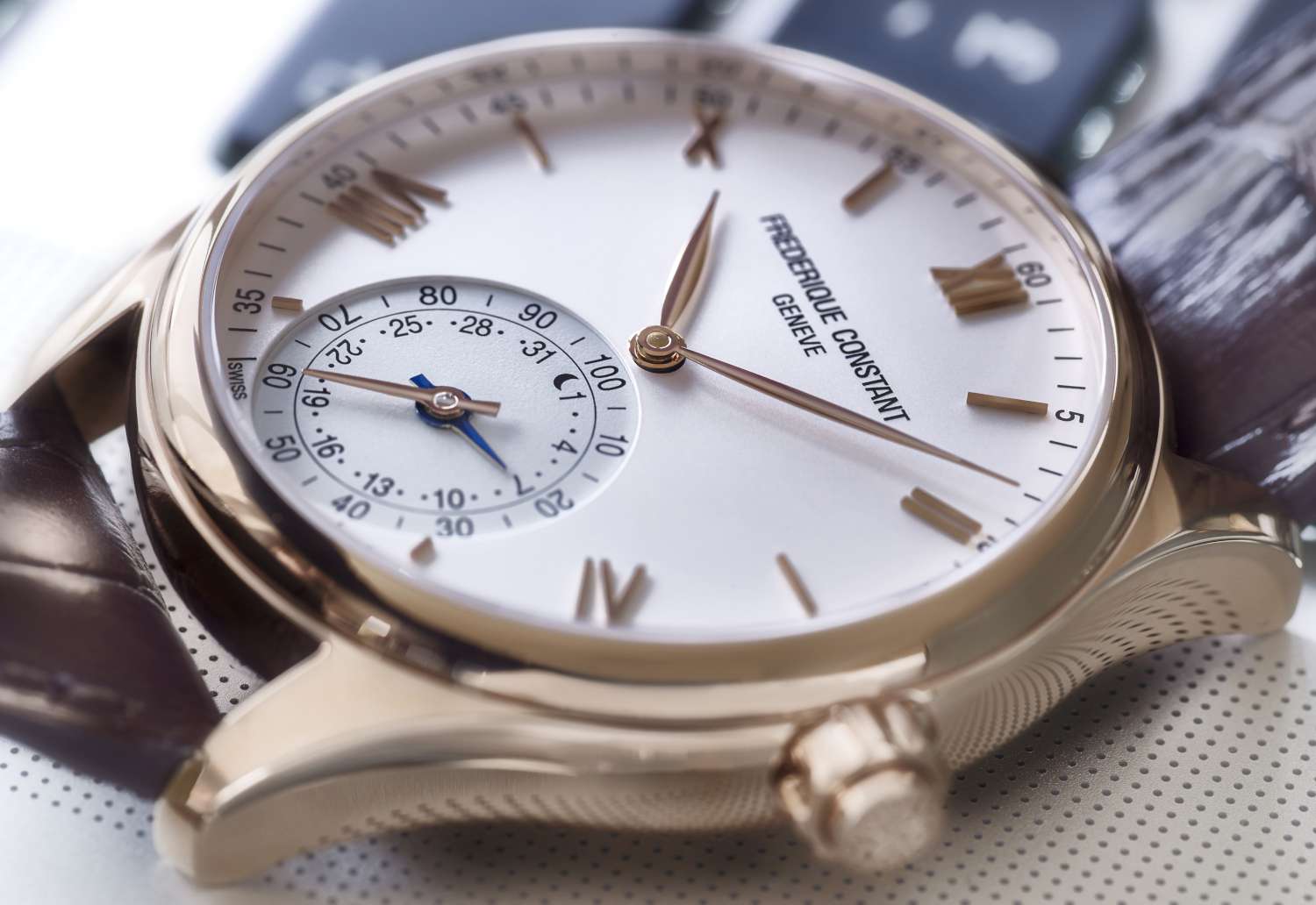 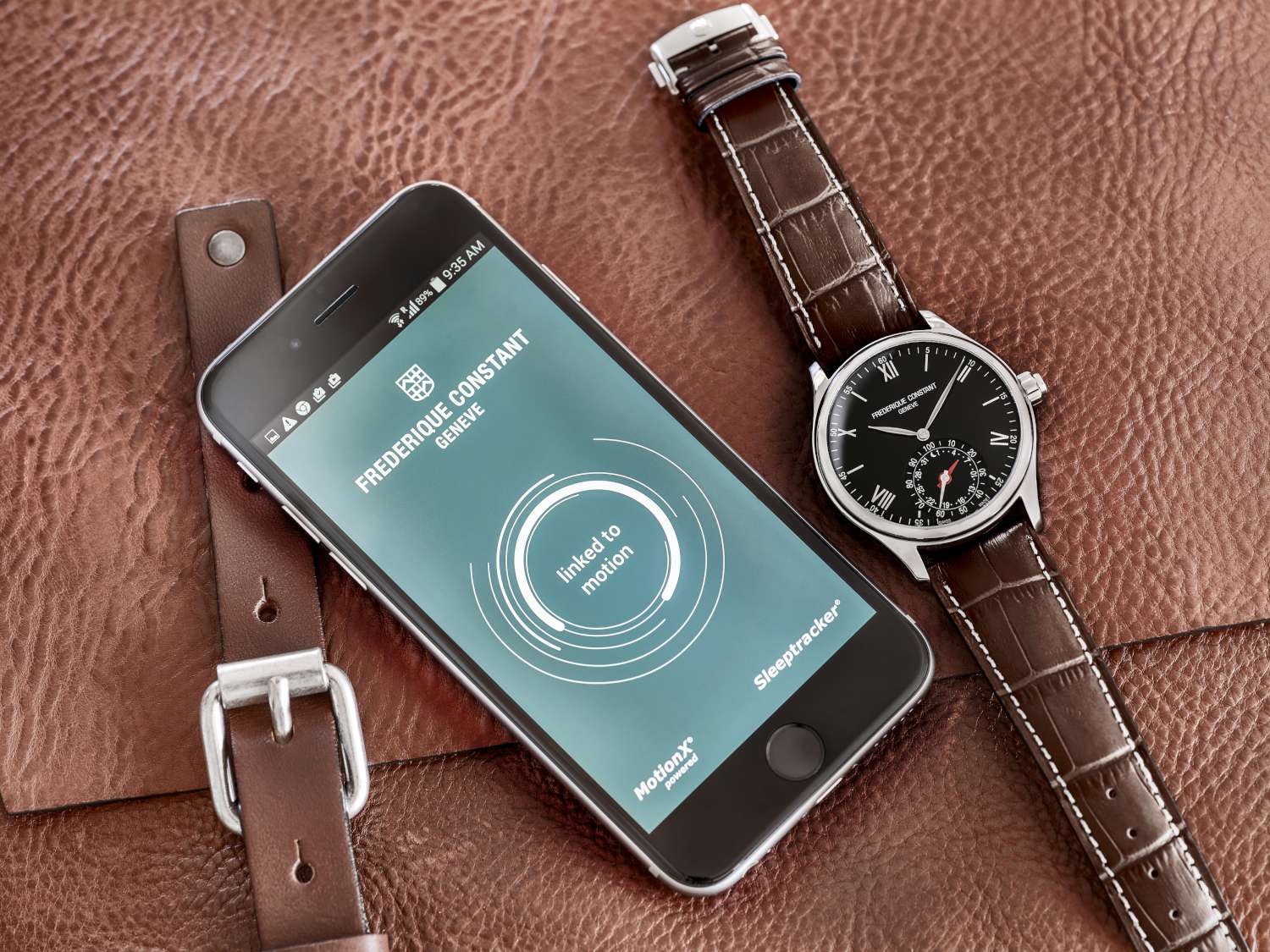 Other watch brands have decided to retain the prestige value of a mechanical movement. Montblanc have separated the smart functions from the mechanical watch by creating a separate unit that can be slipped onto any watch strap of the right size. The TimeWalker Urban Speed e-strap unit has a LED display that can interact with an electronic device such as a smartphone, showing incoming calls and appointments. The unit resides on the inside of the wrist and so it is unobtrusive. It has initially been marketed together with TimeWalker watches, but it will probably be sold separately in the near future. It has to be recharged every five days using a USB cable. 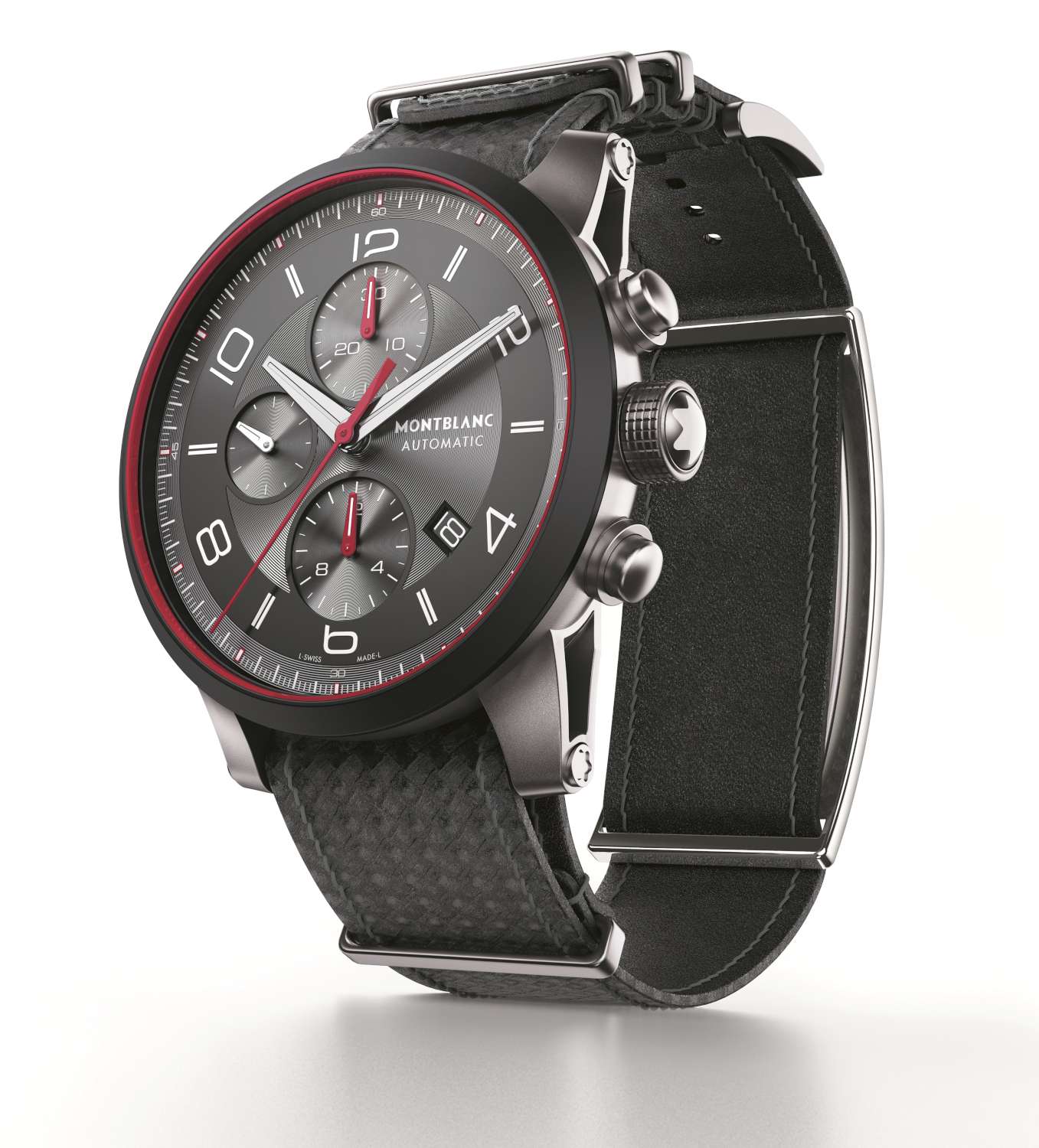 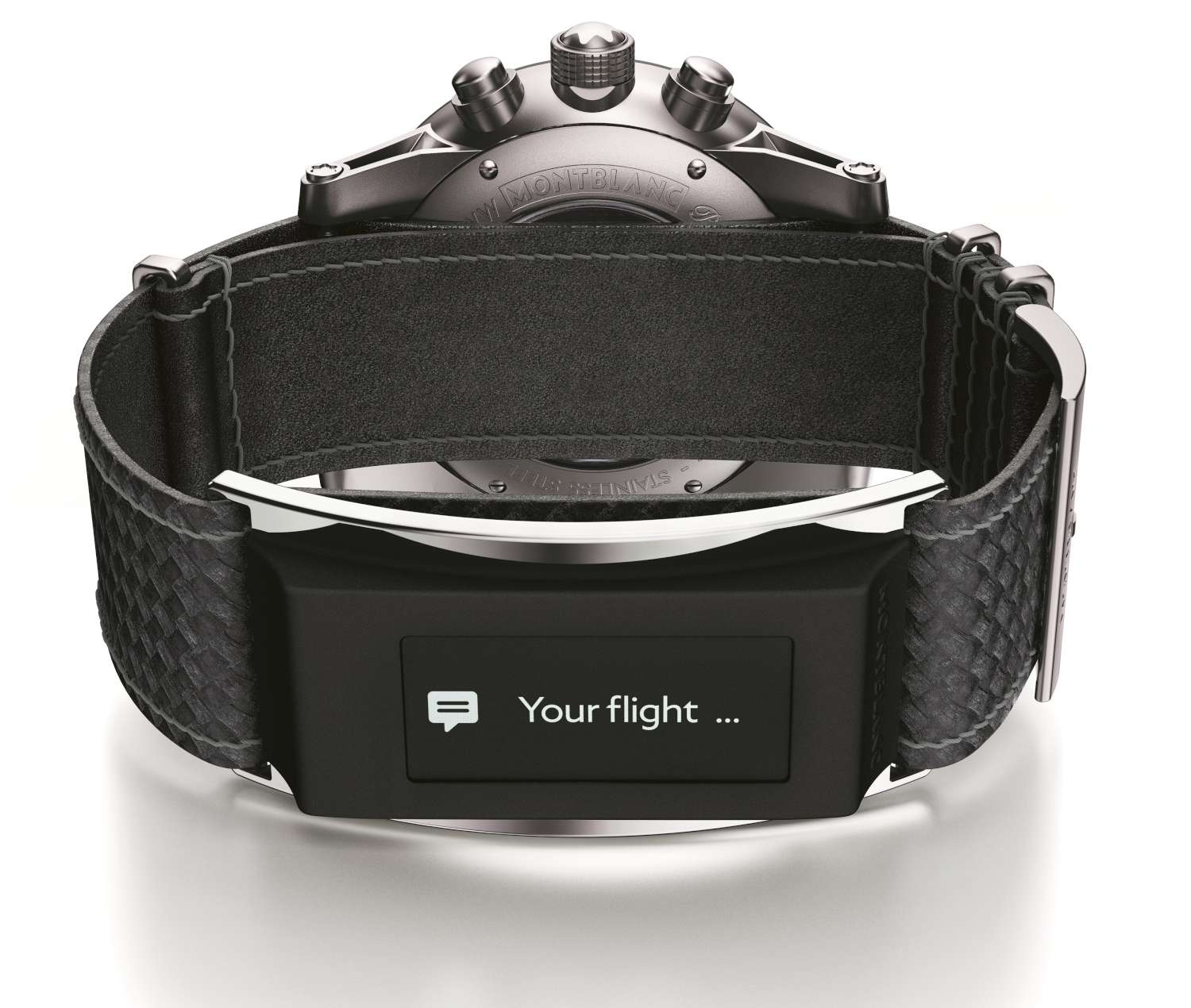 This was presented as a concept watch at Baselworld 2015, and to tell the truth, it’s not all that simple a concept. The watch is a quality mechanical watch, the Magnesium, one of Bulgari’s new watches at Baselworld, powered by the self-winding manufacture calibre Solotempo (with a 28,800-vph frequency and a 42-hour power reserve), with the only electronic components being a cryptographic system embedded into the watch and equipped with WISeKey’s Encrypted Near Field Communication) technology. This smart version is called MagnEsium to distinguish it from the normal model. It puts the watch into communication with an app on the owner’s smartphone called the “Bulgari Vault.” When you place the watch near the smartphone, it unlocks the vault and lets you store and use data – typically passwords, encrypted cloud data, online payments, opening a car door and so forth. Jean-Christophe Babin, Bulgari’s CEO, said, “Being a jeweller we always been have obsessed by security. So from that jewellery obsession for security we came to the conclusion that the ultimate benefit for our consumer in his daily life was, besides having a beautiful object on his wrist, a true Swiss watch, to have also the ultimate data protection which no one never thought about.” Through WISeKey, the data is actually stored not on the smartphone, but on servers in a military bunker somewhere in the Swiss Alps. The Bulgari Vault app will appear in early 2016. One of the marketing plus points of the system is that the encrypted near field device in the watch requires no energy to function. The negative thing is that its function is rather limited and, to tell the truth, pretty boring. 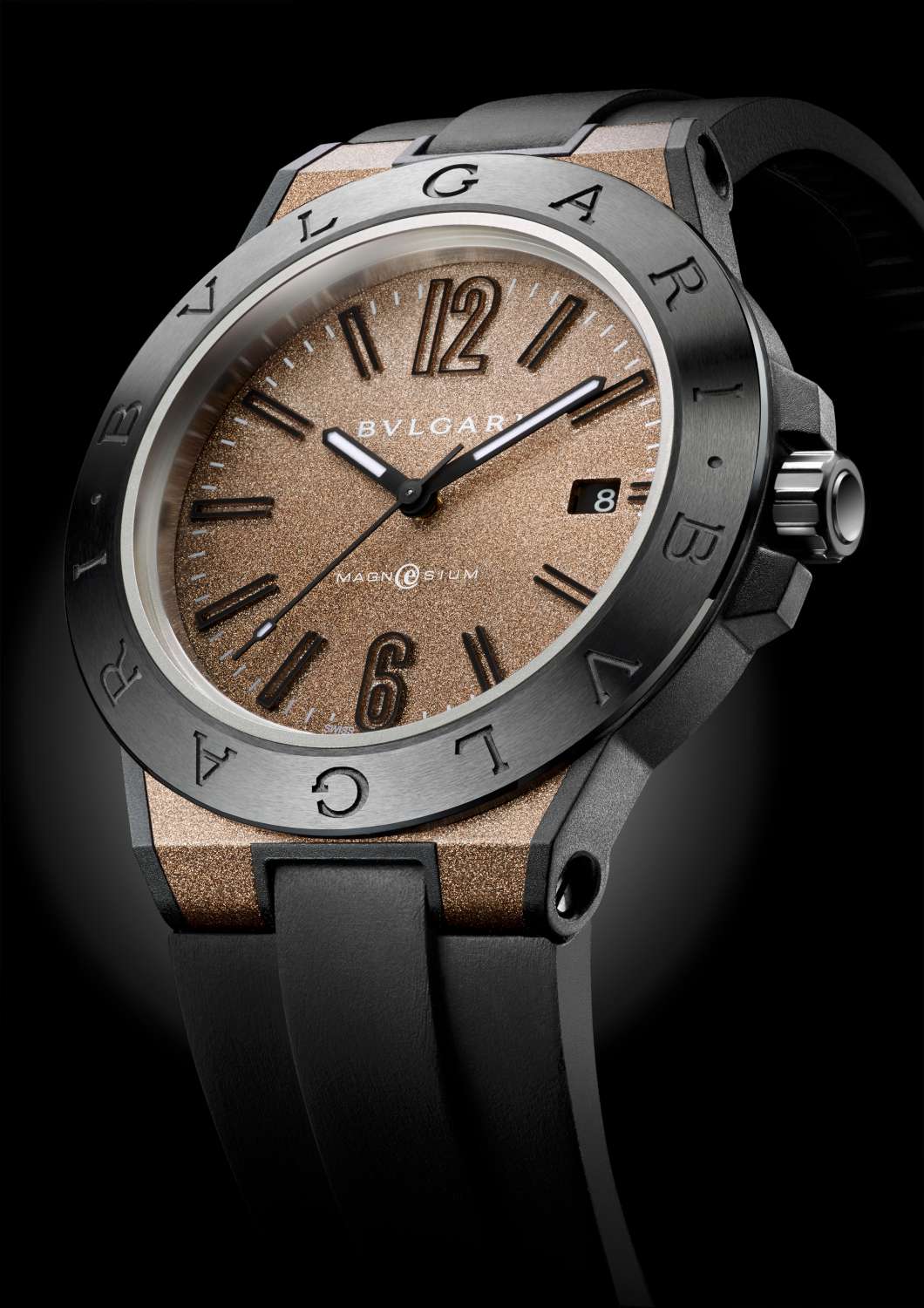 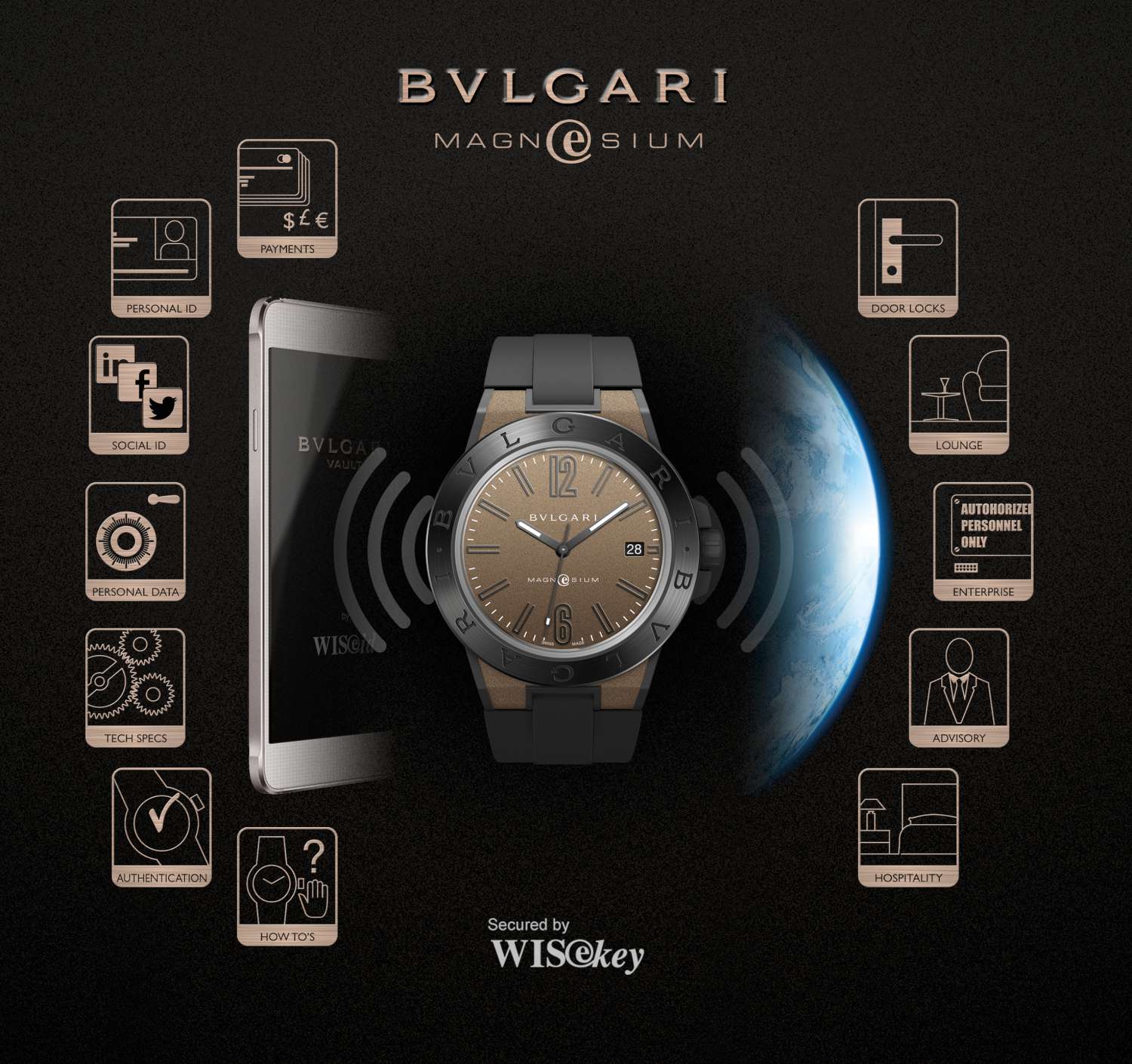 IWC Schaffhausen have announced IWC Connect, which is similar to the Montblanc concept, a circular module added to a watchstrap, though to judge from the photo, it is more closely integrated with the strap than the Montblanc e-strap. It will offer tracking and fitness functions, and notifications, by integration with the usual smartphone app. The company say, “The idea behind this new innovation is to enable owners of IWC timepieces to control their connected environment directly from the wrist while also maintaining the integrity of a handcrafted mechanical timepiece.” They will be providing more information later on. 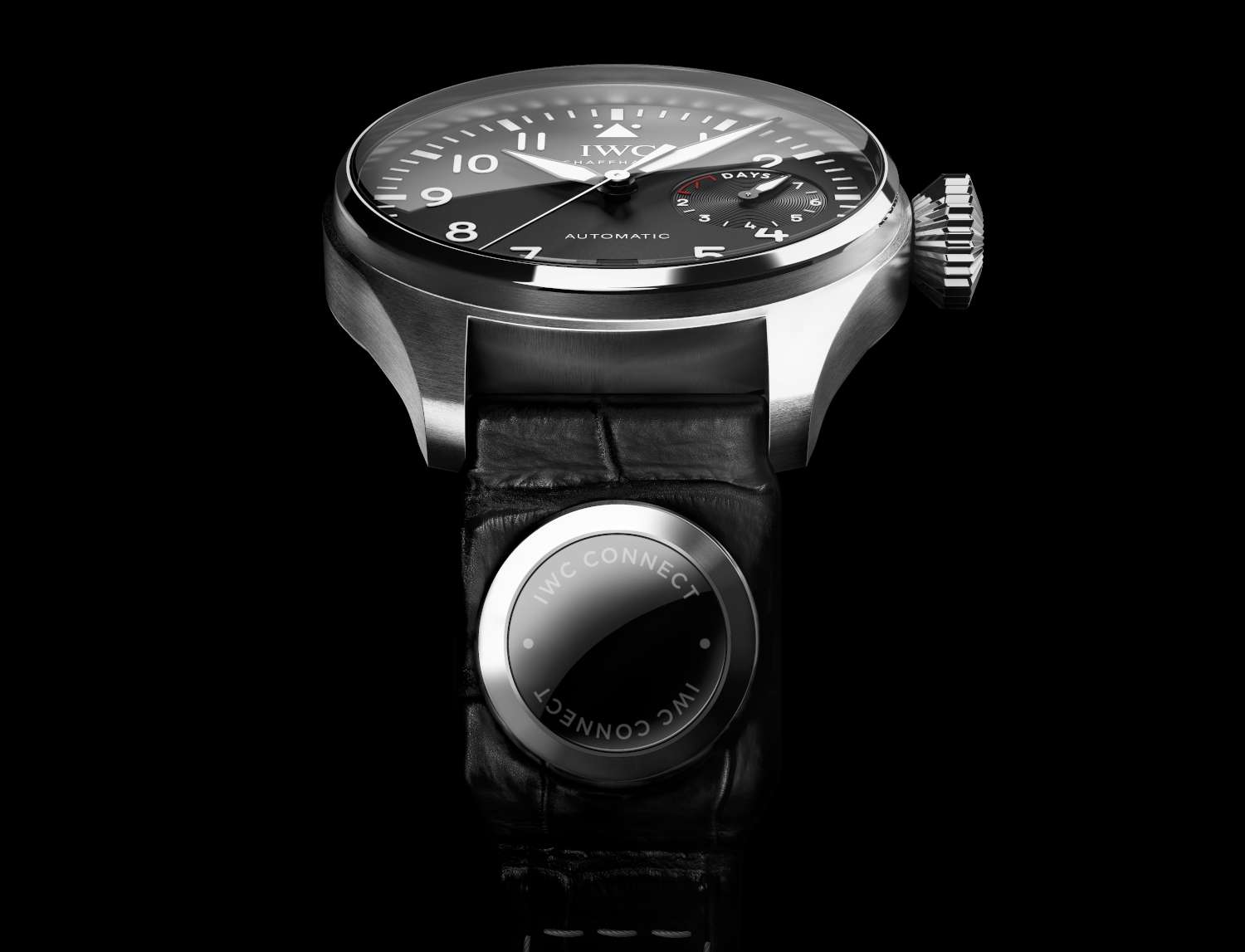 One of the features of a mechanical watch that Apple and all the other smartwatch/fitbit manufacturers have not been able to duplicate is energy independence. A mechanical watch with an automatic winding system, based on an oscillating weight, generates all the energy it needs to run, storing it in the mainspring which has a power reserve from 36 hours up to eight days. Why didn’t Apple invent a generator running on the same principle? The problem had been approached in the 1960s with the development of the earliest quartz watches, but they required far much more energy than could be generated by an electromagnetic induction oscillating weight system (in which the oscillating weight powers a spinning rotor with a magnetic coil). Currently, Japanese companies Seiko and Citizen, and Swiss manufacturer SMH make quartz watches powered by a small electrical generator (brand descriptions include “Kinetic,” “Autoquartz” and “Omegamatic”). This sort of system generates about 5 micro-watts when the watch is worn. Another system is to use the thermal gradient created by body heat, with an array of thermopiles that can generate a total of 10 micro-amps at 3V considering a 5°C temperature gradient. These figures may be enough to power a quartz watch, but they are insufficient to power any sort of smart device that has to communicate using Bluetooth or some other sort of electromagnetic radiation.

So, at least in the near future, real smart watches are always going to have a real unsmart charging cable or battery…