Hour markers in the form of nautical pennants on the flange 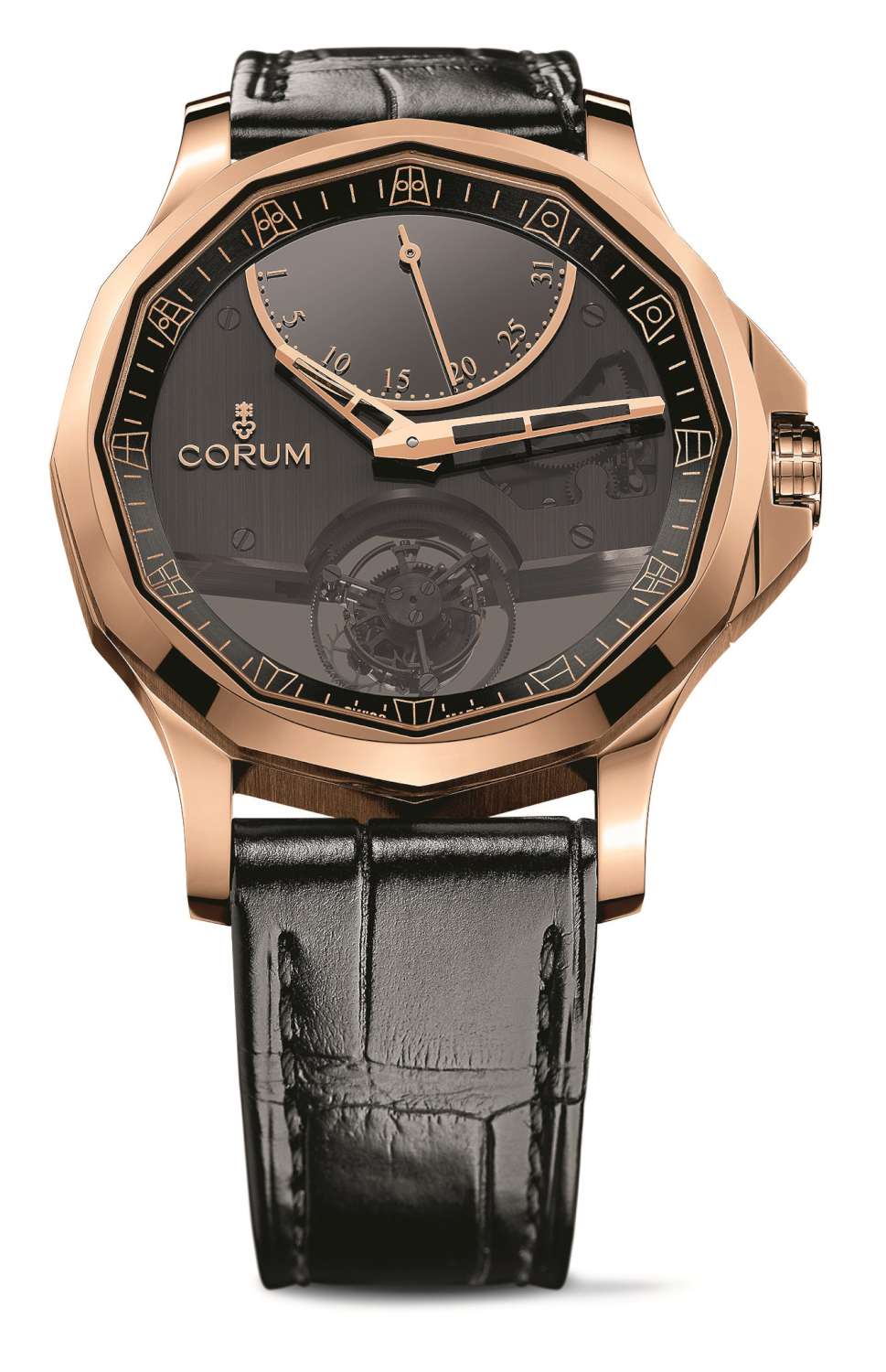 In its 60th anniversary year, Corum caused quite a surprise at Baselworld 2015 by introducing a series of quartz watches, vastly extending the price range of its watches. Another significant move was the return to the nautical pennant hour markers that have become one of the brand’s distinctive characteristics. This tourbillon watch, made to celebrate the anniversary of its foundation in 1955, is an interesting variant of the tourbillon typology.

It is designed to be very wearable, with a diameter of 42 mm, a slim profile with a thickness of 13 mm, and 50 metres water resistance. The tourbillon is given space by means of the three-quarter bridges, and it is rendered discreet by the smoked sapphire dial. The tourbillon can be seen from the front, and more clearly through the sapphire caseback, where the automatic movement has a winding rotor of small size so as not to obscure the view. Special attention was dedicated to the tourbillon itself, with a carriage on sturdy ceramic ball bearings for optimum resilience, linked to the movement only by two slender steel arms.

The case is in red gold, 42 mm in diameter, 13 mm thick, with a distinctive 12-sided shape, and 50 m water resistance. The hour markers on the flange are in the shape of nautical pennants, reminiscent of the brand’s Admiral’s Cup heritage. The smoked sapphire dial reveals the base plate with its fine straight training and a red-gold galvanized Corum logo. At the top, the retrograde date display moves instantaneously at each date change, right through to the 31st when it jumps back to the 1st. 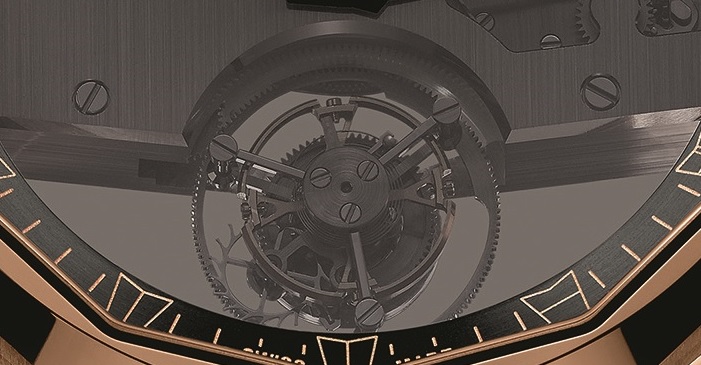 The CO 016 movement is not specifically described as in-house in the descriptive documents, and so it may possibly be a calibre by La Joux-Perret, the Swiss movements company that has already worked with Corum on pieces like the Tourbillon Panoramique and its CO-372 movement. It can be viewed through the sapphire caseback, with details that include the 17mm microrotor in red gold, decorated with the Corum logo. The rotor provides energy for the automatic winding system, with a mainspring guaranteeing the impressive power reserve of 72 hours, in part achieved by the 3 Hertz balance frequency. 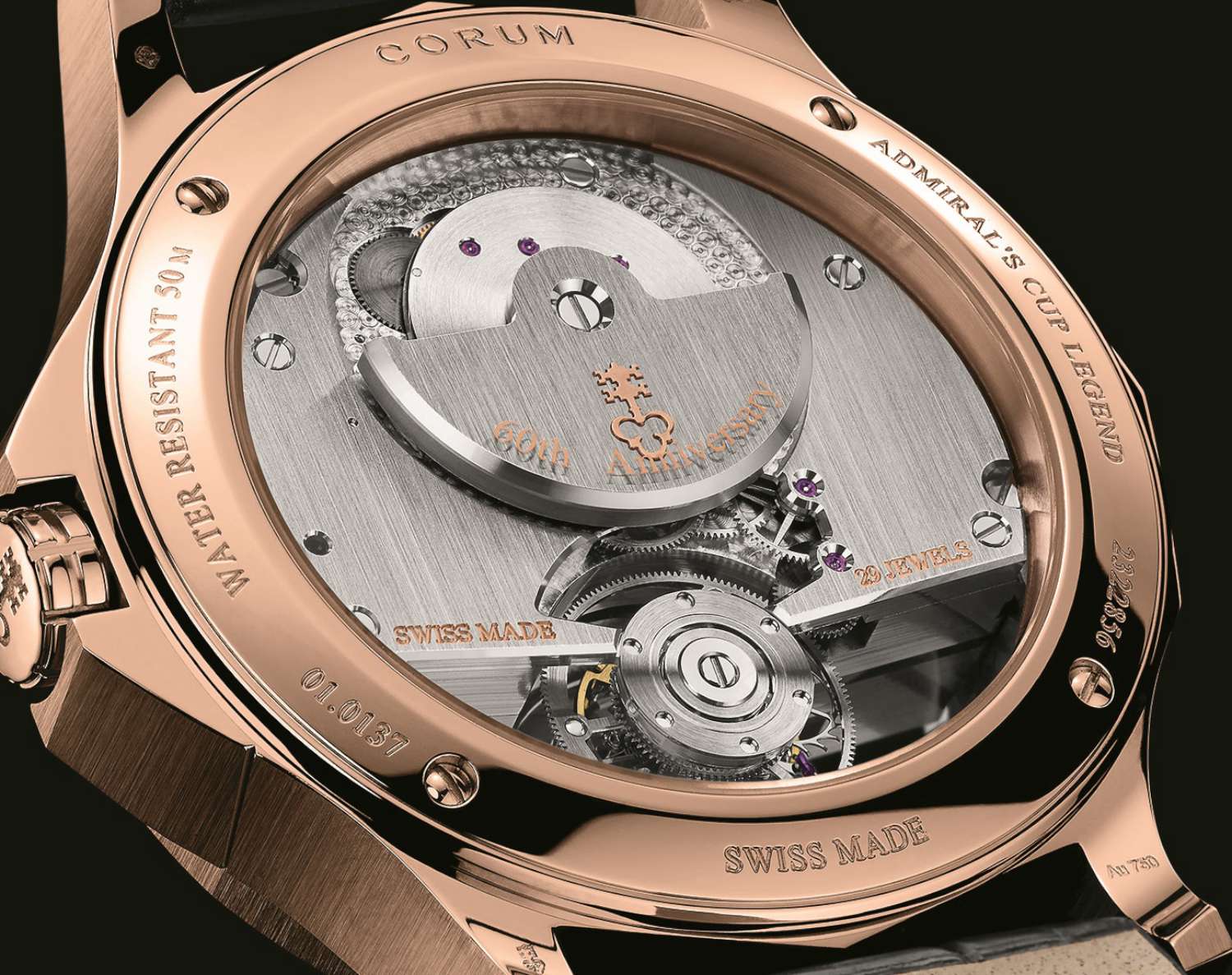