Part of the repeater mechanism through the sapphire dial 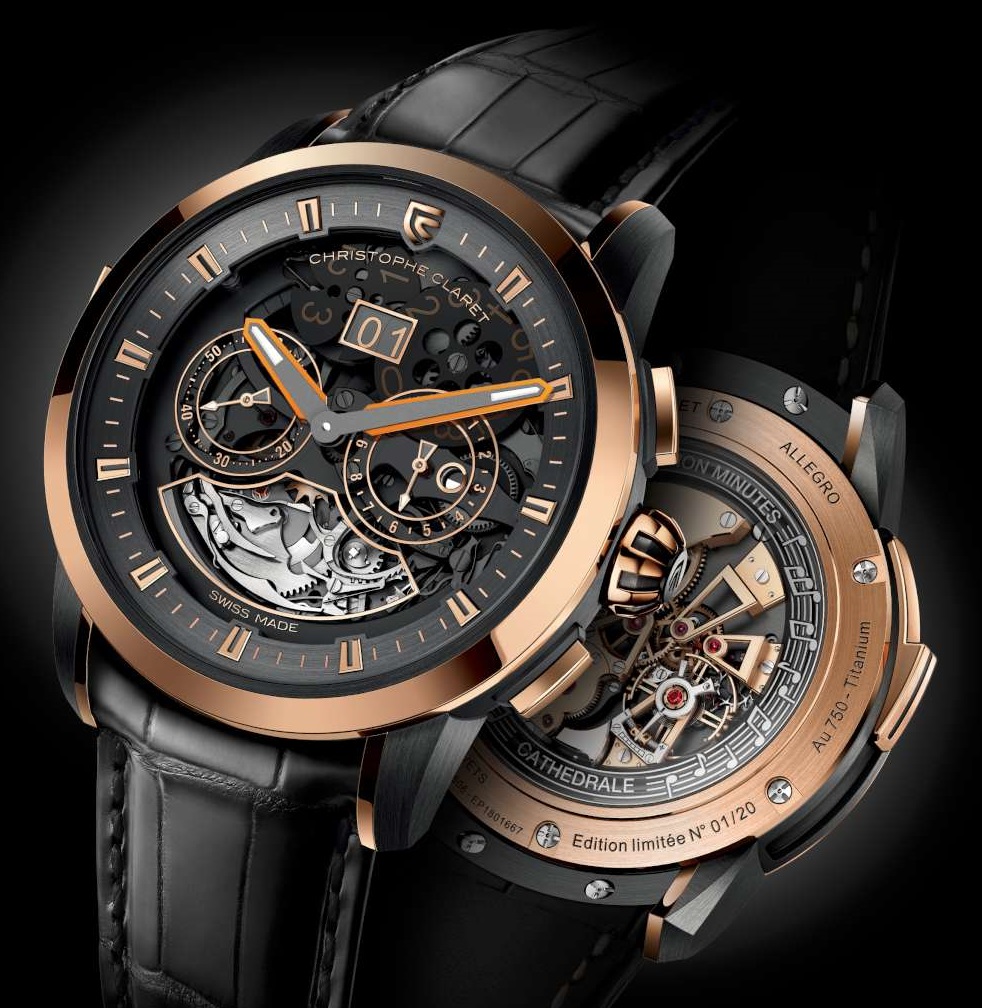 Christophe Claret is a tireless inventor. His watches always have something a little different, or a lot different. They could be considered as couture watches, made in small series, at high prices. Allegro is interesting because it looks like a chronograph, with pushers at 2 o’clock and 4 o’clock, and two subdials, but in fact its principal function is the minute repeater, with a slide on the left of the watch. It also provides a second time zone, with the hour shown on the subdial at 3 o’clock, including a day/night indicator in a small circular window. Continuous seconds are displayed on the other subdial, and big date at the top of the dial.

The case is large at 45 mm diameter, 14.11 mm thickness, with 30 metres water resistance. The watch is made in three versions: white gold with anthracite PVD and transparent smoked sapphire dial, red gold with anthracite PVD and transparent smoked sapphire dial, and red dial with only the bottom part of the dial left open to view. In all three, part of the repeater mechanism can be seen through the sapphire at the lower part of the dial. The second time zone in the subdial at 3 o’clock is adjusted using the pusher at 4 o’clock. The other pusher, at 2 o’clock, adjusts the date. The traditional slider on the left side of the watch operates the minute repeater, with hours, quarters and minutes played on two cathedral gongs – circular gongs that circle the movement twice. 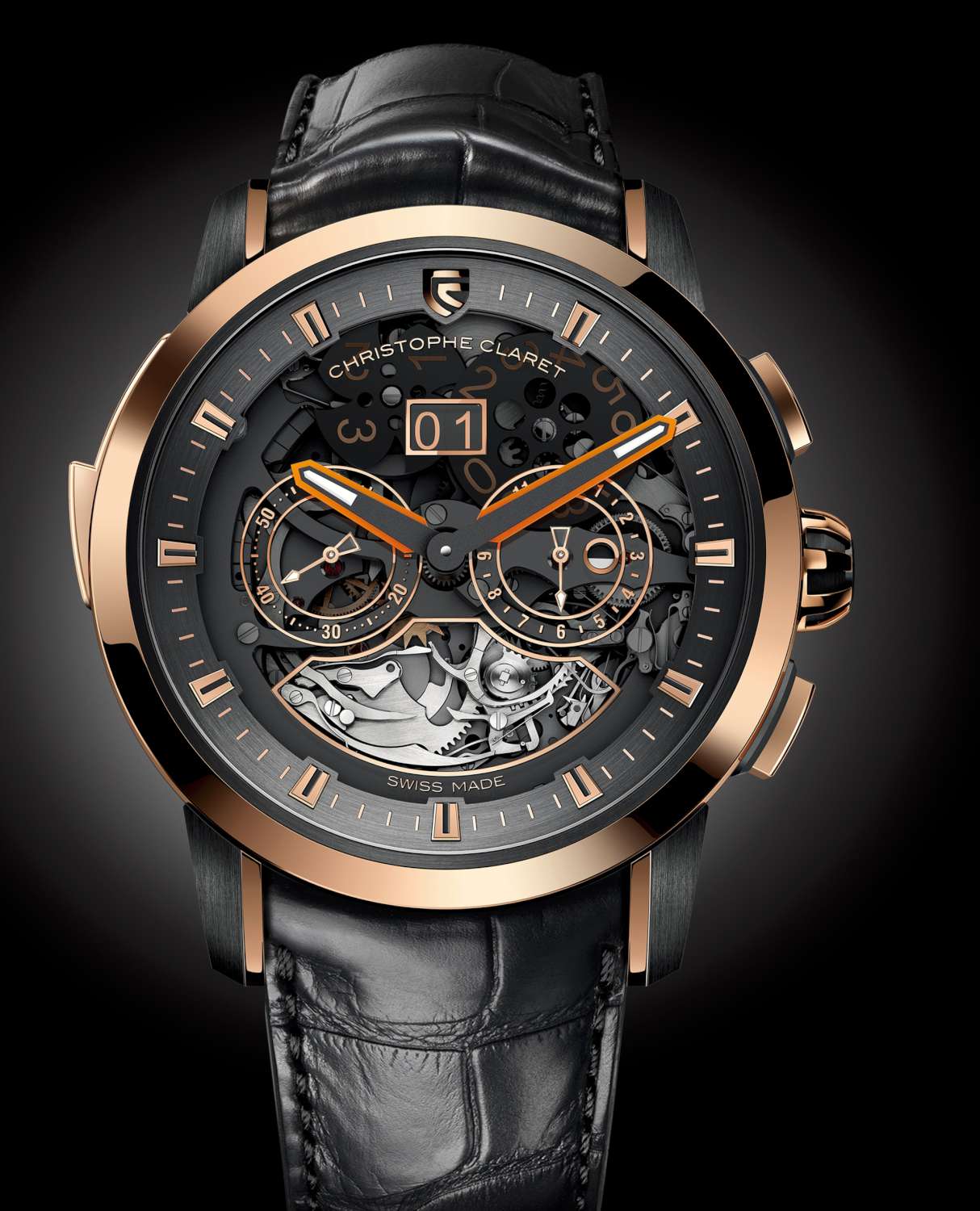 Aerodynamics and the movement

The calibre ALG89, mechanical, hand-wound movement was designed by Christophe Claret and his team entirely in-house, and it is made at the manufacture in Le Locle. It may seem strange to talk about aerodynamics in watchmaking, but the balance wheel, whose constant rotations regulate the movement and cadence its measurement of time, rotates rapidly, swinging back and forth 6 times a second. Claret’s balance has countersunk regulation screws, which improves its aerodynamics. The energy dissipated with every swing is fractionally lower. This, along with the relatively low frequency of 3 Hertz (most movements run at 4 Hertz) or 21,600 vibrations per hour, gives the movement 60 hours power reserve. 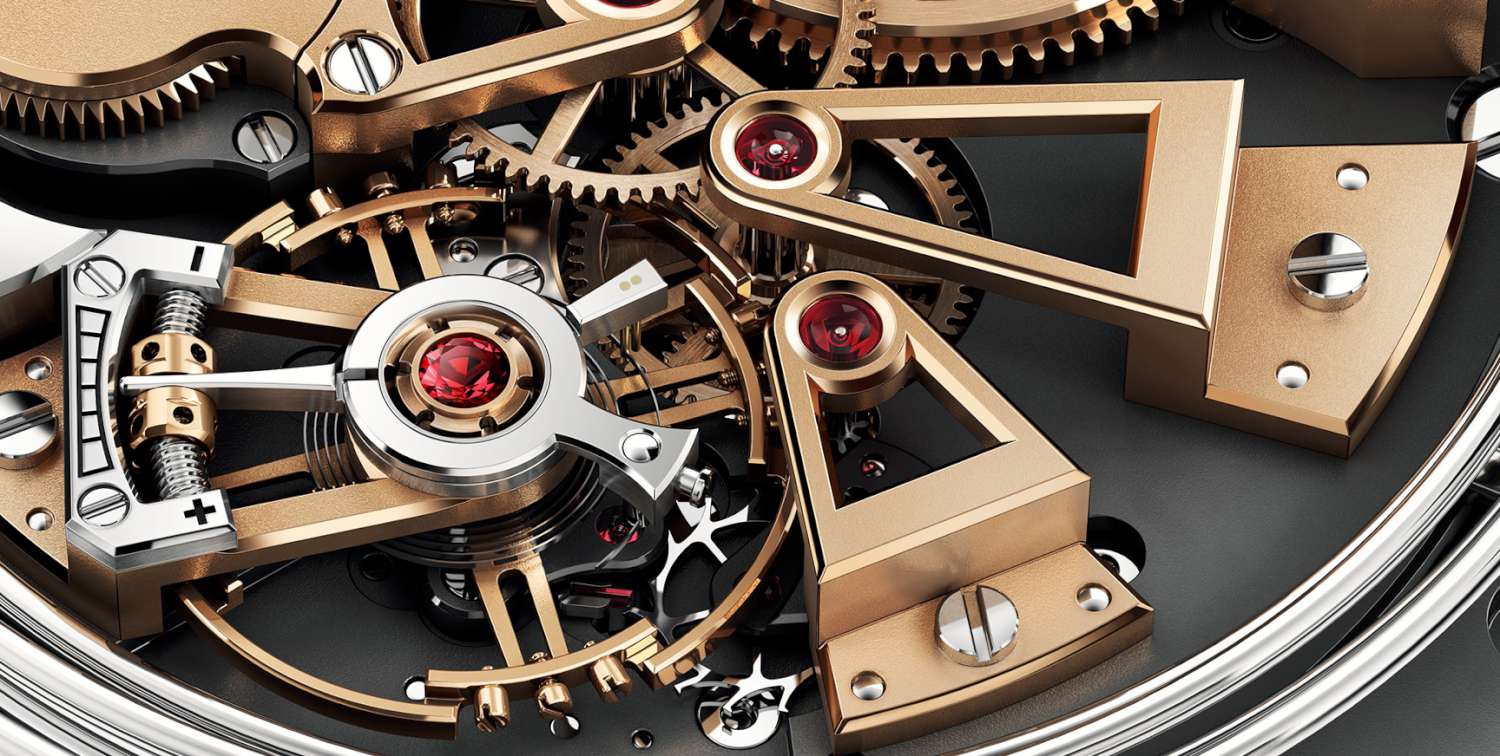 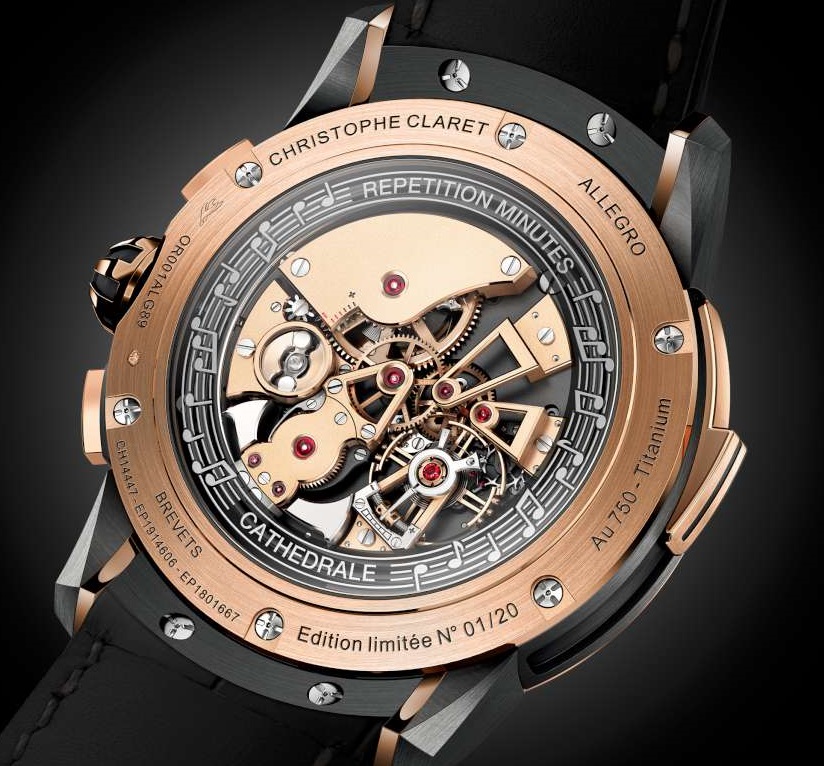 All three versions are limited editions of 20 pieces. Each watch costs 268,000 Swiss francs. 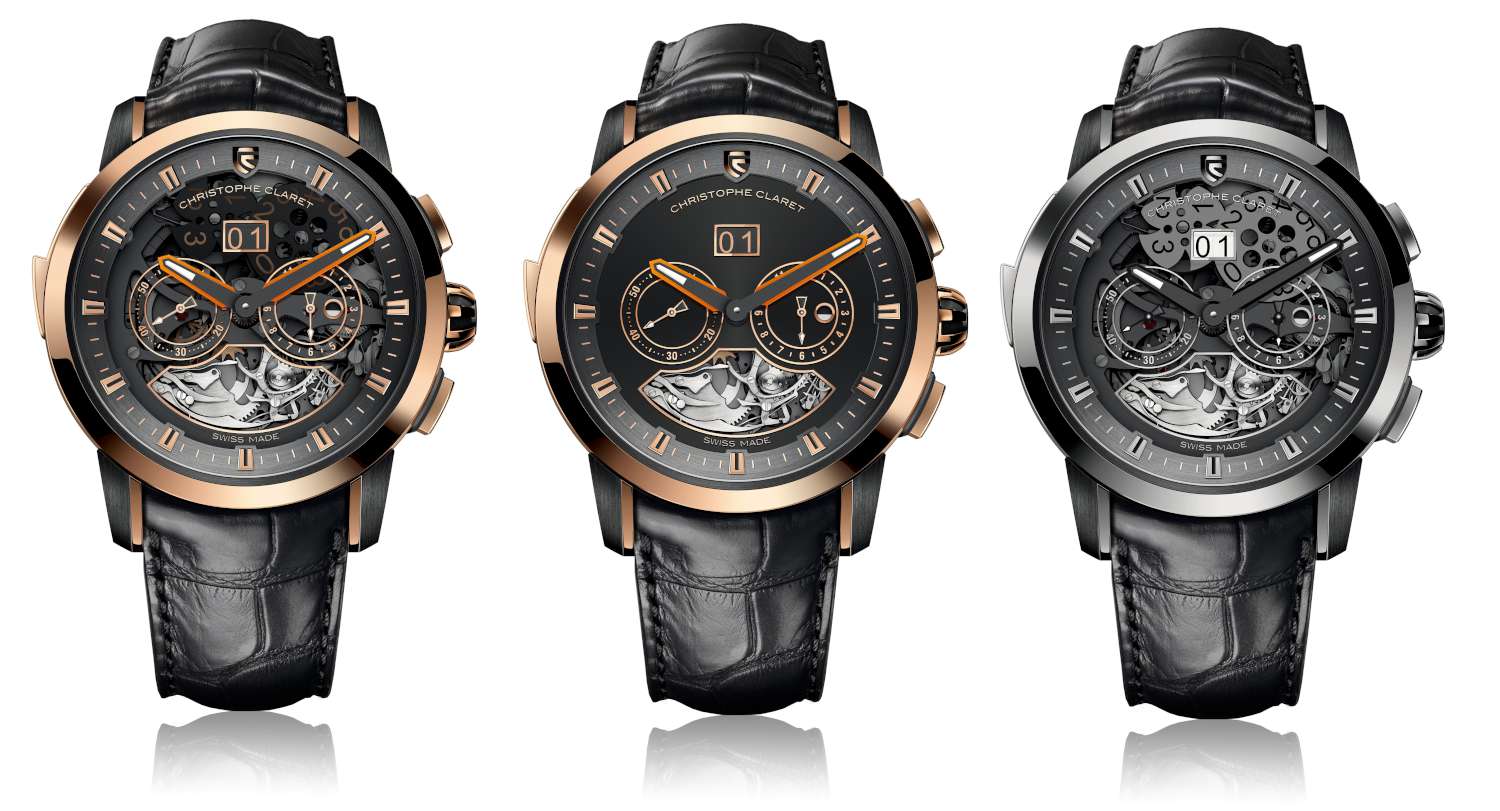