Crown in gold and sapphire crystal, with inset black diamond 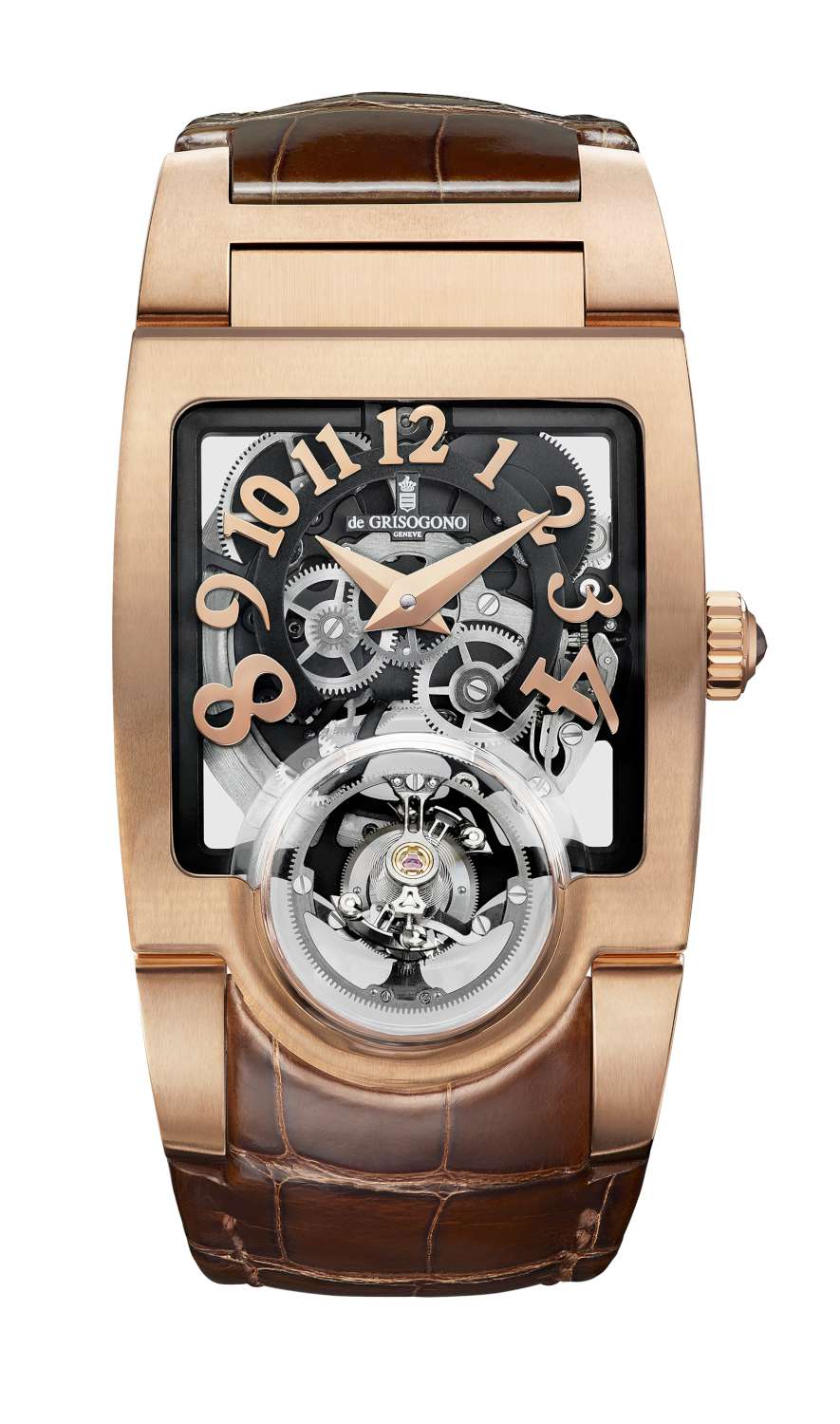 I particularly liked the presentation of this watch by de Grisogono at Baselworld. I think it was Michel Nieto (Head of Commercial and Watches at de Grisogono) talking, and he said, ”Fawaz Gruosi said that he wanted to launch the company in the men’s segment. So he said, ‘I want to start with something extremely important. A tourbillon. Not on the case. I want it here,’ pointing at somewhere between the lugs and the strap.”

And Michel replied, “Mr. Gruosi, it’s difficult to place it there, it’s not in the movement.”

De Grisogono don’t want to become movement developers, and so they called on David Candaux, whose company David Candaux Horlogerie Créative is located in the Vallée du Joux, Switzerland, to translate Fawaz Gruosi’s intuition into a practical design. Candaux looked at historical tourbillon designs by Richard Daners, who had developed a tourbillon with an inclined balance wheel. The Instrumento Uno Tourbillon has a balance staff at 30° from vertical, making it more interesting to watch. The visual attraction is increased by the sapphire watchglass that rises into a dome above the tourbillon, magnifying it. The rest of the automatic movement is skeletonized, with bridges and plates finished in black PVD: there are two mainspring barrels providing 72 hours power reserve. The watch runs at 3 Hertz, 21,600 vph. 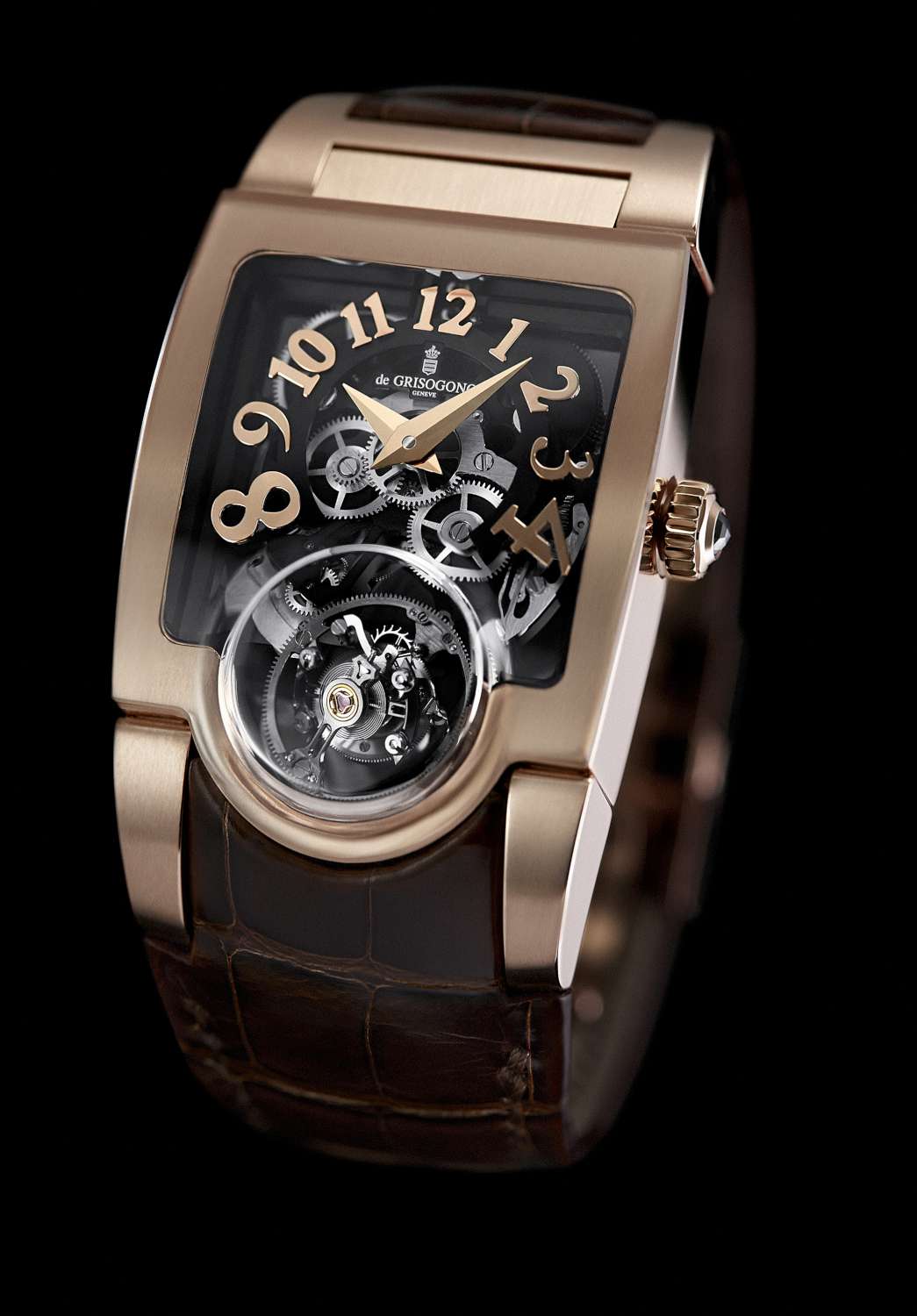 It’s a large watch, at 59.2 x 33 mm, 14.99 mm thickness, but its caseback is curved and so it wears comfortably on the wrist. The case has a water resistance of 30 metres. The brand’s jewellery origins can be seen from the crown, n gold and sapphire crystal, with inset black diamond. The integrated strap has a gold folding clasp. The watch is made in two versions: white gold with green hands and numerals, rose gold with rose gold hands and numerals. 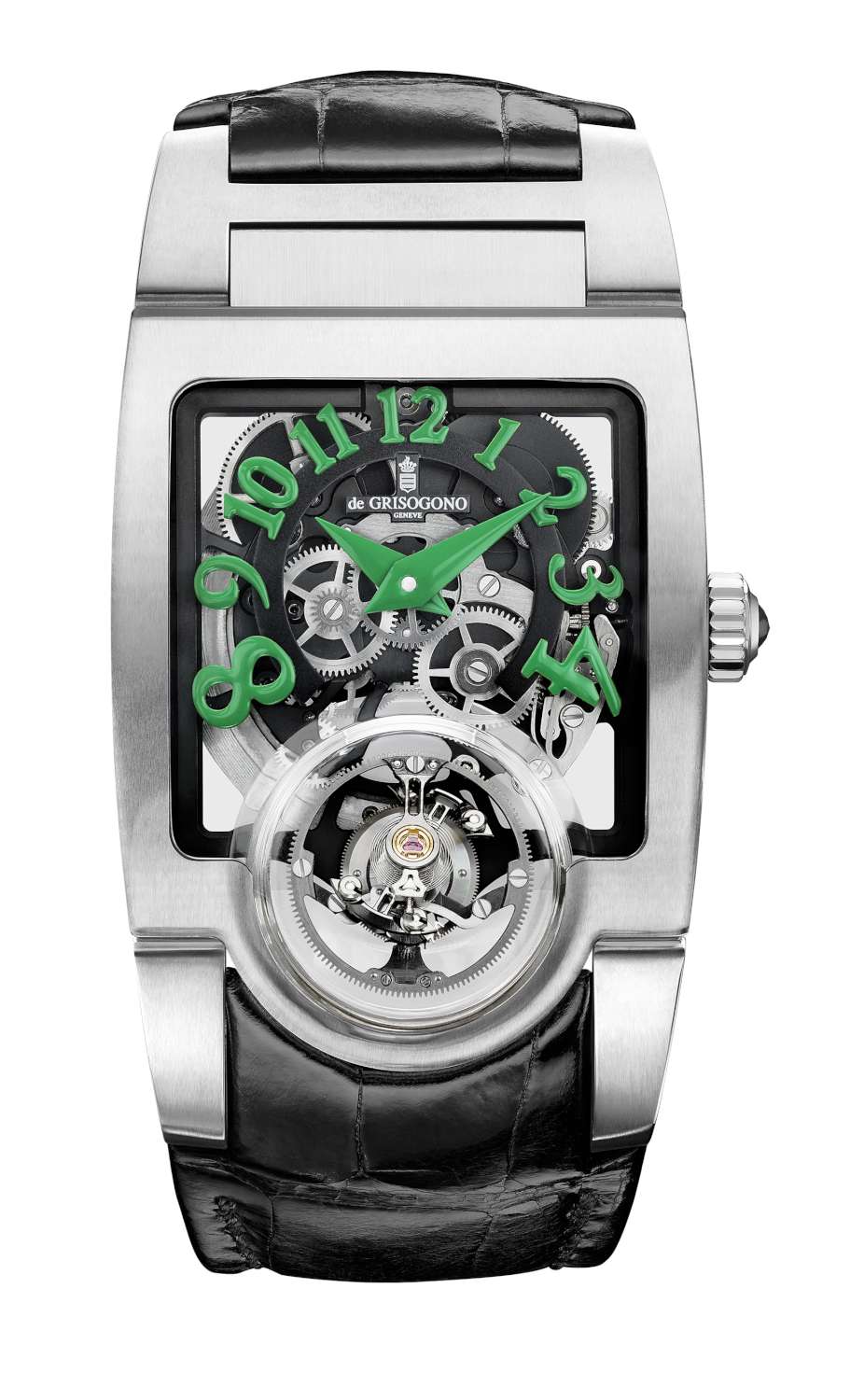