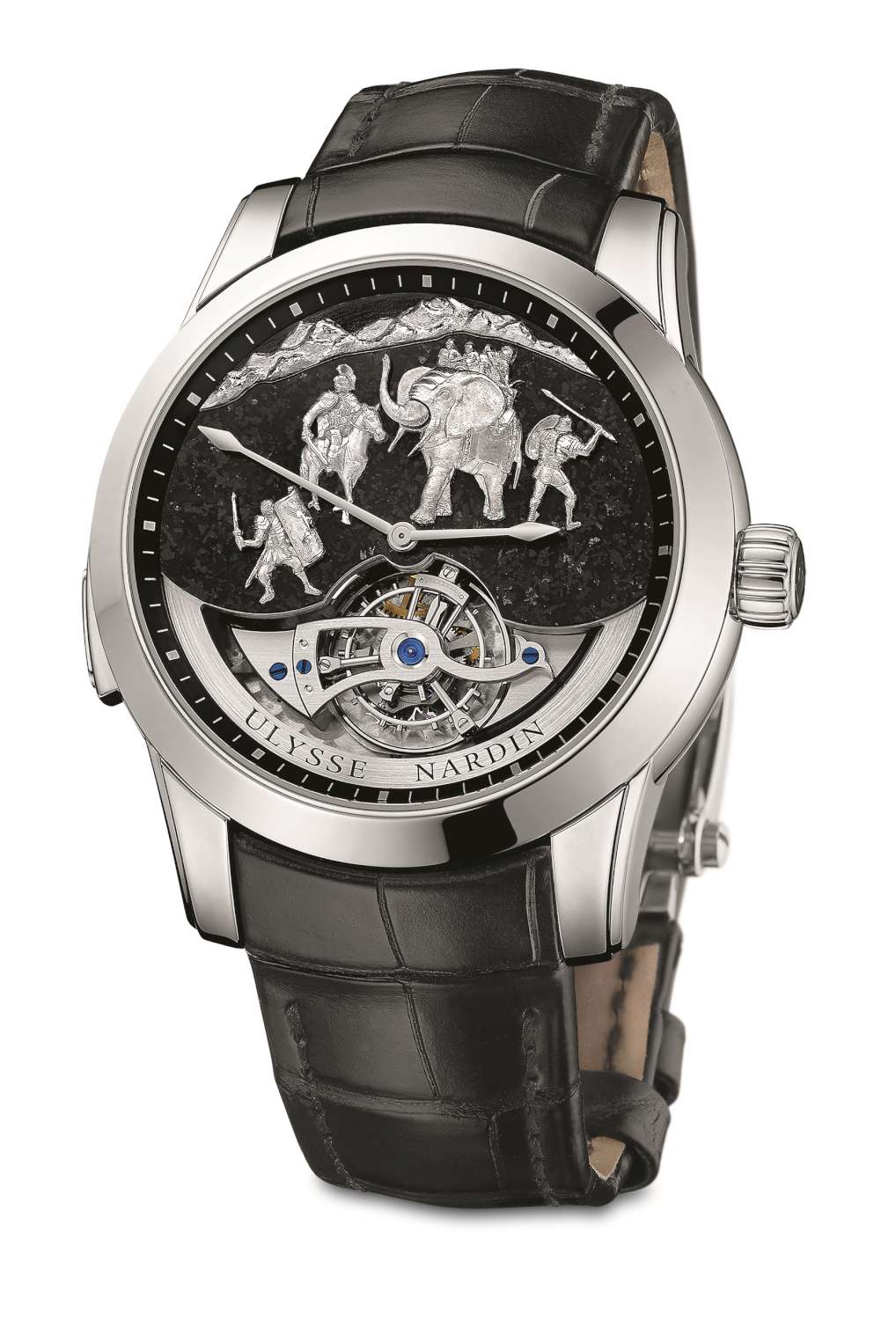 This platinum, 30-piece limited-edition watch by Ulysse Nardin combines two challenging complications, the minute repeater with Westminster chimes, and the tourbillon. In addition, the four figures on the dial, called Jaquemarts, are animated, moving their arms or trunk while the watch is chiming. The word Jaquemarts means “striking men” not in the sense of attractive guys, but because they are generally life-size automatons that strike a bell as part of a monumental clock. As Hannibal crossed the Alps in the third century B.C. with his army and a cohort of elephants, the dial is made of Alpine granite. The Jaquemarts, three warrriors and an elephant, are in hand-carved white gold.

The case is 44 mm in diameter, water-resistant to 30 metres. The limited edition number is shown on a plate screwed to the slider that activates the chimes. The movement is a calibre UN-78 one-minute tourbillon, and the tourbillon can be seen at the base of the dial: its bridge recalls those of the tourbillons that James Pellaton, a brilliant watchmaker born in la Croix des Côtes in 1873 and who worked for several brands, principally on tourbillons, made for Ulysse Nardin in the early 20th century. The sapphire caseback reveals the reverse side of the movement. It is manually-wound, with a power reserve of 70 hours. The watch has a leather strap with folding buckle. 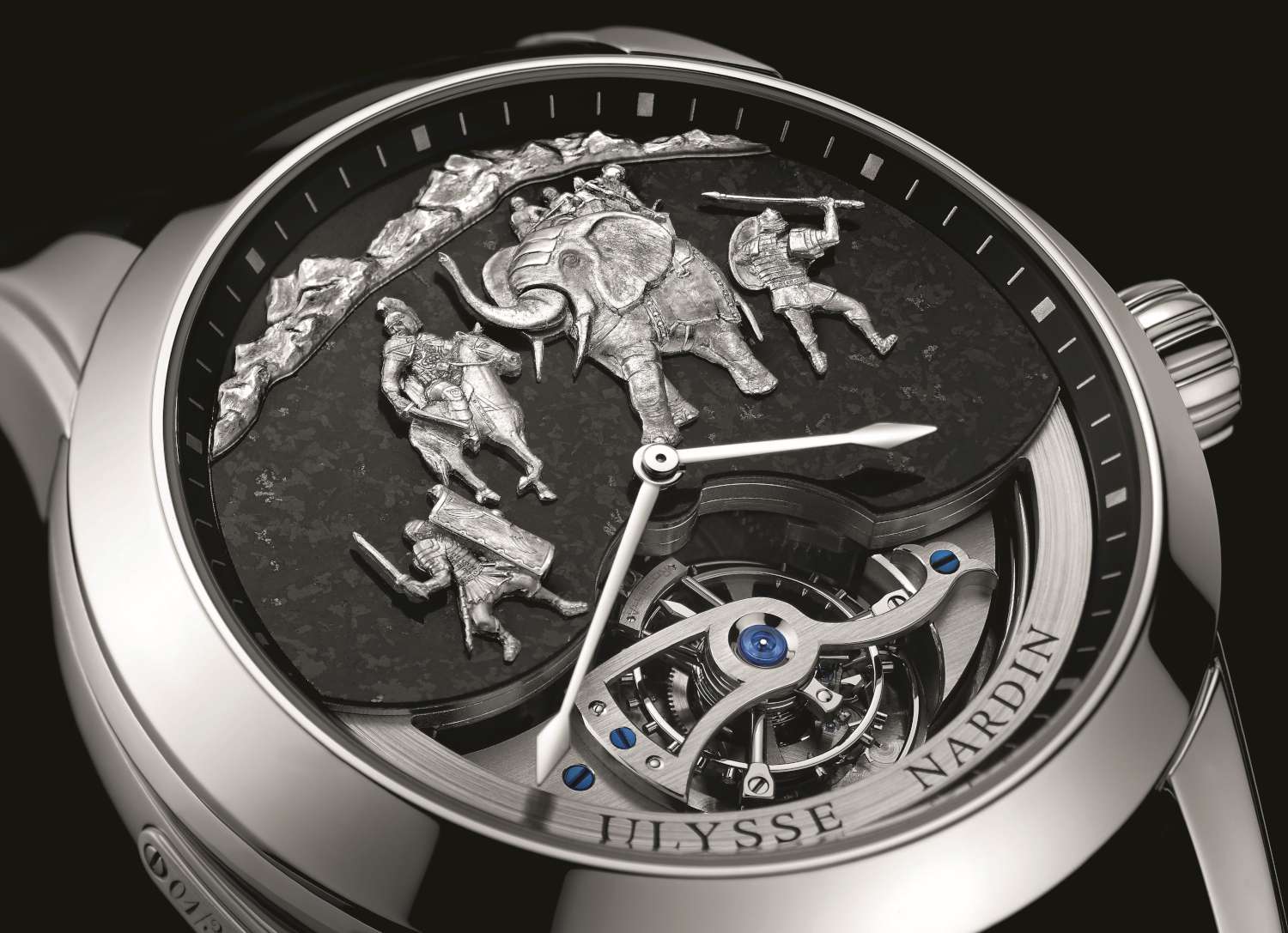 The greatest problem with minute repeaters is how to get the sound out of the case. A watch with the standard 30-metre water resistance is essentially air-tight, and sound needs air to propagate. The gongs themselves have to be carefully tuned and tested in the case, so each time the musical note is adjusted by removing a small amount of metal from the gong, the watch has to be disassembled and reassembled. The Hannibal Minute Repeater has four gongs, which play the Westminster chimes for the quarters, during which all four of the jaquemarts are also performing, synchronized with the gongs. You can get an idea of the sound from the video below, though of course a watch of this type has to be heard live. 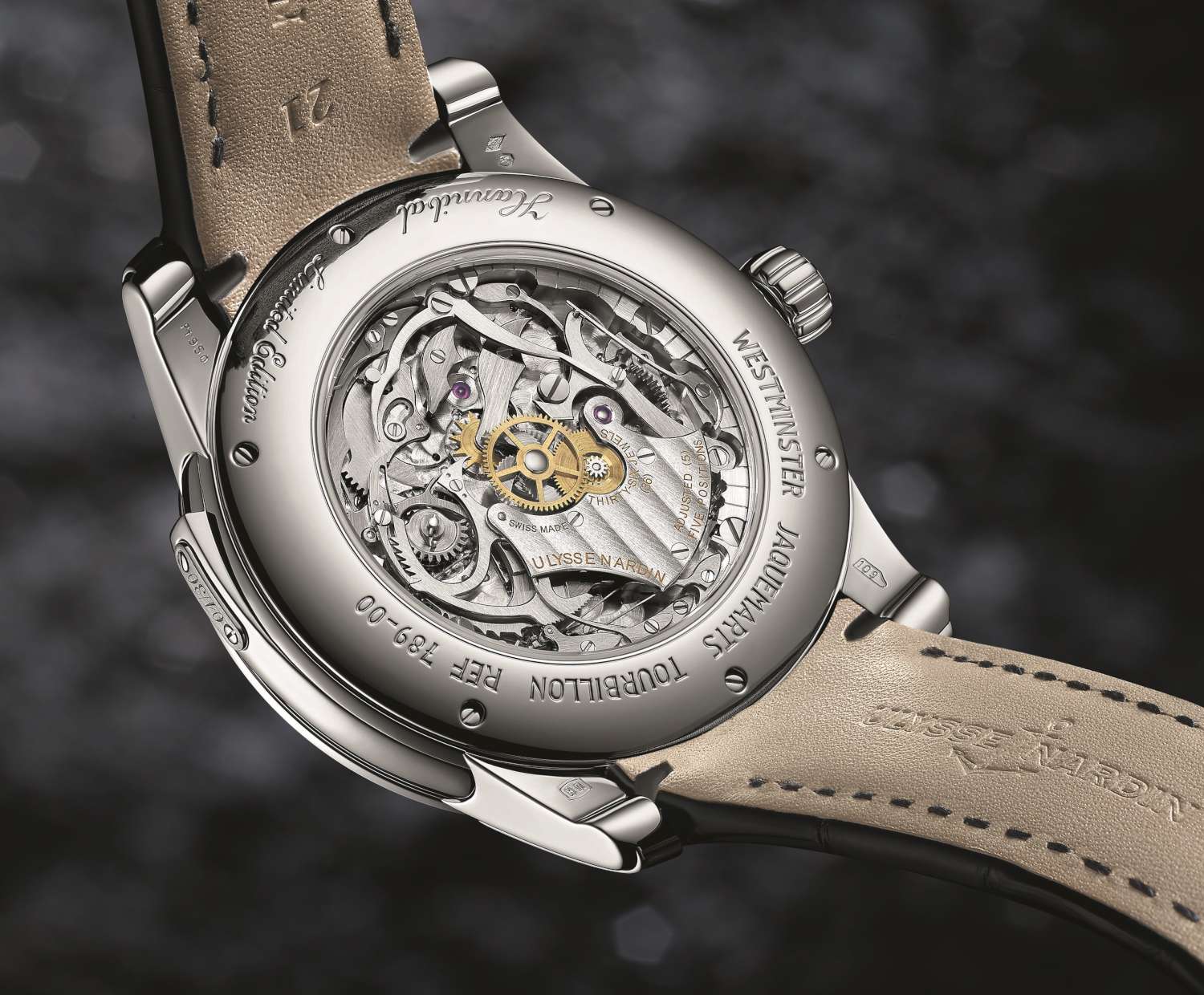 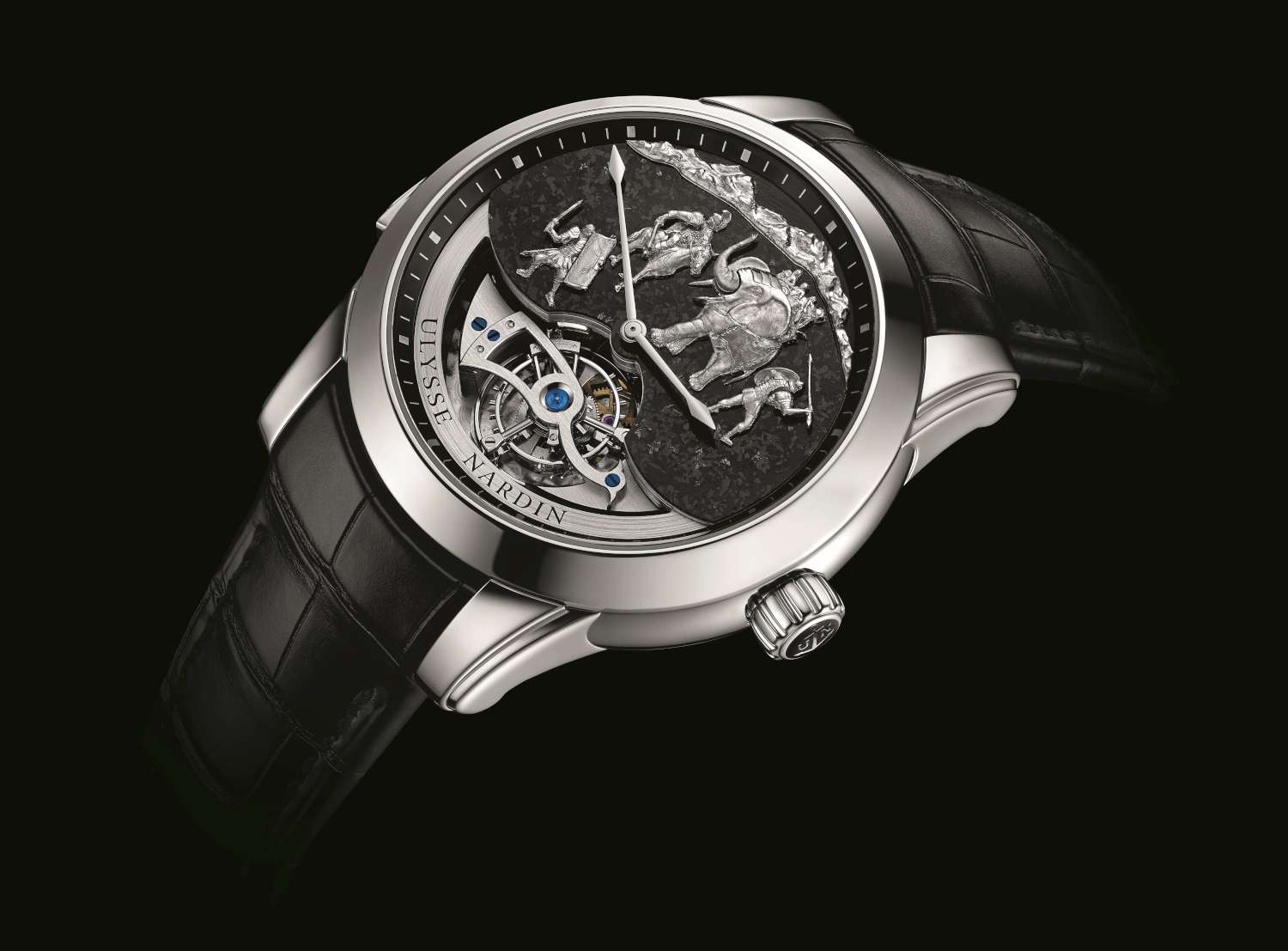