Pusher that activates the melody on demand

Rotating disc with pins for the ten blades playing the melody 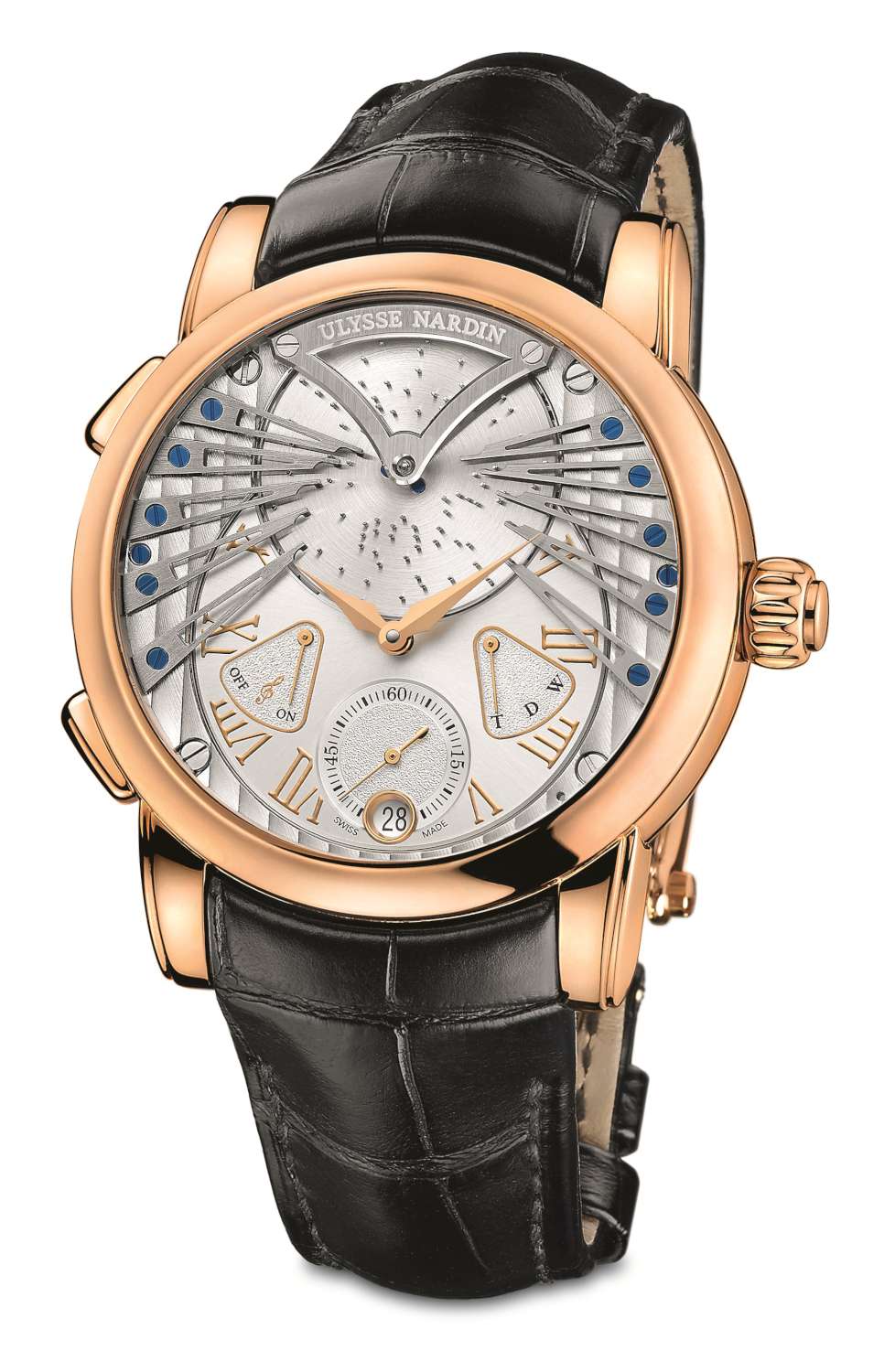 Watches can play music in several ways. The most common is the minute repeater, which has up to four gongs, but the music that you can play on four notes is limited to things like the Westminster chimes. This watch by Ulysse Nardin is a modern version of a historic idea, a musical box combined with a watch. It is a second version of their “Stranger” presented in 2013 which plays Strangers in the Night. This piece plays the main theme from Vivaldi’s concerto “Primavera,” part of the Four Seasons, on a series of ten blades. It is a limited edition of 99 pieces. 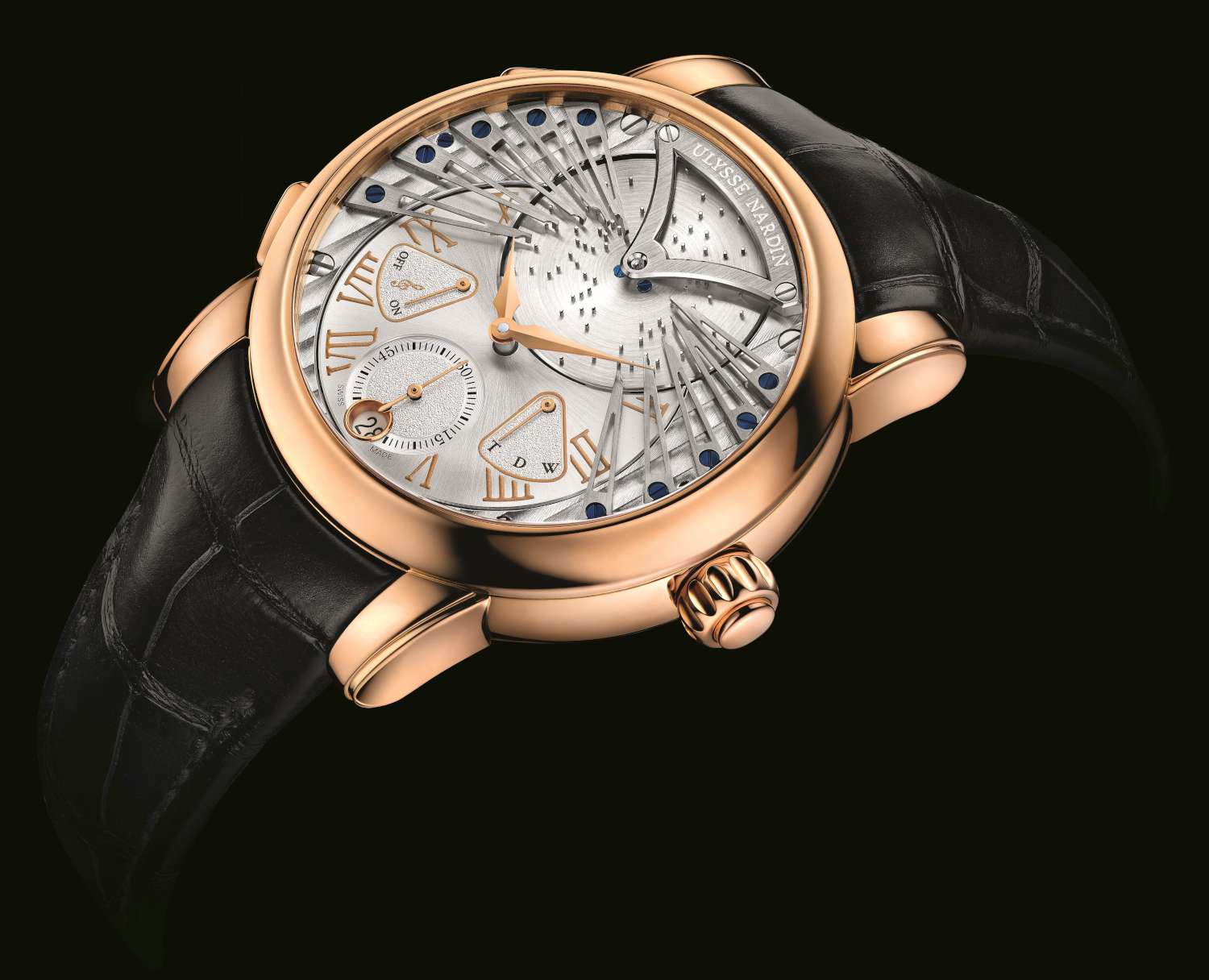 What Stranger Vivaldi (and the original Stranger) does better than historical models, and Breguet’s Classique Grande Complication Reveil Musical, is that the music-playing disc is in full view on the front of the dial. In several historical pieces, it’s on the back, and in the Breguet watch it’s hidden inside. In Stranger, you can see the disc rotating, and watch the levers flick up and back down again to play the notes. It’s possible that the arrangement of the levers and disc was inspired by one or other of the historical pieces shown below.

Stranger Vivaldi plays on the hour, and on demand. There are two pushers on the caseband, one at 10 o’clock to activate or deactivate the hourly performance (status shown by an on-off indicator on the dial) , and one at 8 o’clock for the melody on demand. Another pusher in the crown acts as a selector for crown function, so you don’t have to pull it out. The crown function indicator shows whether the crown winds the movement, or sets the time or date. 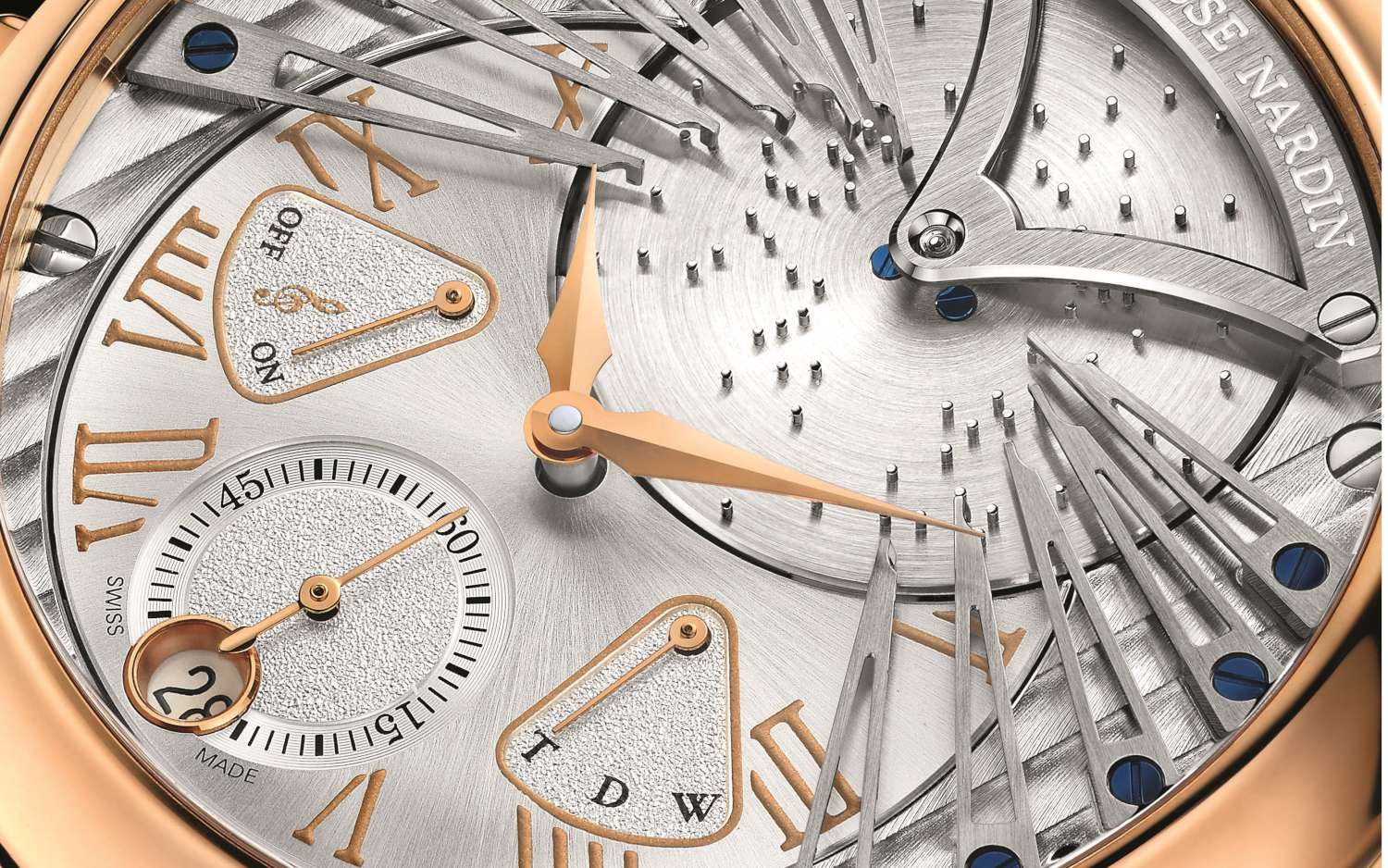 The case in rose gold is 45 mm in diameter. Inside, the in-house movement UN-690 is self-winding, with a power reserve of about 48 hours. The solid caseback includes a medallion depicting the watch’s musical theme. The watch has the standard 30-metre water resistance. 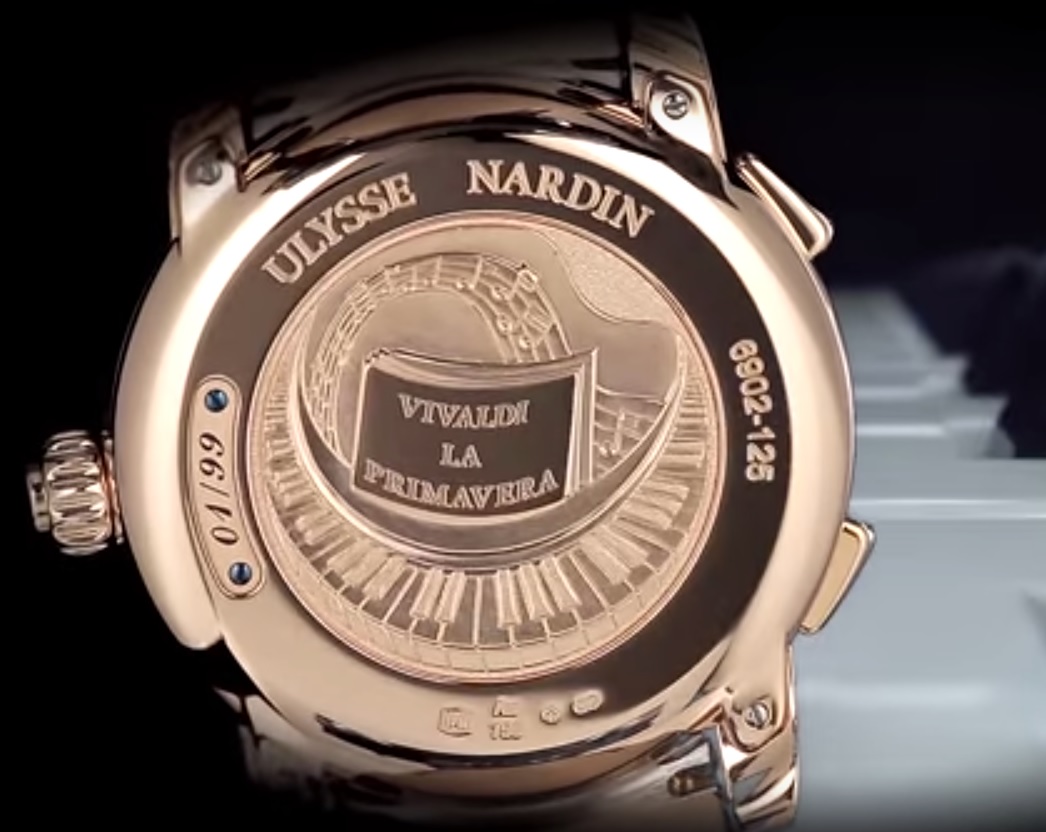 The Ulysse Nardin Stranger Vivaldi, reference 6902-125/VIV, is a limited edition of 99 pieces, price €105,000, available now (September 2015) in Ulysse Nardin retailers. It is in rose gold, with versions in other precious metals possibly arriving later. The video below provides an idea of what it sounds like in action.