Solid caseback with engraving of the Northrop F-5E Tiger II, with the edition number 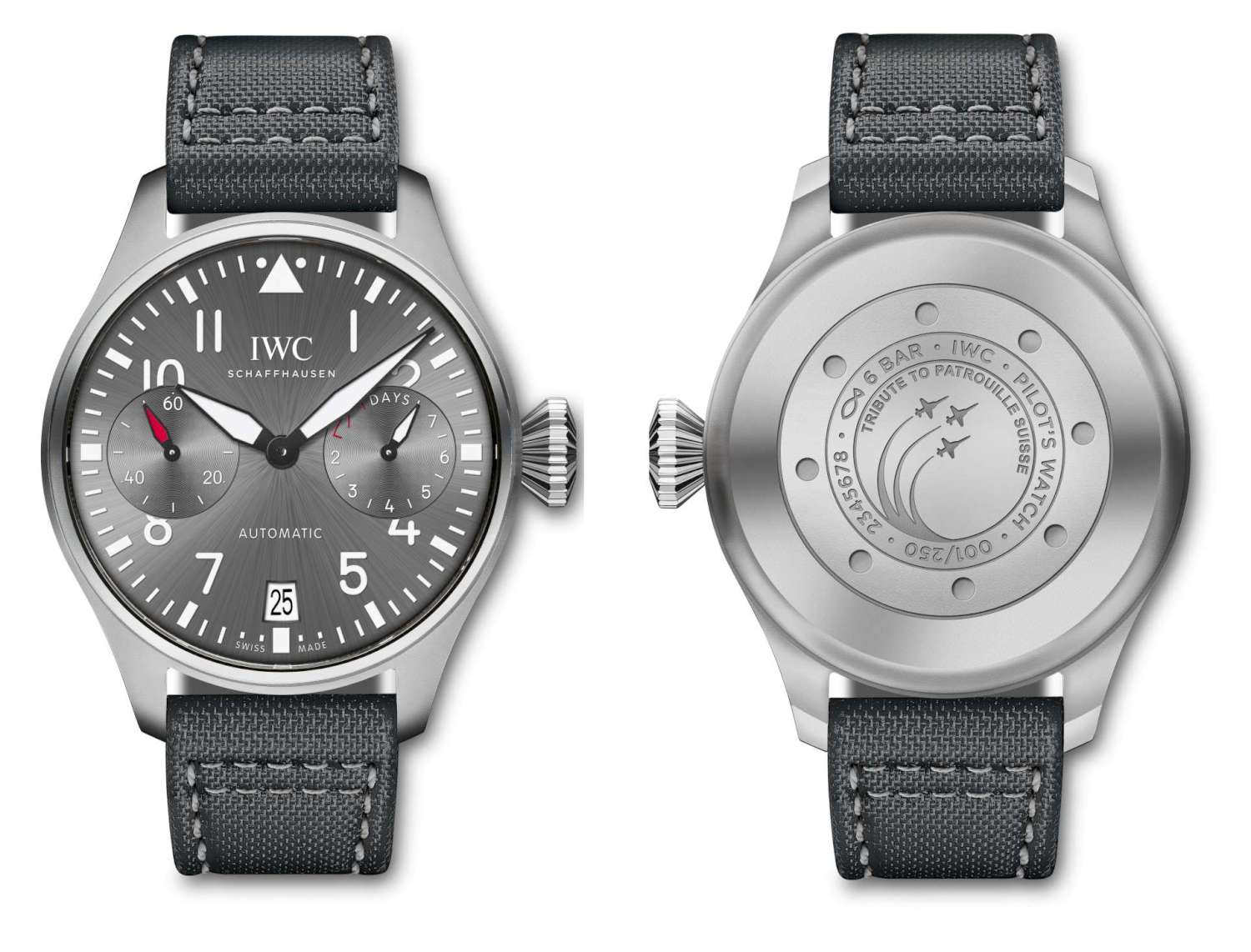 In Switzerland they’re good at making watches, but they can also fly, with the Patrouille Suisse performing tight-formation aerobatics since its foundation in 1964 (exactly 50 years after the foundation of the Swiss Air Force, 1914). In 2013, the Swiss defence minister announced that the squadron would be disbanded by early 2016, but it seems that it will now keep flying at least until 2018. Their formations have names such as Eiger and Matterhorn, and they fly at up to 1,000 km/h, sometimes just 60 metres from the ground.

IWC is celebrating the Patrouille Suisse with a limited edition of their classic Big Pilot’s watch first introduced in 1940. The watch is fitted with the in-house 51011 movement, the largest ever made by IWC, running at 3 Hertz, with a massive power reserve of 168 hours (7 days): it could even be longer, but IWC have a mechanical limiter to ensure that rather than running inaccurately at the lowest levels of spring tension, the watch stops after 168 hours. The power reserve indicator at 3 o’clock reminds the user when it needs winding. The small seconds subdial is diametrically opposite at 9 o’clock, with date at 6 o’clock. The case is in stainless steel, and the movement is protected against magnetism by a soft-iron cage. The case is water-resistant to 60 metres, and is also protected against sudden drops in air pressure. 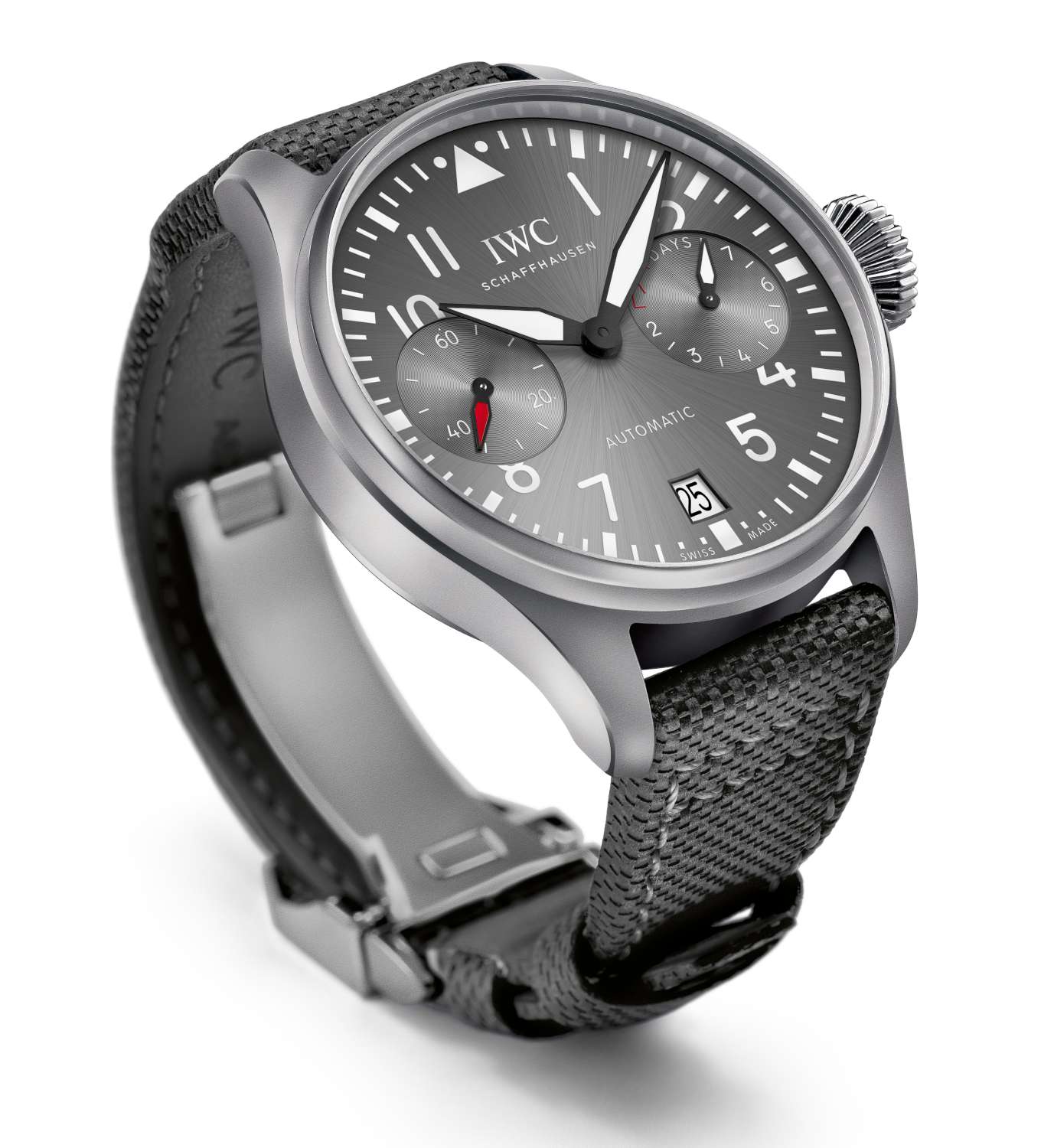 The pilot’s watch DNA is expressed by the large case size (46 mm diameter, 16 mm thickness), the arrowhead index at 12 o’clock, the bold, luminescent numerals and hands, and the large conical crown. The movement has the stop-seconds function for precision time-setting. The solid caseback has an engraving of the Northrop F-5E Tiger II, with the edition number. The watch has an anthracite-colour leather embossed strap with folding clasp. 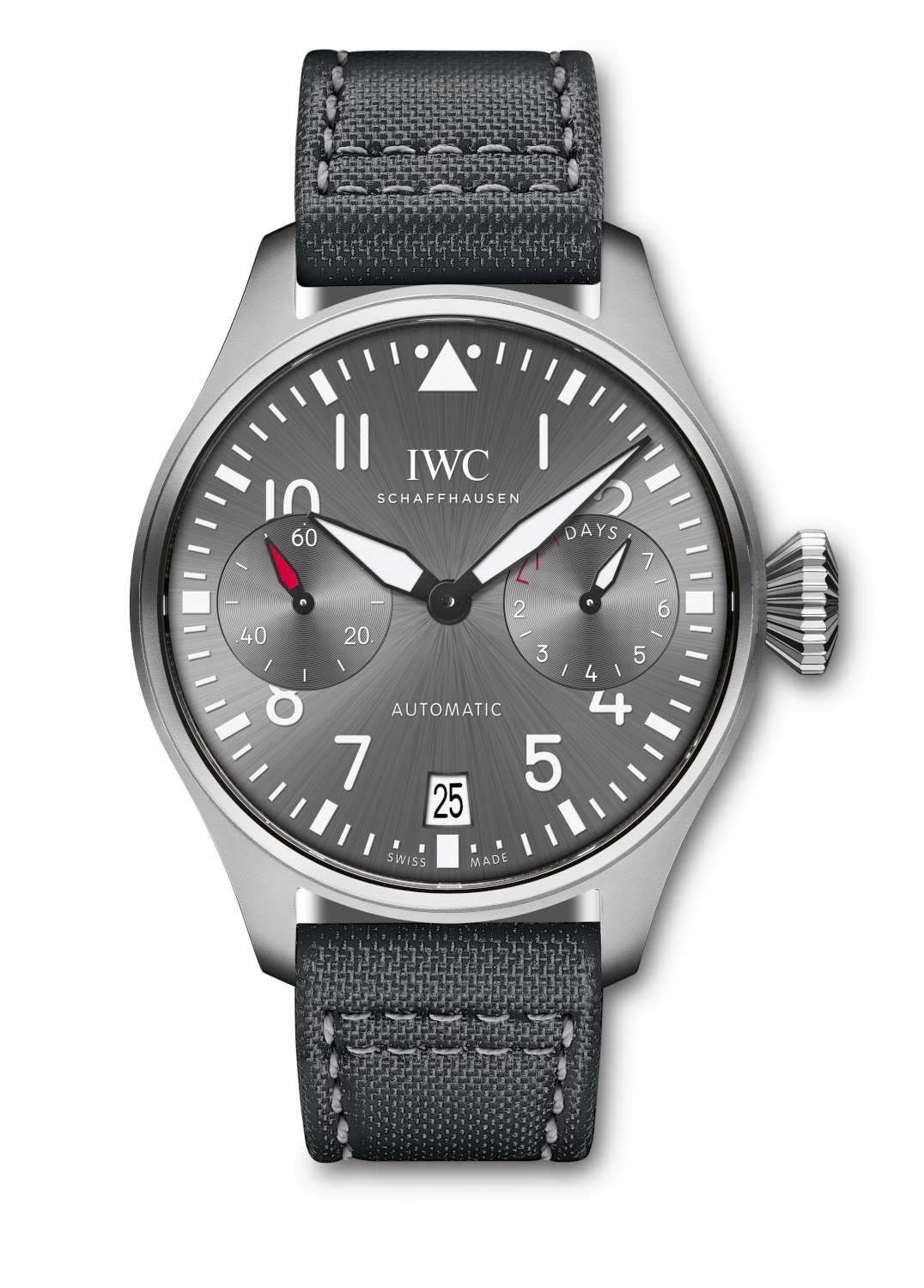 The watch, reference IW500910, is a limited edition of 250 pieces. It will be available from September 2015 at IWC boutiques and retailers in Switzerland, and later at IWC boutiques worldwide. The price is US$ 15,150. 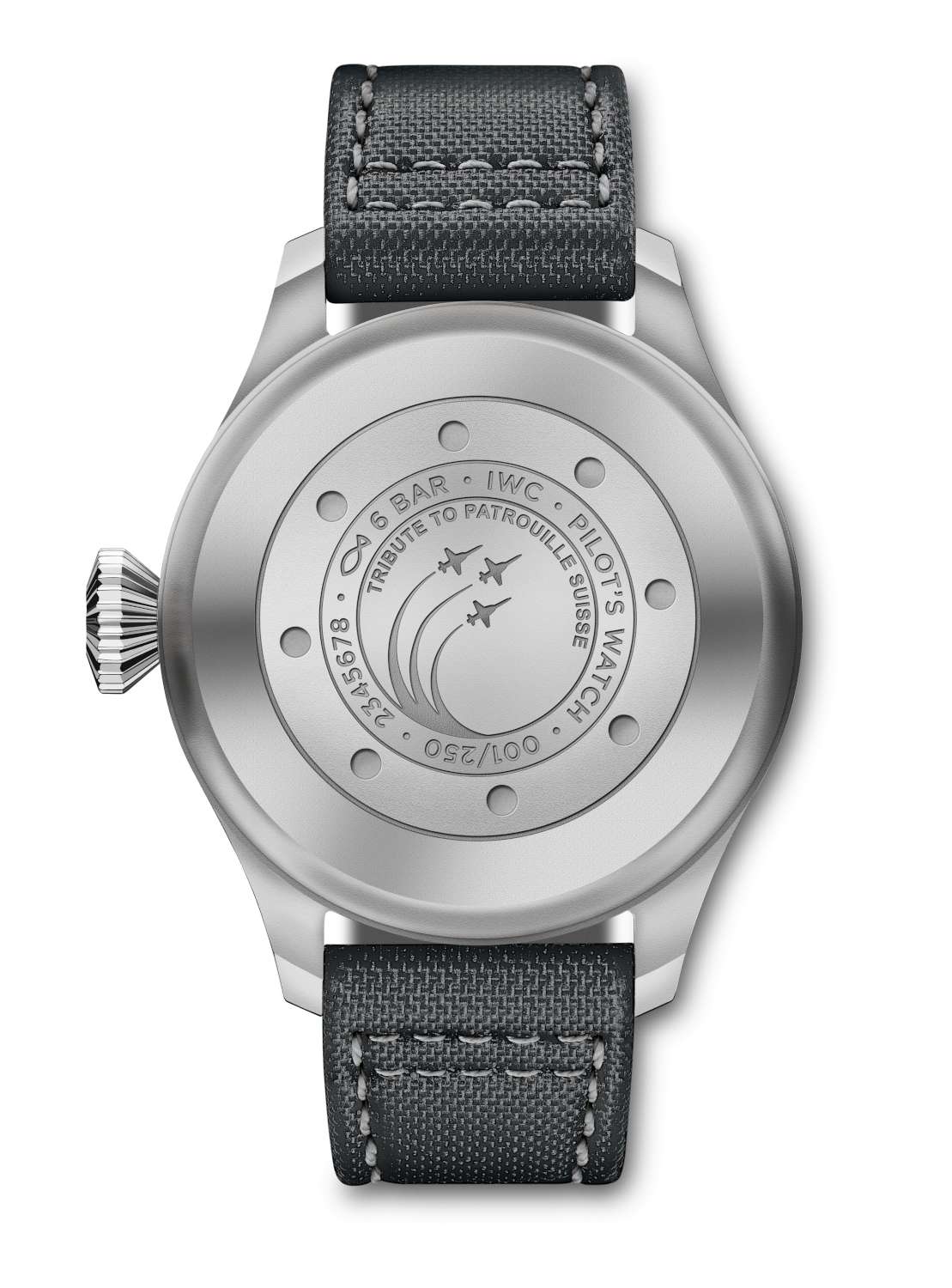