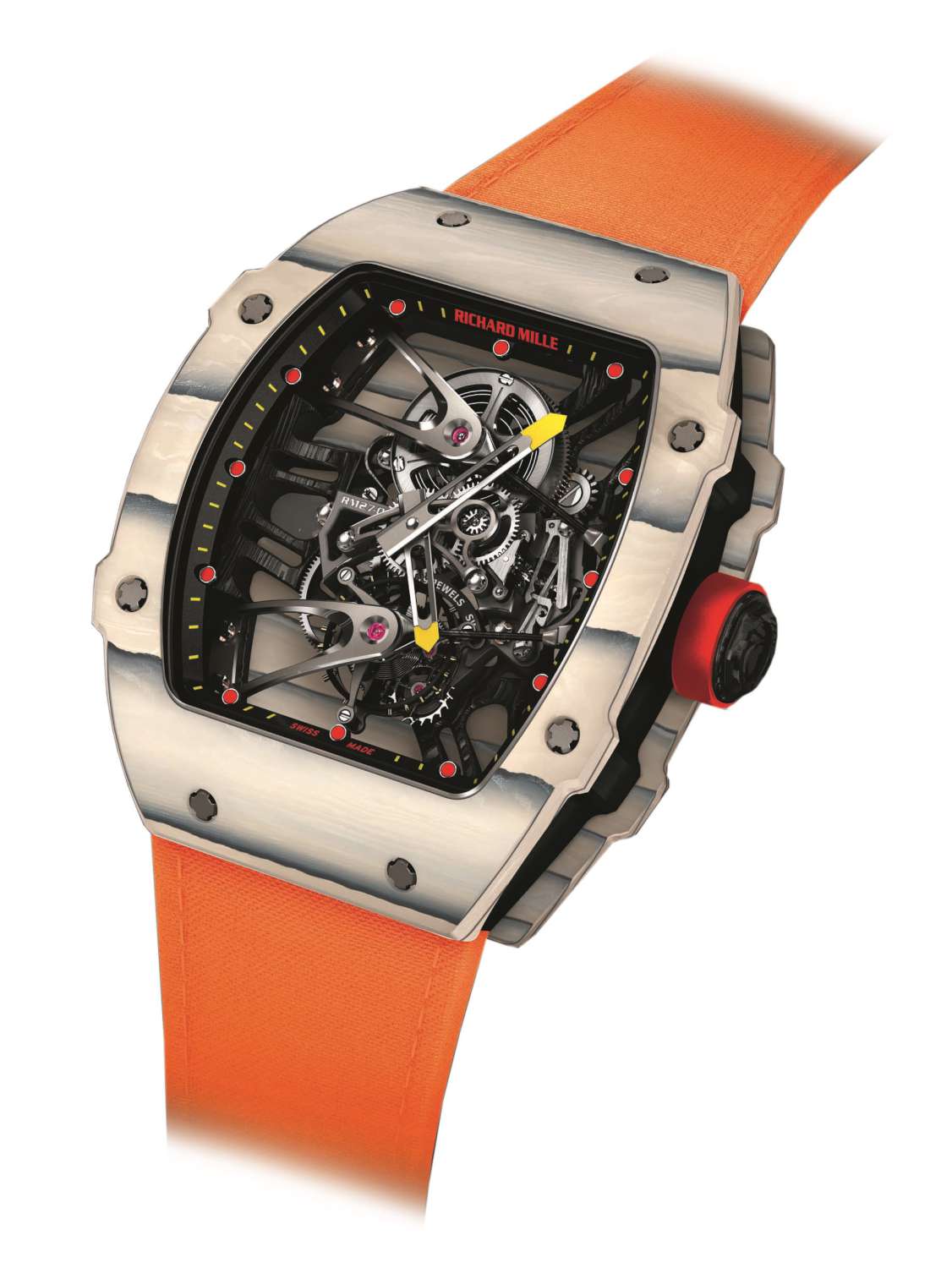 At SIHH in January, Richard Mille announced that at that show they would be presenting just two watches, with others arriving later, so as to ensure the appropriate amount of media attention for each piece. True to their word, they are now providing a first look at the RM 27-02 tourbillon made in cooperation with Rafael Nadal, a testimonial who wears the watches on court. They have to be tough enough to withstand all the game action, and they have to be very light so as not to distract him. The arrangement works to perfection, and the Richard Mille approach of making limited editions of very expensive watches is very successful when allied to testimonials of the caliber of Nadal and Felipe Massa, and to the brilliant marketing instinct of founder Richard Mille himself. It is likely that the 50 pieces of the RM 27-02 that will be made have already been sold, above all to Middle Eastern countries. The price, $775,000, is even higher than that of the RM 027 ($500,000) and the RM 27-01 ($690,000), all of which sold out soon after launch. It’s also probable that the value of the watches will increase after a few years, such is the demand.

The watch has a case in an innovative material, a combination of TPT quartz and NTPT carbon in a laminated construction which, after it has been machined into the shape of caseback and bezel, produces a mottled surface appearance (rather like the type of carbon used in the Panerai Carbotech PAM00616) and ensures that each piece has a unique appearance. Below the pearly white bezel is an unusual baseplate, a series of struts from which the movement is slung, an arrangement inspired by racing cars. The so-called “unibody” baseplate is continuous with the case middle (caseband), and it is made from NTPT carbon which also produces a veined appearance after machining. The watch is held together by the brand’s characteristic titanium spline screws.

The movement is suspended in a wide open space, with arching titanium bridges holding the mainspring above and the tourbillon below. The tourbillon is capable of withstanding a force of 5,000 G. Hands are skeletonized with yellow tips. The watch has a power reserve of over 70 hours (as the mainspring is in full view, the user has an idea of how much power reserve is left), and a distinctive orange strap. 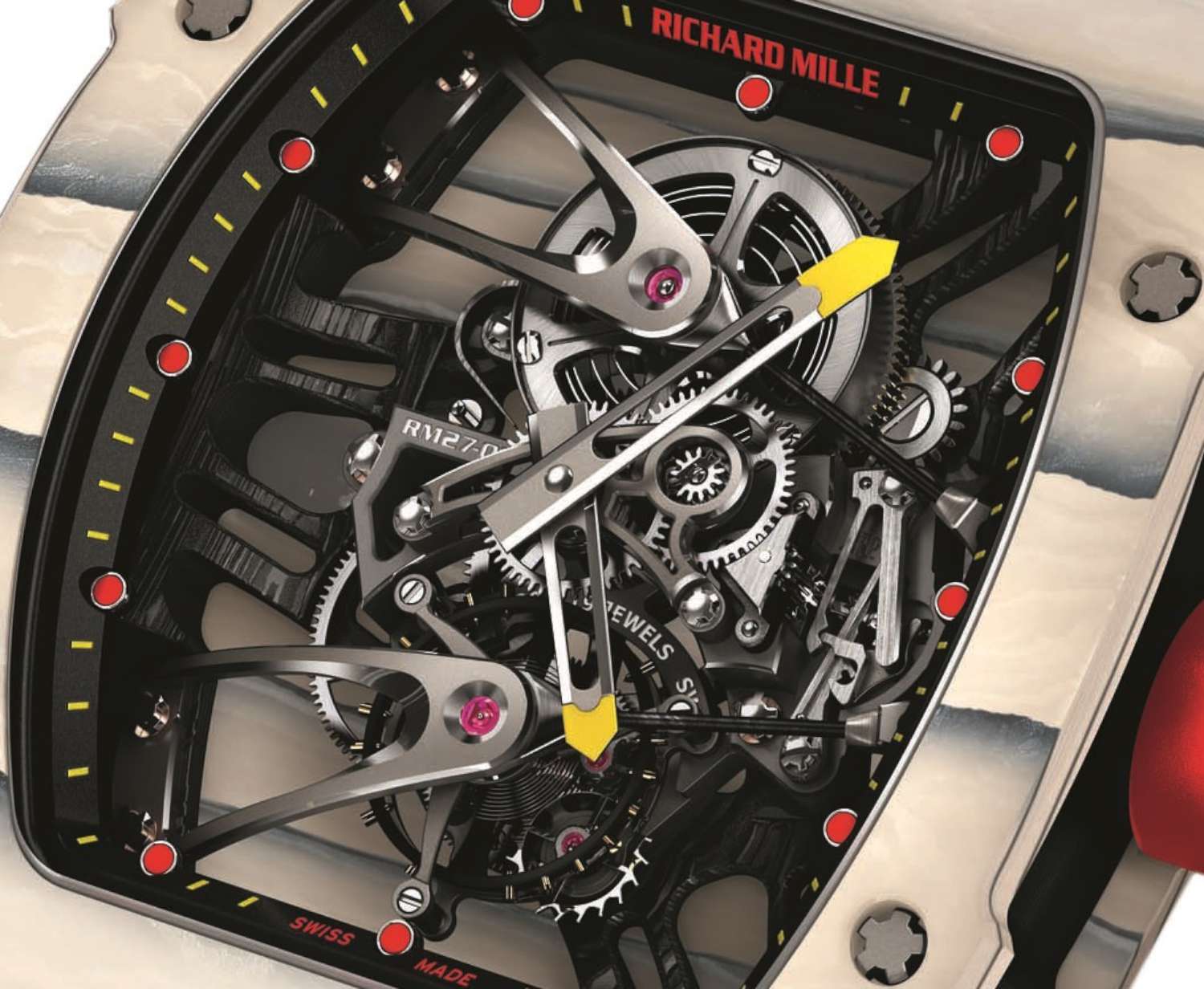 It will be in Richard Mille boutiques towards the end of September 2015. The prototype of the RM 27-02 will be donated to the charity auction Only Watch, which will take place on 7 November in Geneva. Below, Rafael Nadal, photo courtesy of Richard Mille. 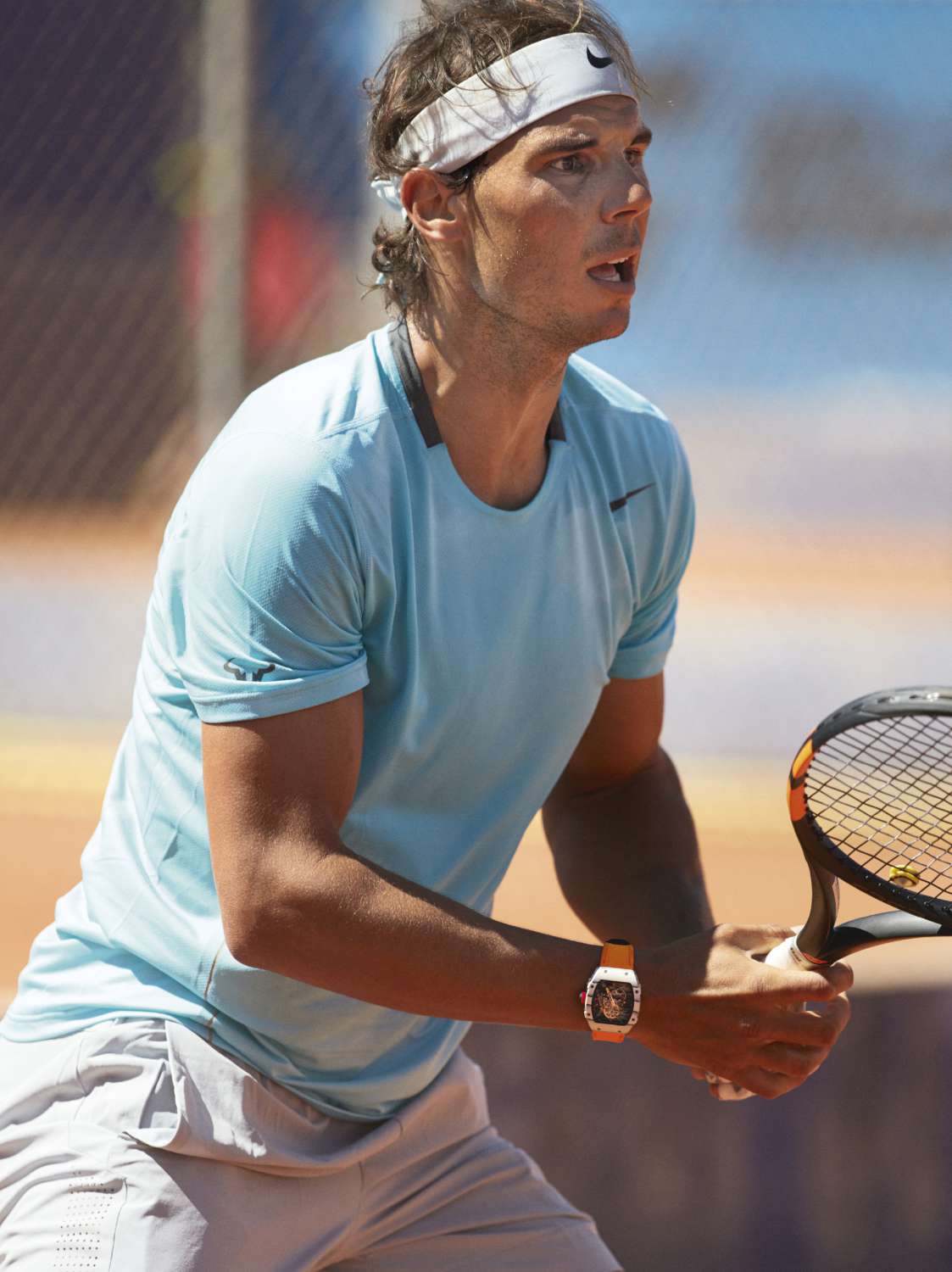