RJ2000-A automatic movement is based on a standard ETA 2892 or equivalent with an extra module for the jumping retrograde hours designed by Jean-Marc Wiederrecht of Agenhor, power reserve 38 hours 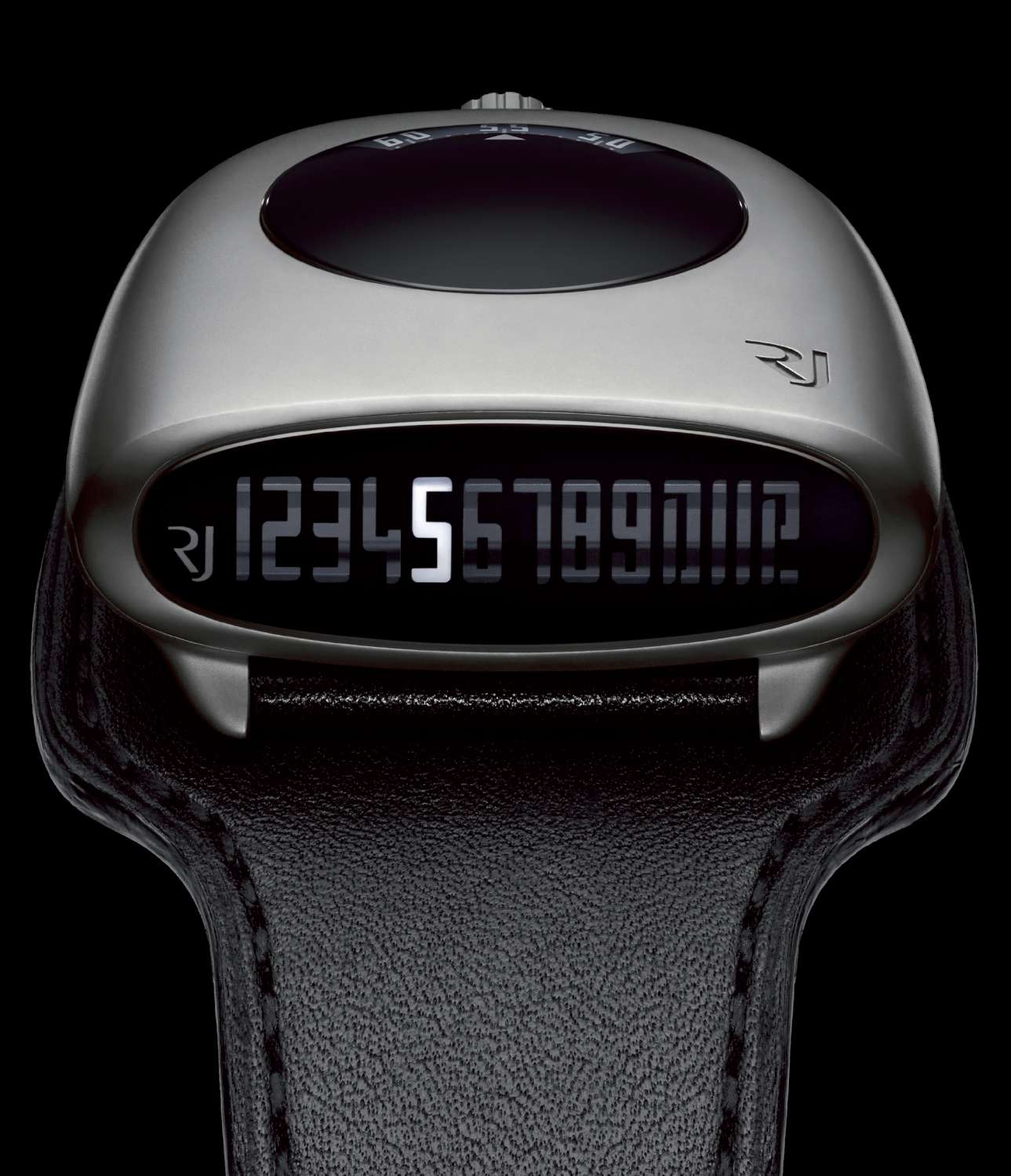 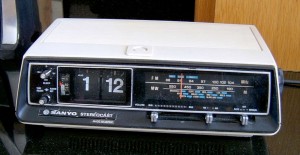 Clock radios are very much something of my generation. One of these objects woke me up every day during school and university in the 1970s, and that sort of design is very much part of that decade. It was quite surprising to see the new Romain Jerome Subcraft at Baselworld 2015, a mechanical watch that looks rather like one of those clock radios. It has a simple, rounded case in beadblasted or PVD-coated titanium, and hours are shown in a window at the front, and minutes at the back of a circular window on the top. 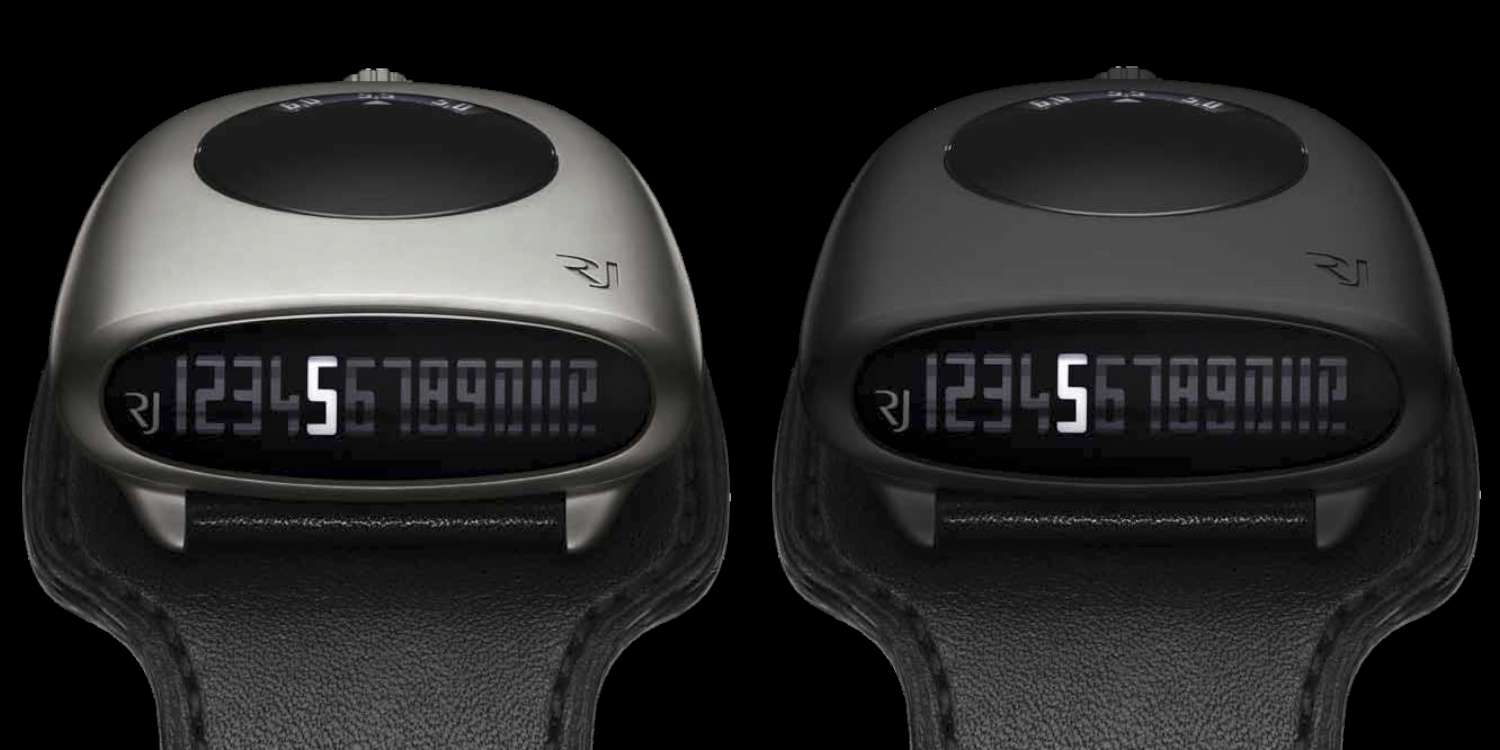 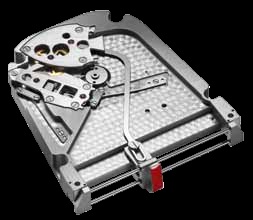 The watch may not look all that complicated, but it’s not an easy task to turn the continuous rotational motion produced by a watch movement into an hour display that starts at 1, jumps every hour, and then, after it has reached 12, jumps all the way back to 1 again. This is achieved by means of a mechanism designed by Jean-Marc Wiederrecht of Agenhor, an independent watch design consultancy company. The calibre is basically an ETA 2892 or equivalent with an extra module for the jumping retrograde hours. The complexity of this module can be gauged from the fact that while the base movement has 21 jewels, the additional module has 33. The hours are actually shown by a rectangular indicator coated in white SuperLuminova behind a row of cut-out numerals.

In actual fact, this watch is a new version of the Romain Jerome Spacecraft piece introduced in 2013 (shown at right). It uses the same calibre, the self-winding RJ2000-A movement. It has a power reserve of 38 hours, less than the usual 42 hours for the ETA 2892 as a result of the jumping-hour module. The streamlined case was designed in cooperation with Alain Silberstein, watch designer: it has a curved watchglass over the hour indication, while the circular window on top is black. It’s a minimalist design; nothing of the movement can be seen, because there is no sapphire caseback. The watch is mounted on a calf cuff, which has a circular cut-out so that you can see the Alain Silberstein signature and the number of the 99-piece limited edition on the caseback. Case size is 52.3 x 40.1 x 17 mm, water resistance 30 metres.