Titanium piston moving up an down in a one-minute cycle 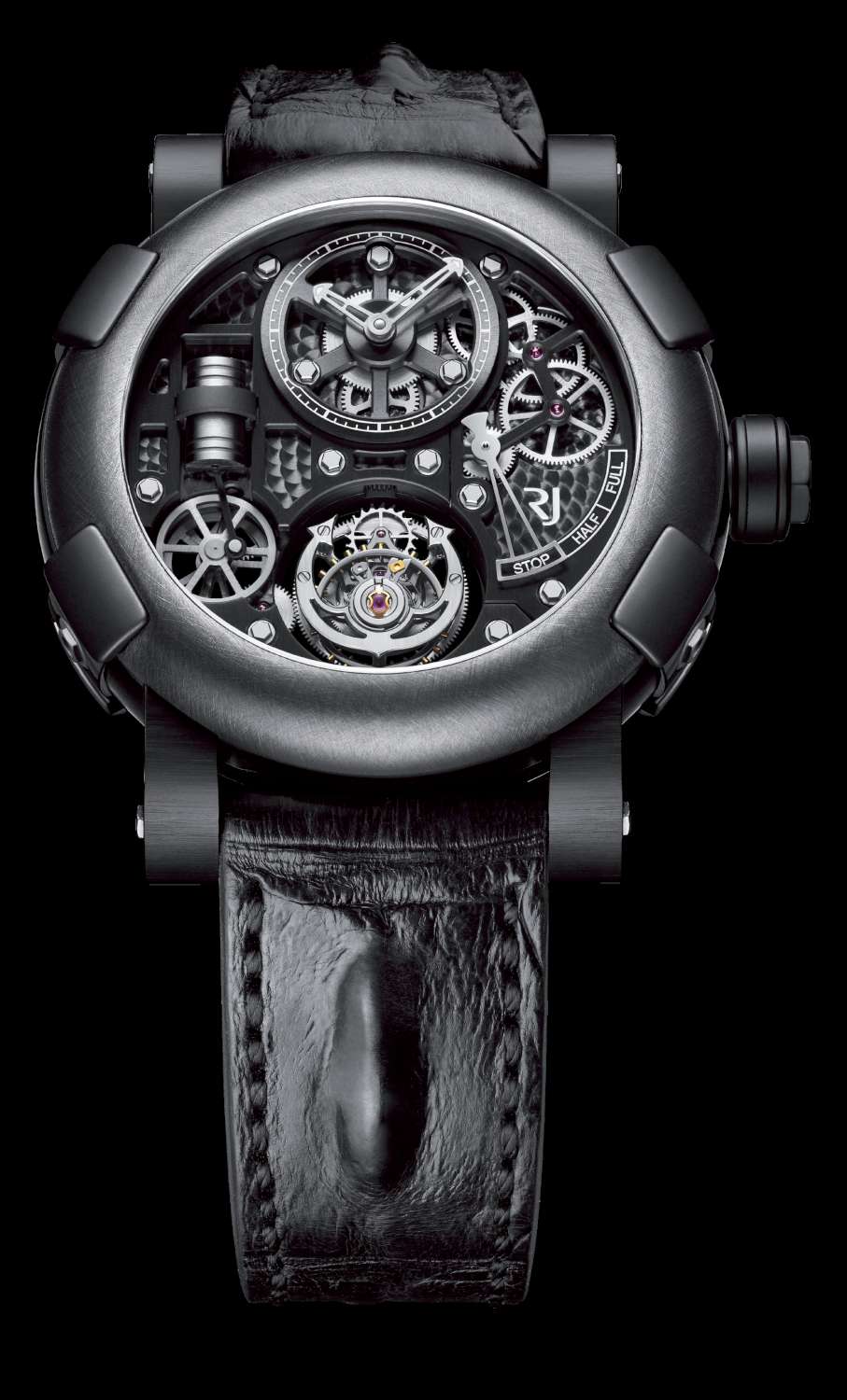 Romain Jerome does steampunk exceptionally well. The idea of steam-age machines that have gone far into the future, retaining all their romantic smoke, rust and brass produced an entire genre in art and movies, and in a way, mechanical watches are already steampunk in themselves, anachronistic survivors of a mechanical age in an electronic world. (Photo below is by stephane/flickr.com) 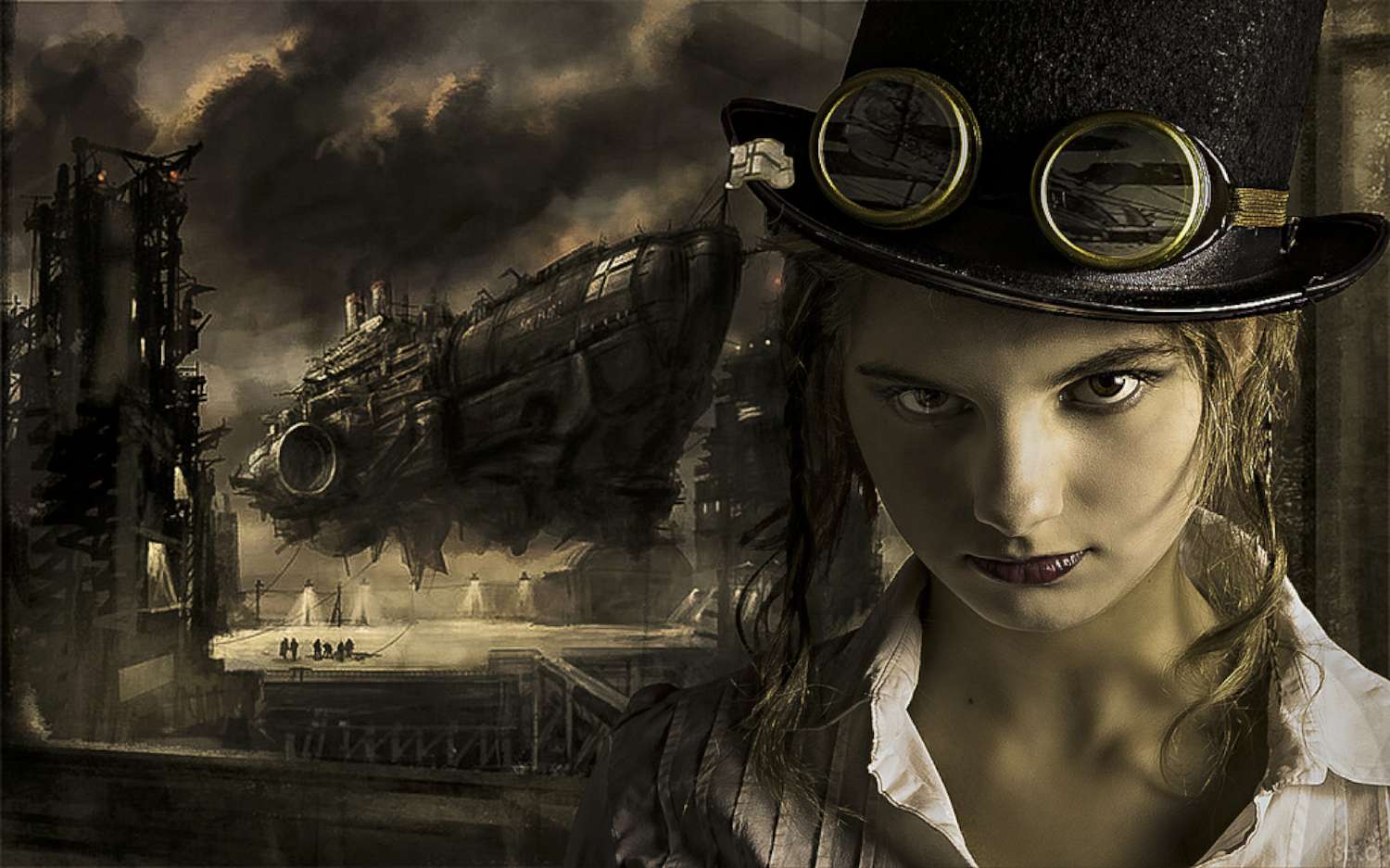 The Romain Jerome Steampunk Tourbillon is interesting to look at, with a hand-brushed bezel that makes each of the limited-edition pieces unique, a flying tourbillon at 6 o’clock with an anchor-shaped cage rotating once a minute, and a titanium piston at 9 o’clock which also runs in a one-minute cycle. The power reserve indicator on the right is designed like a steamship engine order telegraph, and the hour and minute hands have anchor-shaped tips with triangles of green-glowing SuperLuminova.

From the caseback, the transparent sapphire glass window reveals a view that is more horological and less steampunk, with an anchor-shaped bridge holding the tourbillon and carefully-brushed finish on the mainspring barrel at 12 o’clock. 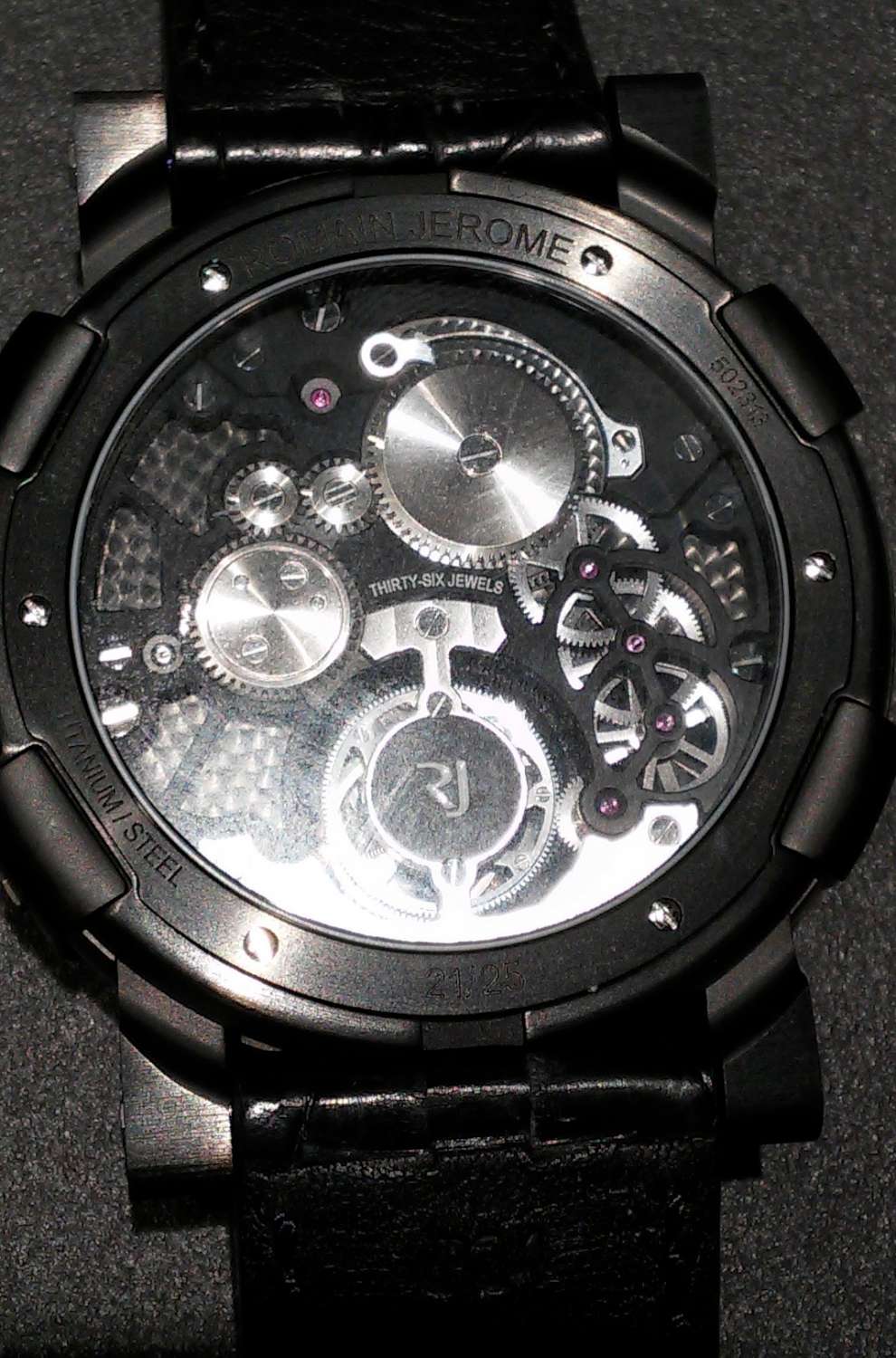 The hand-wound tourbillon movement is the RJ200-TS calibre, made by Swiss company Concepto and presumably extensively modified. It runs at 4 Hertz (28,800 vph) and has a power reserve of 48 hours.

The watch is large at 50 mm diameter, with a case in black PVD-coated steel and titanium, 30 metres water resistance. It is mounted on a black hornback alligator strap with steel folding clasp.

Another version of the piece, the Steampunk Tourbillon Titanic, reference RJ.T.TO.SP.003.02, is even more steampunk in its appearance, with a bezel made from stabilized rusted steel from the Titanic and from the Belfast shipyard where the ship was built. This is also a limited edition of 25 pieces, price 88,000 Swiss francs, €97,950, US$ 107,500. 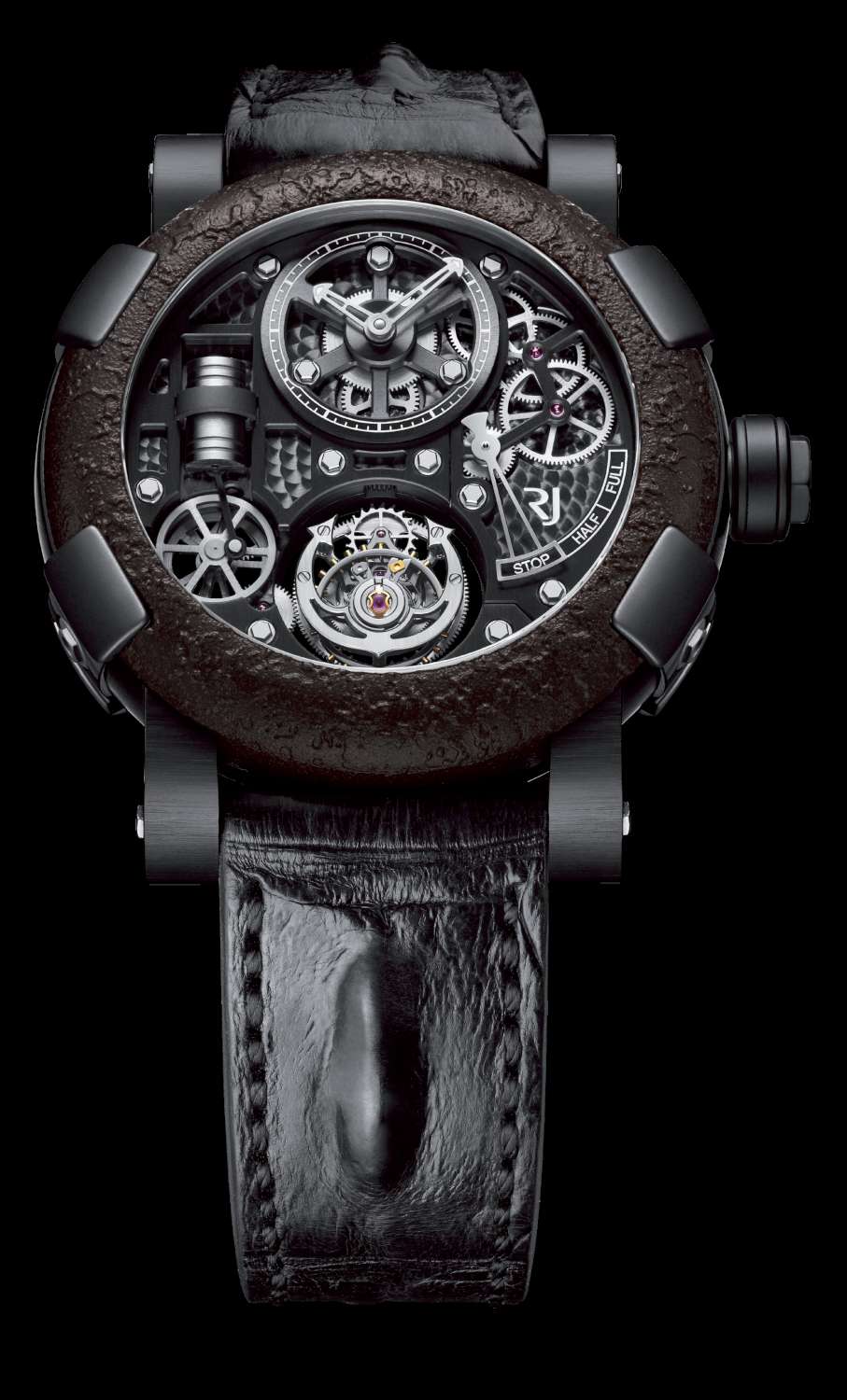 Below, there is a short video showing the tourbillon and the piston in action: