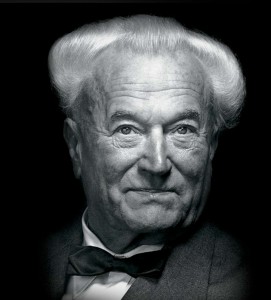 In the straightforward version, Hans Wilsdorf, founder of Rolex, founded Tudor on 6 March 1946, to create products with the reliability of the Rolex but with a lower price. This was a far-sighted move: he was, in effect, creating his own in-house competition, a fighter brand, for his principal marque.

In a 1946 advertisement, Wilsdorf announced, “For years now I have been considering the idea of making a watch that our agents could sell at a more modest price than our Rolex watches, and yet one that would attain the standards of dependability for which Rolex are famous. I decided to form a separate company, with the object of making and marketing this new watch. It is called the Tudor Watch Company.
“The instructions I gave – that it [The Tudor Oyster Prince] must be the best possible watch that could be made to sell at a medium price – have been magnificently carried out. (…) I have decided that the Tudor Oyster Prince deserves to share with the Rolex two advantages that I would allow no other watch to use – the waterproof Oyster case and the original self-winding Perpetual ‘rotor’ mechanism.”

But, as is usually the case in watchmaking, the story is more complex. Philippe Hüther had founded a watchmaking company in Colombier, near Neuchâtel, in about 1917. He died in 1925, and his wife took over, renaming it Veuve de Philippe Hüther. Her company supplied watch components to Rolex. She registered the brand name Tudor on behalf of Hans Wilsdorf, in 1926, and the earliest Tudor watches were presumably made by this company. At that time they were marked on the dial with a simple logo, the name Tudor with an extended T. Wilsdorf took the new brand back under his wing in 1936, and the logo changed to the name in Gothic characters accompanied by a shield bearing the Tudor rose. After he had founded the new company Montres Tudor SA in 1946, the logo changed again, to the name accompanied by a rose alone, without the shield. The rose would disappear, replaced by a simple shield, in 1969.

Veuve de Philippe Hüther continued to operate, moving to Solothurn, near Biel in Switzerland, in the late 1940s, and manufacturing watches with various trade marks such as Brunela, Cloquet, Hermia, Mortima, Puncto and Puncto-Matic.

In 1952 the Tudor Oyster Prince was used on a British Royal Navy expedition to Greenland, marking the brand’s policy of marketing the watches as ideal for professionals, in a working environment. The first Tudor Oyster Prince Submariner was produced in 1954, and it was designed as a professional diving watch: reference 7923 was the only hand-wound diving watch made by Tudor, and it was very similar to the Rolex Submariners. Later, Tudor watches acquired their own characteristics, such as the Snowflake hour hand with a rhomboid shape at the end. Tudor Submariners were used by many naval forces, above all the French Marine Nationale. Below, the Tudor Oyster Prince Submariner reference 7923: 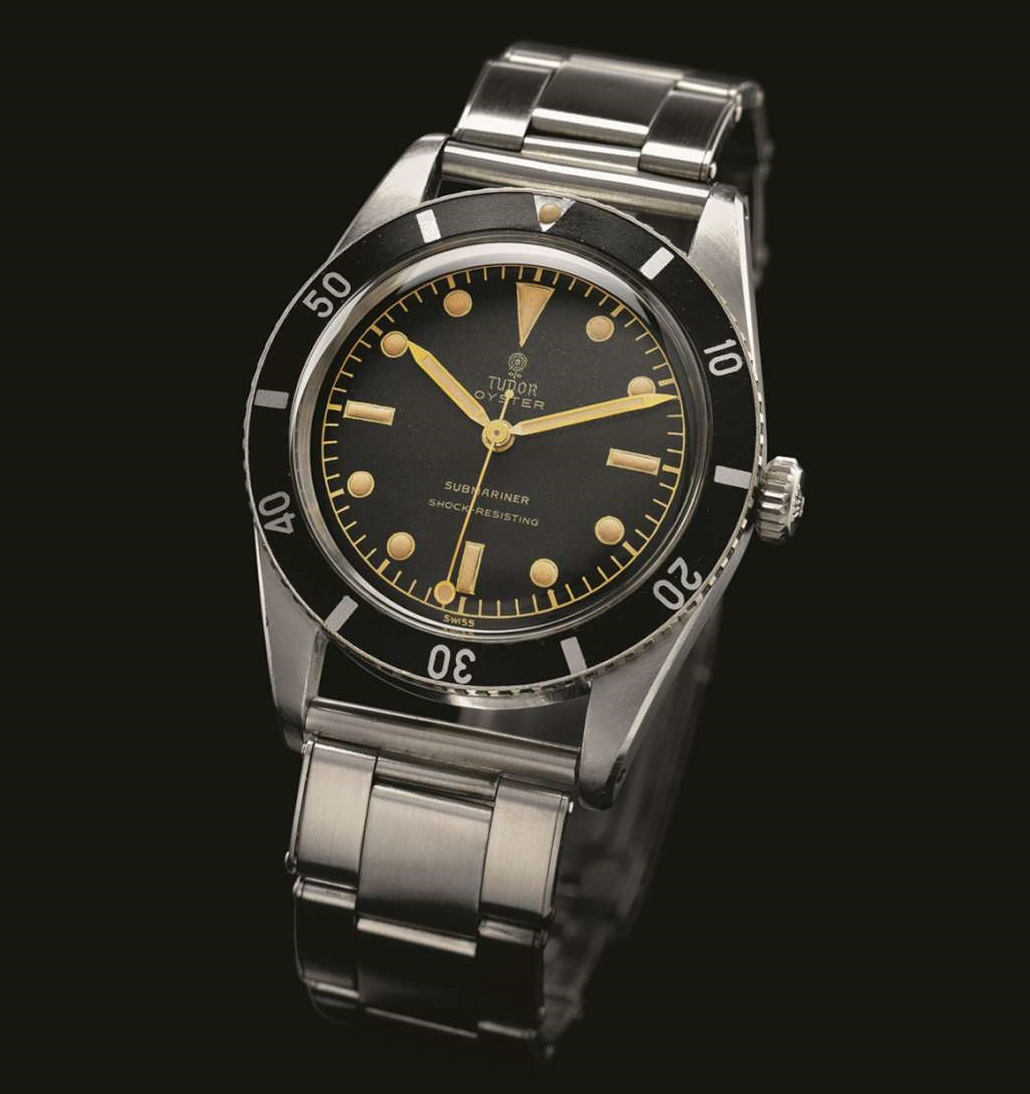 The Tudor Advisor was launched in 1957, with an alarm function. The 1974 Montecarlo was a chronograph, and so a lower-priced alternative to the Rolex Daytona using a Valjoux movement made by an external supplier. Nonetheless, it had something that the Daytona didn’t have: a date window. Below, the Tudor Oysterdate Montecarlo, 1971: 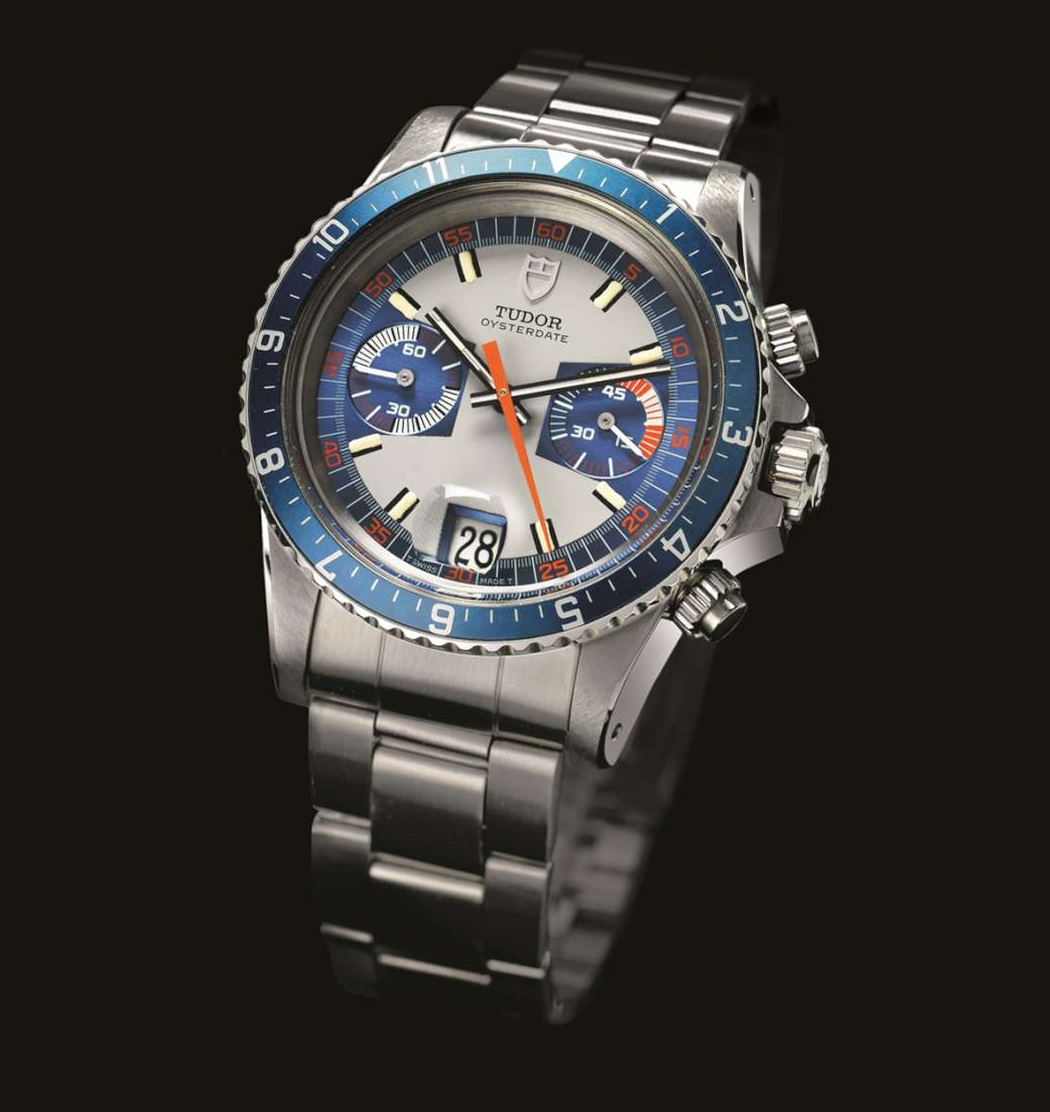 Over time, Tudor became the most innovative and experimental part of the Rolex empire (it has been said, not just for this reason, that Tudor is “the thinking man’s Rolex”). The “Big Block” chronograph reference 9430/0, launched in 1976, was the first of the group’s chronographs to have an automatic calibre. The Rolex Daytona was given an automatic movement (the El Primero by Zenith) only in 1988. Another example is the integrated case and bracelet invented by Gerald Genta for the Audemars Piguet Royal Oak and the Patek Philippe Nautilus, in the 1970s. Tudor followed suit with the Prince Oysterdate Chrono-Time (below, image courtesy of Antiquorum) in 1976. 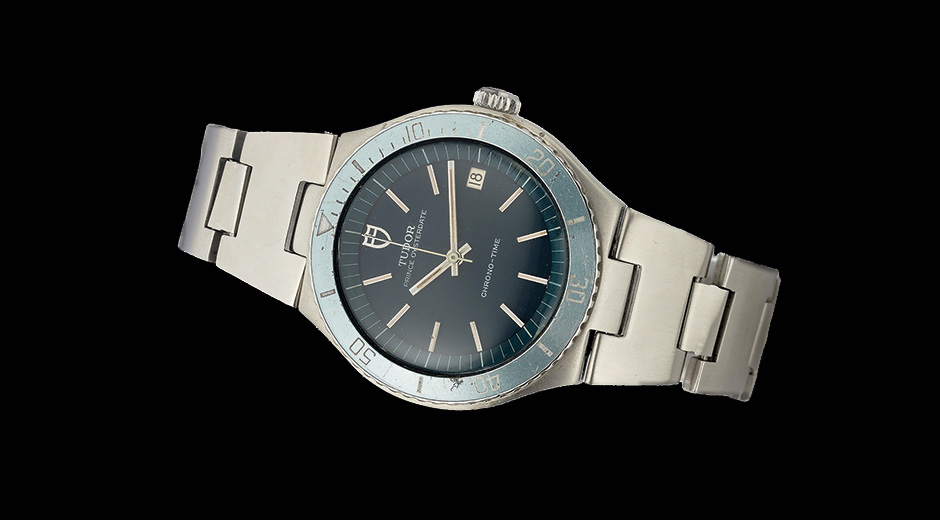 A major brand relaunch took place in 2009, with a new product line, Tudor Grantour, and a new advertising campaign based on the claim “Designed for performance. Engineered for elegance.” There was a new emphasis on style, in contrast with the 1980s communications based on strength and durability. In 2011, Tudor began a collaboration with Ducati, and in 2013, with the World Endurance Championships, a motor-racing series run by FIA (Fédération Internationale de l’Automobile).In 2013, Tudor returned to the United States (a market that they had left in 2004) and in 2014, to the UK. 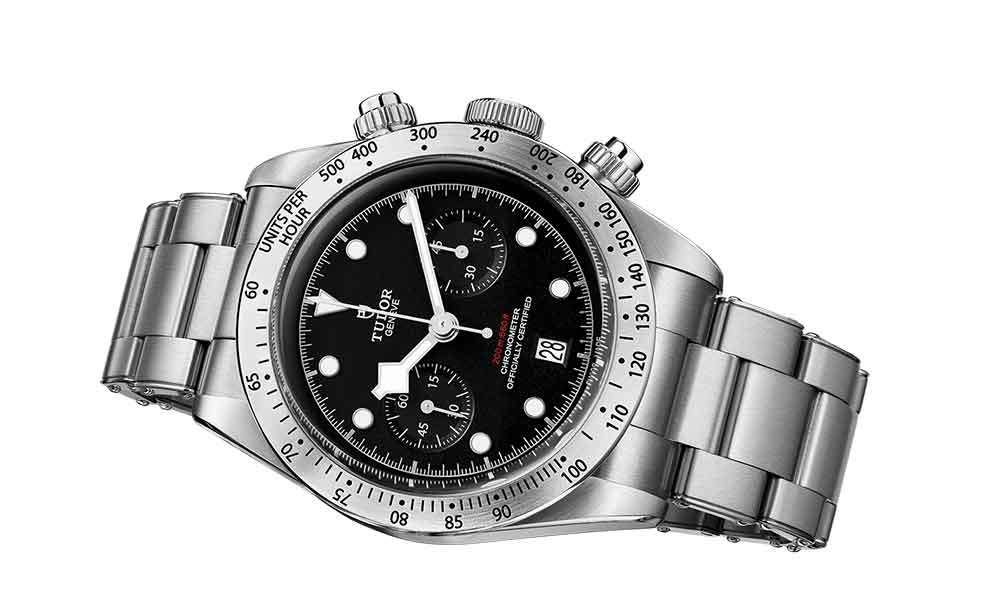 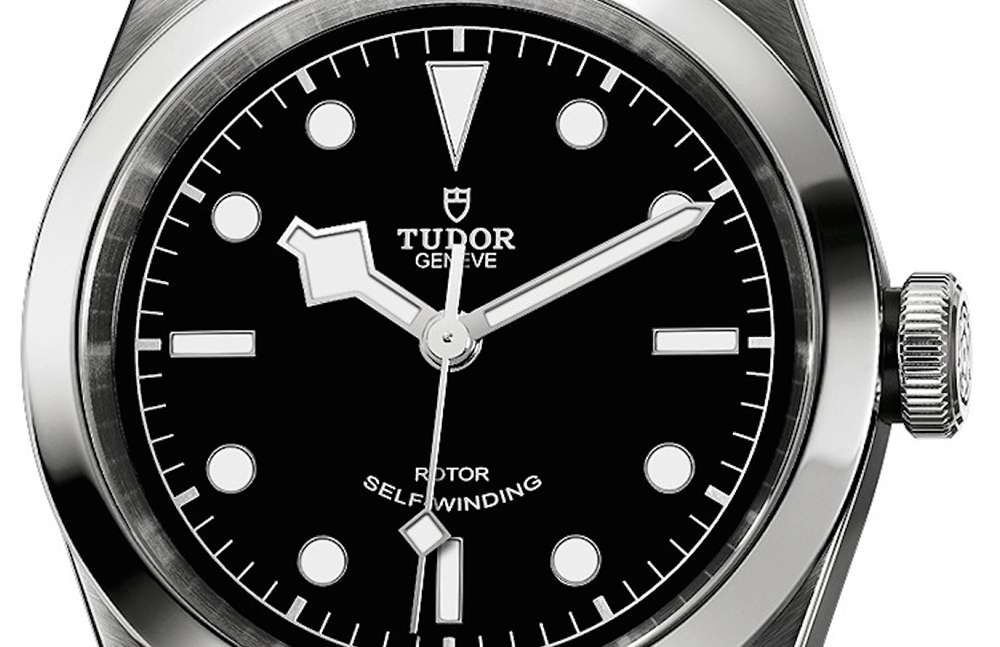 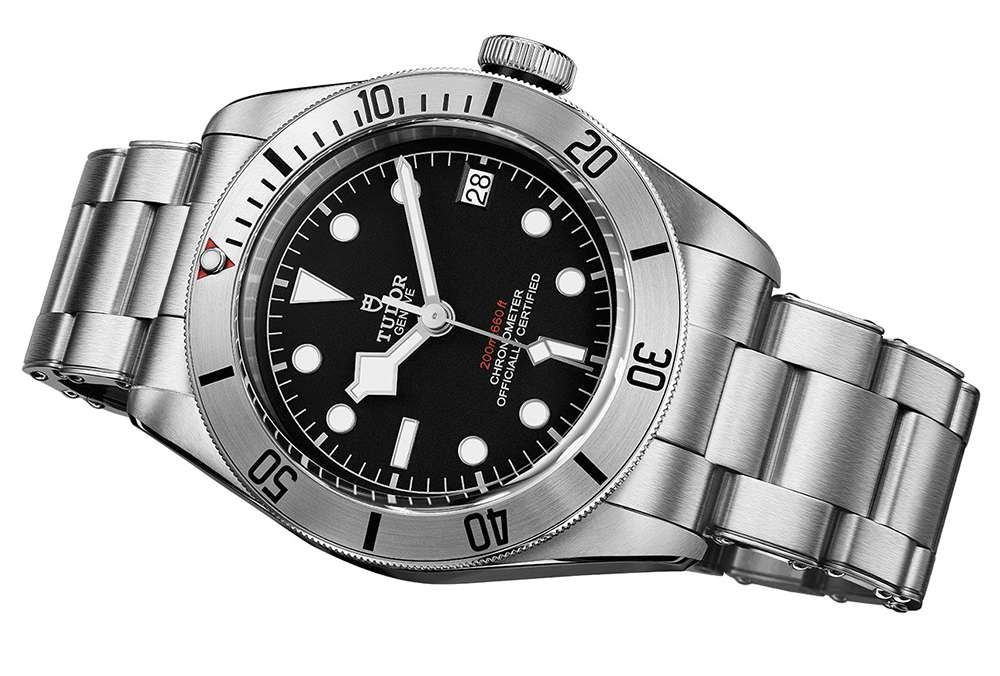 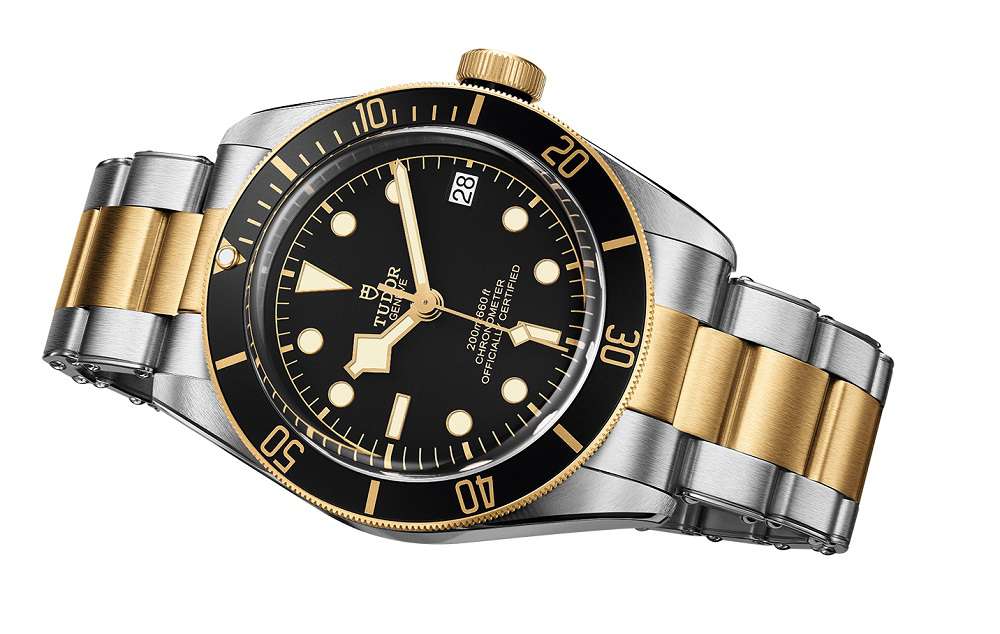 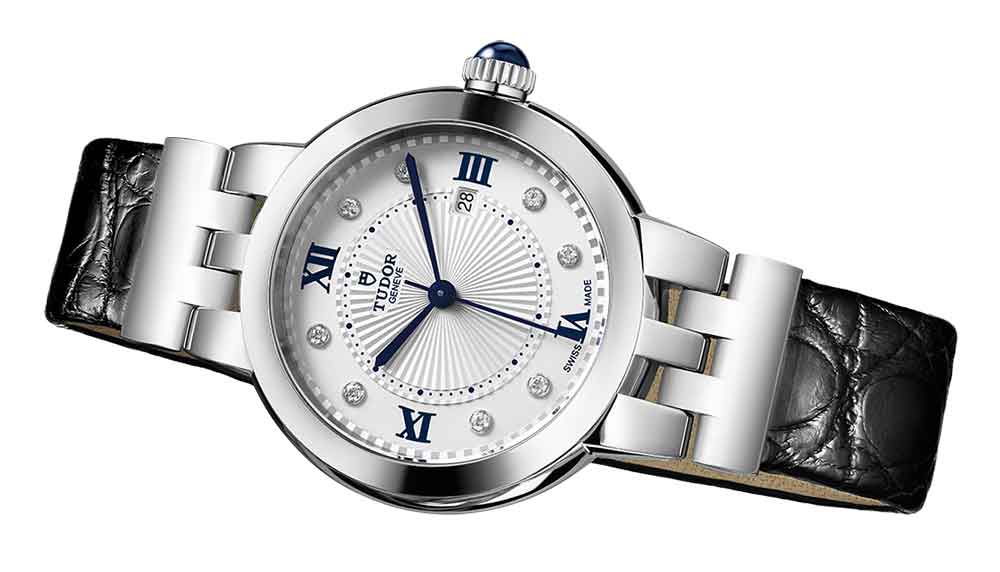