Nicole Kidman, ambassador for Omega, is no ordinary woman, but her comments on watches provide an indication of women’s current preferences for watches. They are taken from the official Omega transcripts of an event organized in Milan on 16 September 2015 to celebrate the launch of an exhibition of women’s watches by Omega, and the launch of their new website section on the world of watches for women, titled Time for Her. Text and photos courtesy of Omega 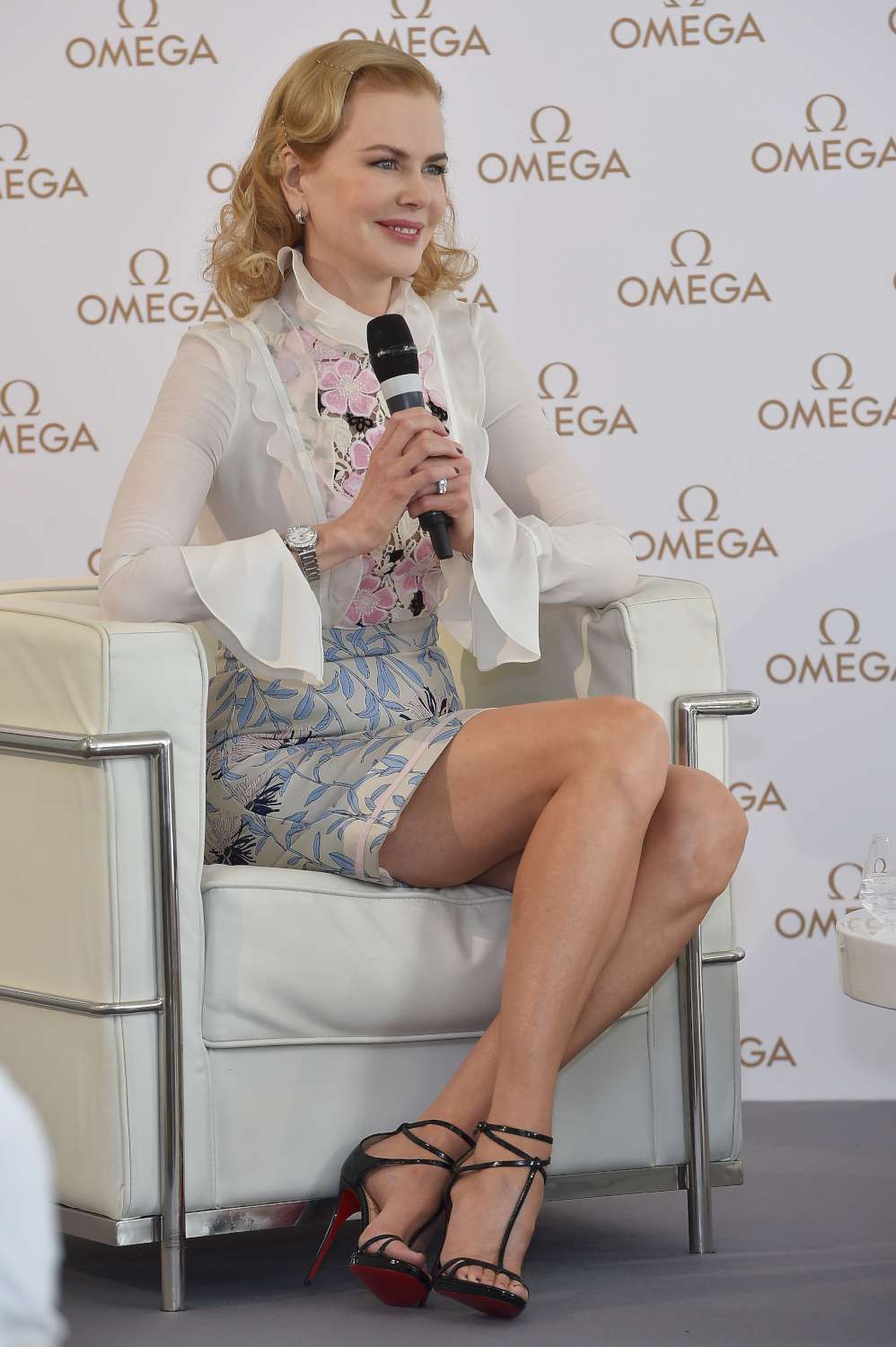 What are your personal preferences for watches?

I love it when it can be worn as jewellery. Then I love sports watches, because I’m athletic. I like a watch that can give me a lot of data, I love a seconds hand, so I can tell how much time I’ve spent on certain things. I also love to meditate, so I use my watch for that.. So I have many, many different reasons to have a watch. But I don’t think I have a favourite. I have said in the past, often I like wearing a very glamorous watch, but then I also love wearing a man’s watch. I love a leather band and a big face. I’ve always thought that’s very cool, especially with a tee-shirt.

Do you consider watches just as an accessory, or a piece of jewellery around your wrist, and do you have a favourite one?

I’ve collected watches now for years. (…) In terms of the reality of life, no, I don’t just use my iphone to tell the time. I love to wear a watch. I love to know exactly what time it is. I love to teach my children to tell the time. So I love them to see me wearing a watch. And I think there’s an elegance and a sophistication to wearing watches. My husband has also become a connoisseur of watches so, I think it was about the history and who we are. Also the way in which Omega has moved into the way we treat a modern watch. It can be a sports watch. It can be a water watch. It can be a beautiful evening accessory. And the technology behind them, the mechanics of it, I’m always fascinated by it. I love seconds hands on watches by the way.

If you could have one feature added to a watch, what would it be?

That it could talk to me.

What would it tell you?

How much longer I have before I have to be on time. I’m very punctual. Strangely enough, I’ve just worked with a director who’s very punctual. He says ‘if you’re 5 minutes late, that’s too late.’ I so appreciate punctuality. (…)

You seem to have a real affinity with Omega and a strong relationship. Can you tell us about that?

As Stephen (Stephen Urquhart, President of Omega) said, they feel like family to me. (…) A lot of times, watches are for men, but Omega is very, very engaged in their female watch buyers. They want women to wear watches, not just because it’s elegant and functional, but because it’s in support of our lifestyle and wanting us to manage our time. And knowing we have just as much desire for the technology and mechanics, just as much as males. I’m absolutely astounded, especially by some of the little tiny watches…

What does time mean for you?

Once you have children, you realize how it all just goes so quickly. My daughter actually came in and showed some little videos of her that had been recorded on an ipad that we have, and she was only 3 years old and just learning to read. And it was heartbreaking, because she’s now 7 years. 4 years had gone by like that. I find that hard, and it makes me sad. It’s sad that it’s so quick. Obviously as you get older that becomes apparent and you have the desire for things to slow down. A lot of people now talk about the ‘slowing down’ of life. It’s called ‘slow time’, where you eat food more slowly, you move more slowly, and I love that. I really support that because I think, otherwise, we’re all rushing through everything and not actually experiencing it. I was reading an article; it was called ‘slow movement’. I’m a huge supporter of slow movement. I need to be reminded of it myself. We’re all capable of doing so much at one time, cooking and talking on the phone at the same time, and emailing, and I don’t get joy from that. My husband and I say grace before every meal, which is a really beautiful thing to teach your children and puts you in a place of gratitude.

In the photo below, courtesy Omega, Nicole Kidman and Garance Dore attend the Omega ‘Her Time’ Gala Dinner at Palazzo Del Ghiaccio on September 16, 2015 in Milan, Italy. (Photo by Vittorio Zunino Celotto/Getty Images for OMEGA) 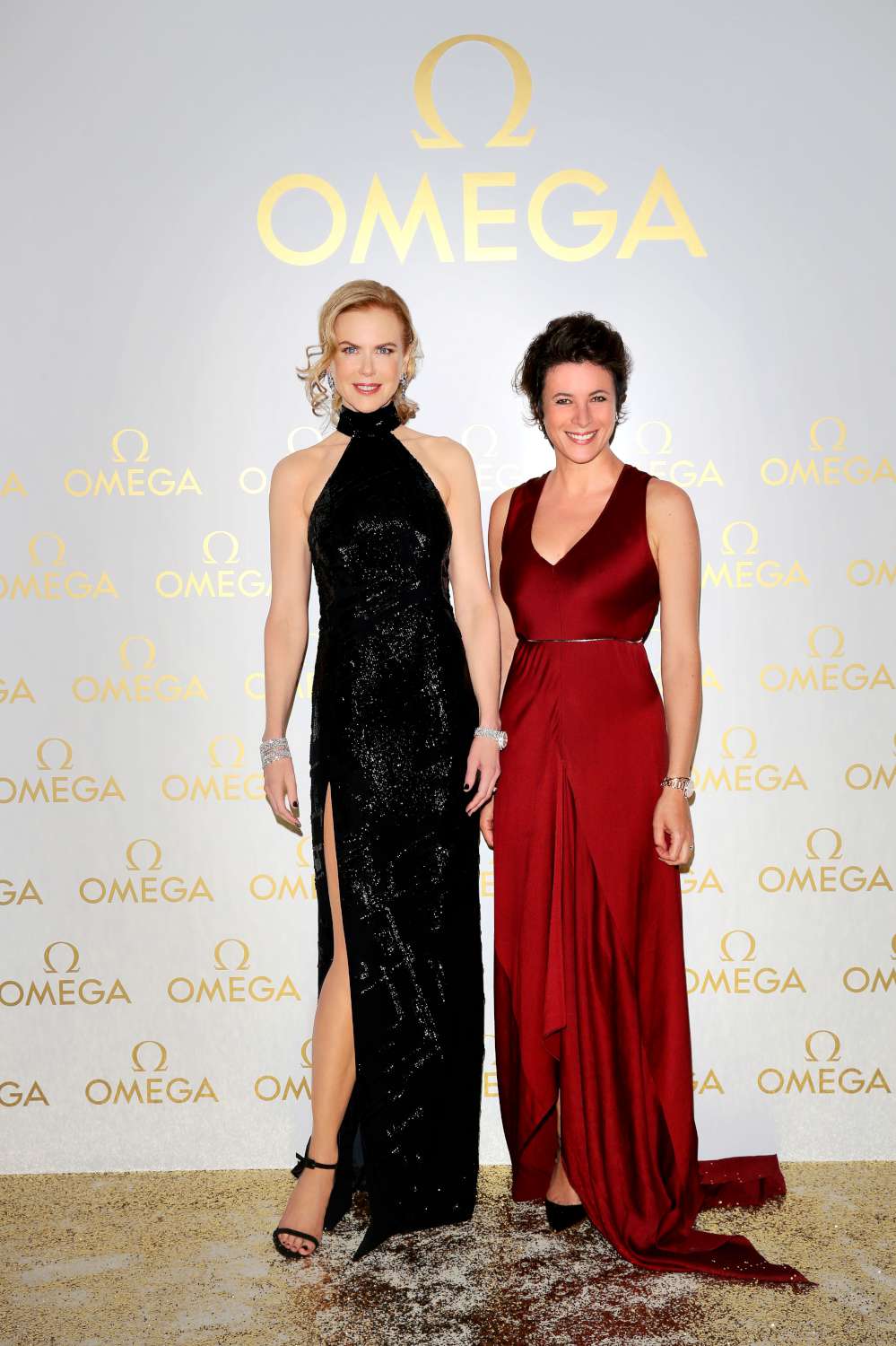