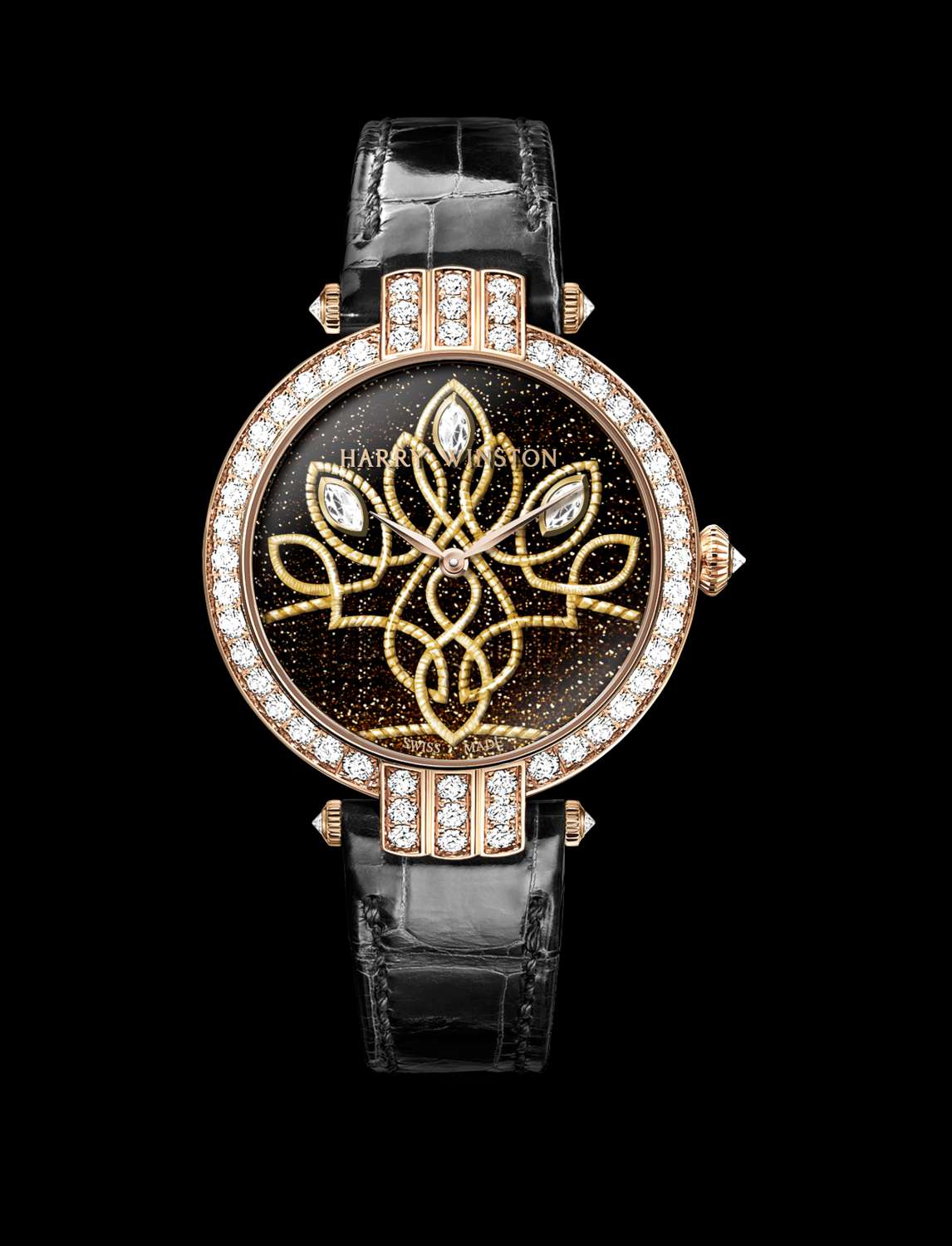 The Premier Shinde Automatic 36mm is a tribute to Ambaji V. Shinde, whom Harry Winston met in Bombay in 1955, was struck by his jewellery design skills, and launched a collaboration that lasted for many years. Shinde’s style was based on the tradition of temple sculpture, and it laid the foundations for his design at Harry Winston (Harry himself called him “the gem behind the gems”), where he worked until 2001 when he retired at the age of 83. He died in Manhattan two years later, in 2003.

There are three Premier Shinde models, all inspired by Shinde’s jewellery creations, and in particular two of his necklace designs – including the famous “Star of the Desert” – and a tiara.

The watch has a 36 mm rose gold case, thickness 8.4 mm, water resistance 30 metres. The case is set with 57 brilliant-cut diamonds. It has a grand feu enamel dial, on which the decoration in 24-carat gold is created using a thin filigree-type thread, just 0.4 mm thick. The enamel is studded with flecks of gold to add depth and texture. There are some marquise-cut diamonds on the dial, from one to eight according to the model. The strap is iin glossy black alligator leather, with a white gold buckle set with 17 diamonds. 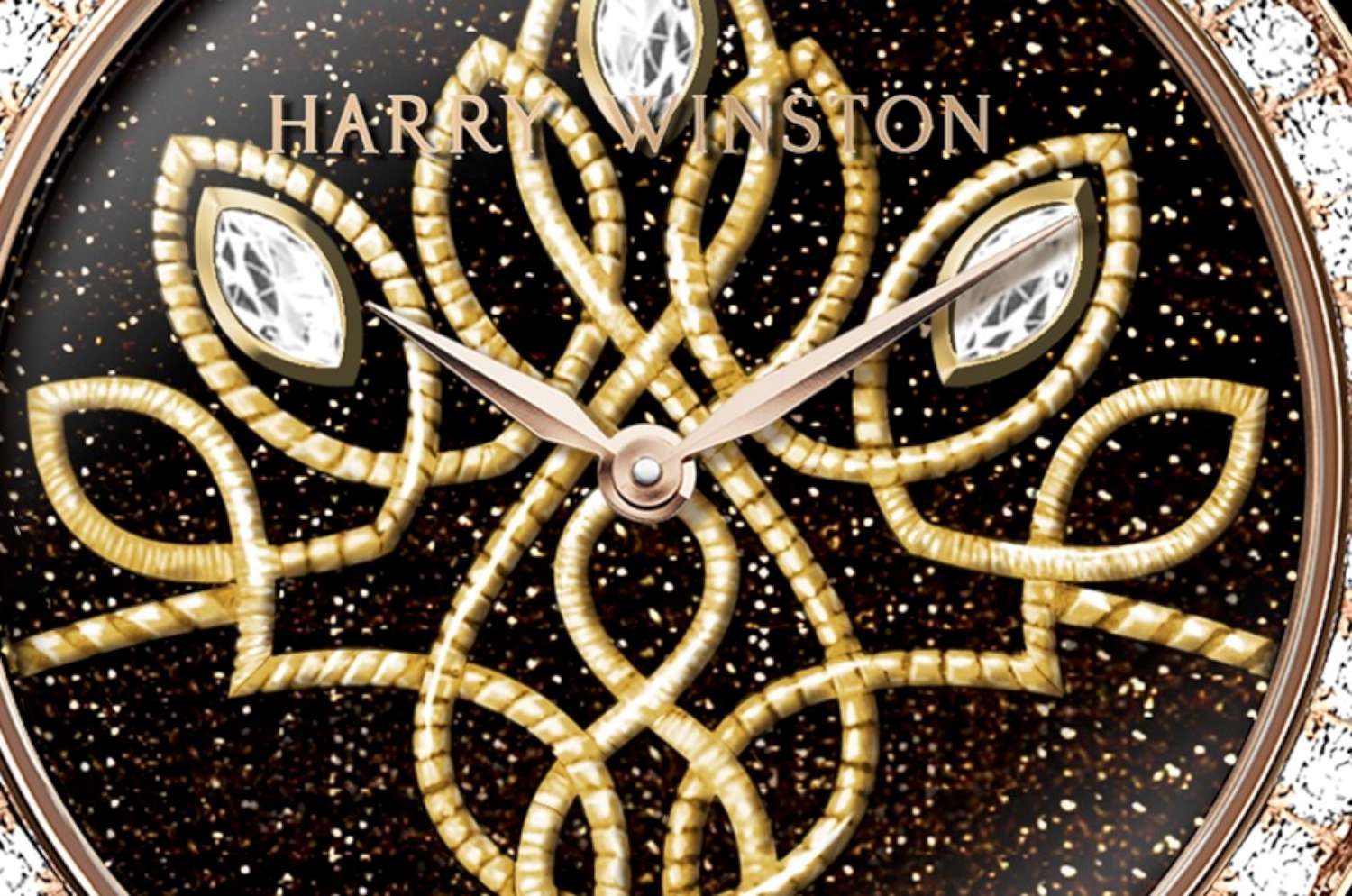 The watch is powered by an automatic movement with a silicon balance-spring, the HW2008 calibre with 186 components, running at 28,800 vph (4 Hertz). The sapphire caseback provides a view of the movement, with circular Côtes de Genève, rhodium plating and circular graining.

The Harry Winston Premier Shinde Automatic 36mm has a price varying according to the number of marquise-cut diamonds on the dial, one, three or eight according to the piece. Prices from 55,000 Swiss francs.