A curious feature about diamonds is that when you see them in the flesh, they are extraordinarily beautiful and you immediately understand the reason for their fascination they hold for us humans, but in photographs, non of their magic appears. Particularly not in the computer-generated photographs that are often used by brands in their press presentations. This piece, Art Deco by Harry Winston, is a case in point. Its raison d’être is all about the diamonds, not the watch, and so in the photo above it looks less than impressive. When you see them, all sparkling fire glinting from the miriad facts, it’s a different matter.

Harry Winston’s watches cover all the facets of women’s appreciation of watches. Sometimes they want and need something glamorous and sparkly for a gala evening. At other times its a less showy, equally feminine timepiece that they can pick up and put on without having to wind it or set the time – so a quartz movement. But a lot of women appreciate the mechanical side of watches, and so they can be attracted, as much as men are, by a mechanical watch with a sapphire casebook. Women often need to time things, and so the chronograph function is useful to them as well (Harry Winston makes an interesting chronograph for women that unites jewellery, mechanics and timing). And sometimes women like a men’s watch, large, leather strap, perfect with a casual T-shirt look. While this last item isn’t a problem, Harry Winston ticks all the other boxes, something that most other brands don’t.

The bracelet is in platinum, set with 246 large brilliant-cut and seven baguette-cut diamonds, in an Art Deco pattern in which baguette diamonds mysteriously become the lugs of the watch and the links joining the figure-of-eight motifs with a brilliant-cut diamond at the centre of each. The case of the watch is arched to fit the curve of the wrist, and the entire bracelet is very flexible. The watch itself is in the emerald shape that has always been one of the brand’s constant motifs (it was Harry Winston’s favourite diamond cut). The case, 30 x 17 mm, houses the quartz HW1050 calibre, providing hours and minutes, with a dial in textured white mother-of-pearl. The total number of diamonds is 253, for 15.42 carats. 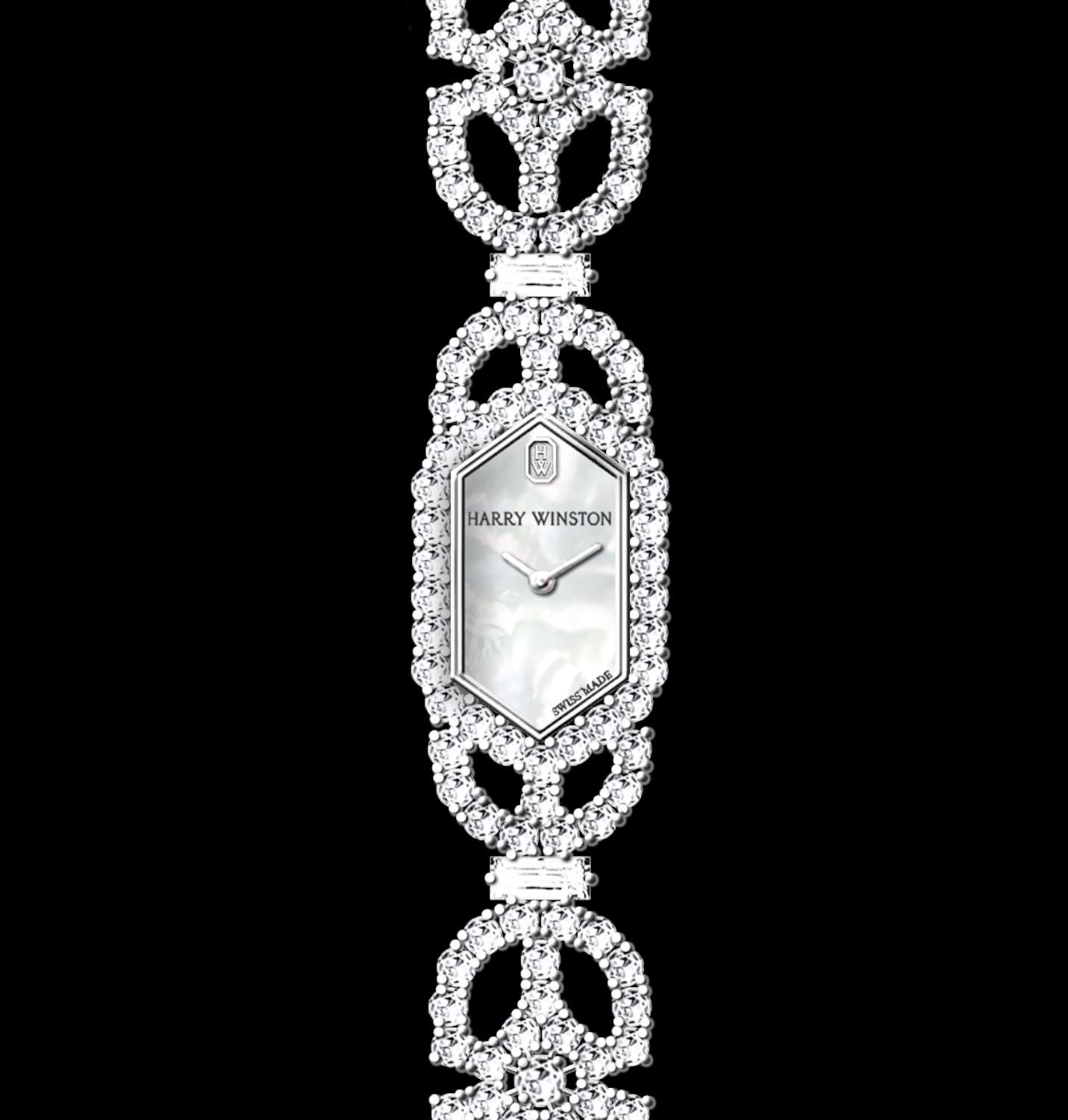 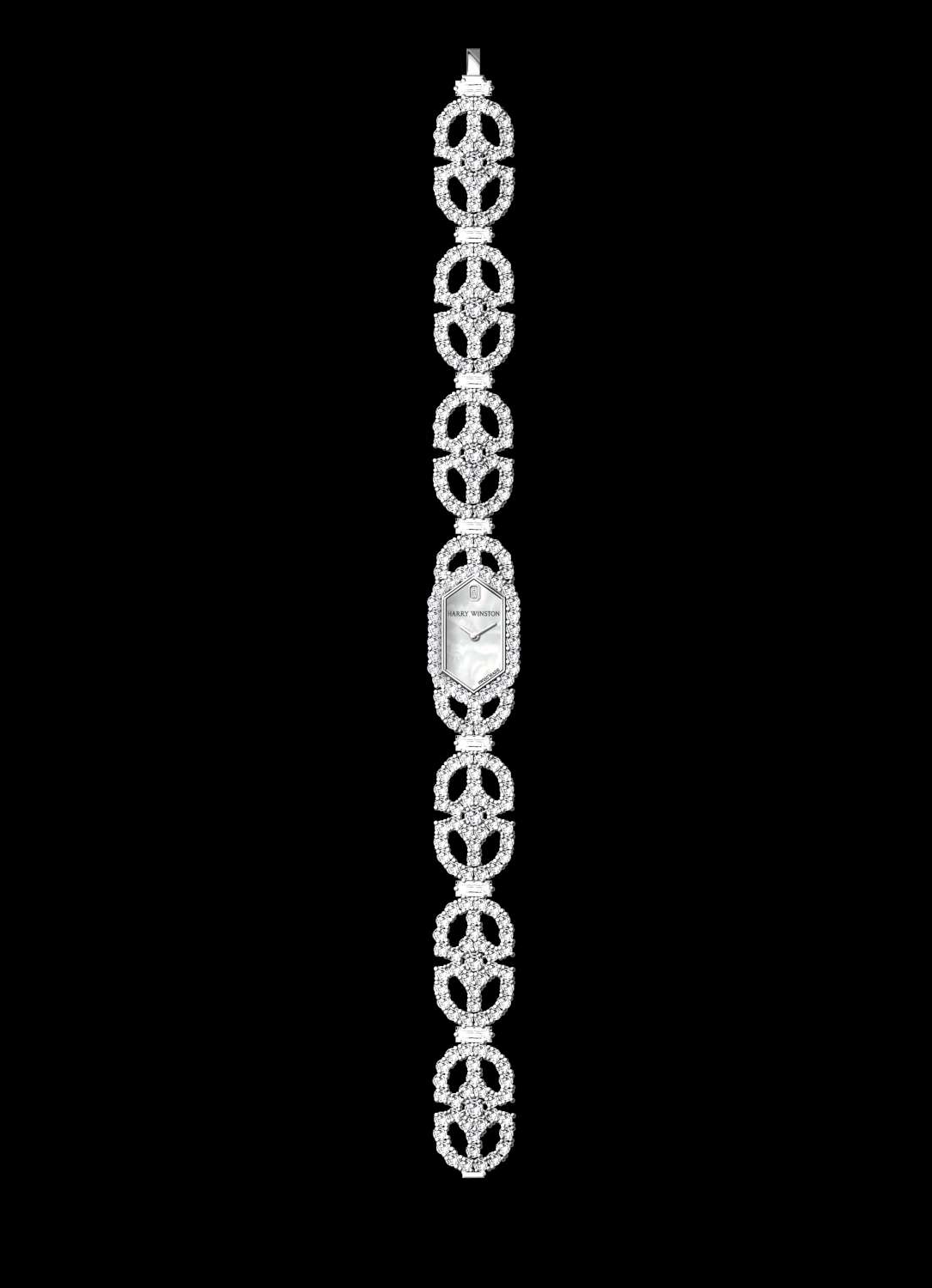