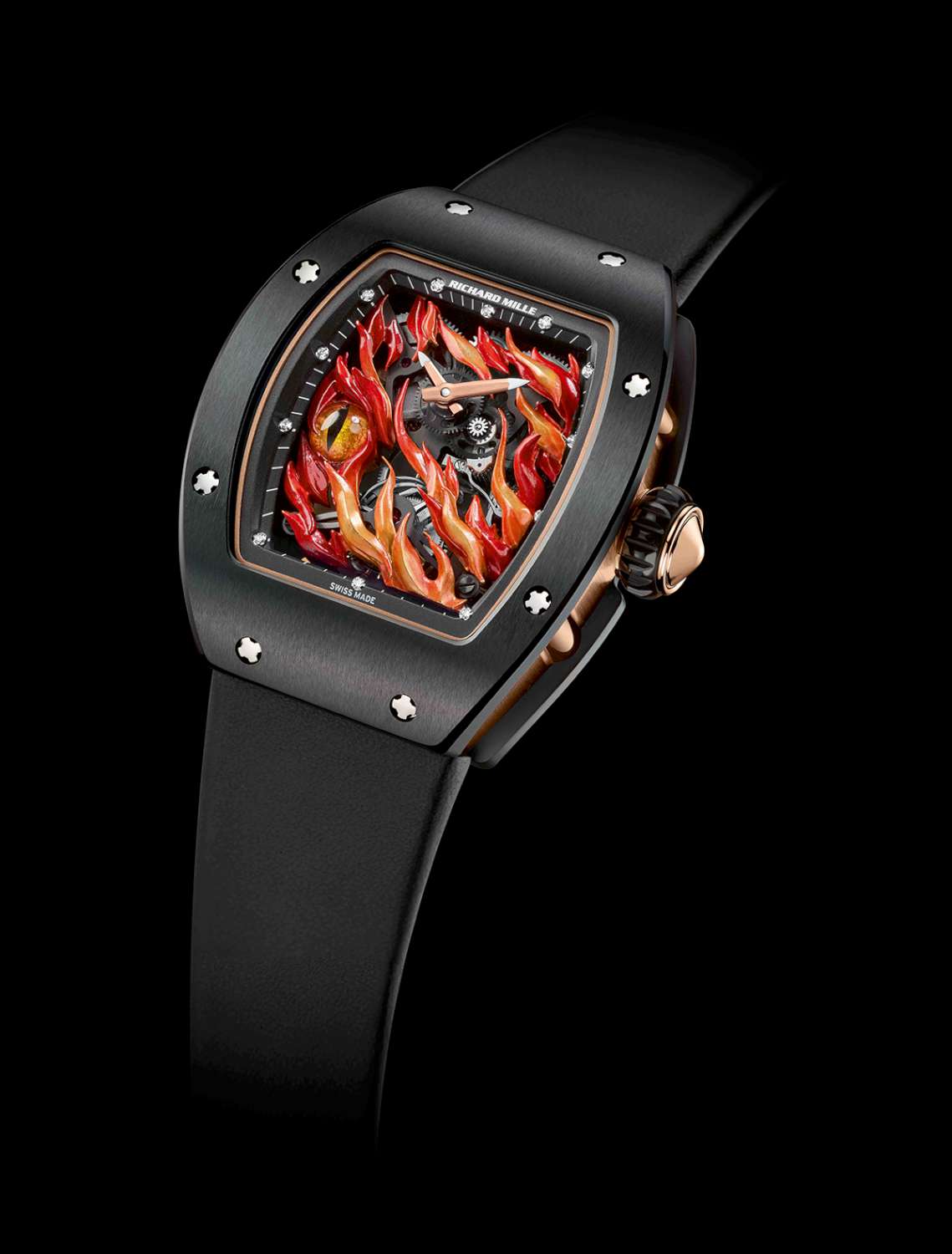 Only a few people know just how a watch like this comes into existence. I can only guess: I imagine Richard Mille sketching something rapidly on the back of an envelope, the idea of a watch that looks like it’s burning inside, flames coming up from deep inside the movement and consuming the dial. The sketch and summary instructions are (in my imagination again) passed to the design team who have to bring his vision into reality. 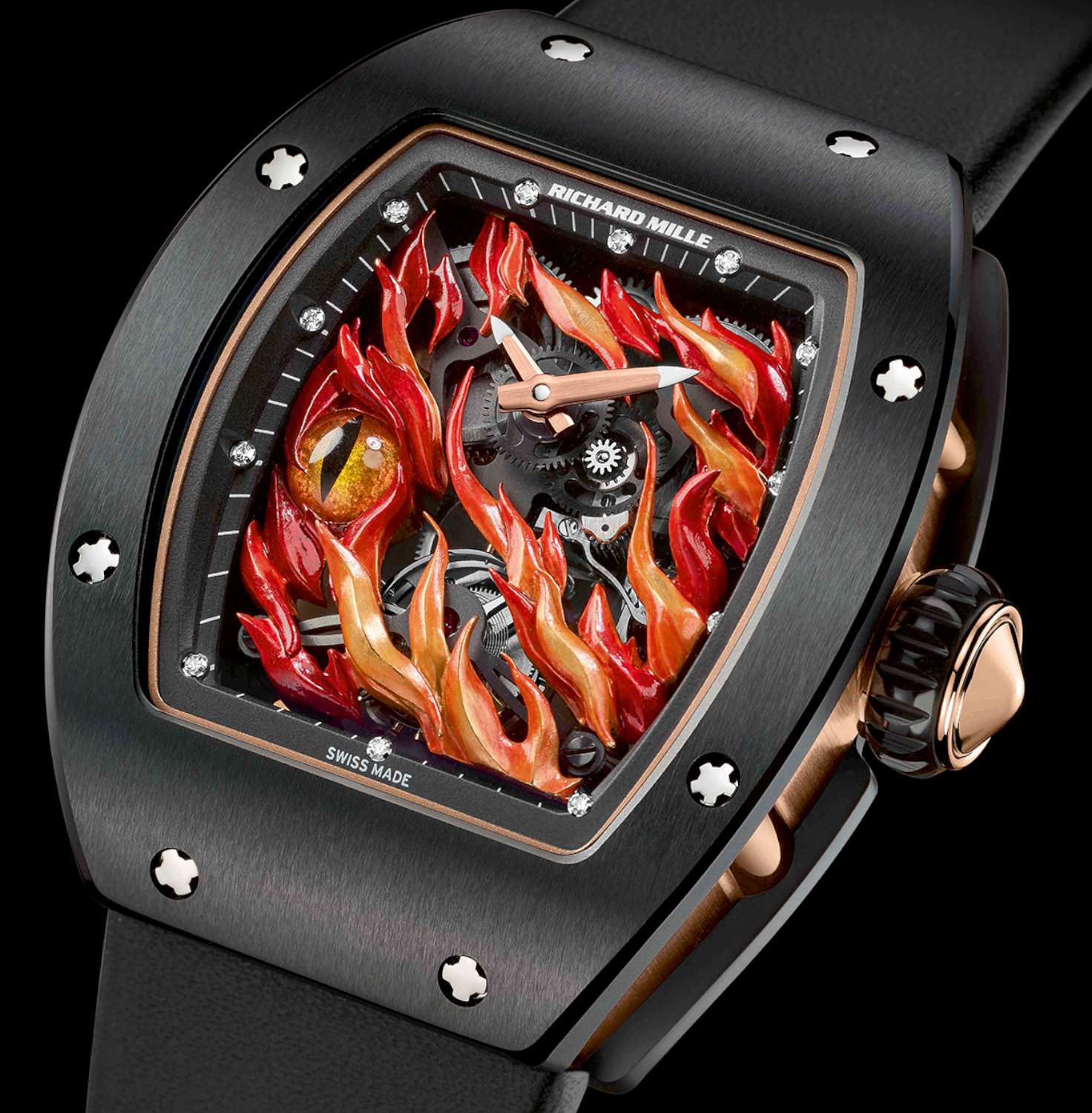 The result is the Evil Eye RM 26-02 Tourbillon. I’m not a sculptor, but I would guess that some things are very difficult to express in solid forms: the vegetation of trees, waves on the sea, and flames. Converting bright, luminous, darting tongues of flame into something physical and solid is a hard task, entrusted here to specialist engraver Olivier Vaucher (Geneva), and to be honest, at least judging from the photographic material provided by the brand, it’s not altogether successful. Rather than flames, the reddish spikes look like chili peppers, and this mental association is reinforced by the Evil Eye glinting dangerously on one side. The watch looks like a sort of Neapolitan good luck charm, a case enclosing symbols of superstition. The Evil Eye is apparently a universal symbol of foreboding, inflicting suffering and misfortune to those exposed to its power, and the only protection possible against it is provided by talismans such as the Eye of Horus or the four-leaf clover if you’re Irish. 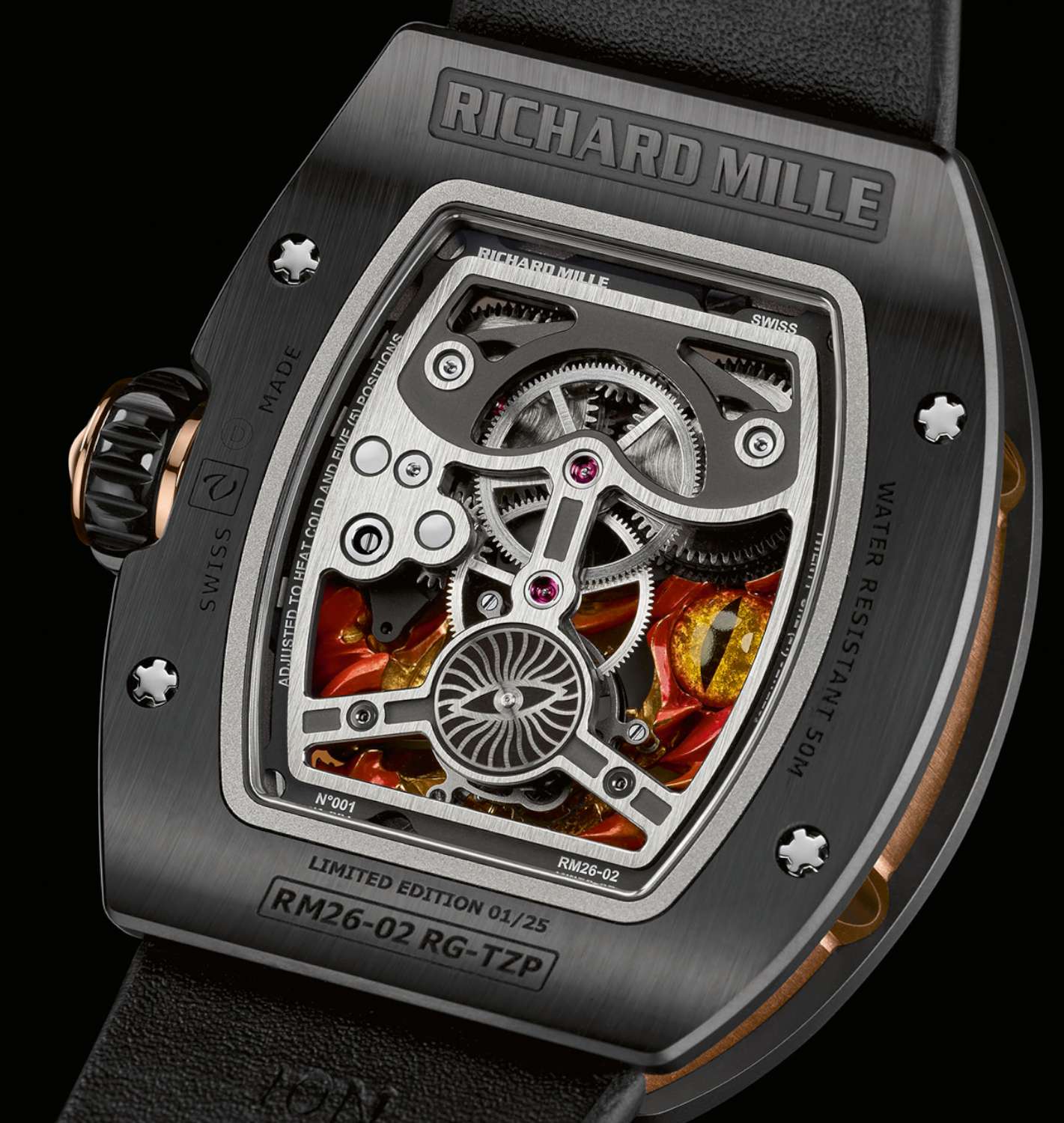 The RM26-02 calibre is a manually-wound tourbillon movement running at 3 Hertz (21,600 vph) with a power reserve of about 48/50 hours, apparently indicated by a rotating disc visible between 10 and 11 o’clock, presumably lost amongst the flames in these photos. Mainplate and bridges are in PVD-coated grade 5 titanium. The sapphire caseback reveals more of the movement, and the reverse side of the Evil Eye. The crown, on the case middle in red gold, has a torque-limiter that prevents overwinding.

The case is 48.15 x 40.1 x 13.1 mm in size, made principally in black TZP (tetragonal zirconia polycrystal) ceramic, a scratch-resistant, low density material consisting of 95% yttrium-stabilised zirconium. It is built in three parts assembled using the brand’s hallmark spline screws in grade 5 titanium (90% titanium, 6% aluminium and 4% vanadium). Water resistance is 50 metres. The flames and the eye are shaped from 3N red gold, and the eye is given its glittering vitality by grand feu enamelling. 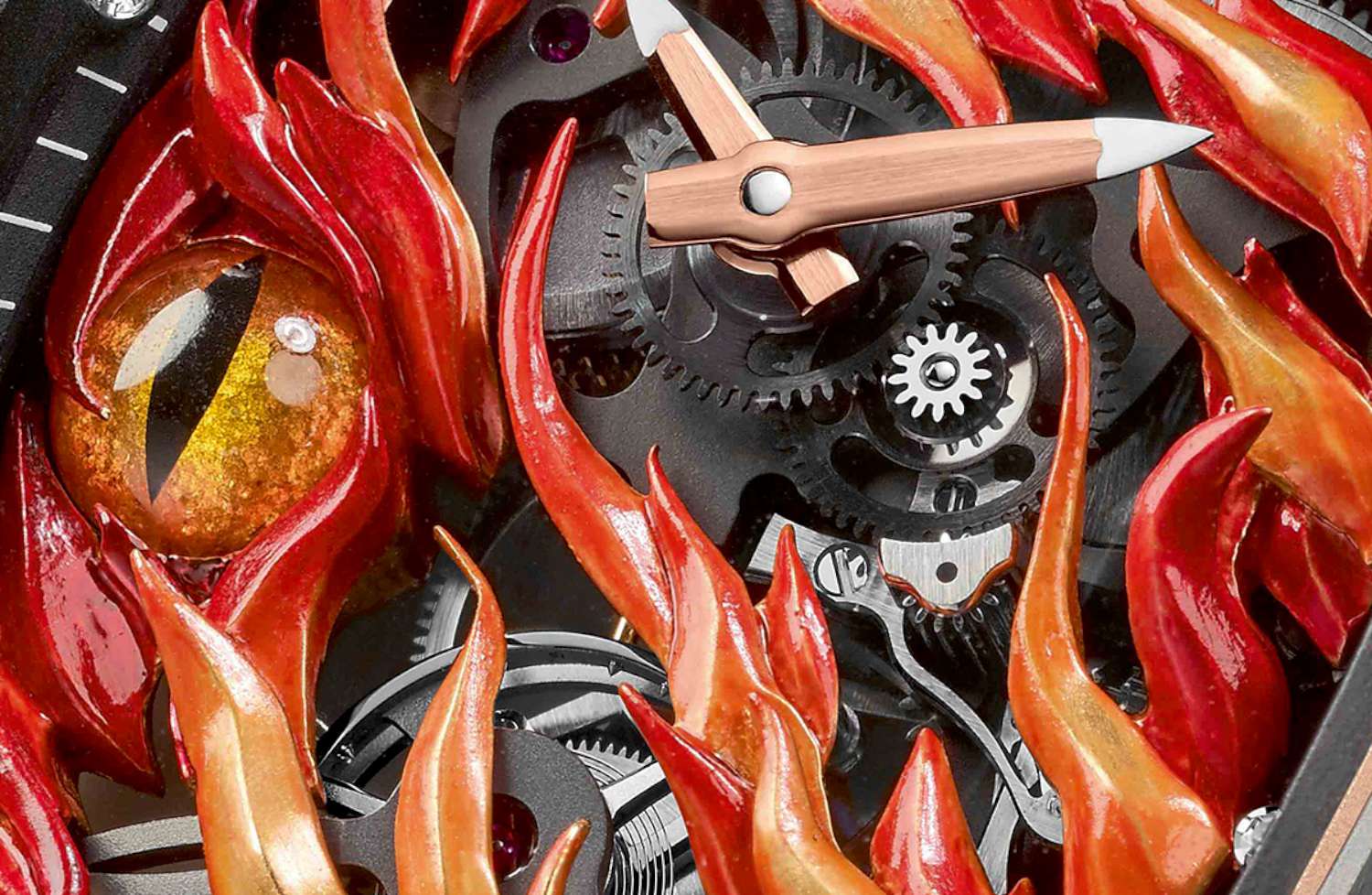