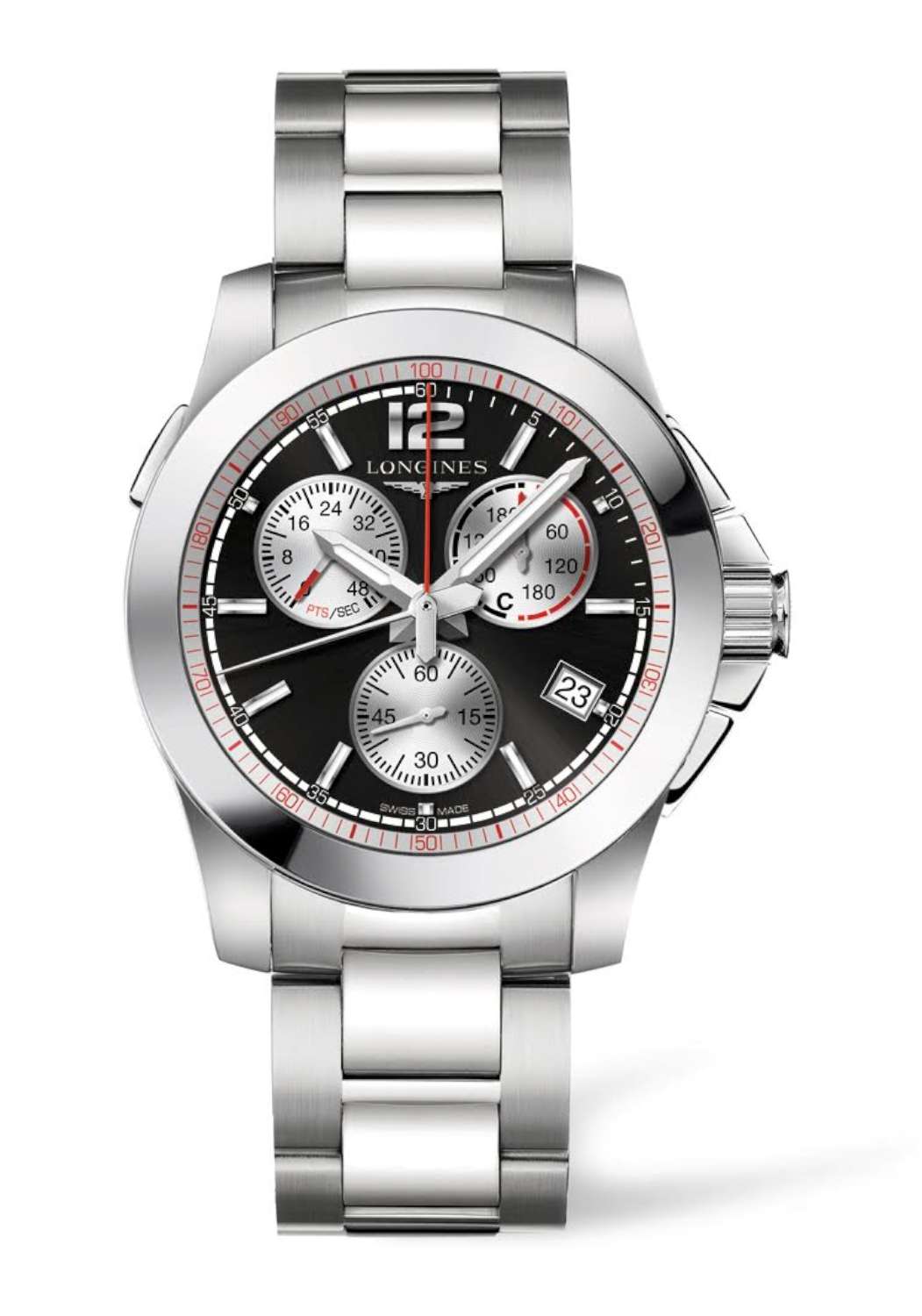 Longines are very active in the world of showjumping, and this watch was made specially to time the performance of a horse and rider in a showjumping competition. Its major characteristic is that it can measure lengths of time to the nearest one-hundredth of a second, by means of a quartz movement, which enables the price to be kept much lower than mechanical 100th-second chronographs. In addition, you can record the penalties and automatically convert this into the increased final time according to the rules established by the showjumping authority FEI. The watch is a development of their Longines Conquest 1/100th Horse Racing.

The pusher at 10 o’clock is used to re-set the watch before the new round, to start the 45-second countdown, and to start timing the rider’s round, during which the chronograph seconds hand starts rotating. During the round, for each penalty, you press the pusher at 4 o’clock, and this adds the penalties to the two top subdials. When you stop the chronograph, the red hundredths-of-a-second hand rotates to indicate the fraction of a second, and all the other readings can be read from the various subdials. It’s a complex system that requires some initial set-up using the pushers. More information on functions at http://conquestjumping.longines.com/

The watch is in steel, 41 mm in diameter, with a solid steel caseback decorated with an engraving of a jumping horse. The dial indications and hands have a coating in SuperLuminova for night-time visibility. It has a steel bracelet with folding clasp. The movement is the new quartz L441. 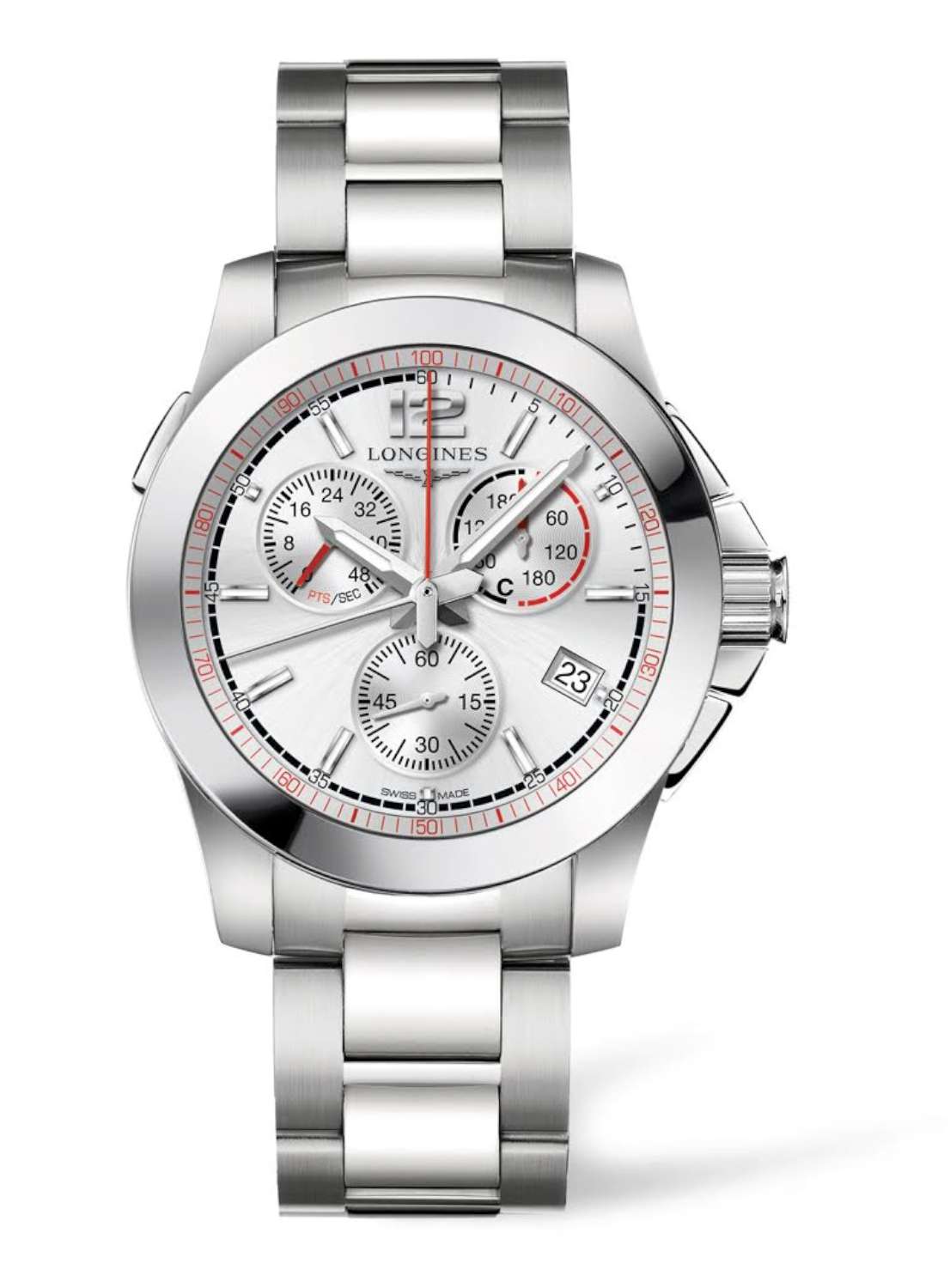