Tutima is one of those heroic German brands in the sleepy valley of Glashütte, in Saxony, that thrived until the end of the Second World War, was destroyed by an air-raid, and was later reborn and went on to reach new levels of success. But the Tutima story is a little different from Glashütte Original and A. Lange & Söhne in that it managed to retain continuity of production during the post-War Eastern bloc years because its founder had managed to emigrate to West Germany. It’s a history marked by upturns, downturns, disasters, changes in ownership, a bewildering succession of company names… documentation is hard to find and mostly in German. Below is a brief summary.

The company was founded in 1927 by Ernst Kurtz. In actual fact, there were originally two companies, Uhren-Rohwerke-Fabrik Glashütte AG (UROFA) and Uhrenfabrik Glashütte AG (UFAG), founded in an attempt to restart the Glashütte watchmaking industry that hit a crisis in the years after the First World War. Both these new companies were run by Kurtz, and their watches were mostly marked with the name Glashütte. Many of their watches were unbranded: other dial markings included “Kurtz,” “Glashütte Tradition” and “Kurtz Glashütte Tradition”. The name Tutima, from the Latin word “tutus” for “safe” or “secure,” had actually appeared in about 1930, used to designate the highest grade of pocket and wristwatches made by the factory. 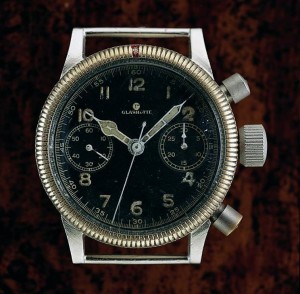 The original Tutima Fliegerchronograph, 1939 circa, image courtesy of Tutima

The brand became famous for their pilot’s watches. The 1941 Flieger chronograph with its Calibre 59 movement, the first German-made flyback chronograph, became a legend. During the war, Glashütte watchmaking companies were also making military equipment such as timers for bombs, and this is why, on the very last day of the war, the Russians bombed the town, before invading. Glashütte became part of East Germany, and the occupants dismantled all the companies’ manufacturing equipment and sent it to Russia as part of reparations.

Ernst Kurtz had been watching the relentless advance of the Russian forces and on 5 July 1945, a day before the air raid, he moved westwards in a couple of trucks along with some of his employees, to Memmelsdorf, near Nuremberg, and together they recommenced business. In 1951 they moved again, to Ganderkesee in Lower Saxony, West Germany, about 150 km west of Glashütte. At some time during this period, Kurtz founded another company, Tutima Uhren, to distribute their watches.

Things began to go wrong again towards the end of the 1950s. This seems to have been caused in part by the location – Ganderkesee is in northern Germany, far from the resources of Switzerland – and in part by a gradual loss of skilled employees. In particular, Dieter Delecate left in 1957 and set up an independent watch distribution company, marketing watches made by Werner Pohlan and the company Neufing KG Delmenhorst. Kurtz’s company finally ceased operations in 1960 and the premises were abandoned.

What happened in the 1970s is not clear. It seems that after the failure of Kurtz’s company, there was a gap in production until 1970, when Delecate registered the name Tutima at the German Patent Office and launched a new company named Tutima Uhrenfabrik GmbH. The arrival of quartz watches in the 1970s caused yet another crisis in the watch industry, but Tutima survived, in part by making particularly competitive mechanical watches using Swiss-made movements. Pilot’s watches were still an important part of the production, and in 1984, the Tutima Military Chronograph reference 798, using the Lemania 5100 movement, became the NATO watch, the official watch for German military pilots.

After the reunification of Germany in 1990, Delecate began to think about the possibility of returning to Glashütte, but the operation took some time. A building in Glashütte was purchased in 2005, work began in the new factory in 2008, and by 2011, all operations had moved back to Glashütte. The Tutima Hommage, the first minute repeater to be developed and manufactured in Glashütte, was presented in 2011, a tribute to Dr. Ernst Kurtz. In 2013, the brand presented four lines, Saxon One, Grand Flieger, M2 and Patria, signalling to the industry that the brand was definitely back where it belonged.

Al Pacino wore a Tutima F2 Chronograph (reference 780-22) in the 2008 film Righteous Kill, in which he starred with Robert de Niro. This watch has been replaced by later, slightly different models. 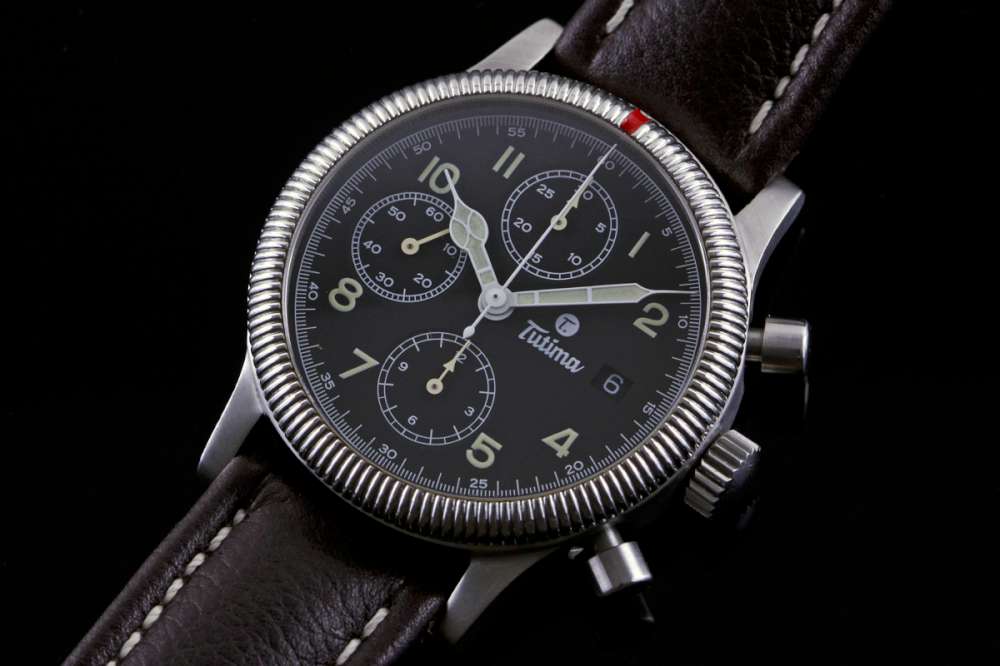 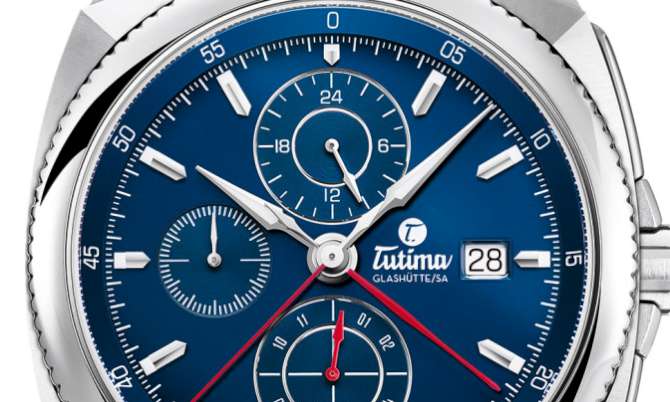 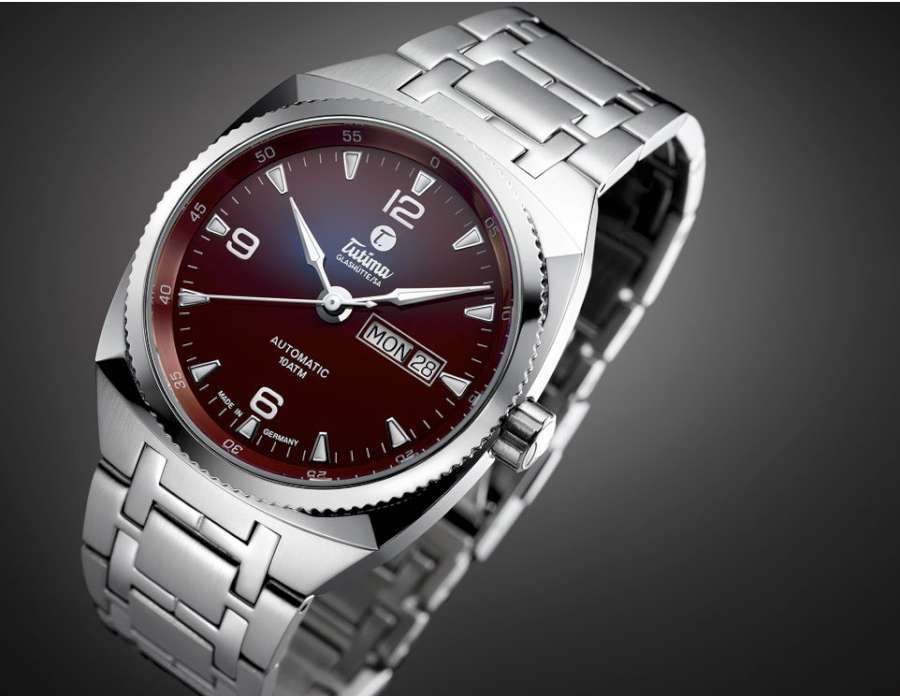