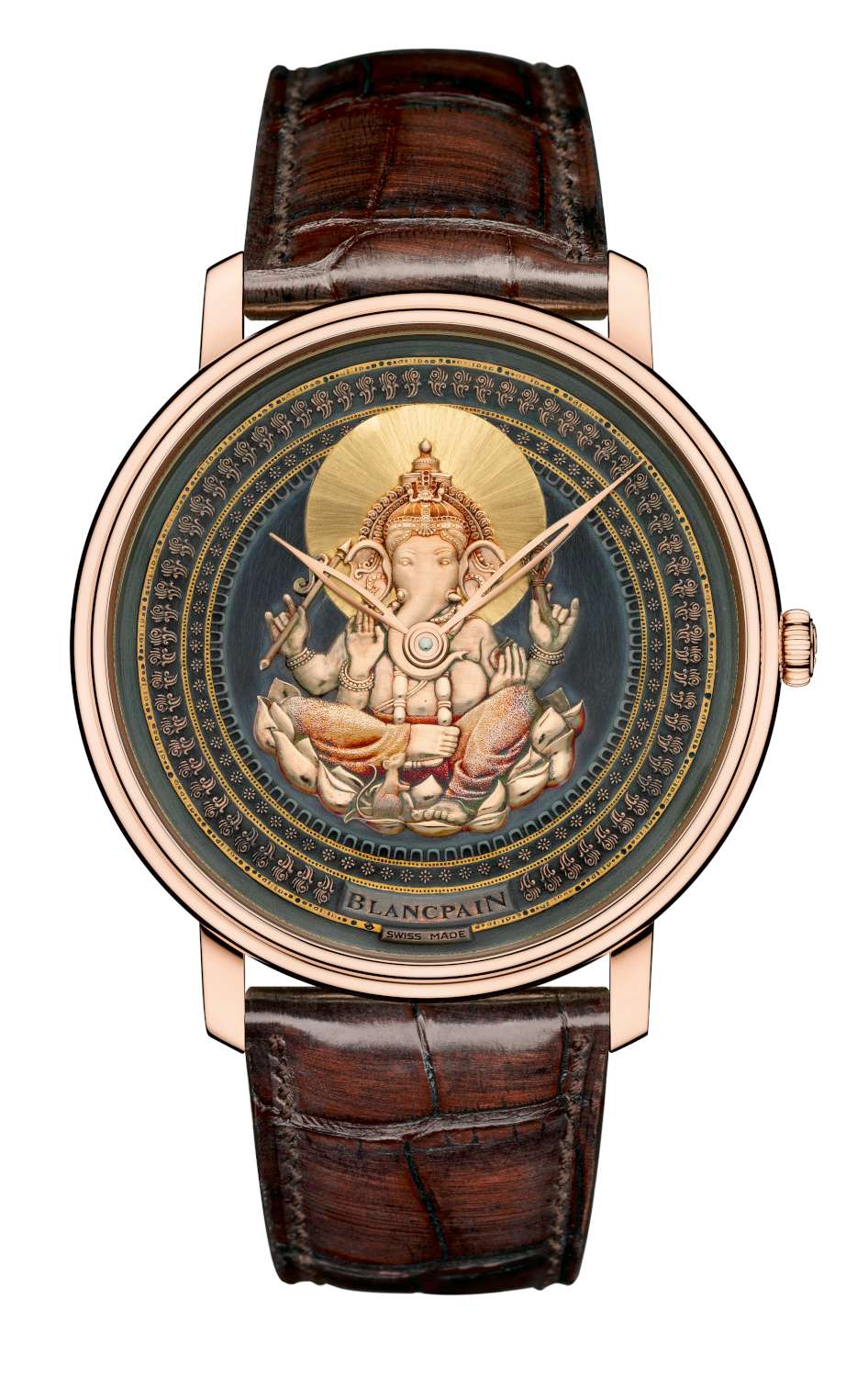 This piece by Blancpain is a complication watch, not for the hand-wound calibre 15B movement that provides just hours and minutes, but for the subject matter on the dial. The more you look at the image the more you find. The Hindu god Ganesh has a trunk winding artfully around the central pivot, and is holding his broken tusk in his upper left hand, a goad in his upper right hand, a sweet delicacy in his lower left hand. A mouse is standing under his right foot. All these details, and many more, have significance in Ganesh’s identity as Lord of Obstacles, worshipped as remover of obstacles. 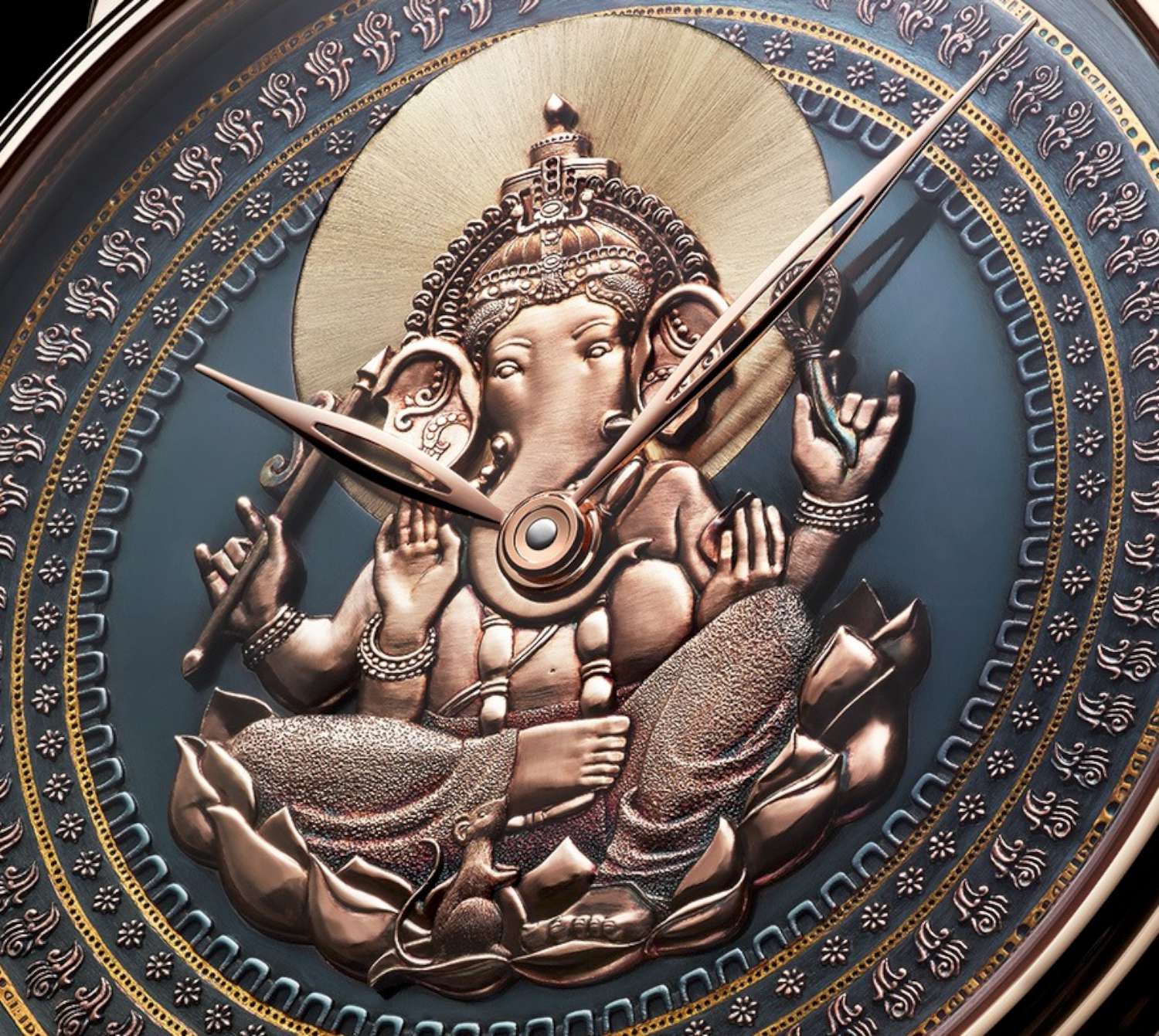 The metiers d’art dial depicts Ganesh using the alloy shakudō, a technique of Japanese origin, based on an alloy that contains from 4 to 10 percent of gold, and the rest mostly copper. It acquires a dark patina through the application of a copper acetate solution – the more often the solution is applied, the darker the metal becomes. The final appearance also depends on the temperature of the liquid, and so each dial ends up different. This piece is one of four different models all using the same shakudō technique.

The decoration around the central motif is in damascene, in which gold threads are inset into the dial surface and subsequently crafted.

The watch is large at 45 mm. It has a red gold case, with a sapphire caseback that reveals the 15B movement with its Côtes de Genève decoration. 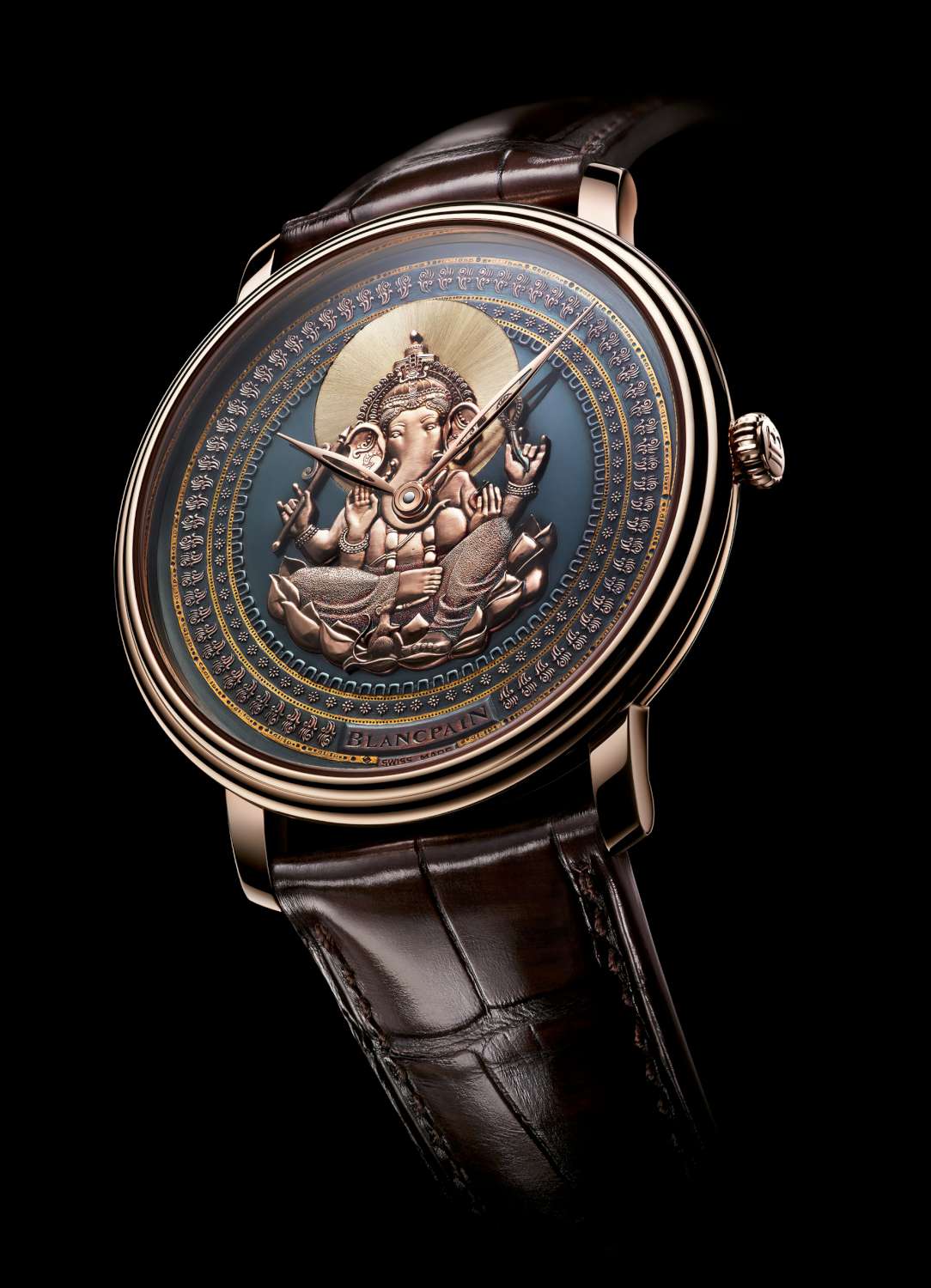 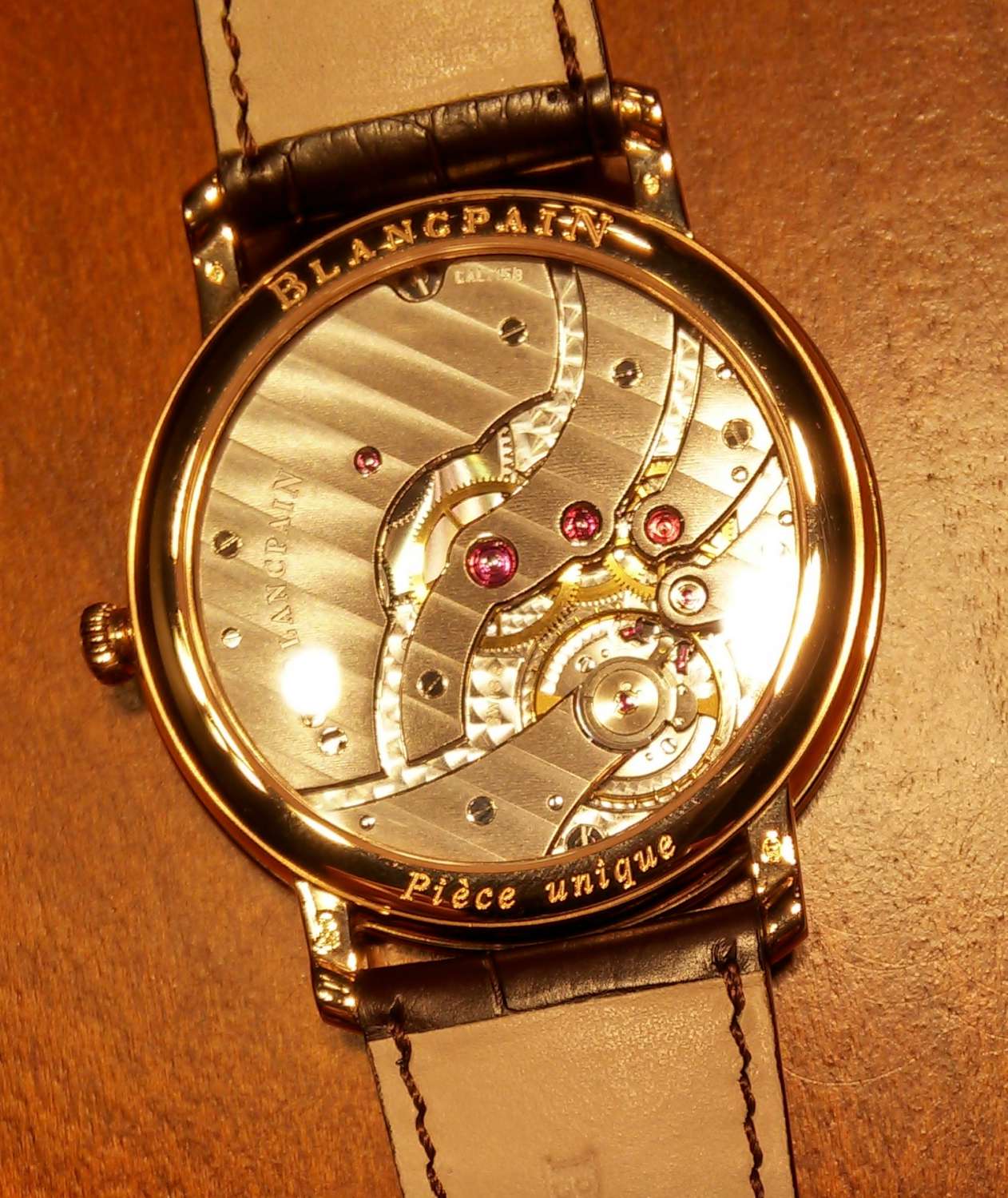