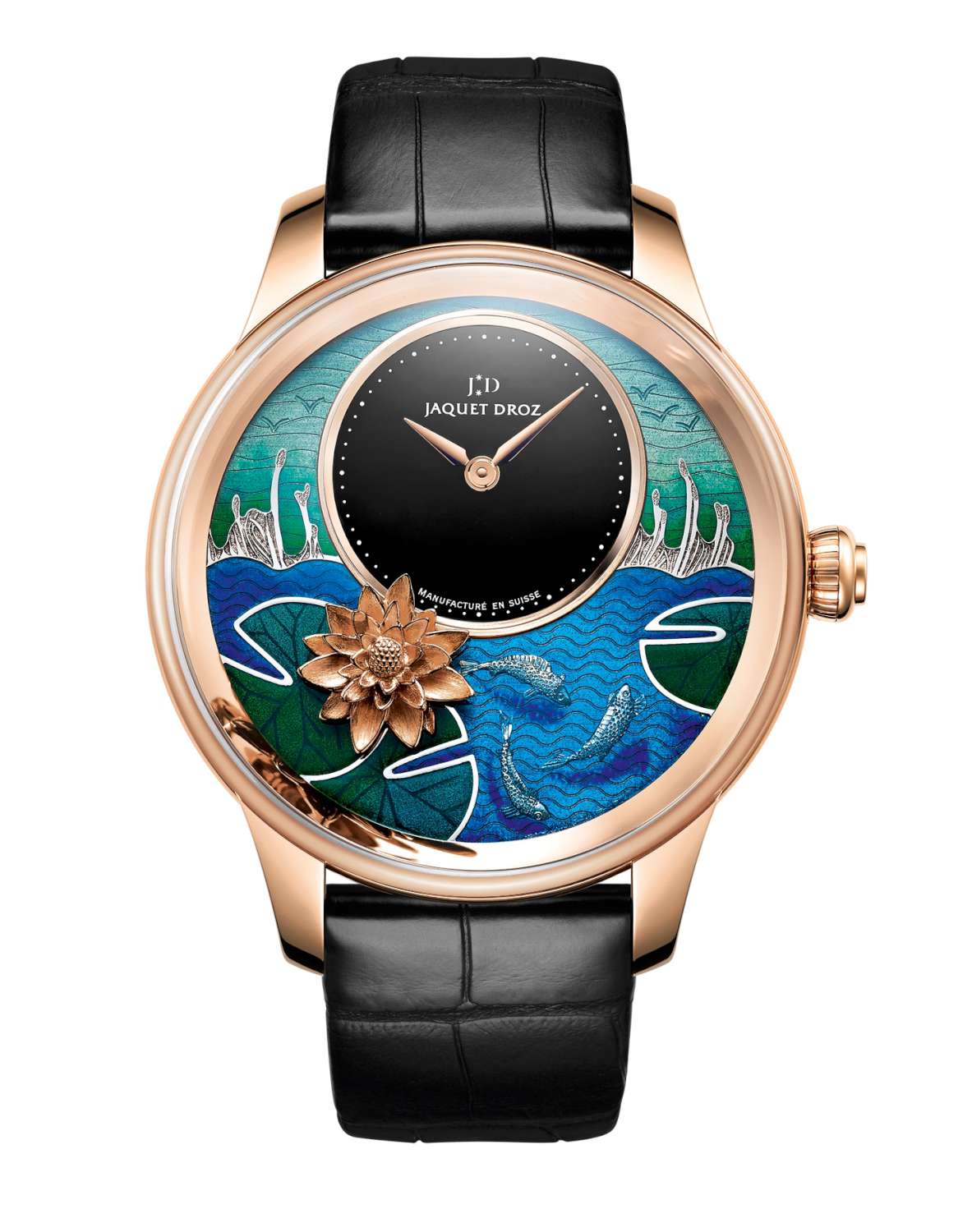 Three koi carp are swimming in a pool amidst lotus flowers and rushes, and the fish are depicted using layers of translucent blue enamel creating an effect of depth, almost an optical illusion. While the fish and their shadows are shown realistically in this Jaquet Droz piece, the other elements on the dial are stylized, with a relief lotus in gold, and hand-engraved gold reeds in a scene created using champlevé enamel. The theme continues on the back, with an oscillating weight with a bas-relief engraved carp. 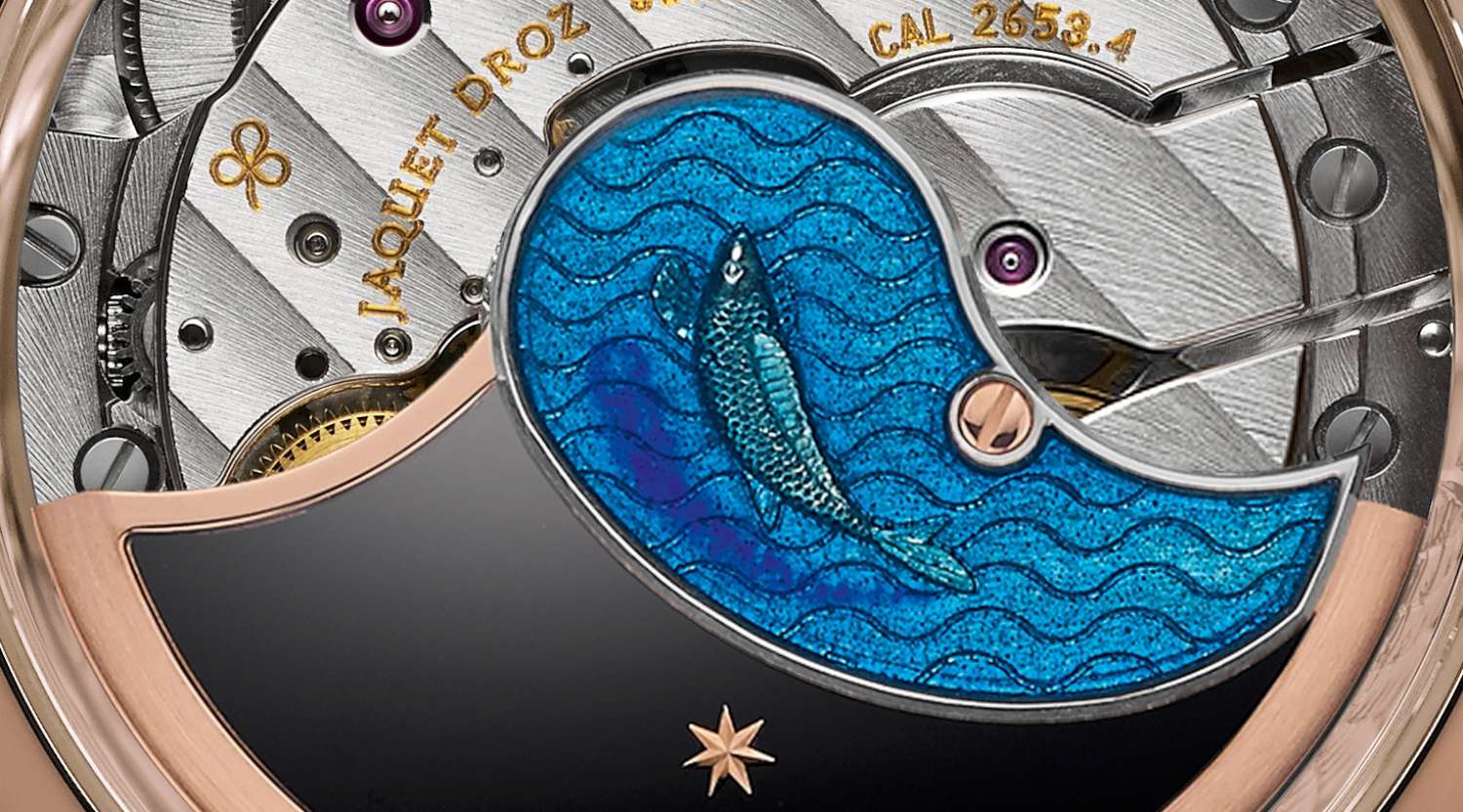 The carp has important symbolic significance in China and other Asian countries, and so it is a motif that often appears in watch making, for example the Van Cleef & Arpels one-off Carp Koï bracelet watch. 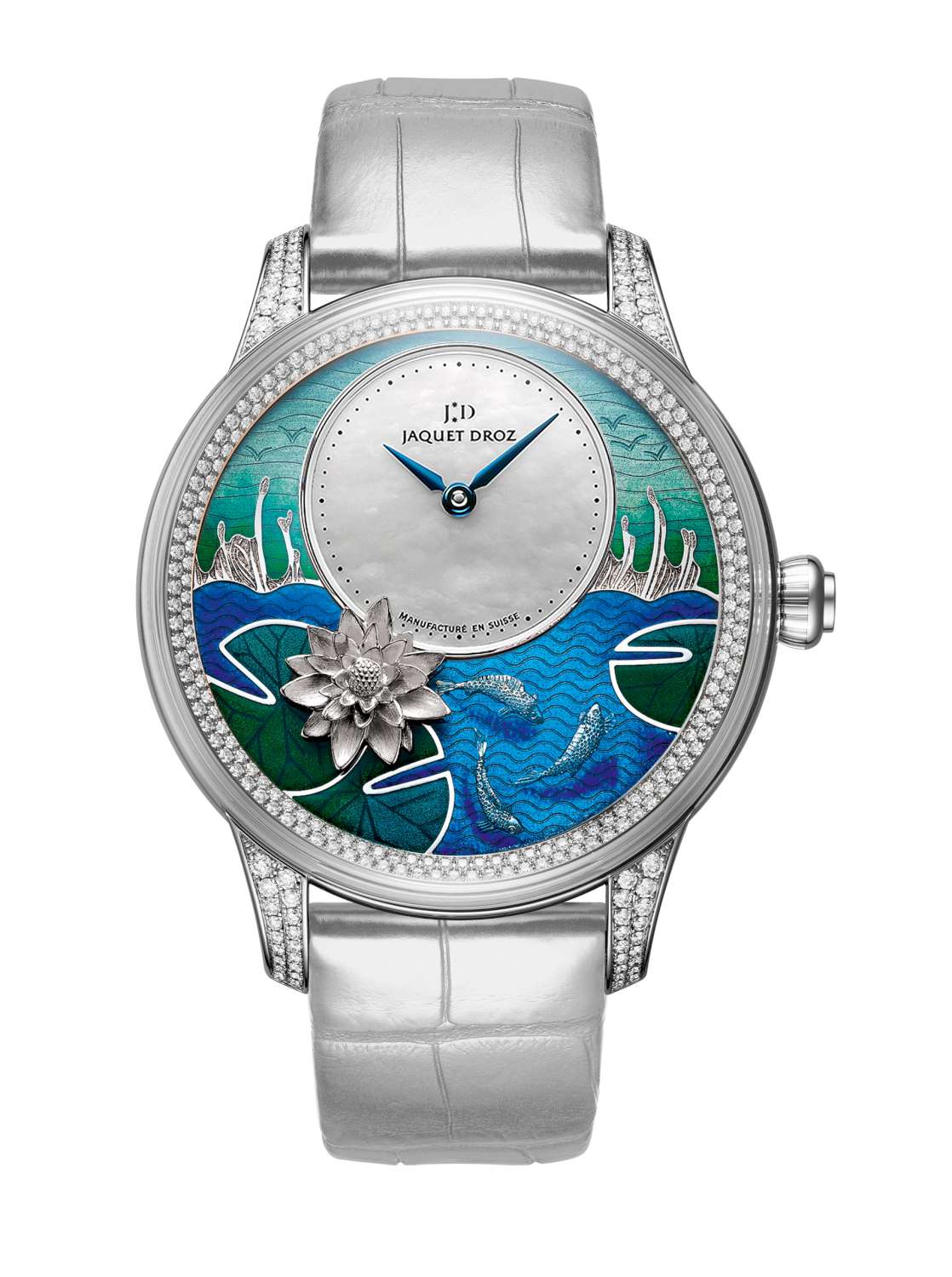 The watch is made in two versions, in white gold case with bezel and lugs set with diamonds, and subdial for hours and minutes in mother-of-pearl; and in a red gold case with black onyx subdial. The case is 41 mm in diameter, 13.77 mm thick. Both models are limited to 28 pieces. 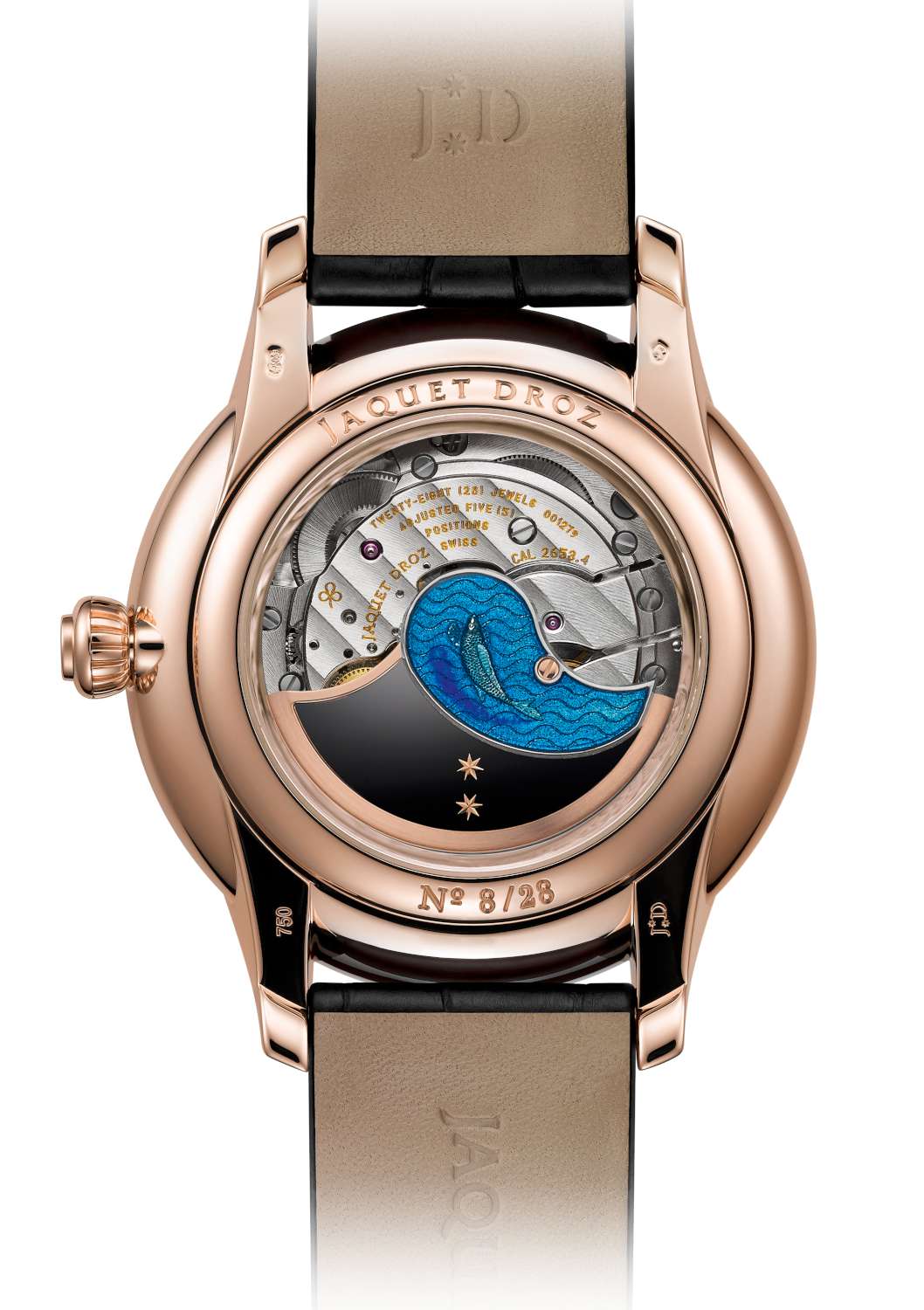 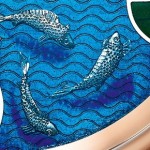 Very brief, because as far as I can see, there aren’t any. This Jaquet Droz piece, and in particular the bas-relief fish under layers of translucent enamel, suggest the idea that a watch could be thought of as a window onto a three-dimensional scene, whether looking down onto the water as if it were a well or simply a pool framed by the dial, or up into the night sky. An example of the latter approach is the De Bethune DB25 Special Edition for Only Watch (reference 08-01-1297, shown in the photo below), with a massive pointer silhouetted against the night sky. 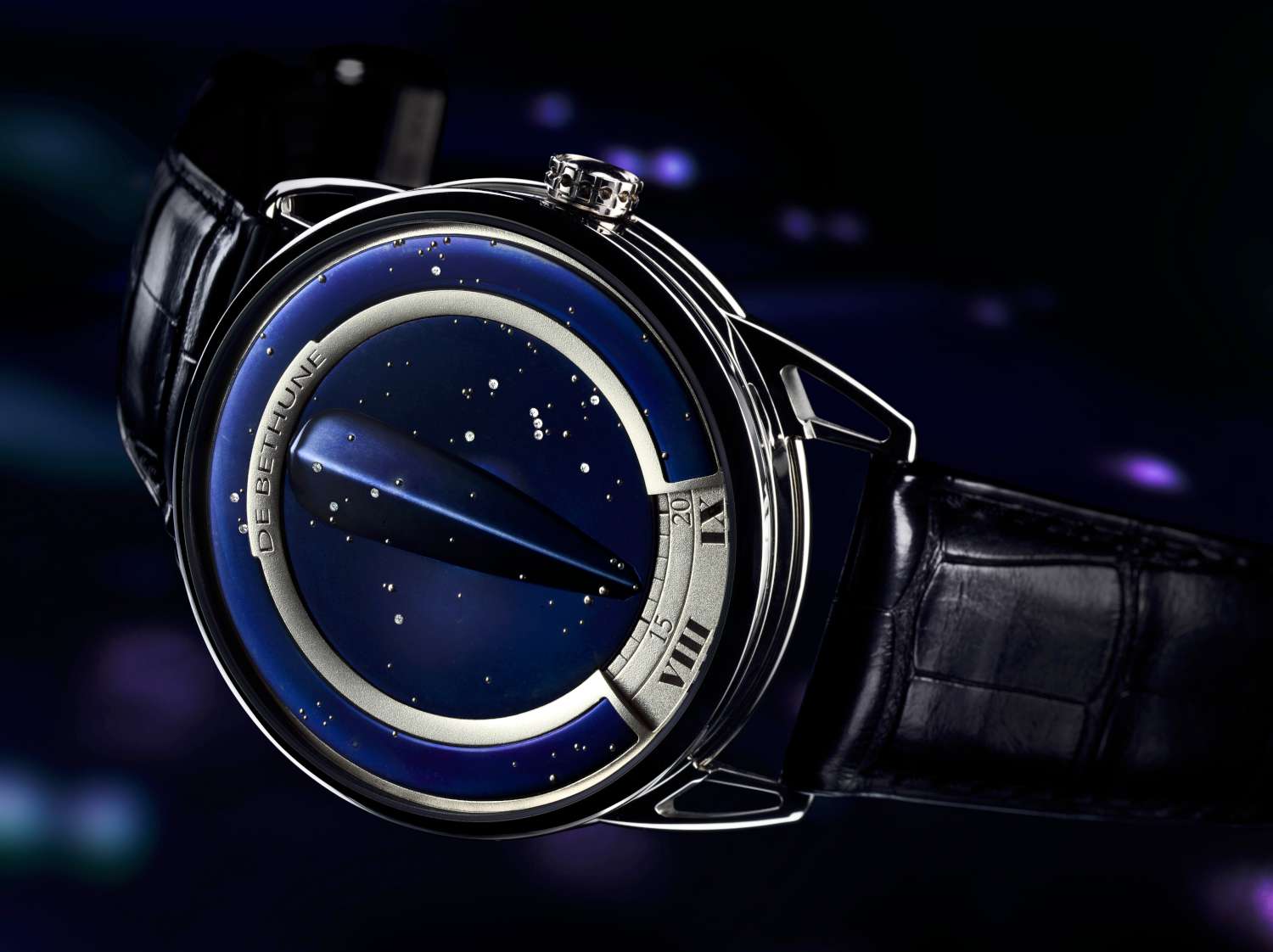 Another watch that suggests the idea of illusion is the Leff Tube Watch D42 Black/Black, Leff Amsterdam, designed by Piet Hein Eek. Neither of them take the respective concepts to their logical optical conclusion. 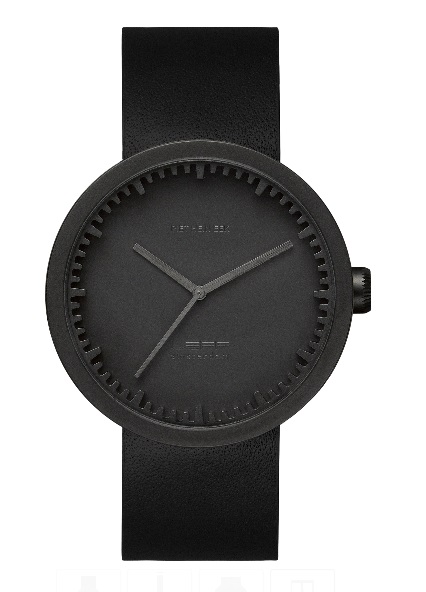