Unity is a brand that was founded in Barcelona in 2010 by Eduardo Peres. Their watches have distinctive looks provided by the case, with four side lugs (the brand calls them “staples”) that form a diagonal cross-shape, rather like Romain Jerome watches except that they are far more marked and projecting. All their watches are based on a single case design, a bit like Jeanrichard, with a whole series of variations provided by case finish, design and colour of dial, colour of the hands, type of strap and so forth. 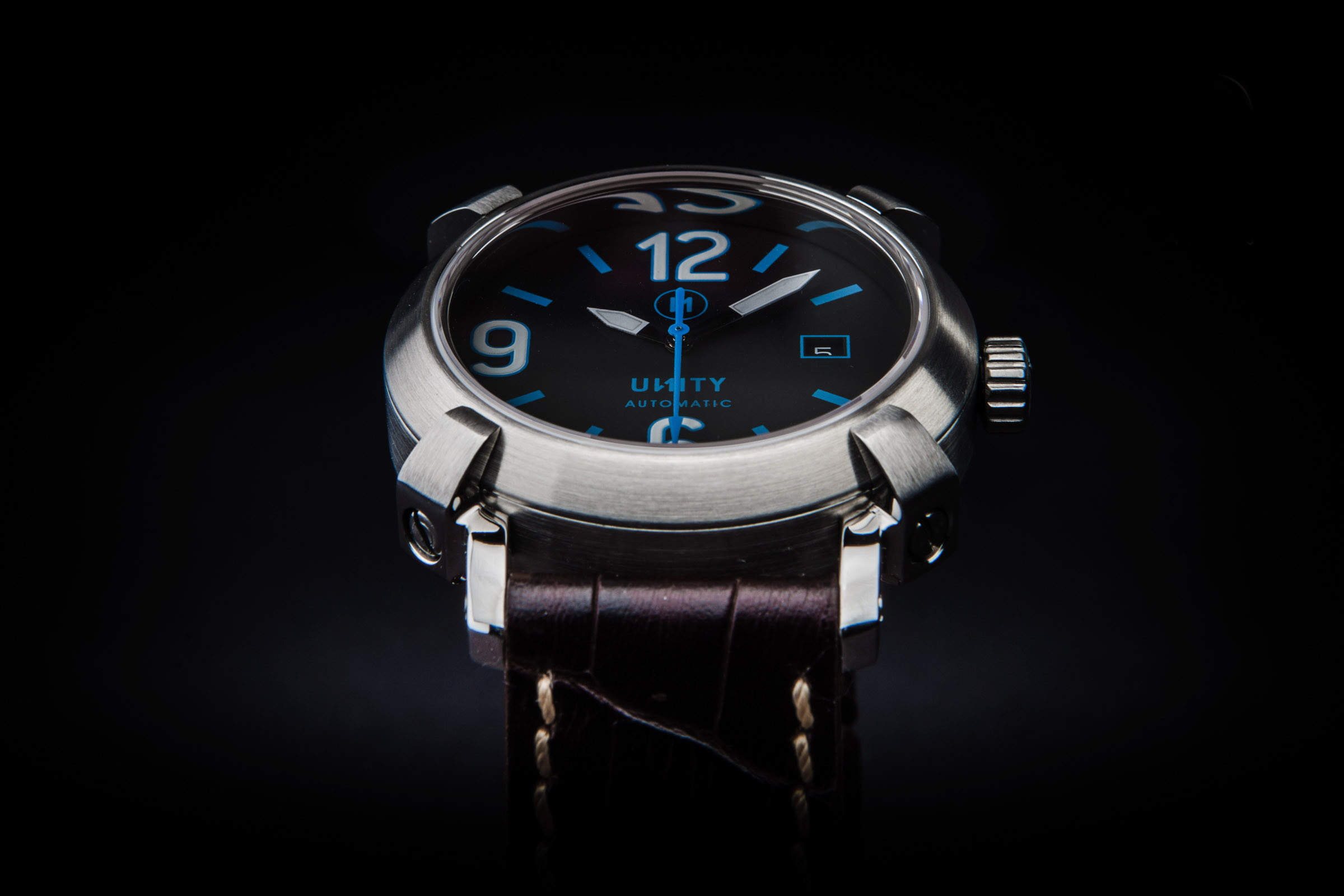 What really sets Unity apart from most other brands is that customers can personalize their watch using the online configurator that enables you to assemble the watch of your dreams (people who like the Panerai look will be especially interested), keeping an eye on the price as you go. It’s great fun, and the final image gives you a fair idea of what it will look like. The total number of permutations is enormous, and you have the opportunity of making your watch a one-off piece by paying a 50% surcharge on the final price. In this case, the brand guarantees that your chosen combination will never be made again. This concept – the possibility of personalizing your watch – gave origin to the brand’s name, Unity. By means of the configurator, the company makes tailor-made, exclusive watches available to customers at accessible prices, generally from around 800 to 1,200 euro. If you want something more unusual, something not included in the configurator – for example, a customized dial, or a personal colour – Unity will do it for you. 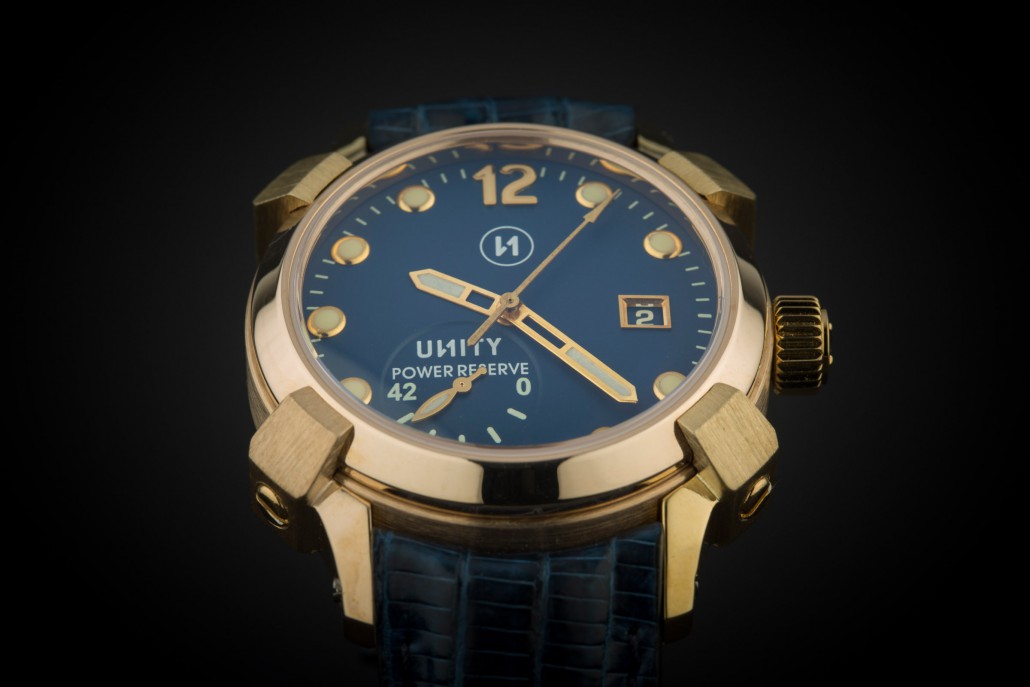 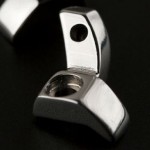 It’s unusual to find a brand using Swiss components (principally movements) deciding not to place those two magic words “Swiss made” on the dial, but preferring to underline the Catalan roots of the company. Watches are assembled in Barcelona using parts from Switzerland (calibres) and Spain. One of the suppliers is Jacob Straps, a Spanish company that also makes straps for Panerai. Bezel, case and caseback are made at the company’s factory in Barcelona, and they are machined using numerically-controlled lathes. The side lugs are made separately and fixed using recessed hexagonal bolts, whose finish also affects the final appearance and can be specified by the customer. Case materials include AISI 316L stainless steel, titanium, aluminium and marine bronze. When case components are complete, they are sent to Switzerland for surface finishing (polished, bead-blasted, DLC black etc.). 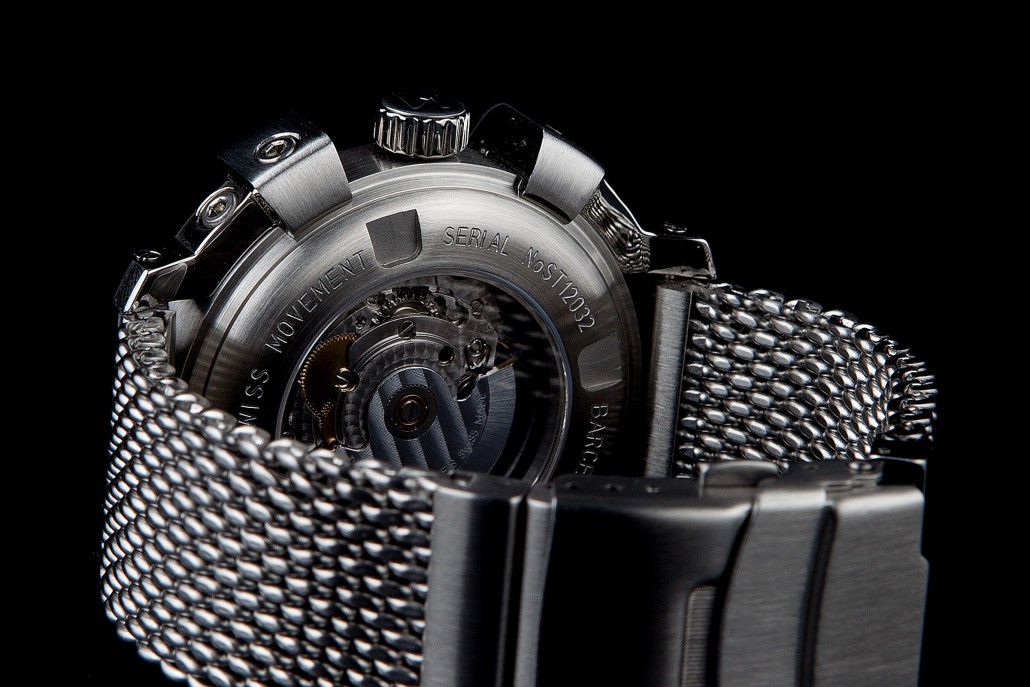 Cases are in two sizes, 44 mm diameter “Strong”, or 42 mm, “Soft”, with the side lugs projecting further, and so the impression is of a watch of greater size, reaching a total diameter of up to 54 mm. Thickness is 15 mm. The side lugs are in no way uncomfortable: they could be considered as analogous to crown protectors. 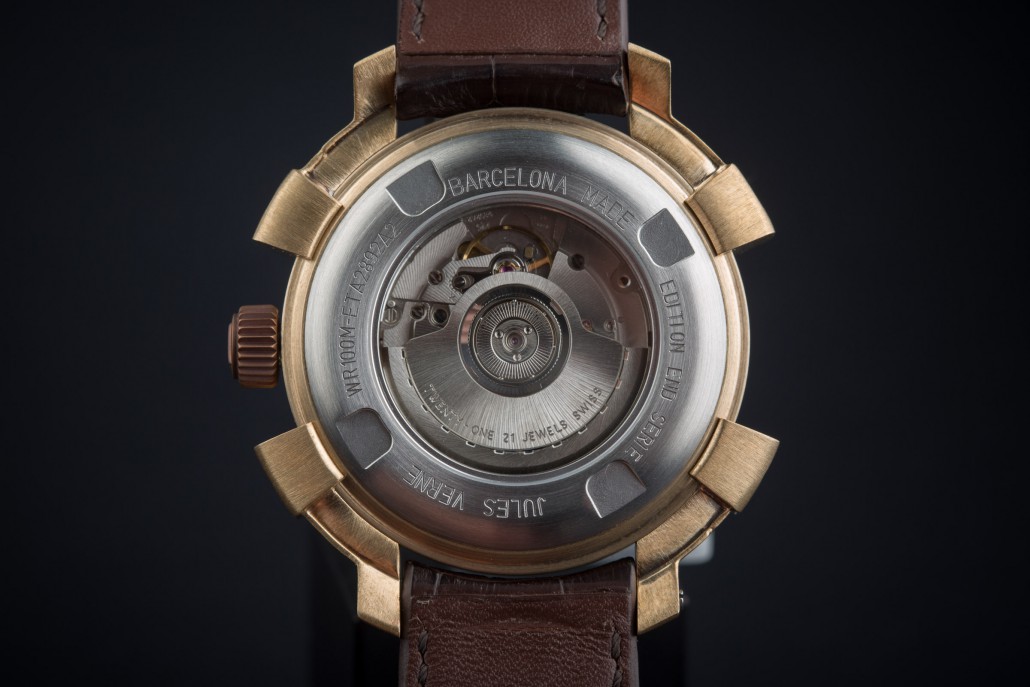 The watches have a water-resistance rating of 100 metres. Their movements are either the automatic Valanvron V24, running at 28,800 vph (4 Hertz), or the ETA 2824-2 which can be specified as an alternative. The Valanvron V24 movement is based on the ETA 2824-2, possibly financed by Chinese company Seagull but without doubt using mostly Swiss-made components and balance spring, and it is presumably assembled and finished in the village of the same name near La Chaux-de-Fonds in Switzerland. 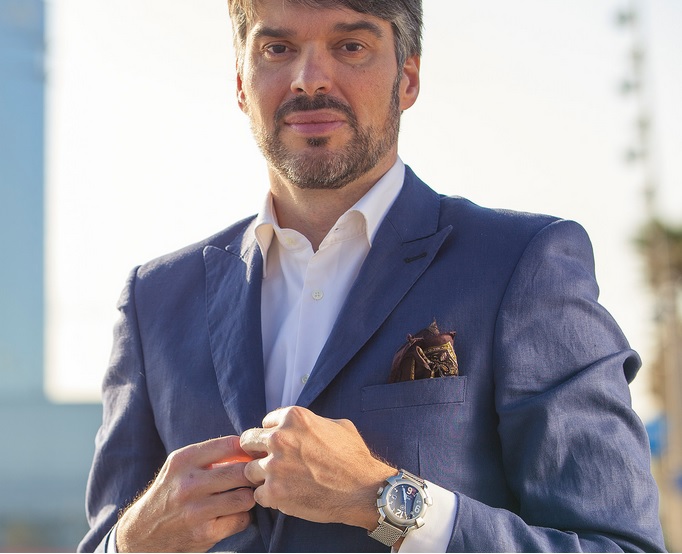