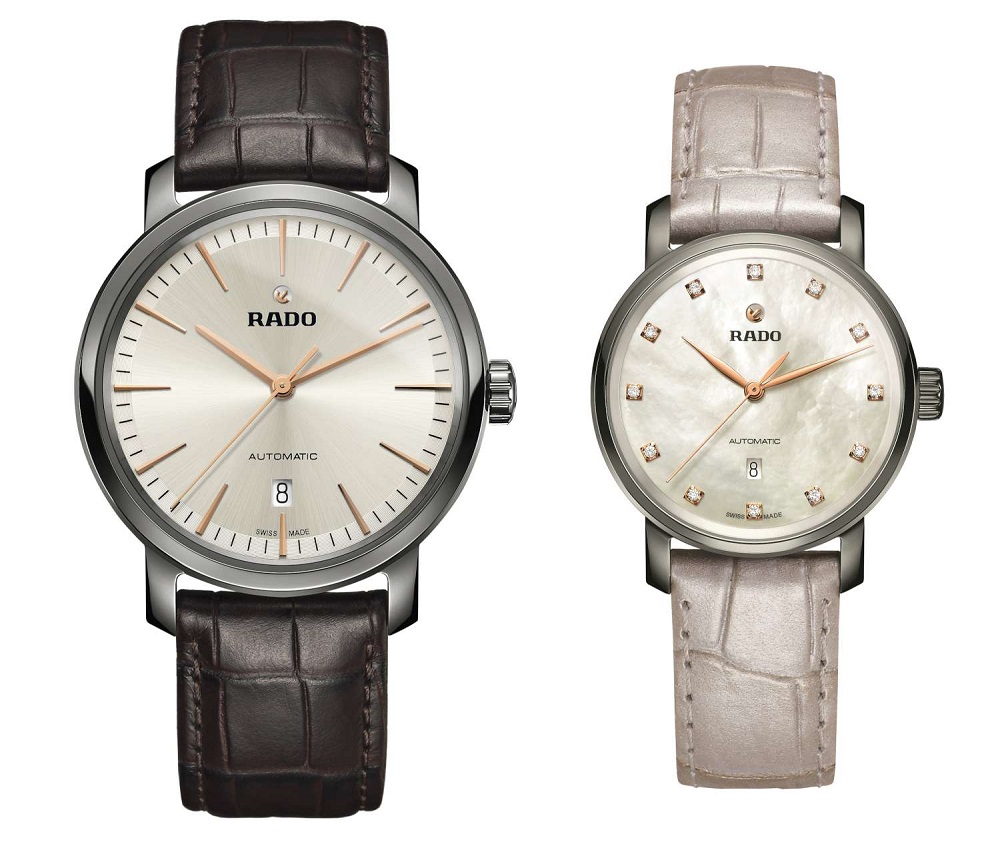 Rado is perhaps one of the more under-rated players in the watch industry. The figure of half a million watches per year that can be seen on many websites is based purely on the Wikipedia entry for Rado watches, and I can find no confirmation in the company’s web pages or Swatch Group reports. Perhaps the real figure is around 150,000 watches per year. Whatever, Rado is strong in many markets, above all South East Asia, and the company’s marketing shows careful attention to trends in that region and worldwide. 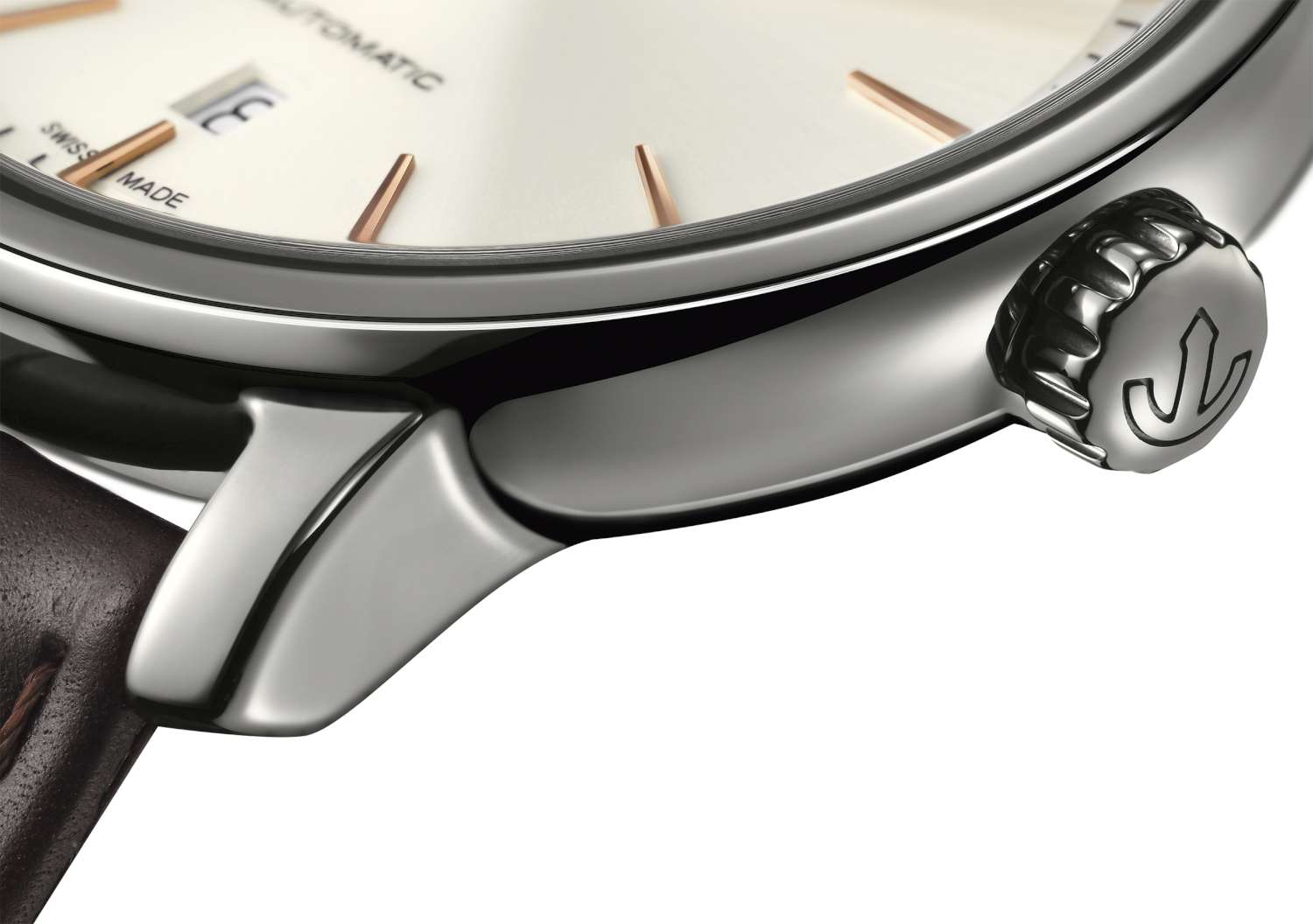 This year its watches reflect a few significant trends: principally one that has been called “modern alchemy,” a label devised by trend forecaster Lidewij Edelkoort. In one of her reports, she says, “The dominant creative drive of our times is without doubt the transformation of matter. The world of design is witnessing a revolution concerning its material component, which is scientific, chemical and alchemic all at once.” She refers specifically to Rado and its ability to transform clay first into ceramic and then, by means of a high-temperature plasma kiln, into a material that looks like metal and offers attractive metallic looks with the extra advantages of ceramic – lightness, scratch-resistance, visual versatility. On the last point, Edelkoort says of Rado, “Situated between grey and taupe, between metal and ceramic, between day and night, the watches adapt themselves to all circumstances, travelling through time and space.” The cases of the latest Rado watches have a lot of the “fluid metal” appearance that is part of contemporary culture, particularly in movies such as the Terminator series.

Another trend more specific to watches is a move back to mechanical movements. After the touch technology watches presented last year, this year’s range is primarily mechanical both for men and women. 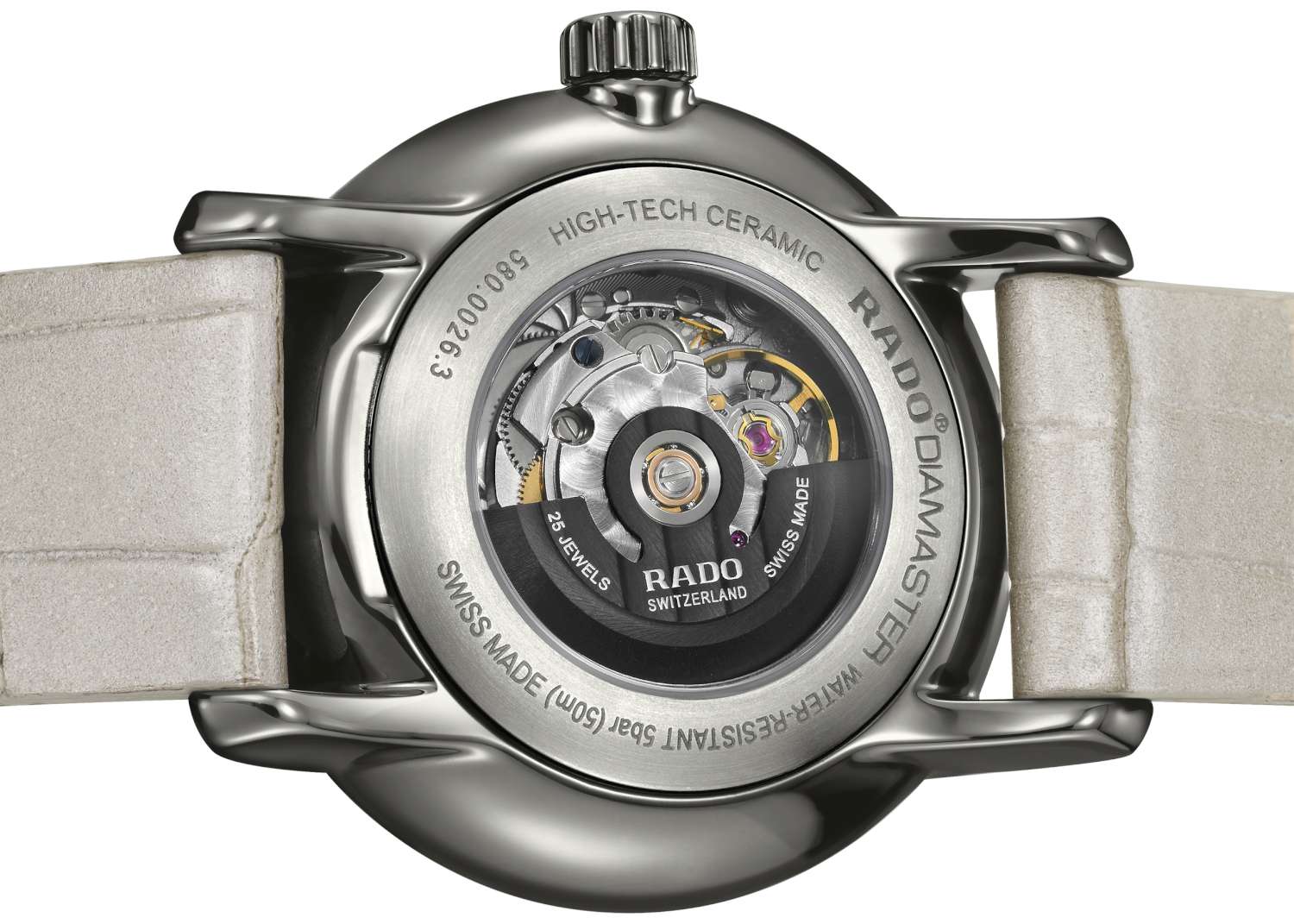 The third trend is particularly applicable to the Southeast Asian market: watch pairing. Rado presented the new plasma DiaMaster models in his and hers styles, which have similar case shapes but different dial designs, as shown in the photo below. The cool, high-tech looks of the case are softened by the leather straps and, in the women’s piece, the mother-of-pearl used for the dial. The sizes of 33 mm and 41 mm for the women’s and men’s models are also perfect for the Asian market, and both are slim at 9.6 mm (women’s) and 9.9 mm (men’s).

The women’s watch has twelve diamond hour-marker indices for a total carat weight of 1.15-1.20 and these, along with the mother-of-pearl dial, give it a price tag of about €6,850. The men’s watch has a white dial with metal indices, and so it retails for about €3,500. 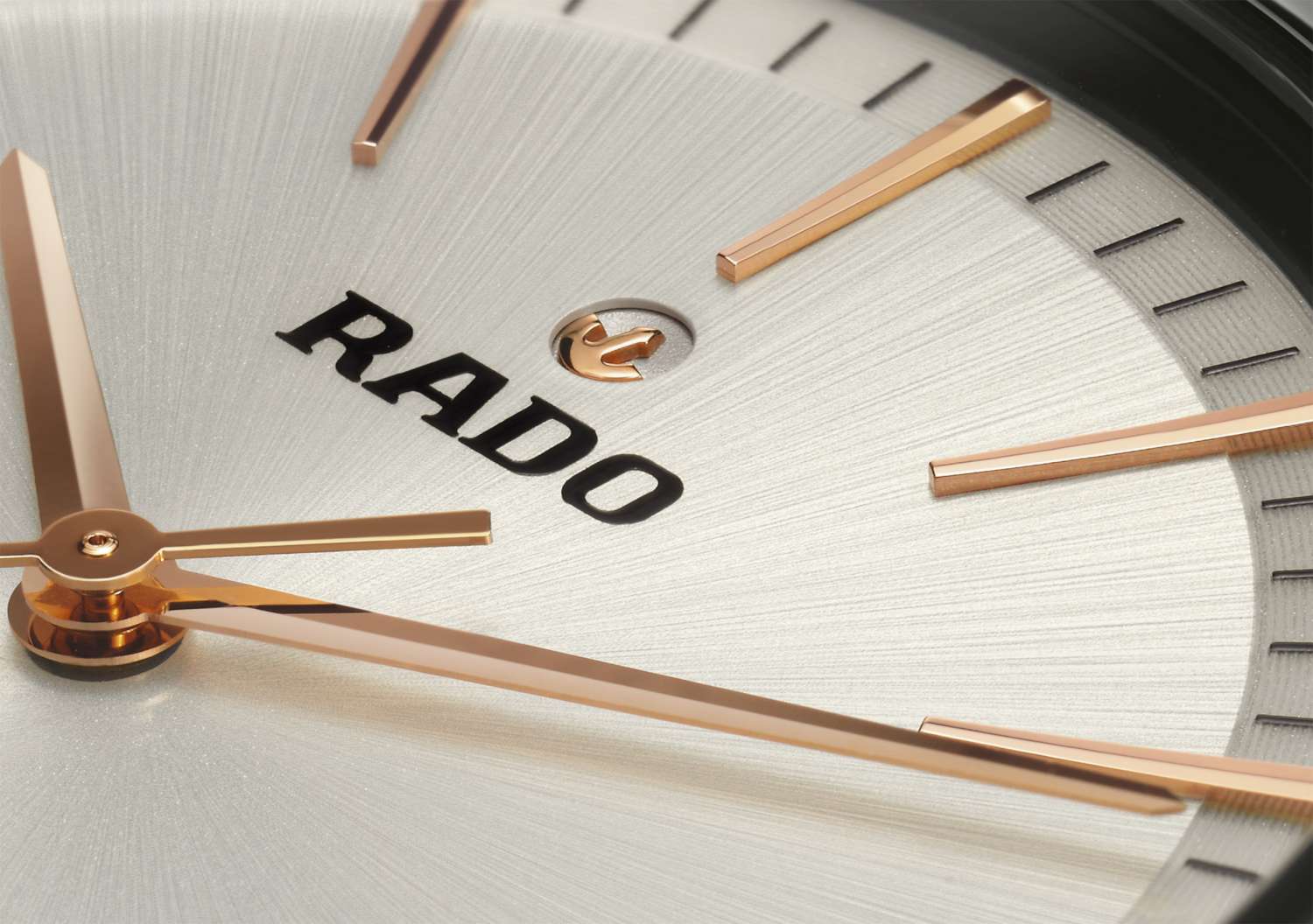 Both watches have ETA movements, the men’s ETA 2892-A2, 42 hours power reserve, and the women’s ETA 2681, 38 hours power reserve. The movements can be seen through the sapphire window in the titanium caseback. Water resistance is 50 metres for the women’s version, and 100 metres for the men’s version. Both bear the characteristic swivelling anchor symbol on the dial that has long been a hallmark of Rado watches. 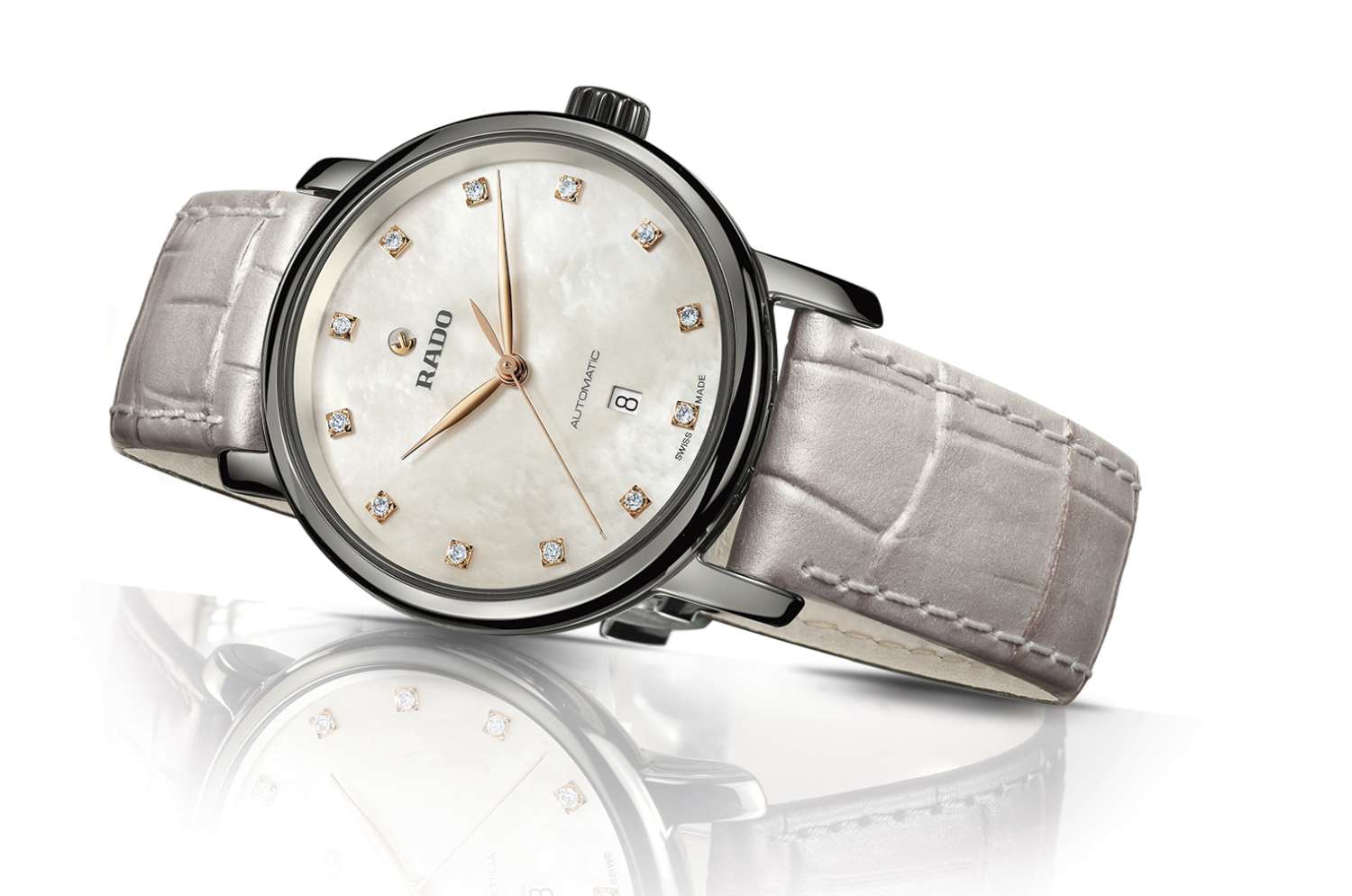 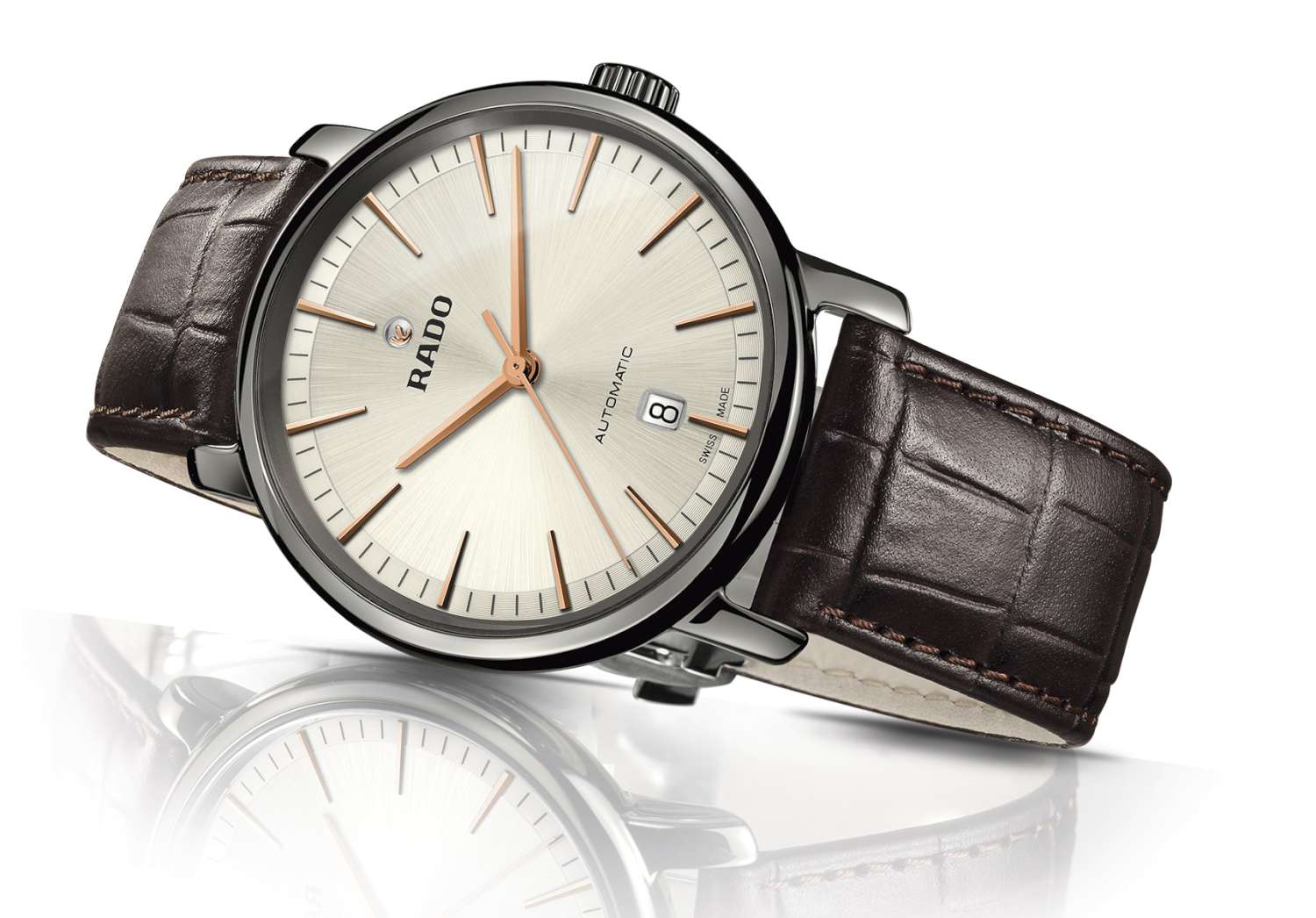