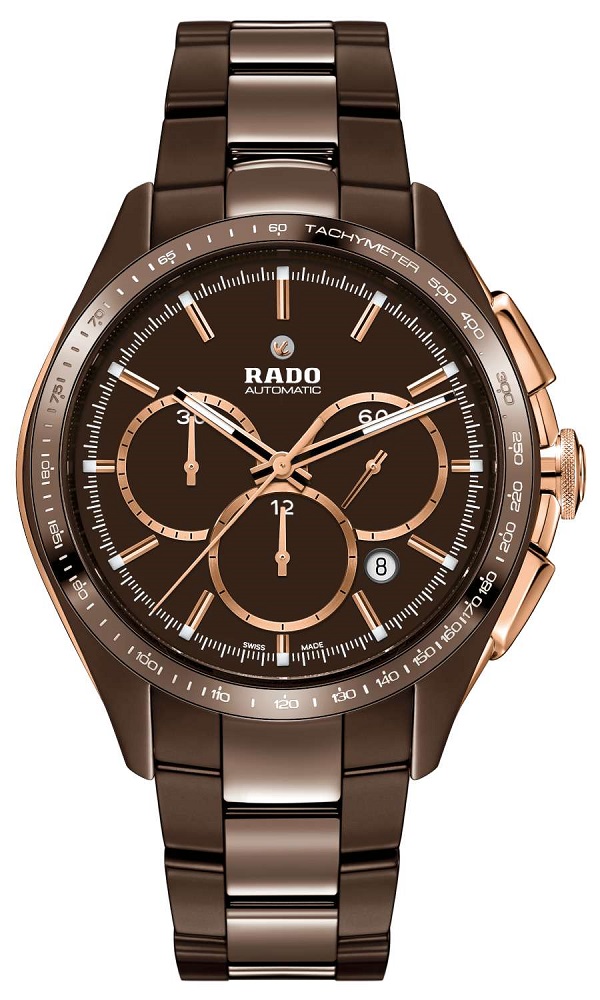 This new chronograph by Rado should be in boutiques ready for the Christmas 2015 season. Its chocolate brown colour is attained through the brand’s mastery of high-tech ceramics, and it joins the other colours previously available for HyperChrome, the original black, then white, grey, and the metallic finish of plasma ceramic. The brown colour is not an applied surface hue, but it is created during the high-temperature kiln sintering process in which separate compounds fuse and merge. Obviously the brand isn’t revealing the details of the procedure, but there is no doubt that making ceramic cases is always complicated, because you have to start with components that are initially made larger than required: during firing, each piece shrinks by 23%. The chronograph combines the matt chocolate brown used for the dial, case and external rows on the bracelet with the glossy brown of the bezel and central row of bracelet links, the rose gold PVD finish of the stainless steel inserts, pushers, crown and hour indices, and the black used on the hands. In addition, white SuperLuminova is used on the bezel tachymeter, the hour indices and the hour and minute hands. 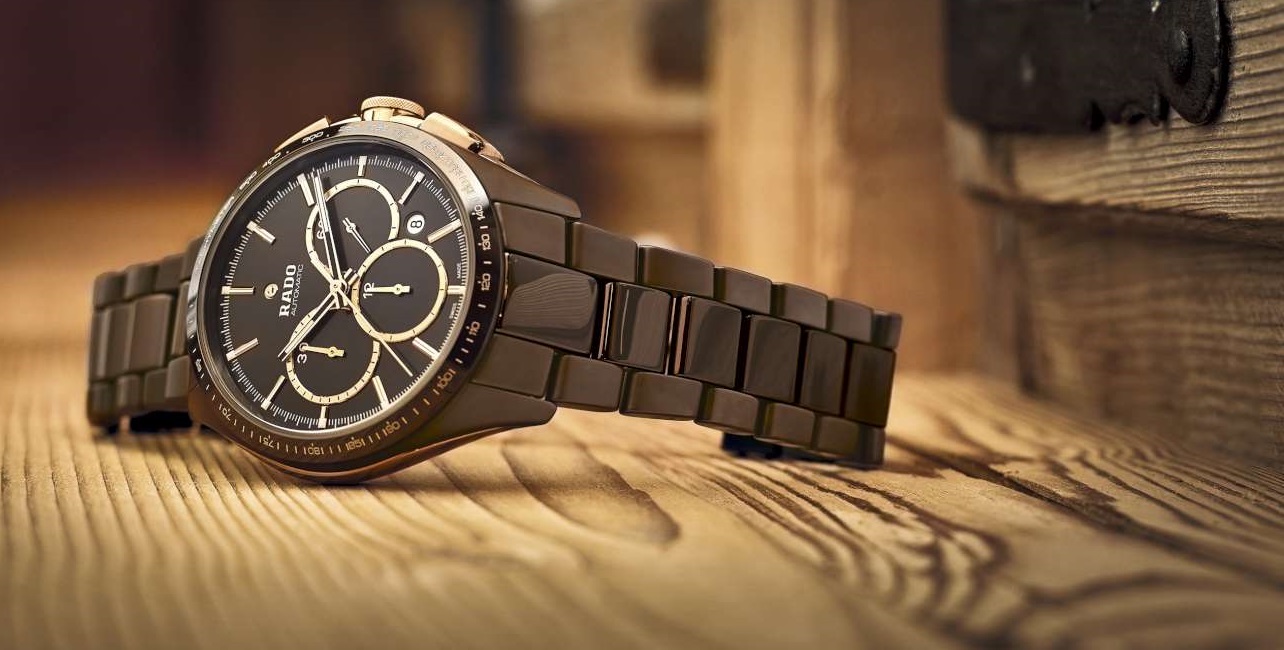 The three subdials are edged with applied circular frames with rose gold PVD finish. It’s a watch more about aesthetics than functionality, with the 12-hour chronograph subdial being the only one that can be read all the way around. It overlaps the other two, and in particular the chronograph minutes subdial whose markings are simply not there from the 10 to the 15 minute segment. See some more “illegible” chronographs on this page.

The dial also features the moving anchor symbol that appeared fairly late in Rado’s history, in 1970. It was extended to all watches in their range in 2011. Apparently it was originally based not on an anchor, but on the satellite dishes used in the late 1960s to track Sputnik satellites which at the time symbolized the heights of modern technology. 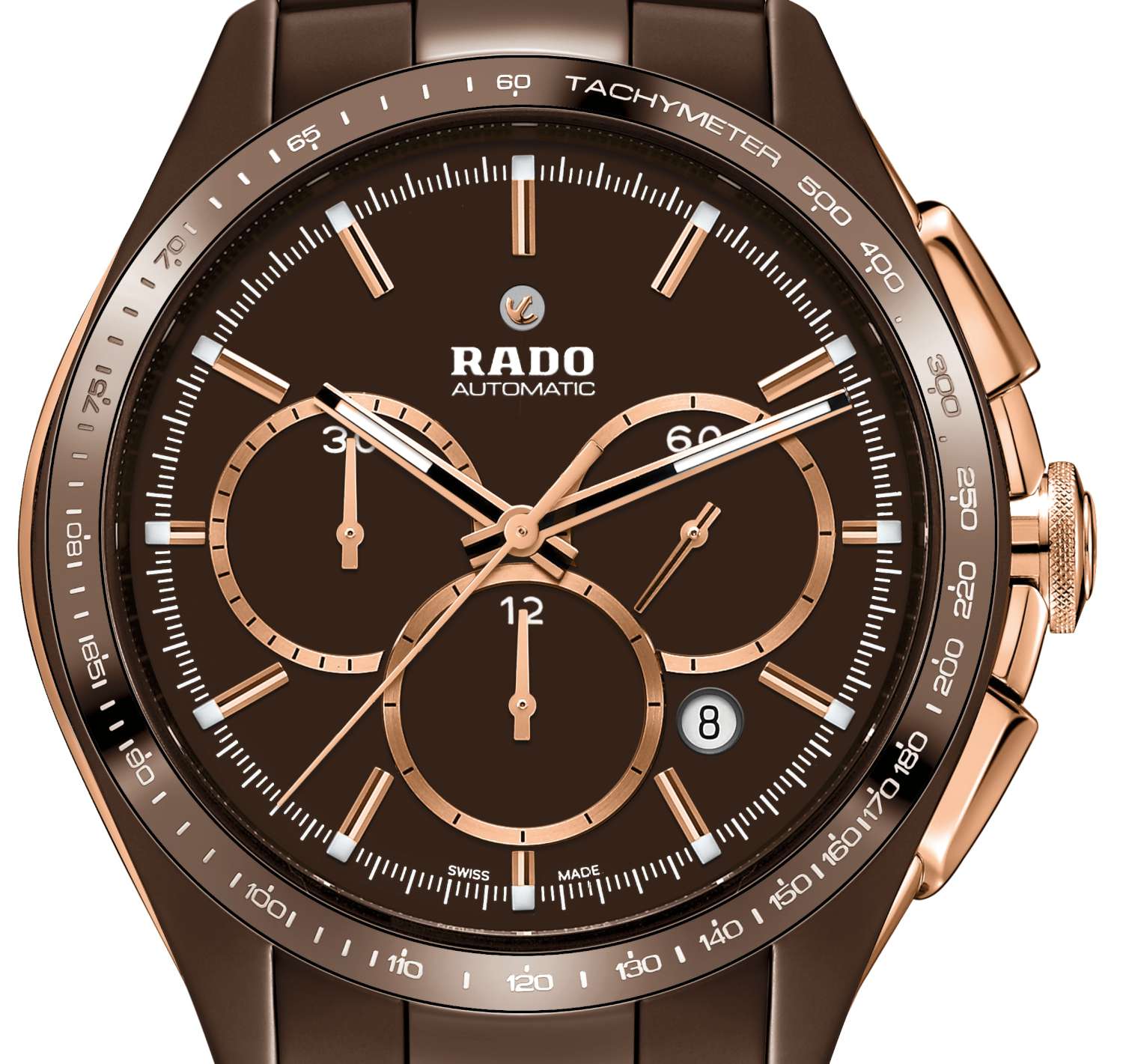 The case is 45 mm in diameter, 13 mm thick, and it has a water resistance about three times better than the usual basic 30 metres: it is rated at 10 bar, corresponding to 100 metres depth. The watch is powered by the ETA 2894-2 chronograph movement, which is self-winding and provides a power reserve of 42 hours. The caseback is in the same brown ceramic as used for the rest of the case and it has a sapphire display window.

There are two other versions in the Rado HyperChrome family of chocolate brown watches. The Rado HyperChrome Brown Ceramic Automatic, reference 629.0176.3.030, is powered by the ETA 2892-A2 movement, a self-winding calibre with a 42-hour power reserve. It has a case that is 42 mm in diameter and 10.2 mm thick. Price about €3,500. 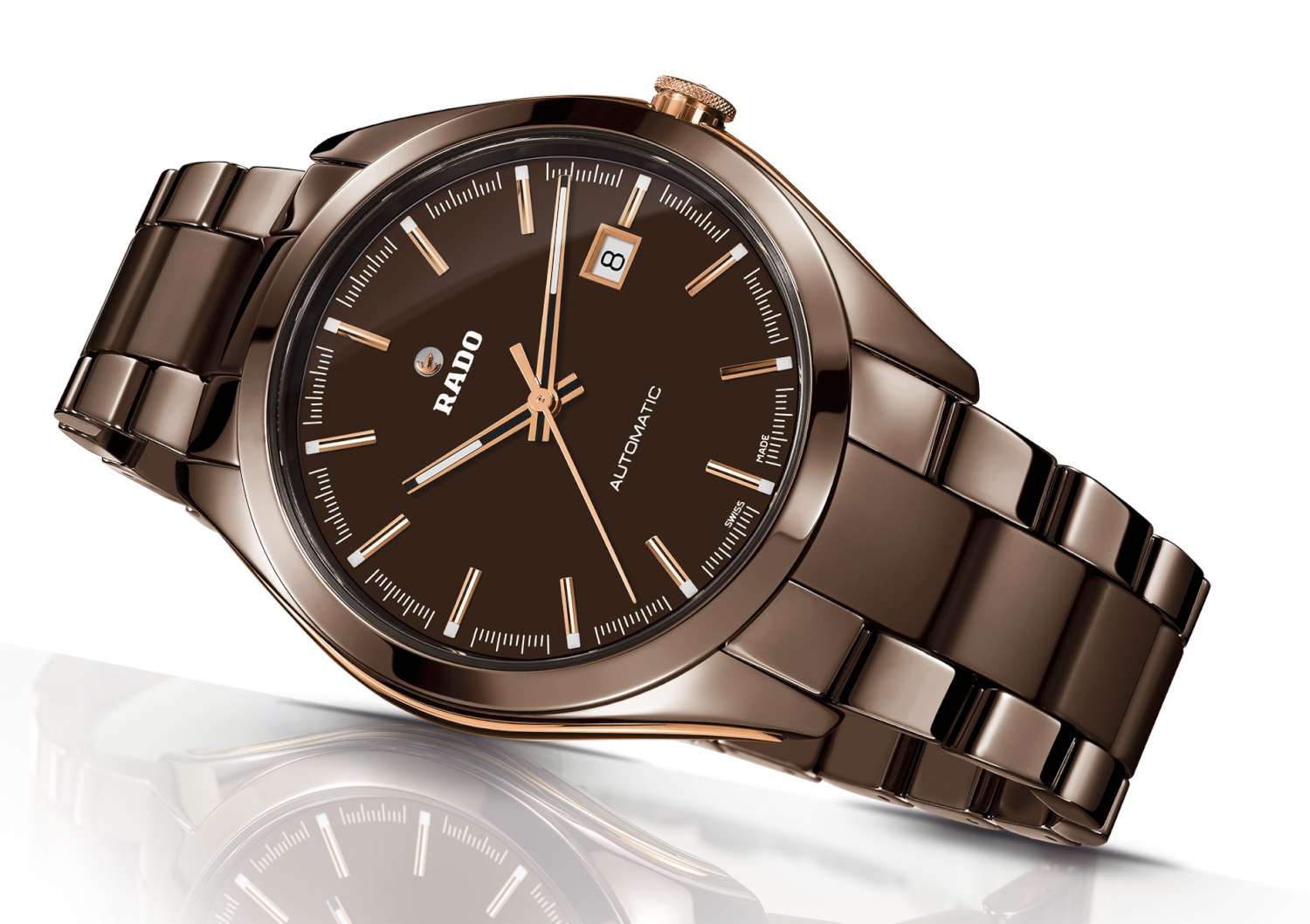 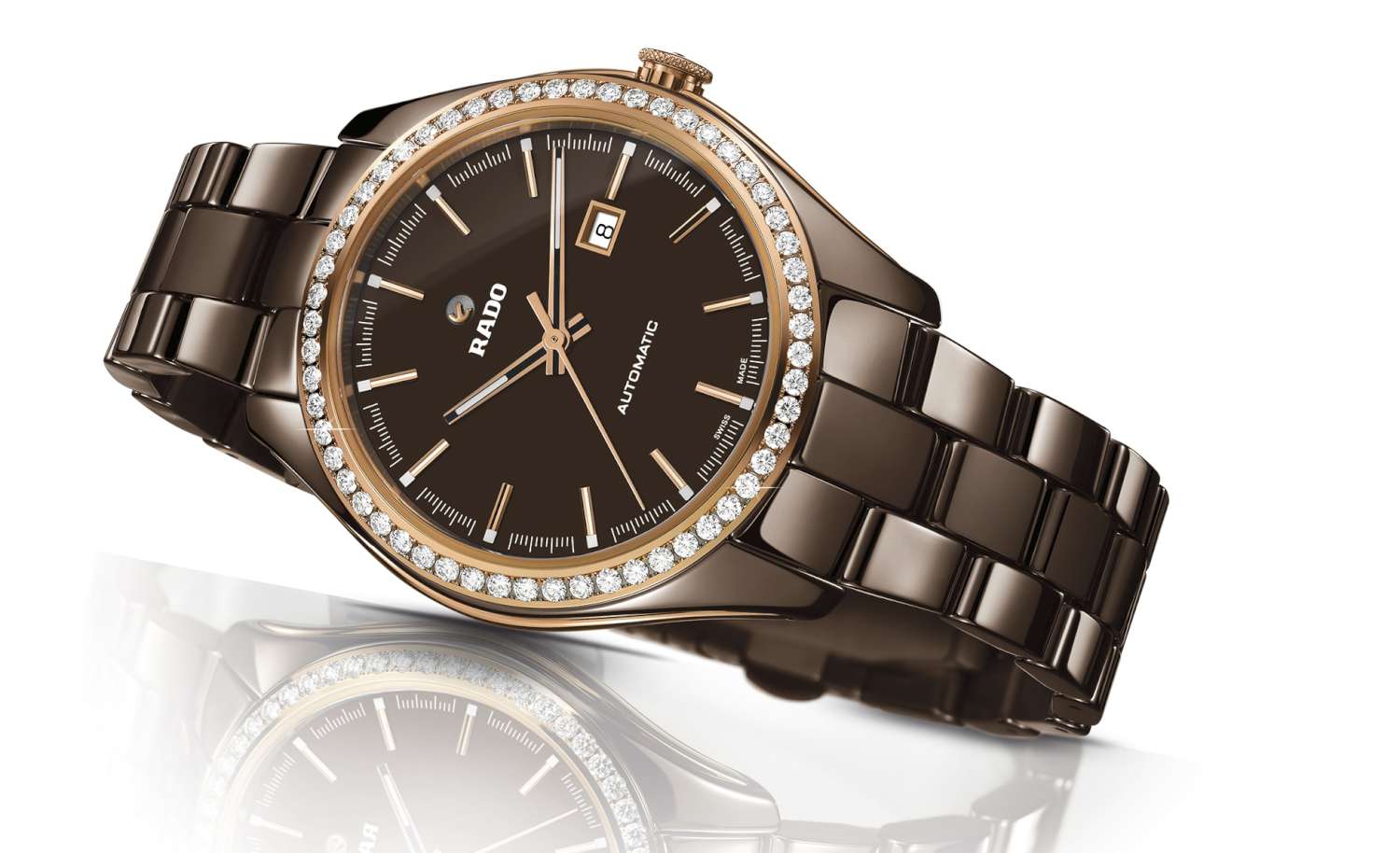