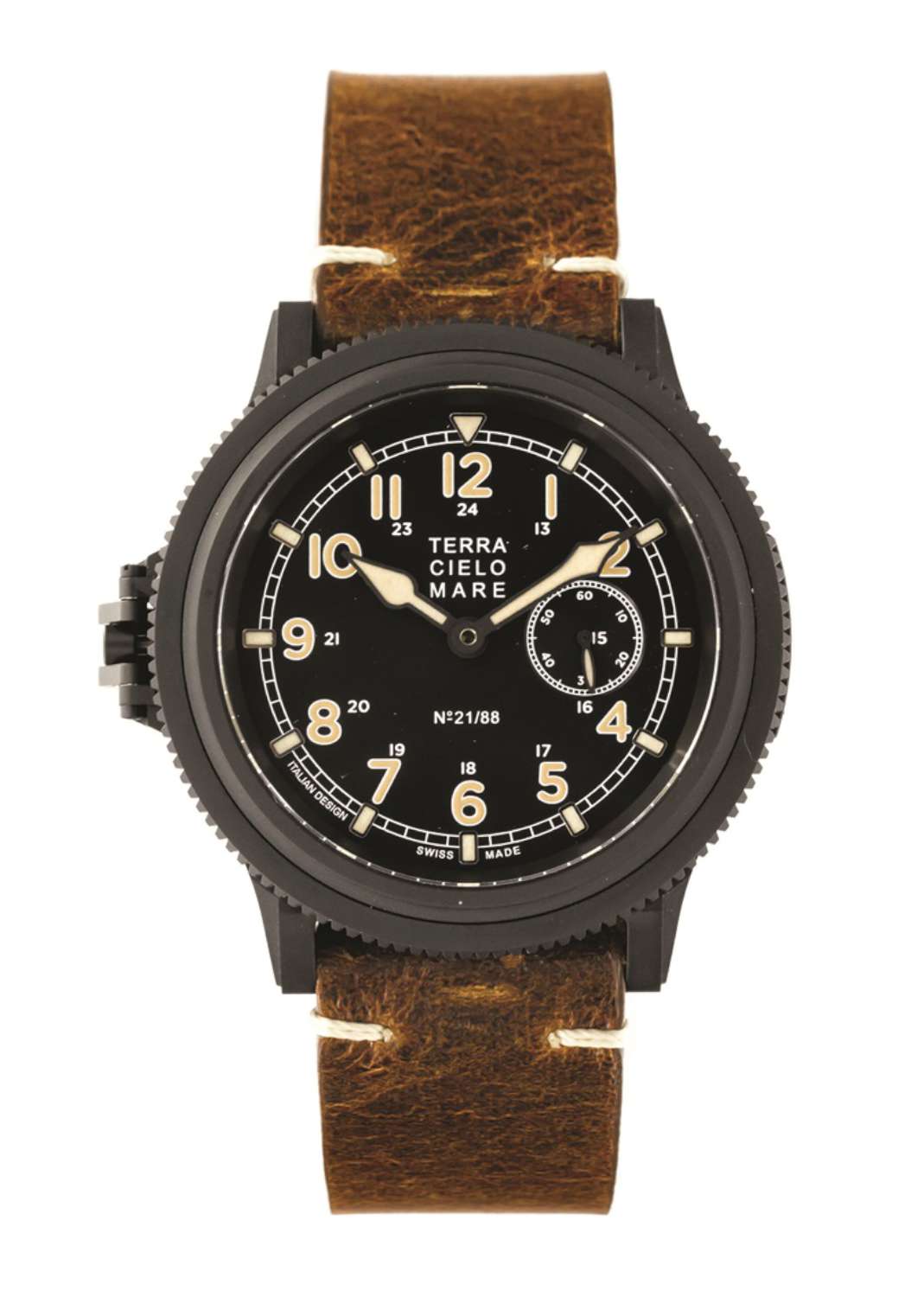 This is an unusual pilot’s watch by the Italian company Terra Cielo Mare (the name means Earth Sky Sea) which has been operating since 1999. Zero-Sen is a limited-edition timepiece that incorporates a piece of aluminium from a Mitsubishi A6M, the Japanese fighter that the Americans called the Zero-Sen. The aluminium is from the fuselage, and more specifically from the point at which the Japanese circular “rising sun” emblem was painted. For this reason, the small rectangle of aluminium on the caseband is reddish, albeit faded with age. It comes from the Mitsubishi A6M bearing the registration number A6M3MK3, model 32, series number 3148. (Below, the Mitsubishi Zero A6M, photo courtesy of C. Clark/flickr.com): 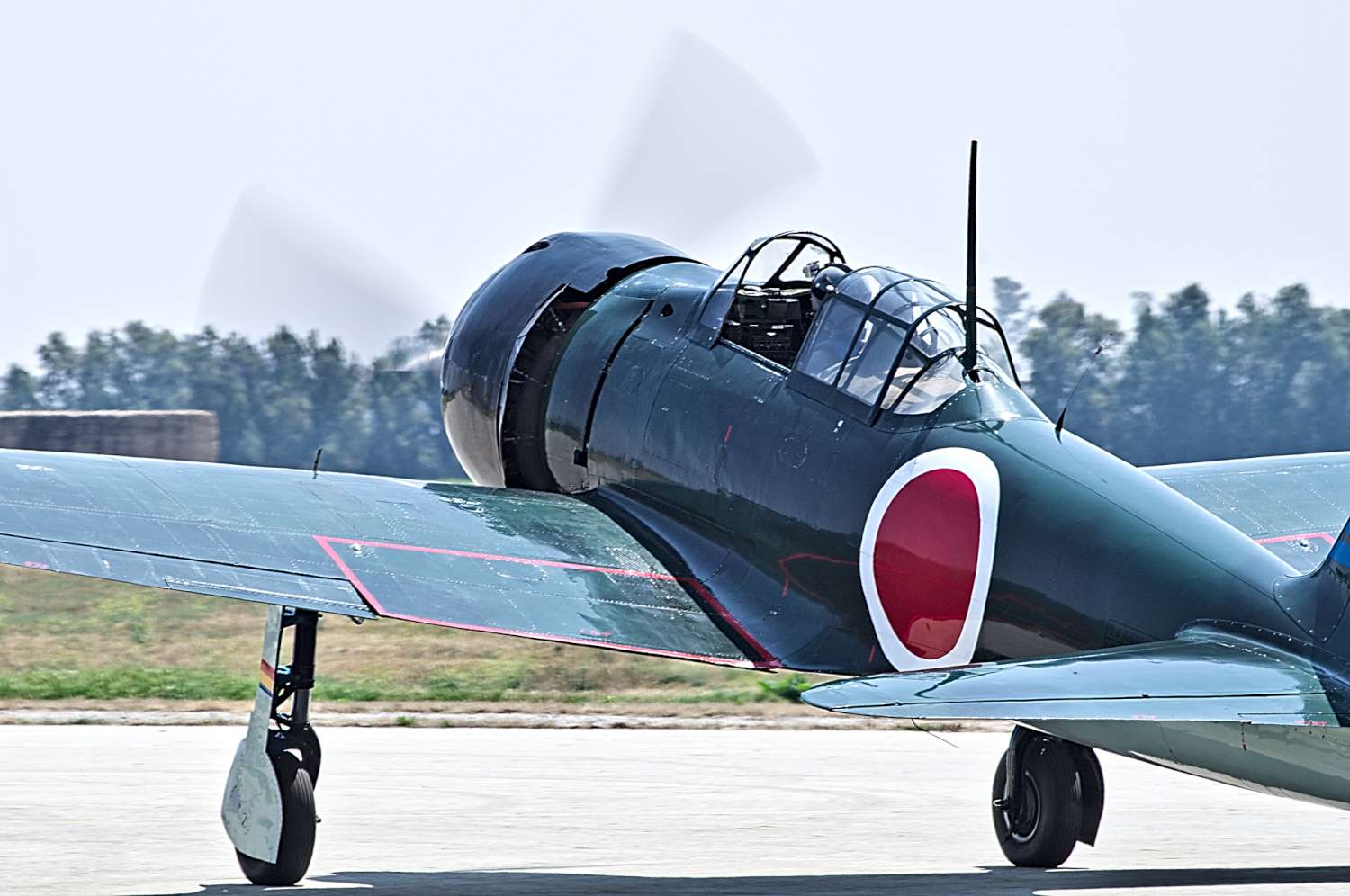 The Japanese connection continues on the caseback, where an inclinometer is marked “Slip” and “Skid,” along with two Japanese ideograms for “right” and “left.” The case and movement are unusual in that there is no crown at 3 o’clock, and the functions of winding and setting the watch are performed using the rotating bezel. Turning the bezel winds the watch, unless the lever at 9 o’clock is unlocked, in which case rotating the bezel adjusts the time. According to the brand, this procedure recalls some aviation watches of the WWII period in which the winding and setting systems were designed specifically for use while wearing gloves. 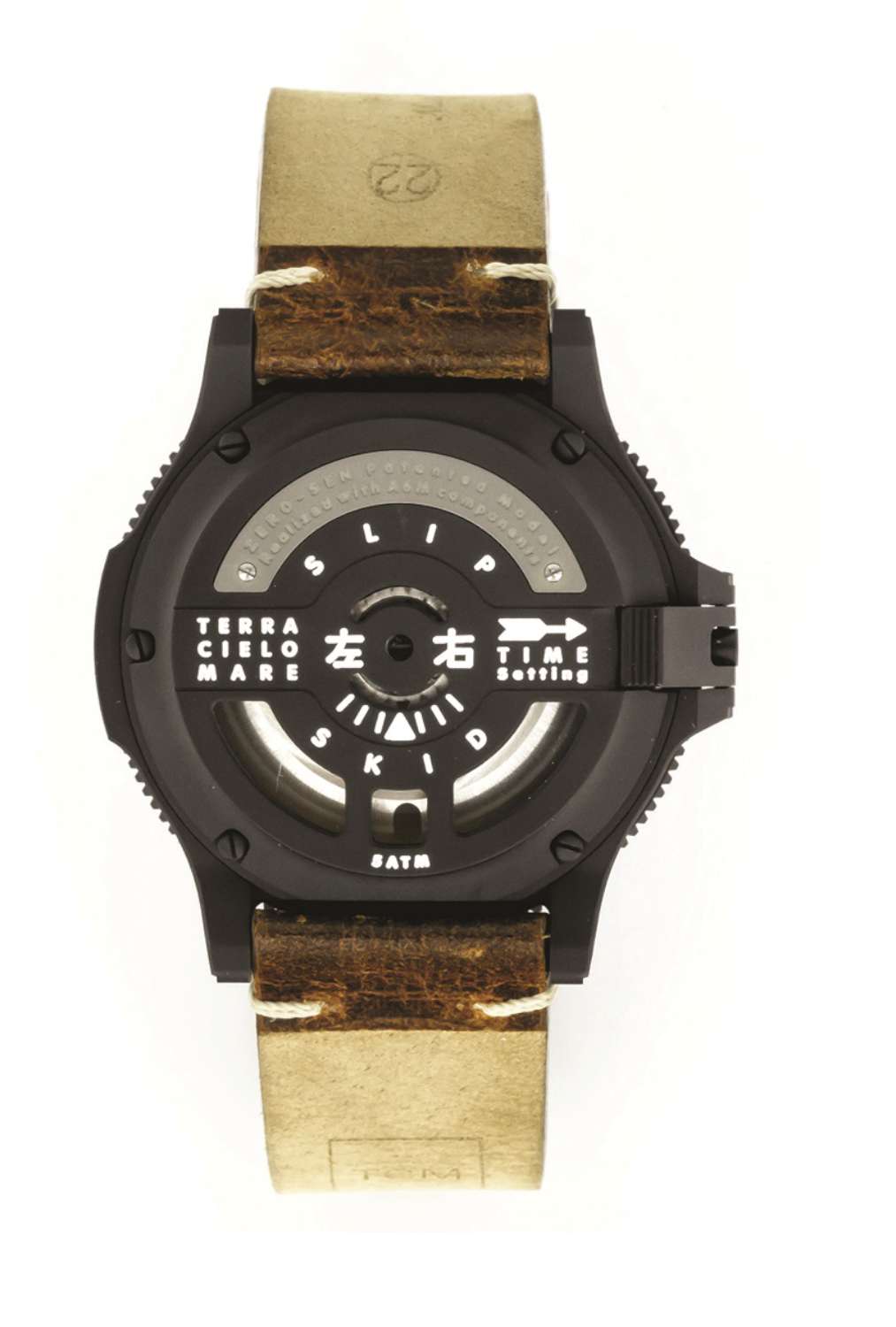 The case is 43 mm in diameter, in bead-blasted titanium with black DLC finish. The piece number, in the limited edition of 88, is marked on the dial; the subdial at 3 o’clock is for small seconds. The caseback is on two levels, in sapphire and titanium, and the titanium part has the inclinometer function. The watch is waterproof to 5 bar, 50 metres. The strap is perfect for the watch, in English vintage leather hand-crafted in Italy.

The self-winding movement is the TCM-3900, made by Concepto, Swiss manufacturer based in La Chaux-de-Fonds. It runs at 28,800 vph (4 Hertz), and provides 48 hours power reserve. 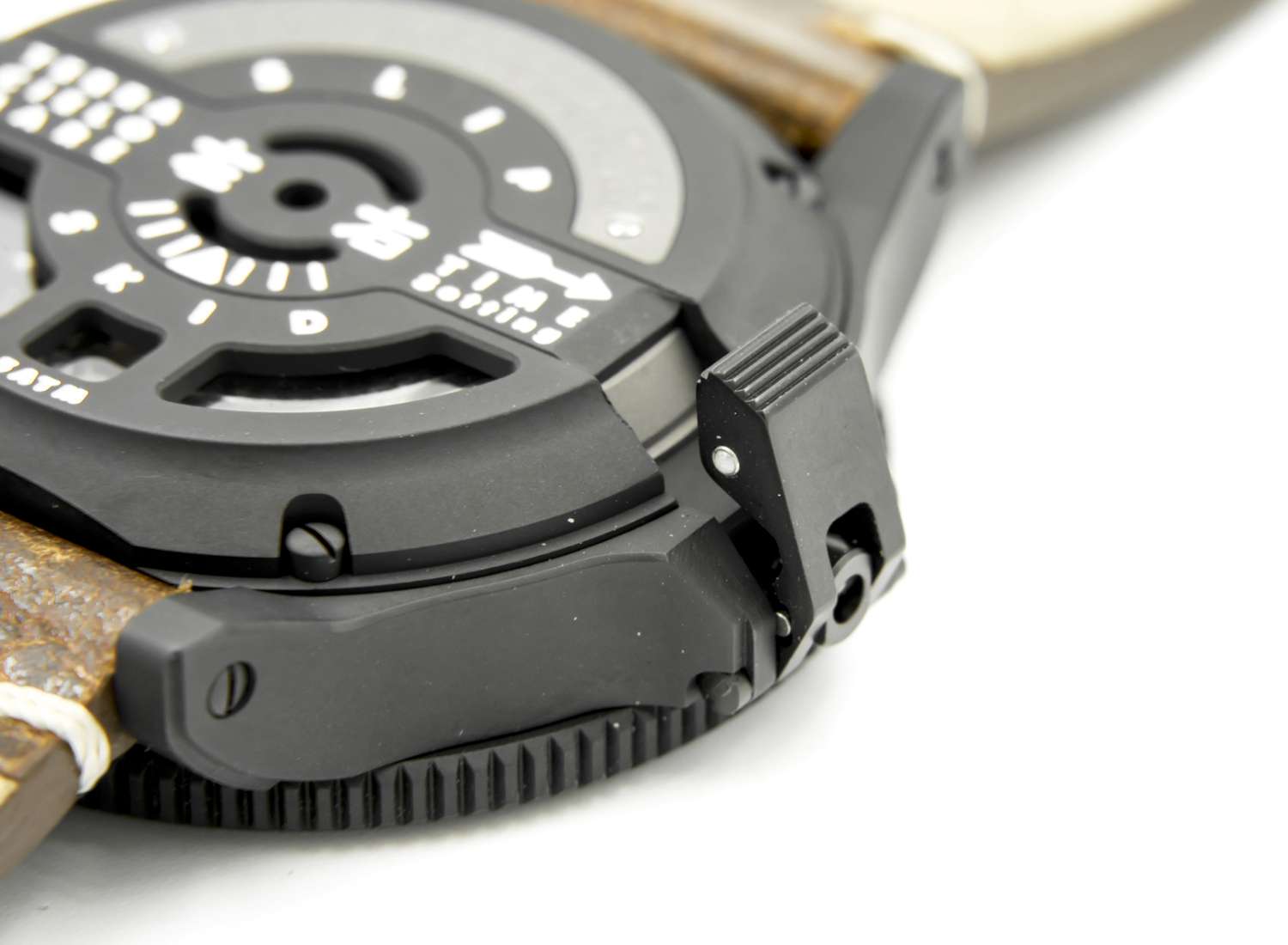