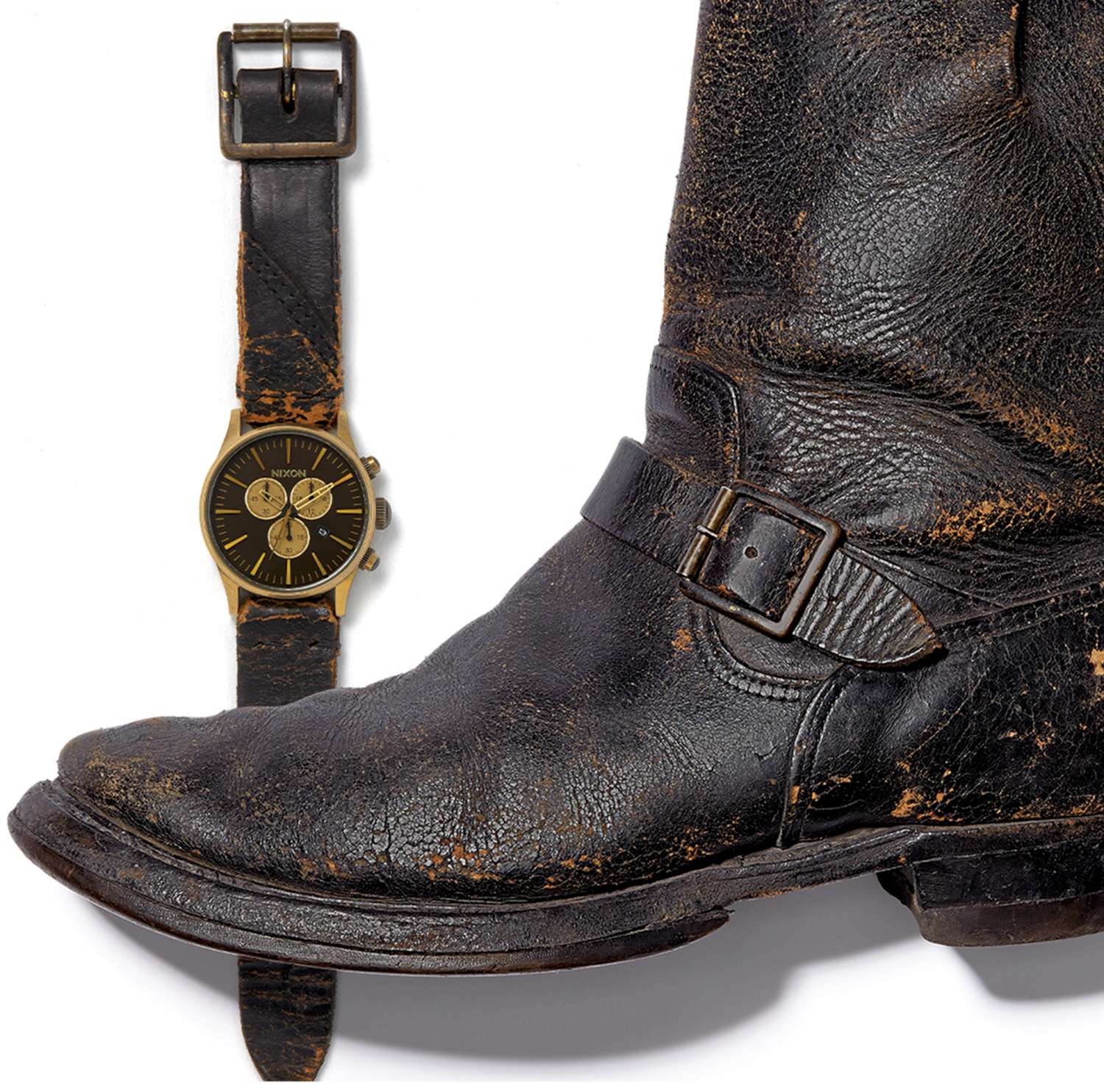 Would you like to wear a piece of someone’s boot on your wrist? Not just anyone, but Tom Waits’ boot? Or if you prefer, you could select a bit of Ozzy Osbourne’s leather jacket. These watches by American brand Nixon have straps made with leather donated by rock stars; it’s a charity operation with proceeds in part going to the MusiCares MAP Fund which helps musicians to recovery from addictions. As Tom Waits said, “Having donated my other boot to this Rock LTD Collection. I will continue to wear just one boot until everyone is clean and sober just like me.” (Below, the watch with leather from Tom Waits’ boot).

The question is, are the recycled leather straps clean and sober? No, I’m only joking and not at all finicky, and the leathers in question (leather jackets from Ozzy Osbourne, Keith Richards and Steven Tyler, guitar straps from Pete Townshend and Eddie Van Halen, Tom’s boot as mentioned, and leather of unspecified origin from Ringo Starr) have attractively aged looks. Each watch is hand-numbered, and part of a limited edition whose numbers depend on the garment: I suppose that you can make more watchstraps from a leather jacket than from a leather boot. Below, the watch with strap made from Ozzy Osbourne’s leather jacket:

The watches themselves have quartz movements and they are made by Nixon, a brand founded in 1998 with headquarters in Encintas, California. They will be available from mid-November in Nixon stores and other retailers worldwide, including the new Nixon store on Neal Street in London, opening in late November 2015.

See the nixon.com website for further information. Read more about MusiCares at grammy.org Below, Keith Richard’s jacket used for the strap of a Nixon Sentry Chrono: 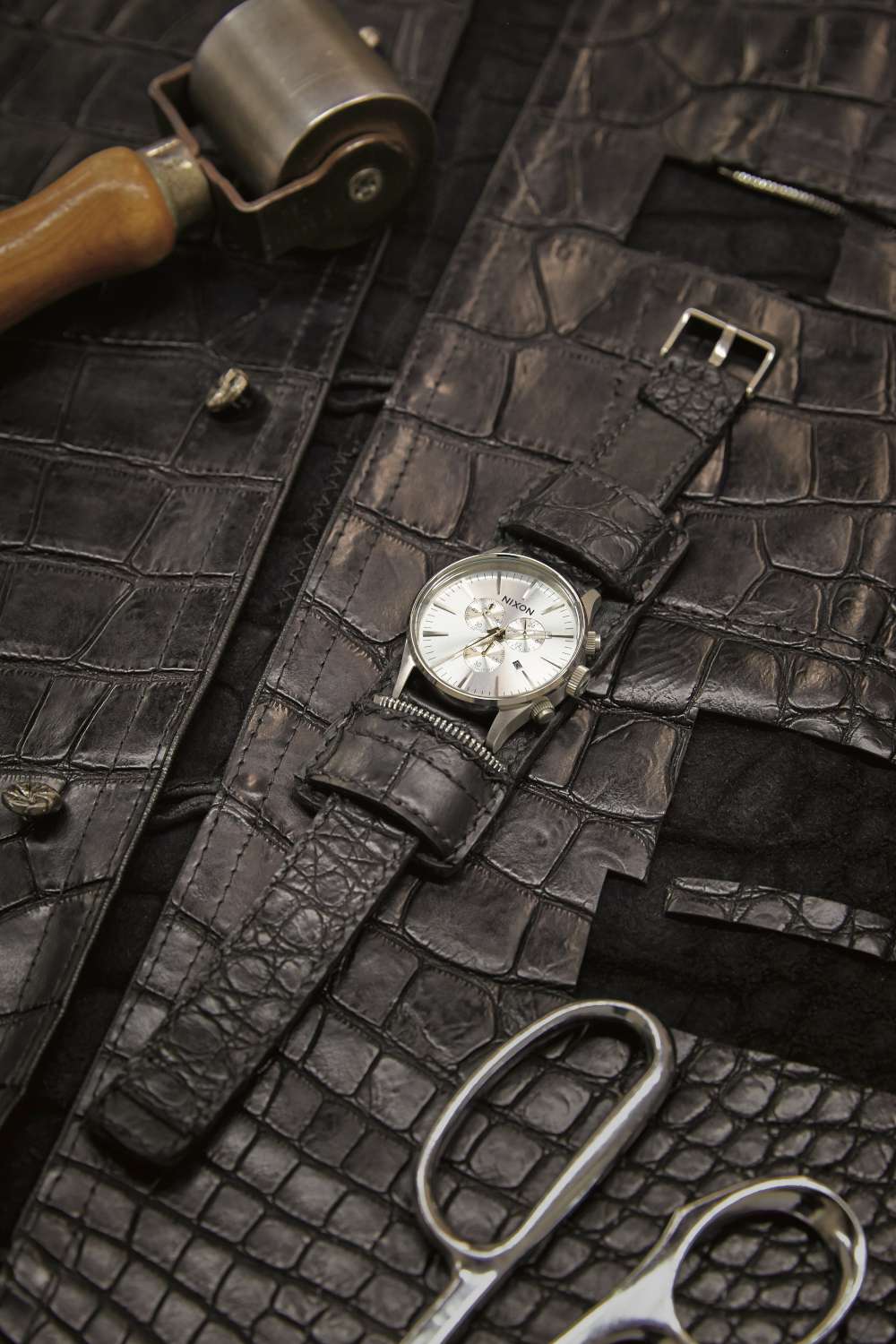