Disc indicating hours of local time, with day/night indication at the centre 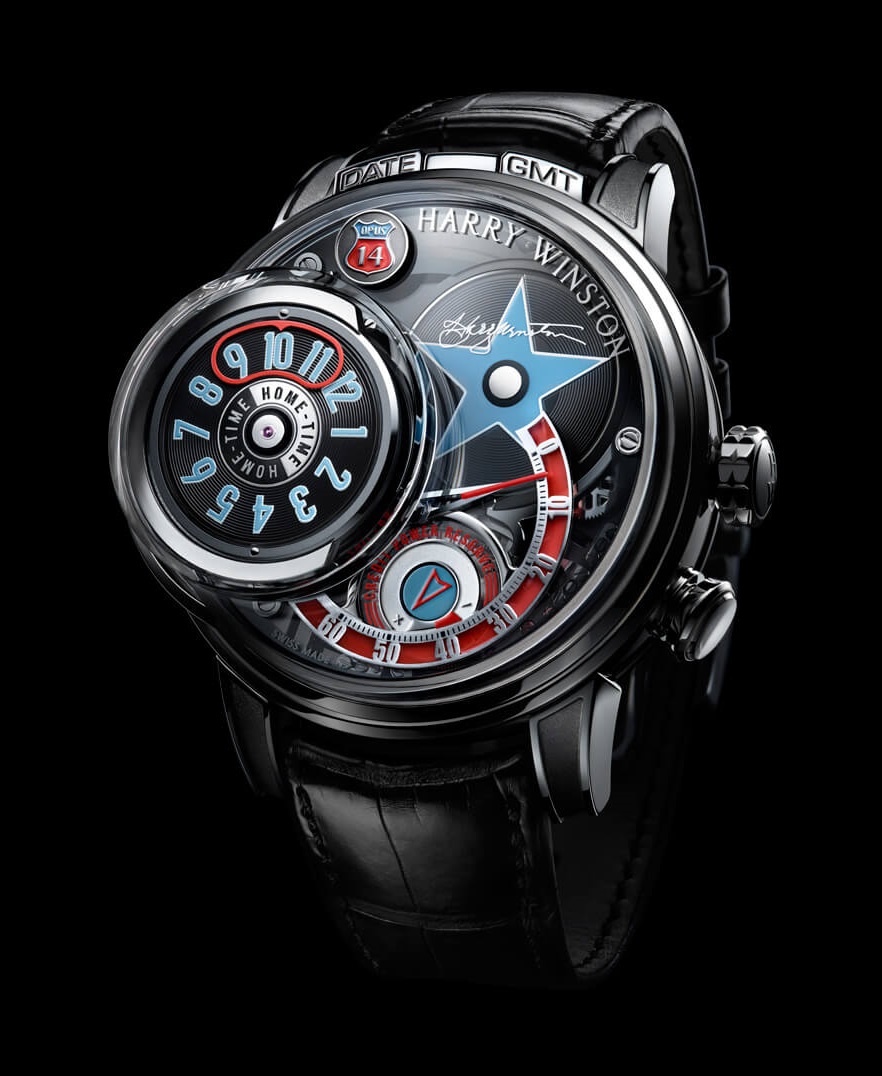 So, the Opus series has survived Harry Winston’s change of ownership – now part of Swatch Group – and it will apparently continue, though new Opus watches will be launched less frequently than in the past. Judging from Opus 14, the concept has also changed. The Opus series of watches by outstanding watchmakers were hallmarked by unusual methods of displaying the time, with highly complex movements, in which it was the brilliance of the micro-engineering that stole the show. In Opus 14, it’s a watch with the same degree of complexity, but above all, it tells a good story. It’s a narrative piece with powerful visual imagery. 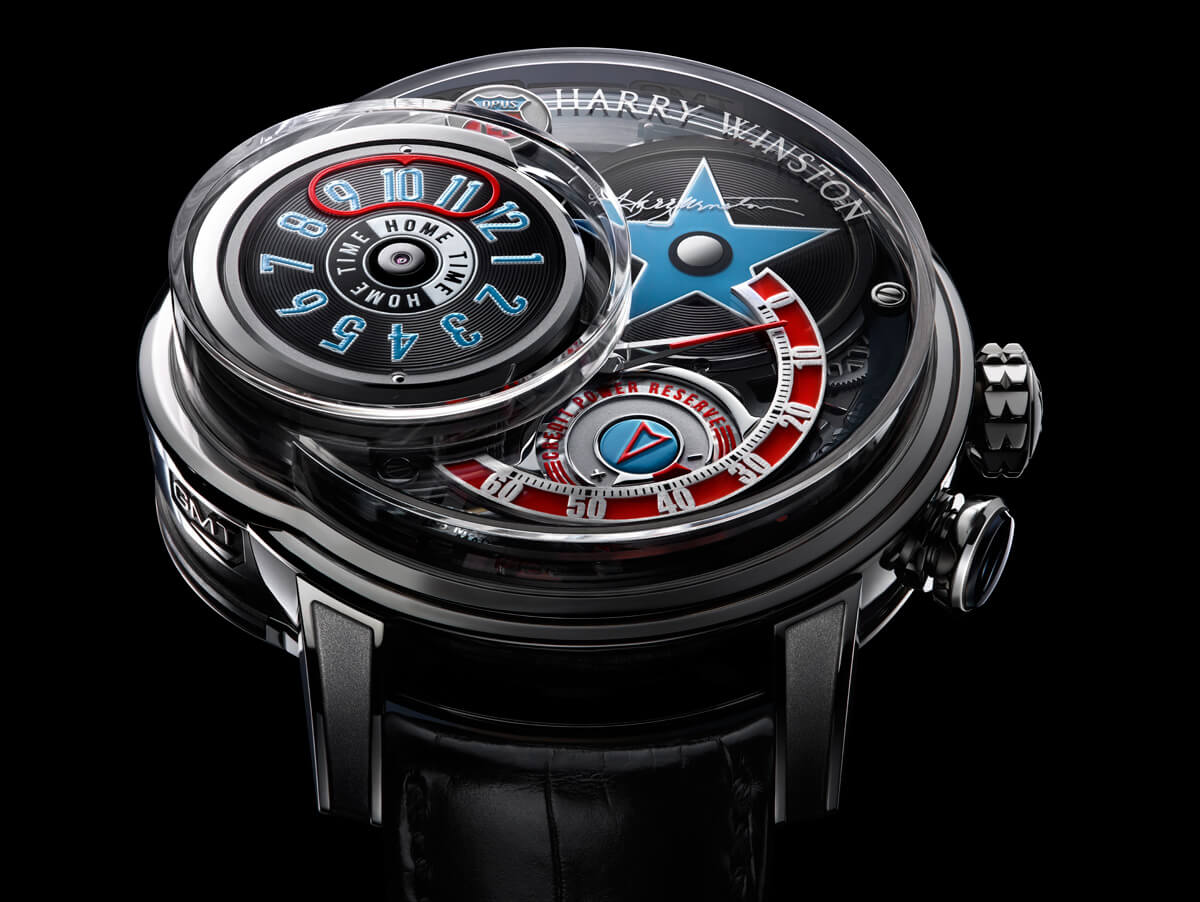 The concept for Opus 14 is by Franck Orny and Johnny Girardin, two independent watch designers who now operate their own design business called Télôs, in La Chaux-de-Fonds. One of their previous projects was Metamorphosis, made by Montblanc at their Villeret manufacture, inspired by the Transformer movies. In that piece they envisaged a watch that could change function and appearance at the touch of a button. They have done the same thing here, except that instead of Transformers, they have gone back in time to the 1950s and the jukeboxes standing up against the wall of diners, machines in which the record of your choice was automatically retrieved from a stack and placed on the turntable. The same thing happens here. Everything is displayed by discs, with the hour shown on the main time display at 9 o’clock at the top of the stack, and three additional discs underneath that can be transported across to the other display at 2 o’clock which can show the time in a second time zone, or the date, or the neutral star disc bearing the signature of Harry Winston. You use the sliding selector on the caseband on the left-hand side of the watch to choose the function, GMT, calendar or star-disc, then you press the pusher at 4 o’clock which activates the mechanism, selecting the respective disc and transferring it to the platform where it spins to the correct reading for either second time-zone or date. Pushing the pusher at 4 o’clock again sends the disc back into the store below the time function dial. At 12 o’clock there are two pushers that the wearer can use to adjust date and the second time zone.

The local time disc has day/night markings, and likewise the GMT disc. The bottom part of the dial is taken up by the retrograde minutes hand, and the “Credit Power Reserve” indicator displaying up to 68 hours power reserve for the main timekeeping movement. Apparently there is also a second “aperture” power reserve indication for the disc changing function, for which the respective barrel provides enough power for up to five disc changes. I honestly can’t see this indicator, I’ll update this page when I’ve found it! Whichever mainspring barrel runs down first, you have to wind up the watch using the crown at 3 o’clock which is connected to both mainspring barrels. The crown is also used to set local time.

The visual design is all about 1950s America. The function discs have a look based on vinyl records, while the graphics all recall that period, with its bold colours and shapes that recall car dashboards and diner interiors. All this in a case that is large, as you would expect: 54.7 mm in diameter, 21.9 mm thick, in white gold, mounted on a black alligator leather strap with folding clasp. The HW4601 movement has 1,066 components, 31 bridges and 124 jewels, with two mainspring barrels, one for the movement, one for the disc-change function. 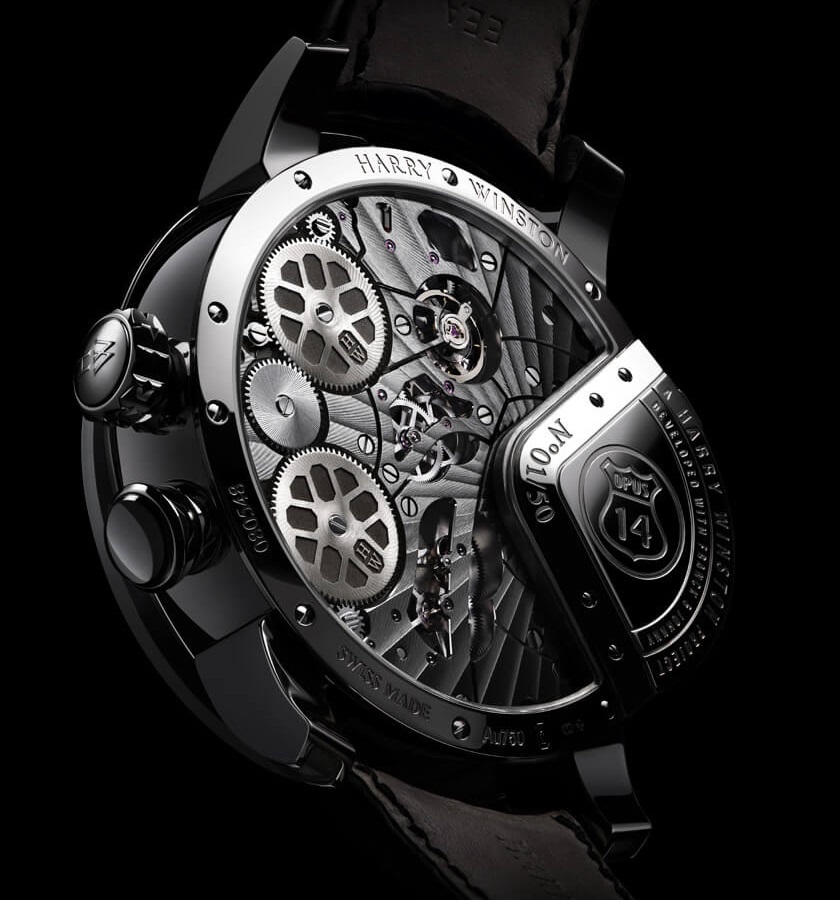 A jukebox was very much part of popular culture, and the coins that you had to put in to play your favourite record didn’t set you back much at all. The cost of this piece is a little different: in white gold, a limited edition of 50 pieces, each Opus 14 watch costs 428,000 Swiss francs. The price includes the presentation box in the shape of a jukebox. Below, a photo of the launch party at Baden-Baden. 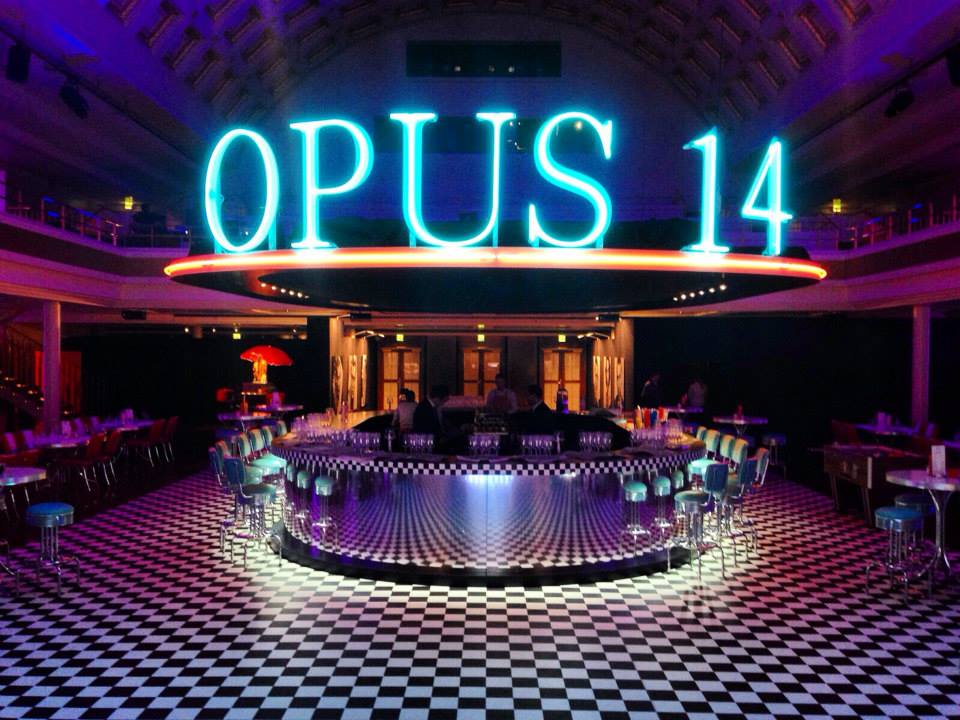 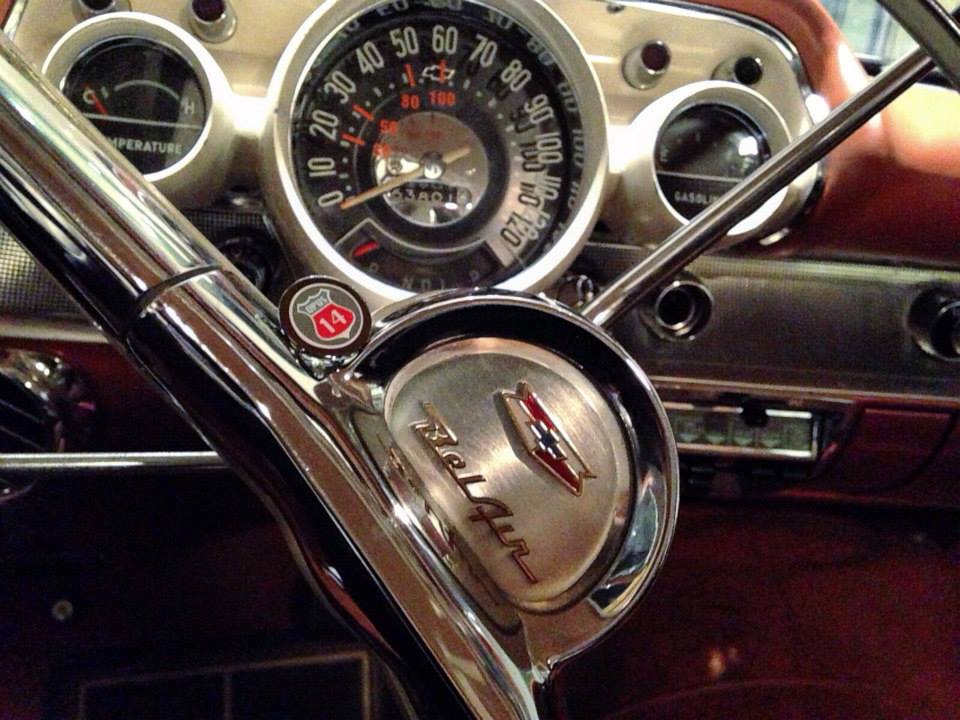 One thought on “Harry Winston Opus 14”