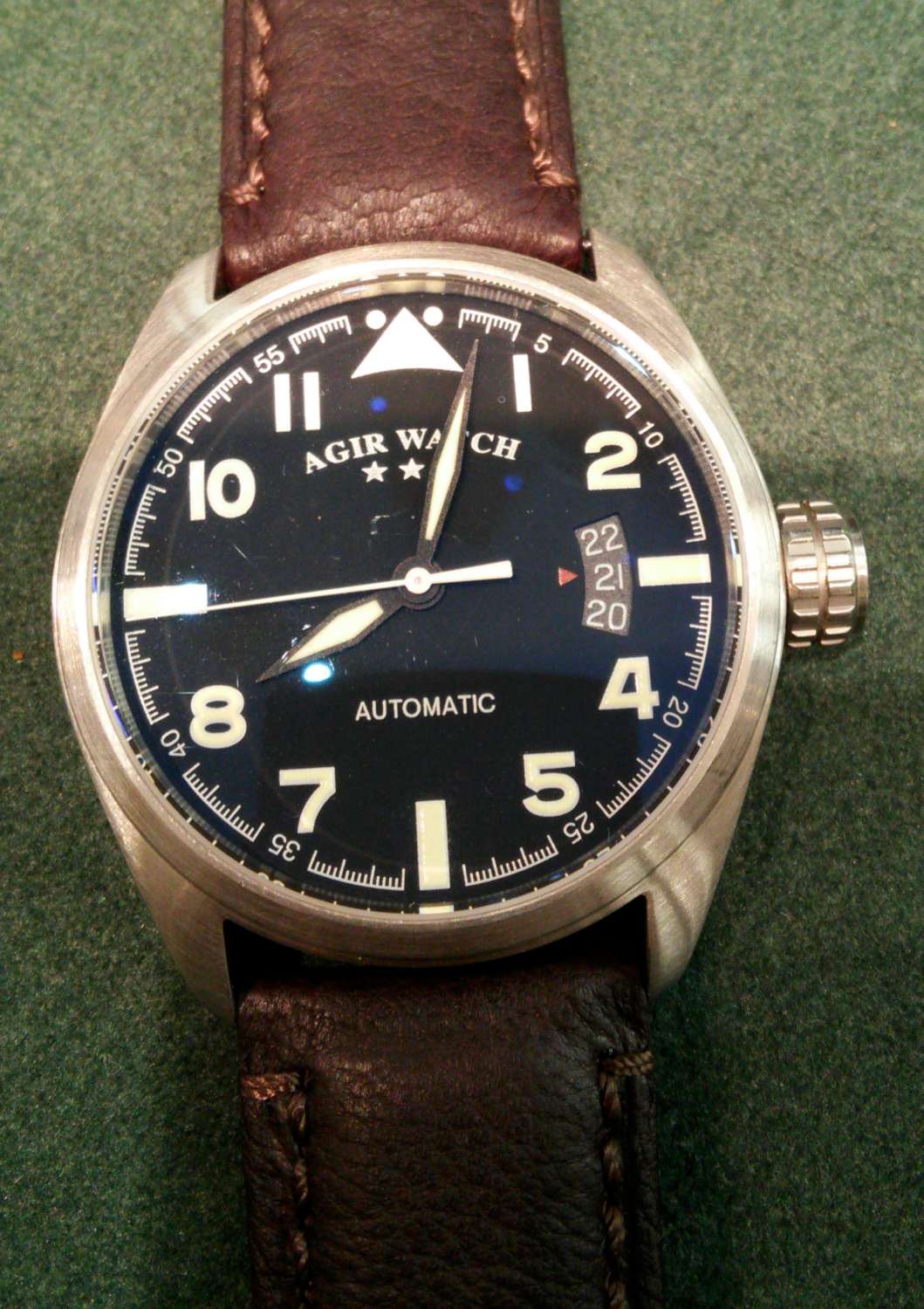 This is a very wearable pilot’s watch by Agir Watch, a brand founded in Biel, Switzerland, in 1926, and that is currently under Italian ownership. In the past, Agir Watch was part of the group founded by Filippo Giardiello from Naples (his principal brand was Philip Watch), and in 1956 it was purchased by the Swiss Watch Company based somewhere near Milan. Today, Agir Watch has two production centres, one in Switzerland using Swiss movements (ETA, ETA/Valjoux, Unitas) and one in Italy using Japanese movements. They make about five or six thousand watches per year, generally in series of 300 for each model, which may be remade if it sells well. The brand sells almost exclusively to watchmaker/repairer shops in Italy, and in other locations including North Carolina and Beirut.

This pilot’s watch has a very IWC Mark XXVII look, with its vertical curved date window; it is powered by an ETA 2824-2A movement, and it has a solid caseback. Price about €550. 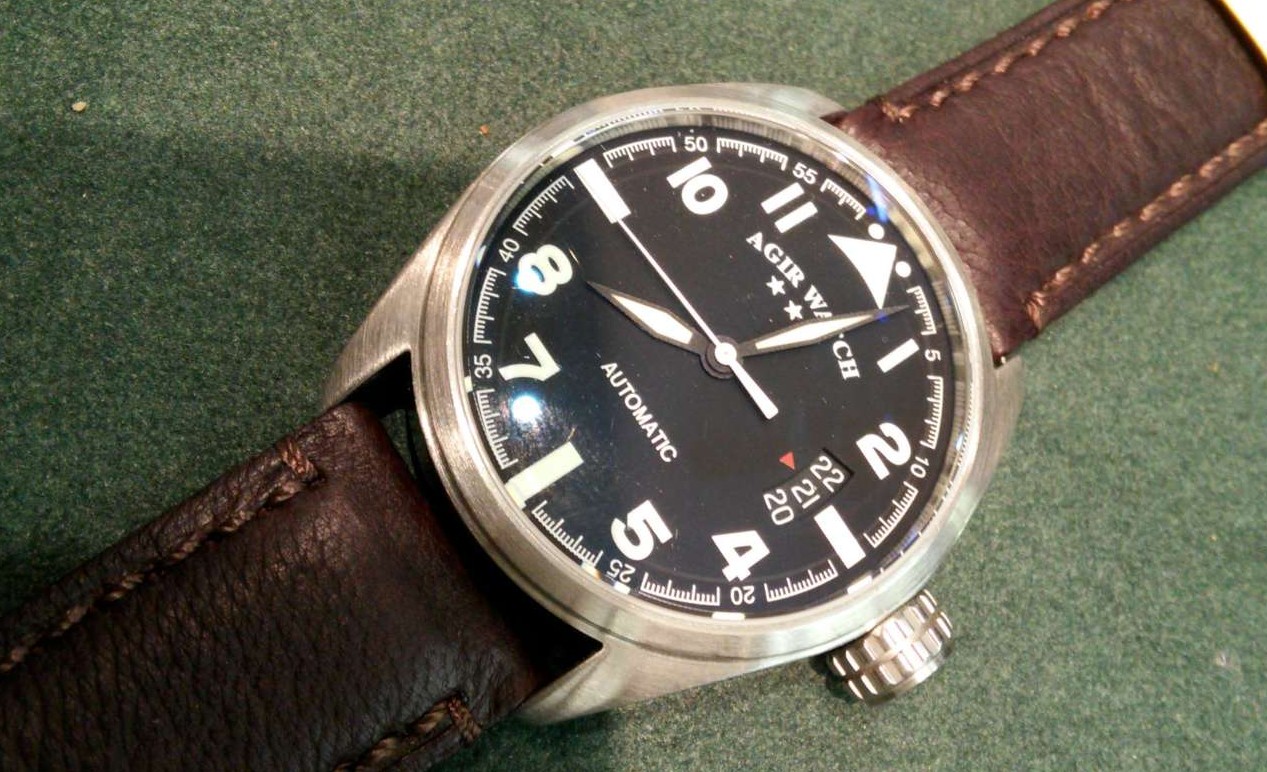