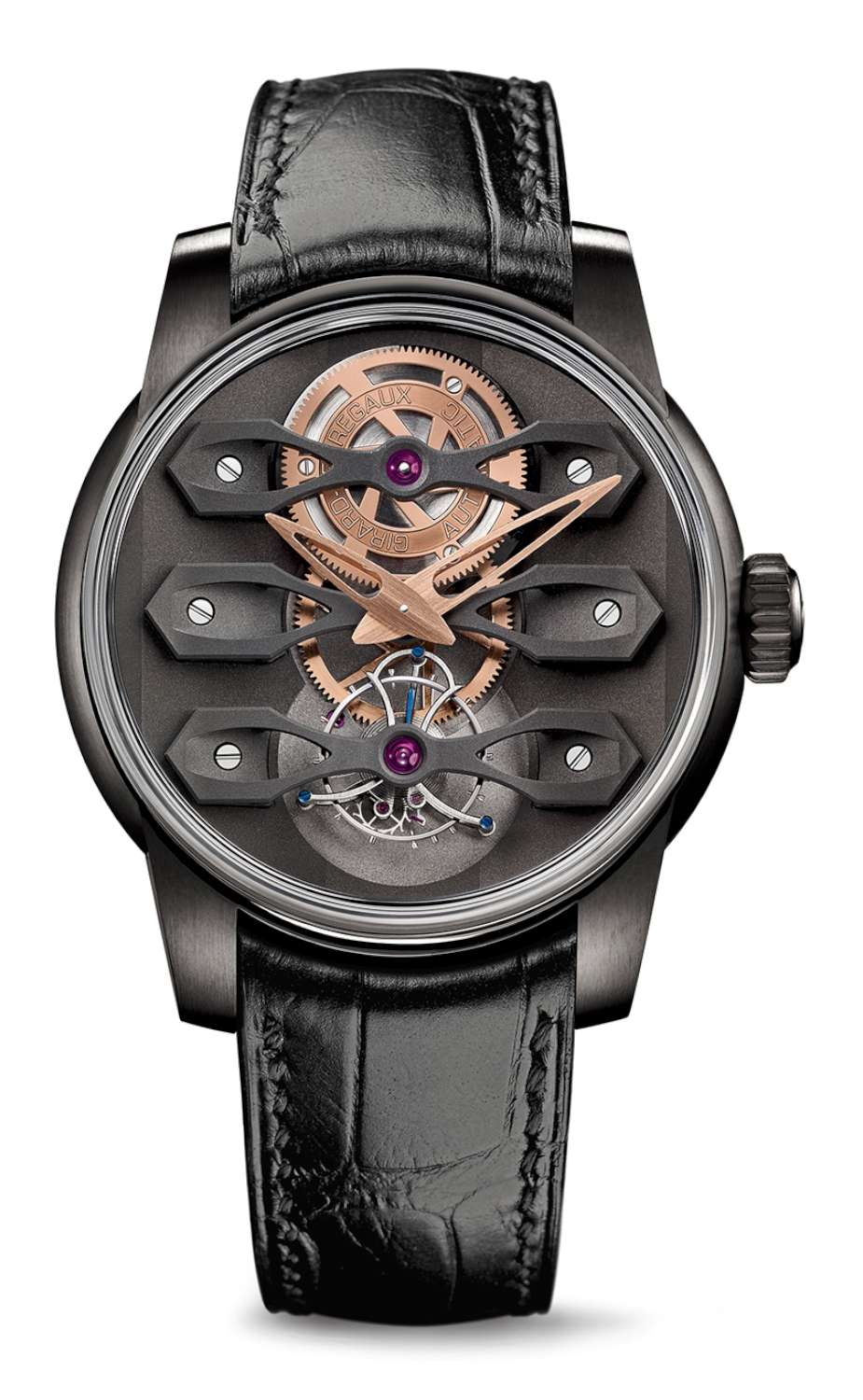 This year’s version of the Neo-Tourbillon by Girard-Perregaux is similar to the 2014 version with gold case, but the use of titanium with black DLC makes it even more modern in looks, a dark stage on which the lovely silvery tourbillon acts out its magic, apparently floating in mid-air. The curved bridges are a modern interpretation of the brand’s golden bridges with arrow-head extremities dating back to 1889; they are openworked in titanium and PVD-coated. 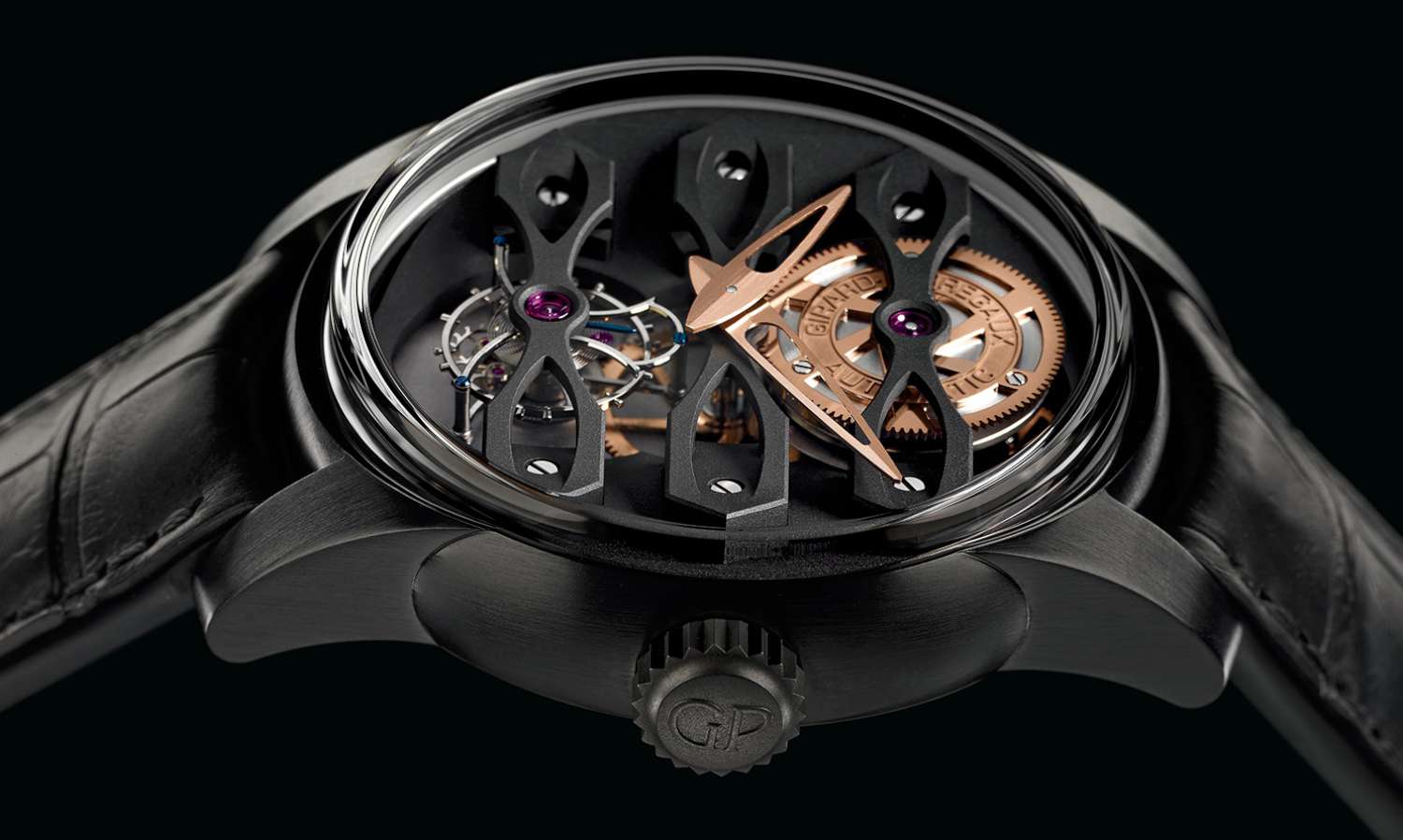 The mainplate has been redesigned, with a series of three shallow intersecting circular wells that increase the sense of depth. The plate rises towards its rim, where it meets the case, covered by a convex watchglass that rises directly from the case, with no bezel. Everything is designed to enhance visibility of the tourbillon, which has 80 components, is 14.44 mm in diameter yet weighs just 0.25 grams, a low mass achieved by the use of titanium for the tourbillon cage. The balance oscillates at 3 Hertz, with a power reserve of at least 60 hours made possible by a large barrel containing an extra long mainspring. The watch is automatic, but on the reverse side, there is no large oscillating weight obscuring the view. There is a platinum micro-rotor placed beneath the barrel itself. The movement is of course designed and built by Girard-Perregaux, calibre GP09400-0002, 245 components and 27 jewels. 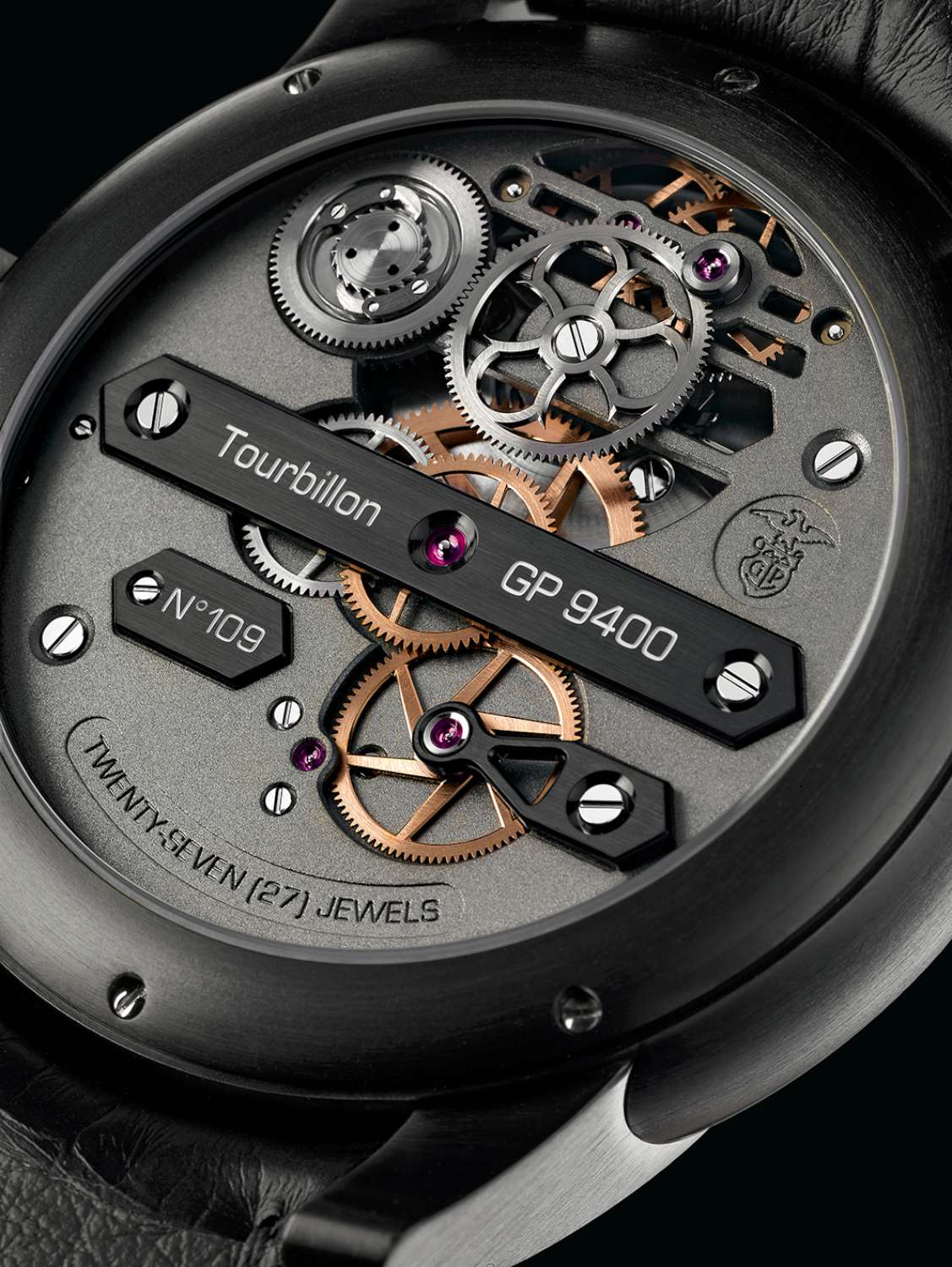 The watch has a lot of interesting design touches. The shapes of the dark titanium tourbillon cage are mirrored by the curious design of the barrel wheel (which replaces the normal ring of teeth on the barrel itself, the system used in most watches) on the back of the watch. The inner curves of the skeletonized hands harmonize with those of the three bridges. On the dial side of the plate, only one wheel is visible, with a spoke design that is mirrored by the other movement wheels visible on the reverse side. 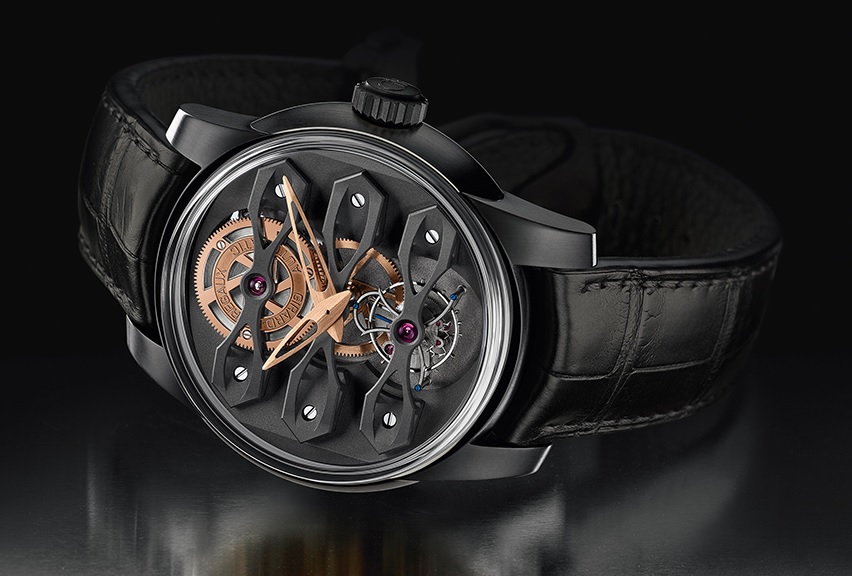