Stowa Flieger TO2, price €1,290 including IVA, for both versions with and without date 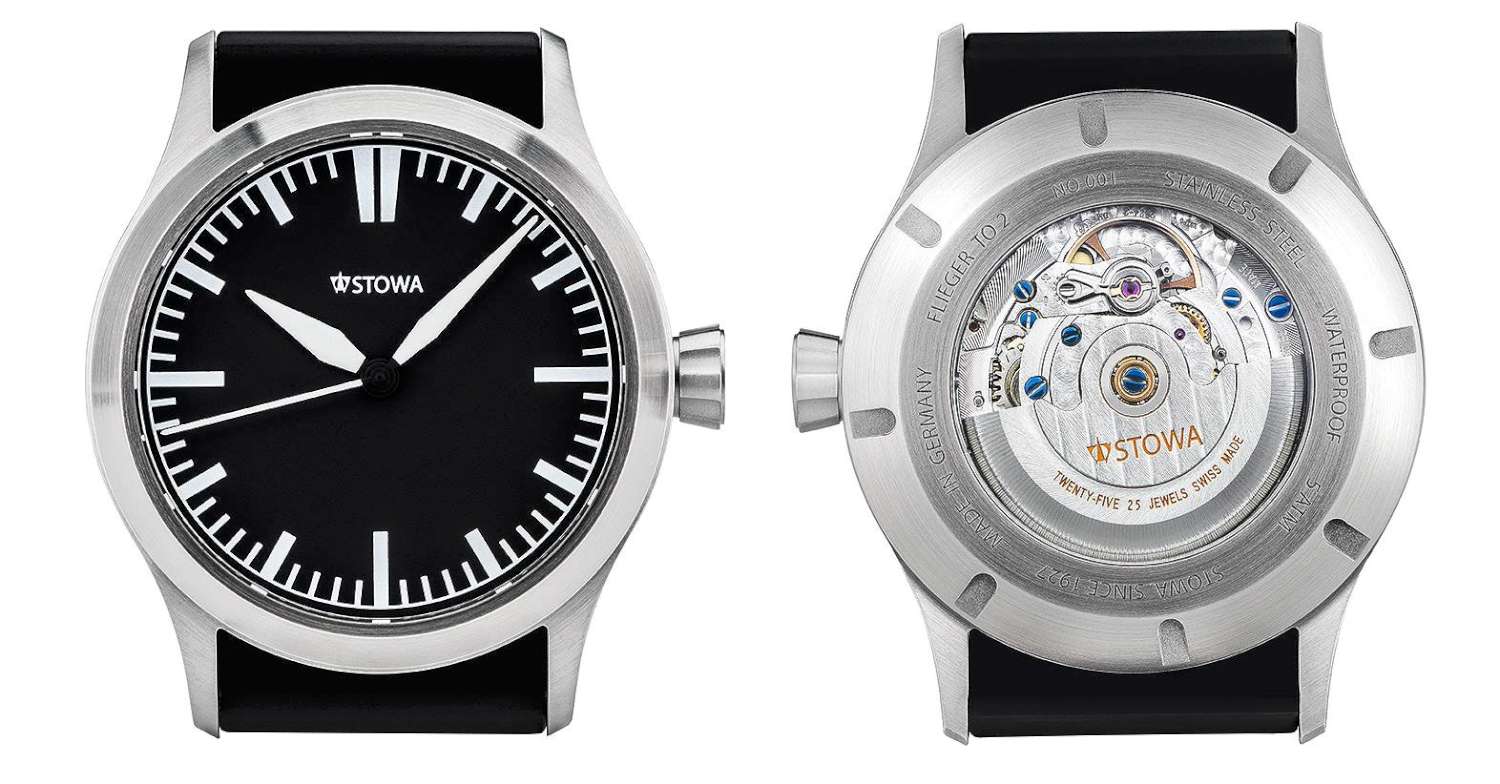 Stowa presented this three-hand watch, a modern variant of their classic pilot’s watch, at Baselworld 2015, and it became available in May 2015. While Stowa’s Flieger Classic is still available at prices starting from €860, the company has been presenting some more contemporary variants, with the Flieger TO1 Testaf in 2013, the Flieger GMT in 2014, and now the Flieger TO2, a watch with just hours, minutes and seconds indications, a simplified dial, and the possibility of ordering your watch with or without date window at 6 o’clock. 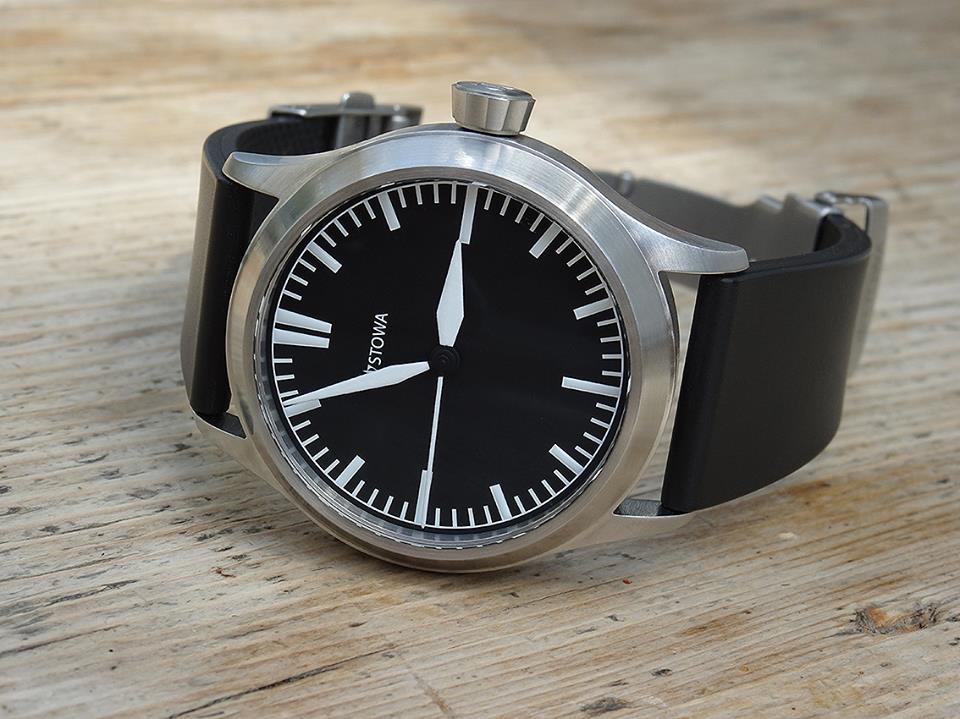 The case is in stainless steel, 43 mm in diameter, 12.3 mm thickness, with sapphire watchglass and caseback. Hands and hour indications are coated with SuperLuminova for night-time visibility. The movement is the self-winding ETA 2824-2, running at 28,800 vph (4 Hertz), 40 hours power reserve, in “Top” version, with fine finish comprising Côtes de Genève, blued screws, rhodium plating, and the Stowa logo engraved onto the oscillating weight. It has an excellent water-resistance rating of 12 bar, equivalent to 120 metres depth in water, making it a robust and versatile timepiece. 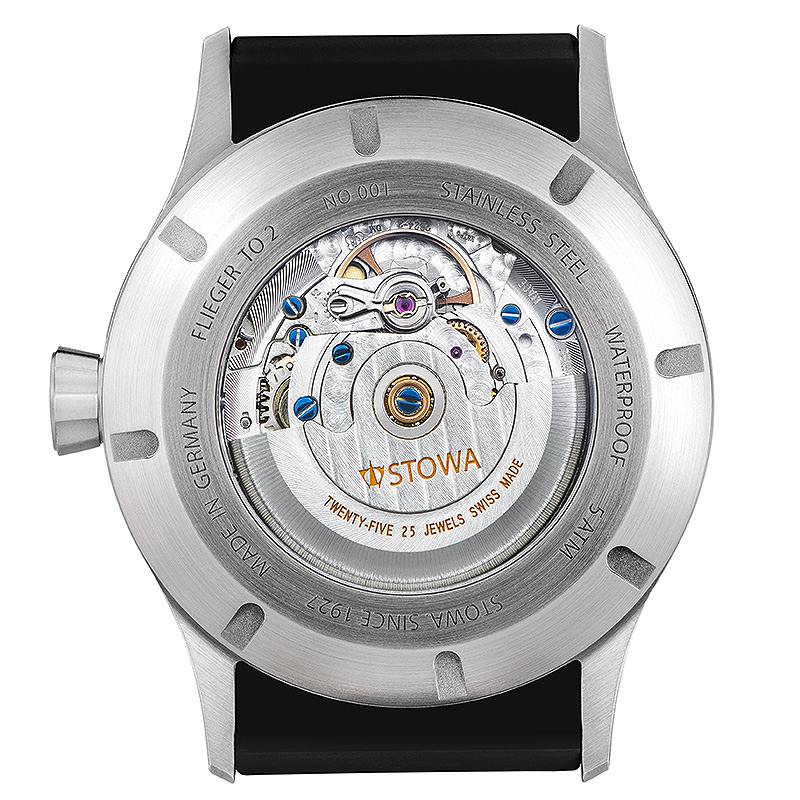 The price of the Stowa Flieger TO2 is €1,290 including IVA, for both the versions with and without date. 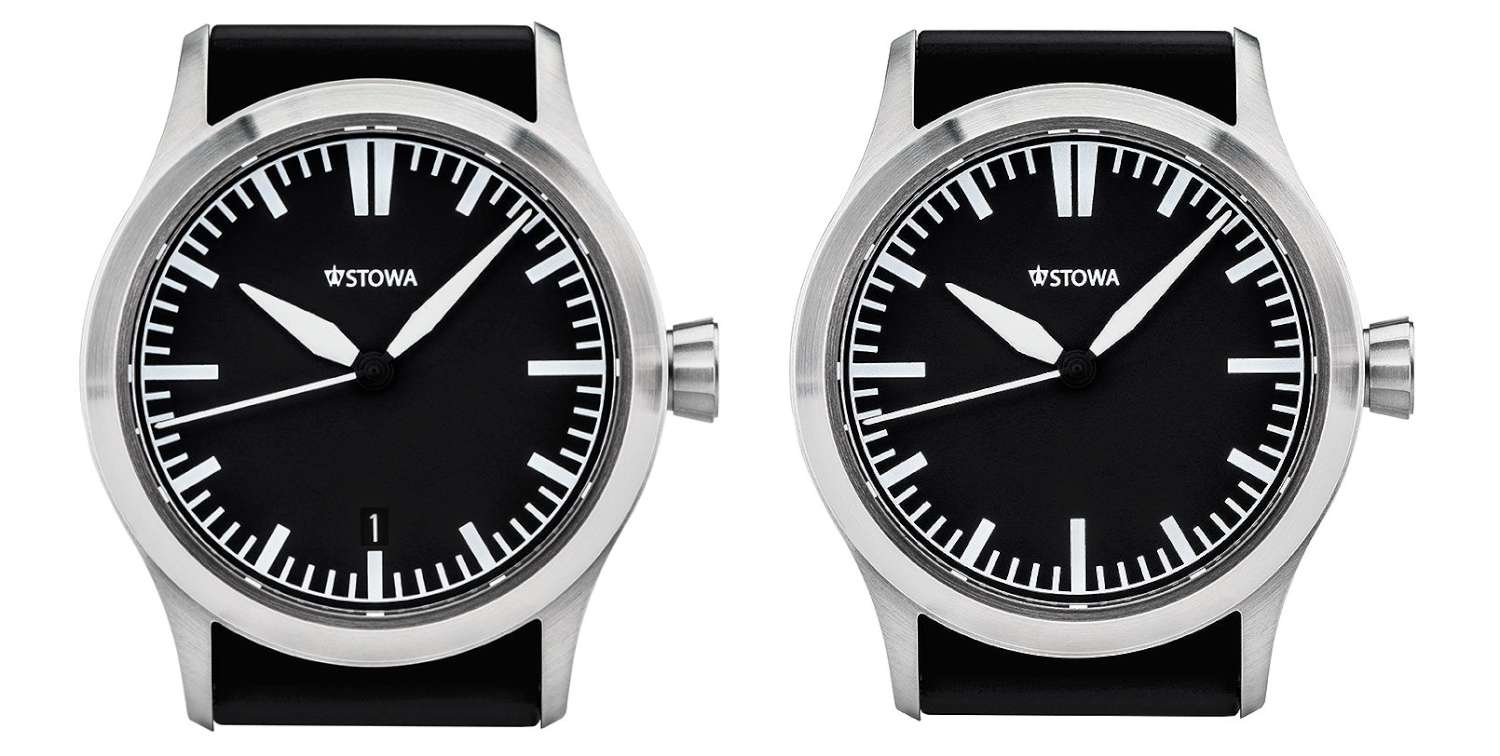 One thought on “Stowa Flieger TO2”