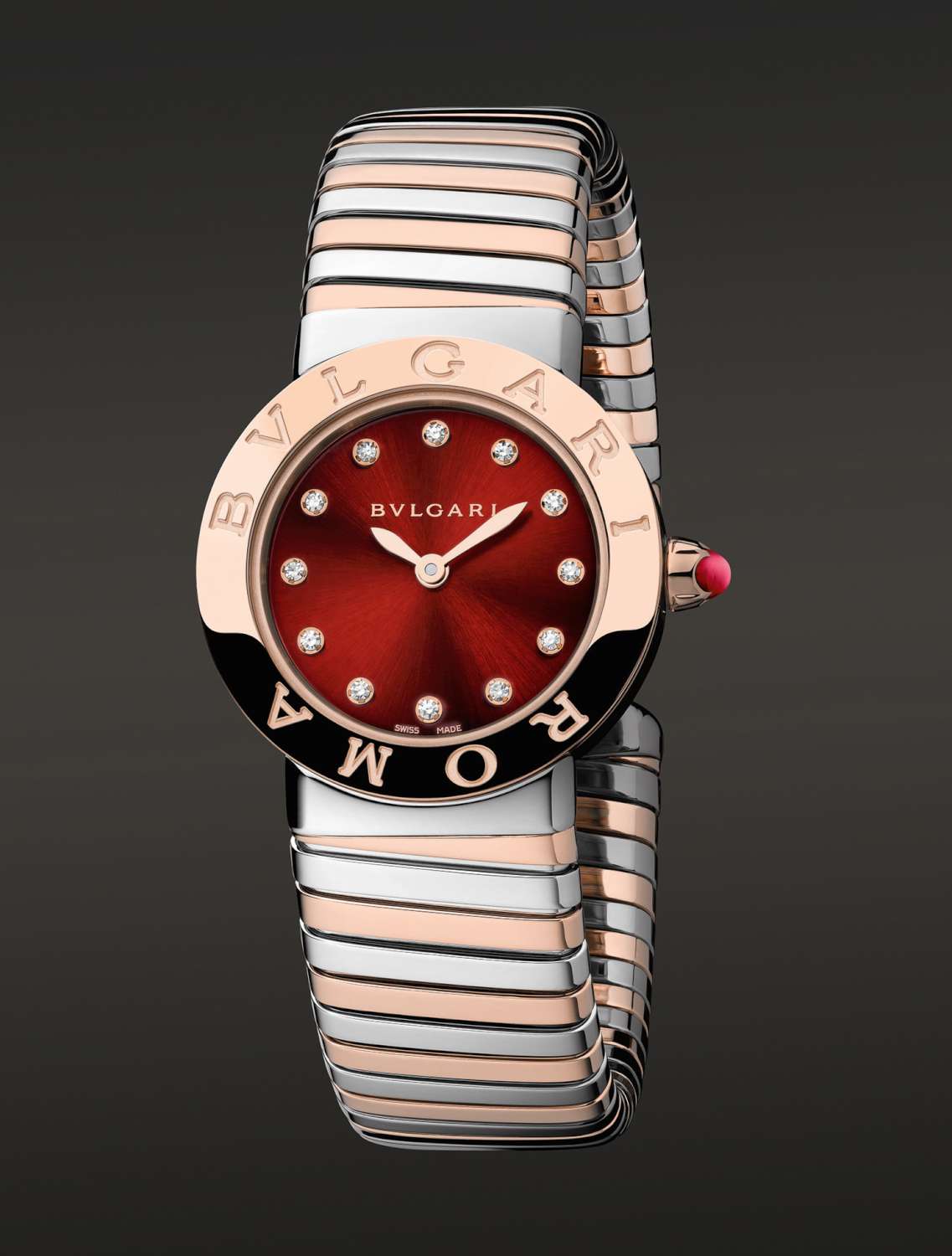 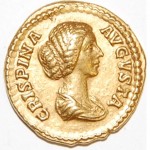 One of the watches by Bulgari celebrating the 40th anniversary of the Bulgari Roma watch – the original was intended purely as a free gift to Bulgari’s top 100 clients, and was a digital watch – Bulgari Roma Tubogas is another classic with reference to the modern world. Though Bulgari’s watchmaking is entirely Swiss in terms of production, the brand has a wholly Italian inventive spirit that led them to use, amongst their sources of design inspiration, Ancient Roman coins with the lettering around the edge, and more modern images such as flexible gas pipes, hence the name Tubogas. Bulgari had already used the Tubogas design in its bracelets, and so in 1980 it was easy to adapt it to create a flexible watch bracelet. In fact it is a process that takes a lot of artisanal skill: the flexibility comes from the thinness of the two ribbons of metal that are cleverly intertwined. 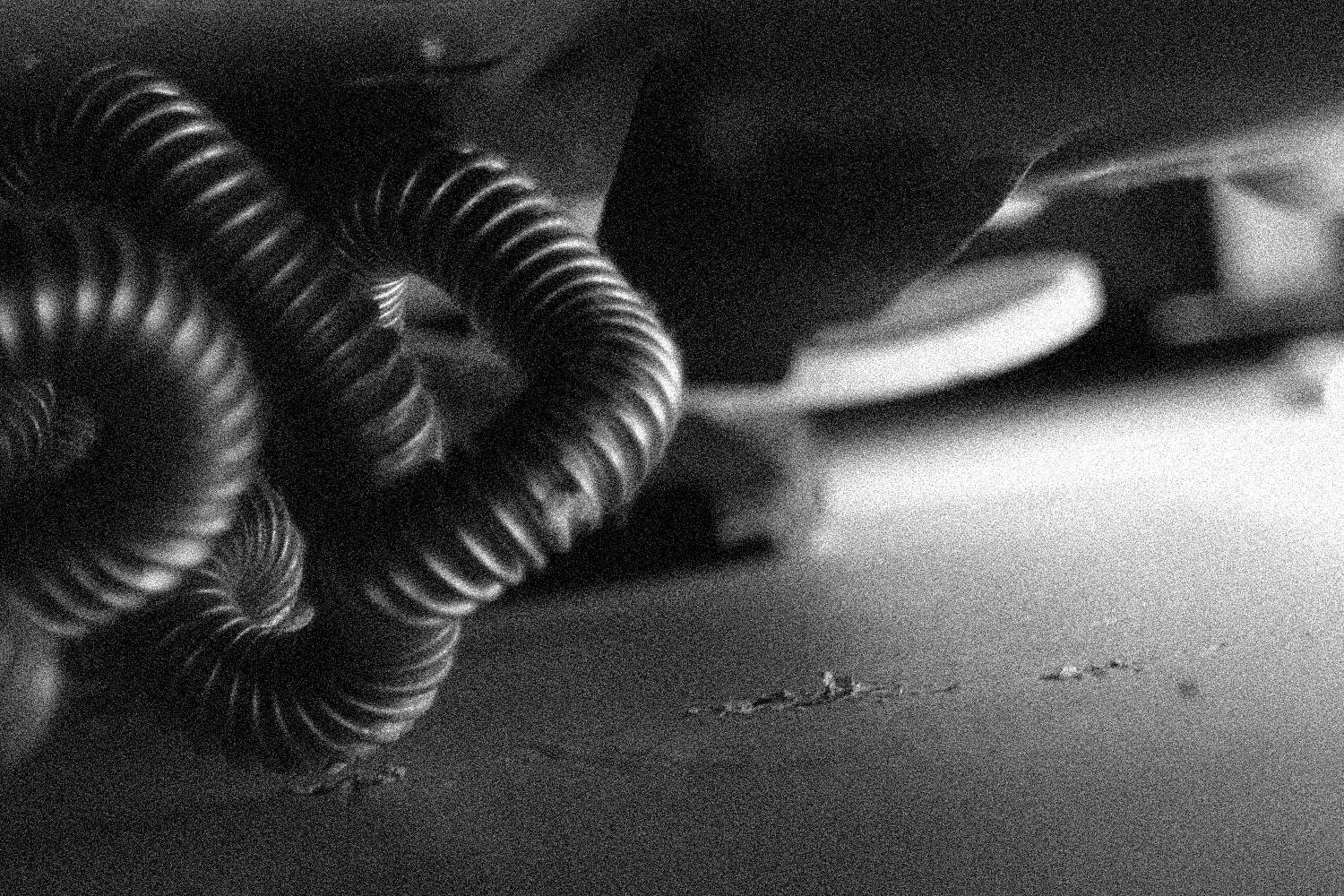 In the 2015 collection, the Bulgari Bulgari Tubogas watch for women has become the Bulgari Roma Tubogas, with flexible bracelet in pink gold and steel available in two sizes, small and medium. There is no clasp or buckle: the piece just slips onto the wrist like a bracelet. The case is 26 mm in diameter, with a reddish-brown sunray-finish dial featuring diamond hour-markers. The crown with a tourmaline cabochon is another Bulgari trademark, and the gladius sword-like hands are a distant reference to the ancient empire. Bulgari Roma Tubogas is a limited edition, with 1,975 pieces made, each numbered on the back. The watch has a B046 quartz movement. Reference Ref. 102456 – BBL262TC11SPG. 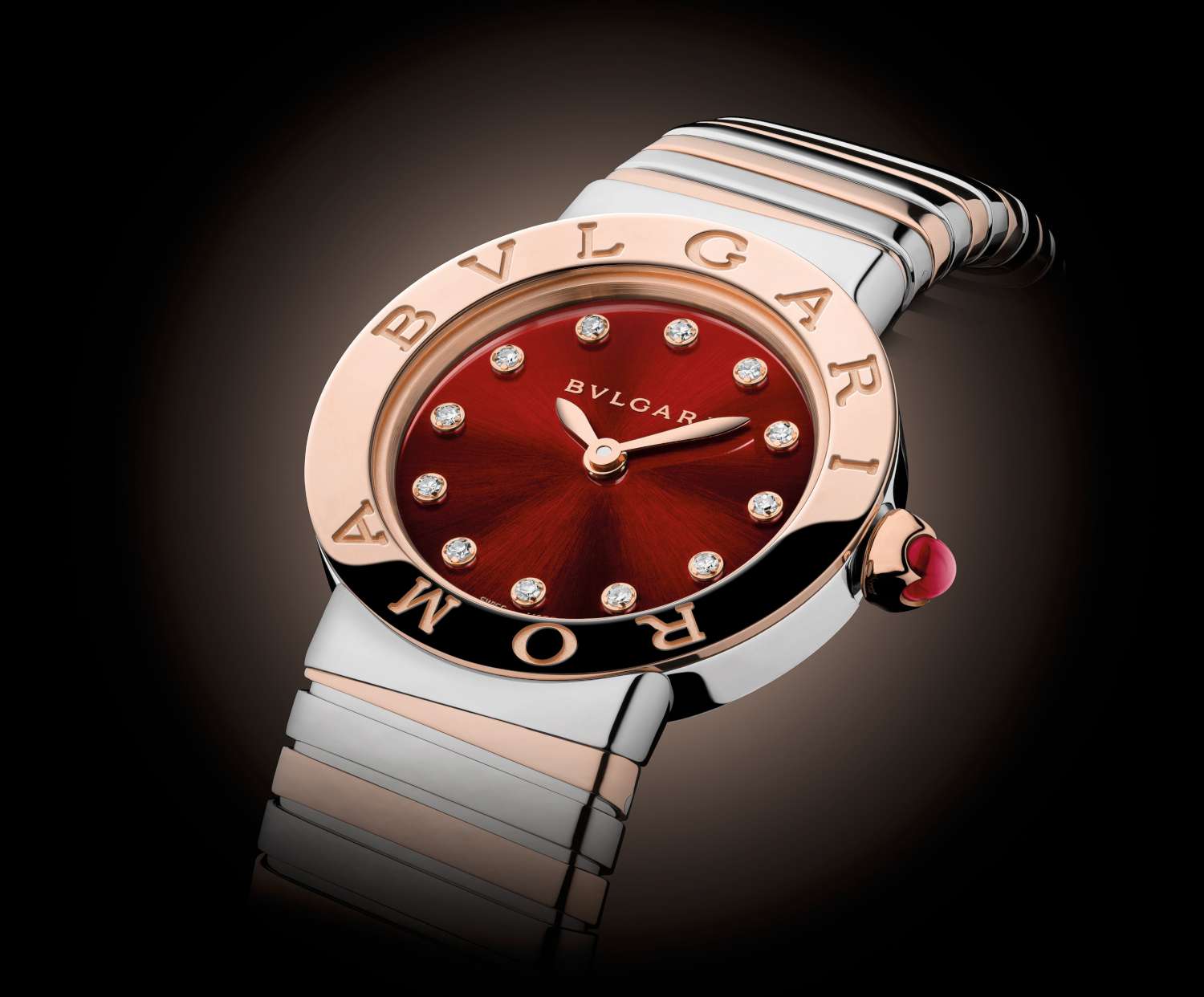