This detail from the trailer of Solace, starring Anthony Hopkins, Colin Farrell and Abbie Cornish, shows a watch that plays a significant though brief role in the plot: psychic doctor John Clancy, played by Hopkins, realizes that he is up against a serial killer with the same sort of paranormal talents when he finds, on the scene of the latest crime, a piece of card with “4:16” typed on it. He looks at the watch and sees that the killer knew exactly the time at which he and the police would arrive on the scene.
But the question is, what is the watch? It looks something like the very first 1931 Rolex Oyster Perpetual, with continuous seconds on a subdial at 6 o’clock, and the words “self-winding” arching over the top of the subdial. Does anyone know? Thank you! 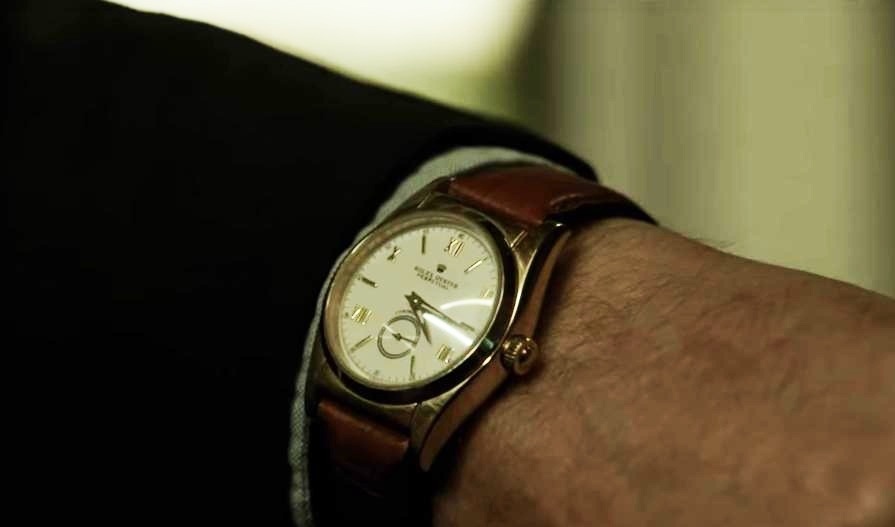 One thought on “The Rolex in Solace starring Anthony Hopkins”