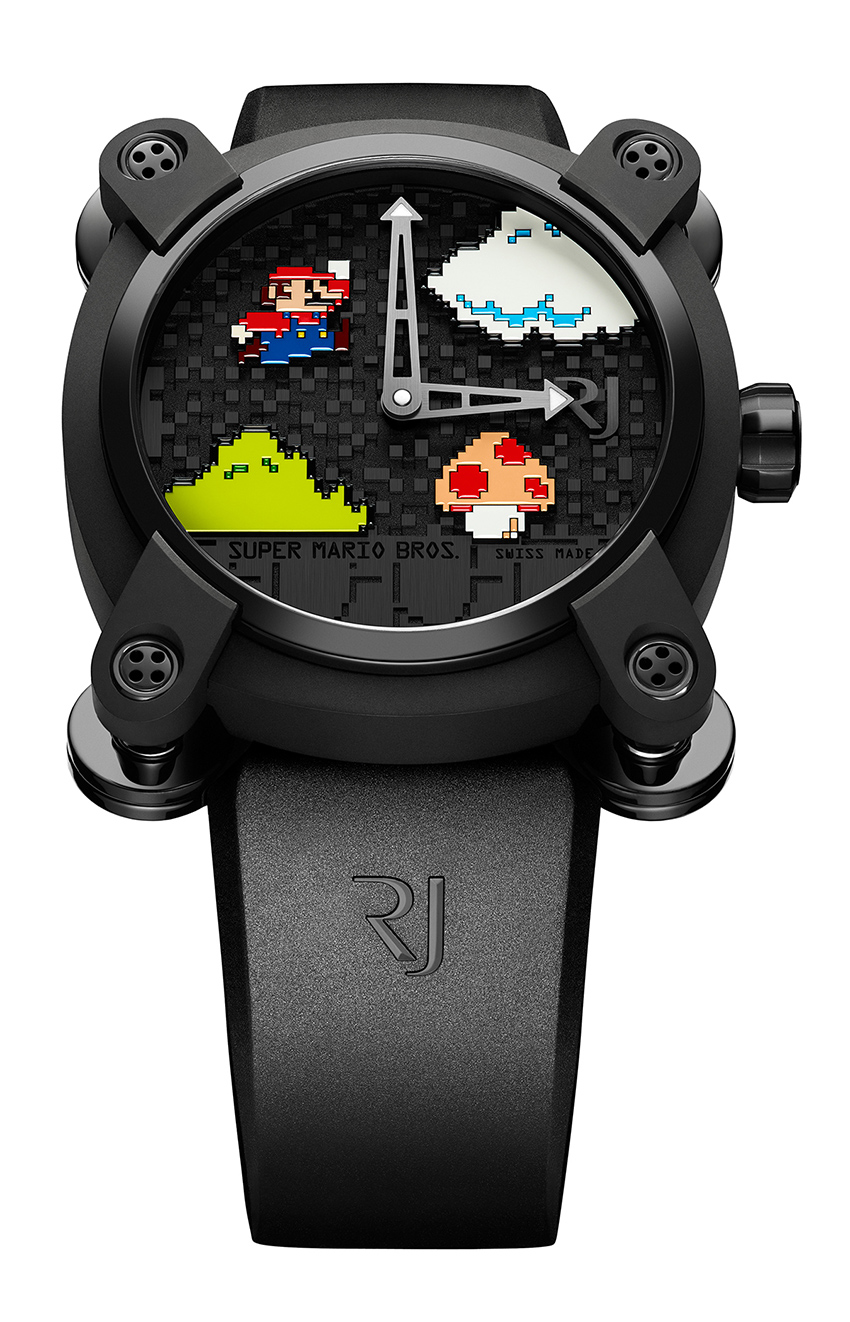 Nothing displays the passage of the years better than this tribute to an electronic game that looks so incredibly dated, with its 8-bit pixelated graphics. According to psychological studies, the use of nostalgia to sell products is most effective when the thing remembered was something that we were doing in late adolescence, so when we were about 20 years old. And so in a way this watch by Romain Jerome, released on the 30th anniversary of the game’s introduction in 1985, is aimed at nostalgics aged from 50 up. Romain Jerome are exceptionally skilled at finding inspirational icons and so there’s no doubt that the 85-piece limited edition of their Super Mario Bros. watch will sell out very quickly notwithstanding the price tag of 15,555 Swiss francs, €17,500, US$ 18,950.

The watch is in the 46 mm Moon Invader case made in titanium with black PVD coating. The lugs have integrated ball and socket joints for comfortable automatic adjustment of the large case to the curve of your wrist. The caseback is solid with a Super Mario Bros. medallion. The elements on the dial are depicted on multiple layers to provide a sense of depth, with the motifs hand-painted in enamel. The hands are luminous, with blue emission C1 SuperLuminova. The watch has a black rubber strap with folding clasp in black PVD-coated steel.

Inside the case is the RJ001 self-winding mechanical movement, running at 28,800 vph, power reserve 42 hours, with 23 jewels. Romain Jerome don’t make their own movements: the RJ001-A is probably a calibre made by Concepto, providing just hour and minute functions.