Alpina has presented the Startimer Pilot Chronograph Big date 201st Squadron Limited edition, a tribute to the Mexican Expeditionary Air Force’s 201st Squadron which fought in the Second World War and became familiar worldwide as the “Aztec Eagles.” In 1945, volunteer pilots between 20 and 22 years old travelled to the Pacific war zone, and on their return to Mexico City on 18 November 1945, the survivors were welcomed by half a million Mexicans. 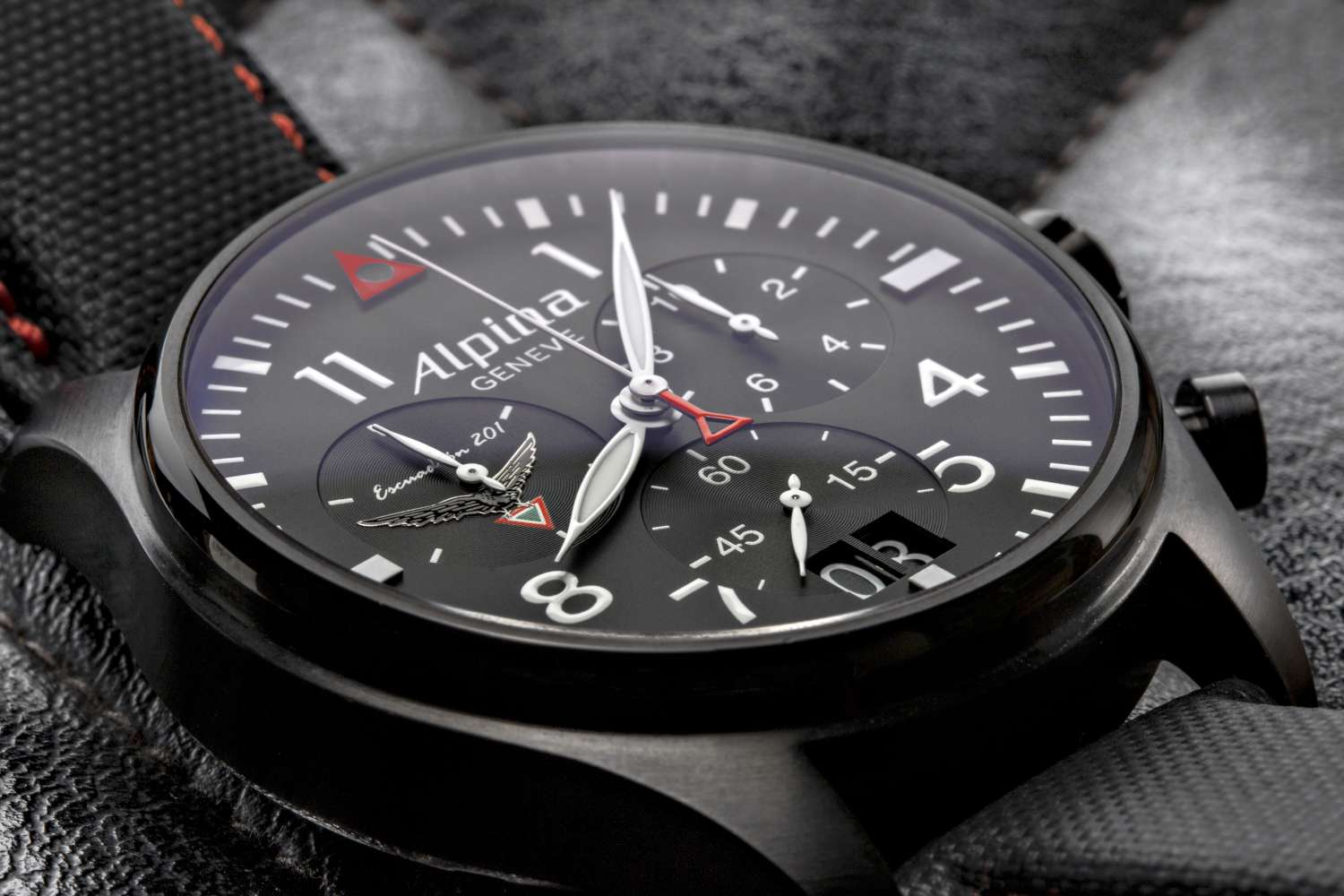 The watch includes the three-colour triangle that is the symbol of the Mexican Expeditionary Air Force, a perfect match for Alpina’s triangular logo. On the caseback, there is an engraving of the P-47 aircraft used during the fighting. The 44 mm case is in stainless steel, resistant to 100 metres depth; the dial has small seconds at 6 o’clock, chronograph minutes at 9 o’clock, a 10-chronograph-hour counter at 3 o’clock, and big date at 6 o’clock. Unfortunately the functional aspects of this watch have been sacrificed in favour of its commemorative significance: the chronograph minutes subdial has no scale, just the eagle holding the tricolour triangle. It is powered by a quartz movement. 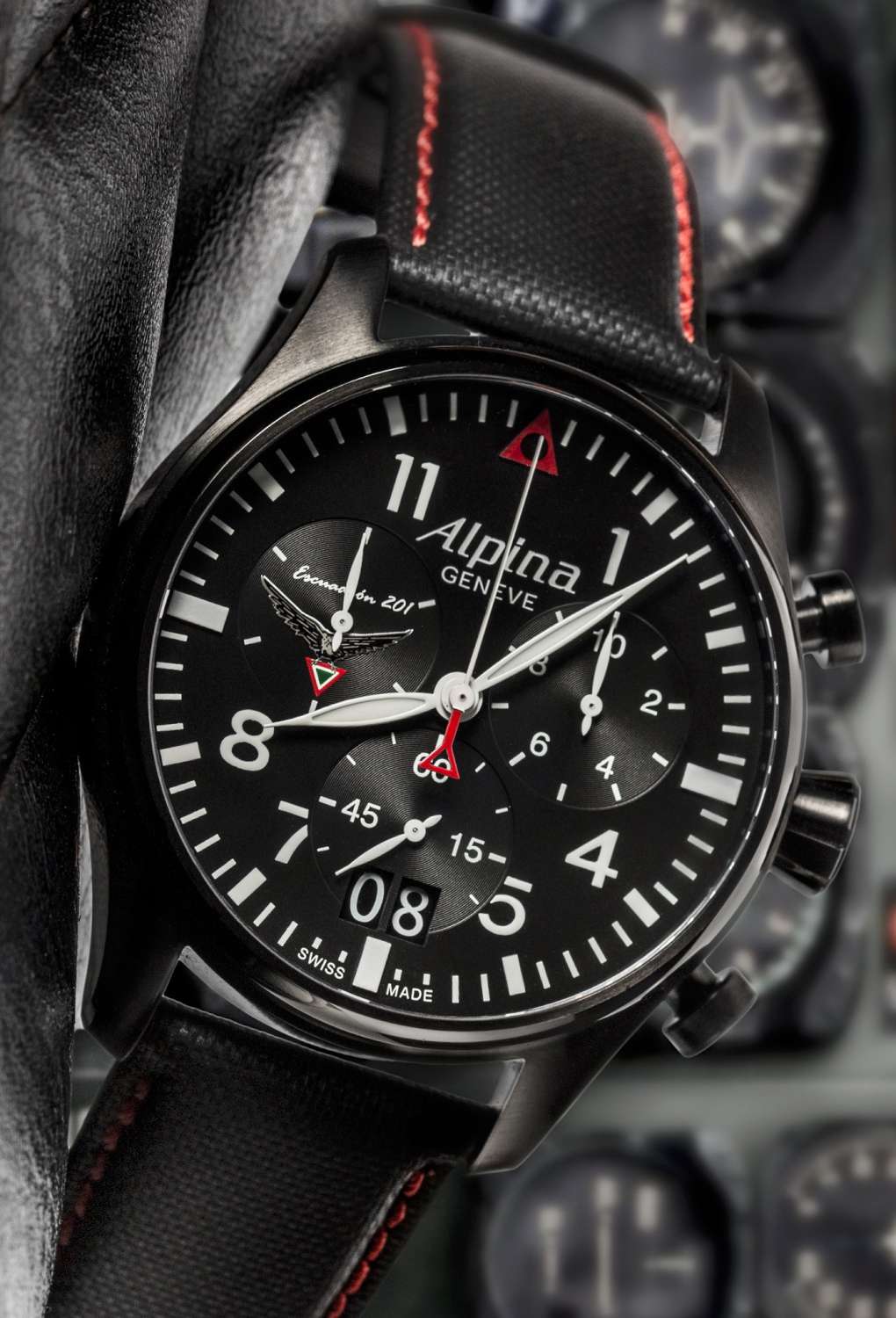 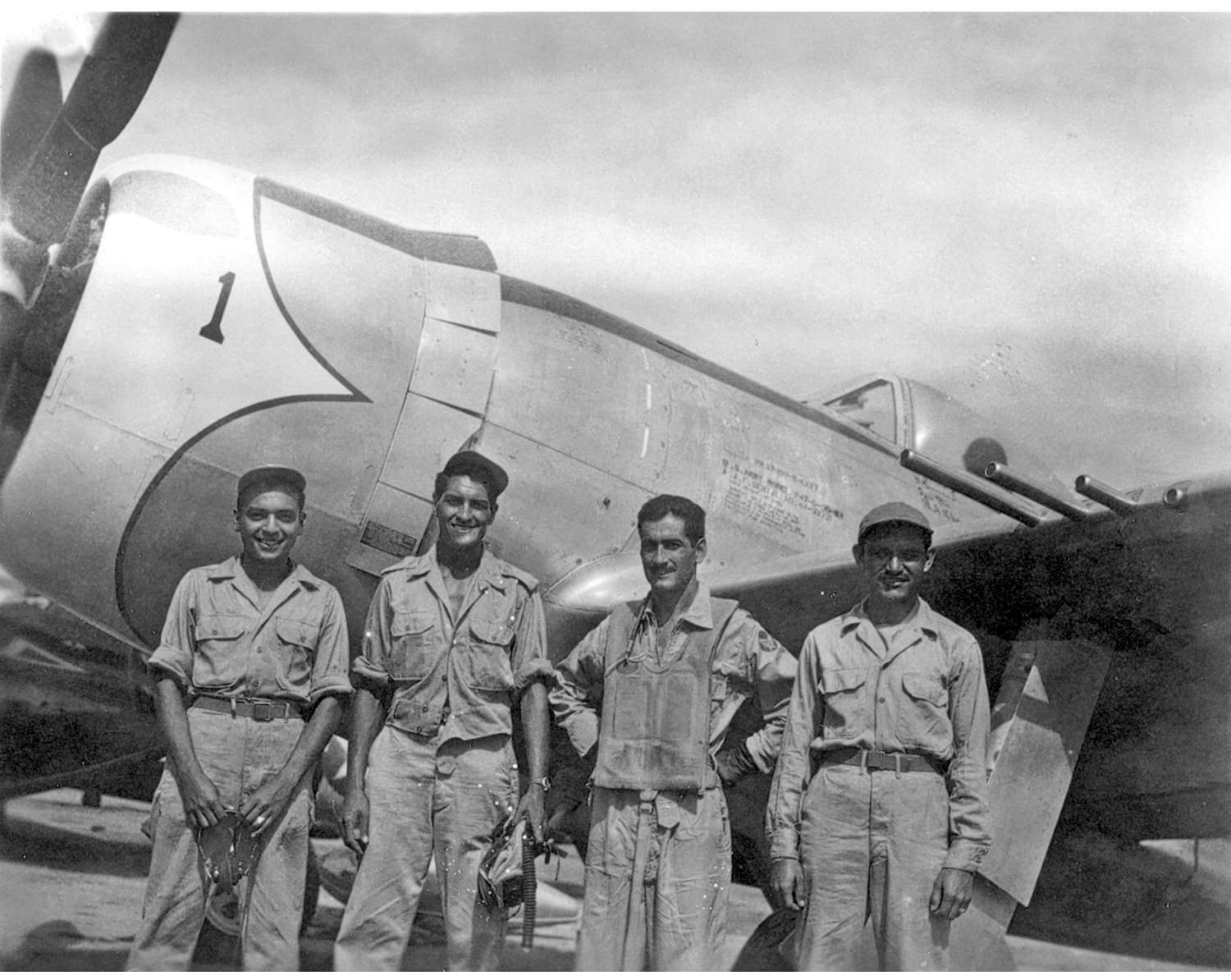