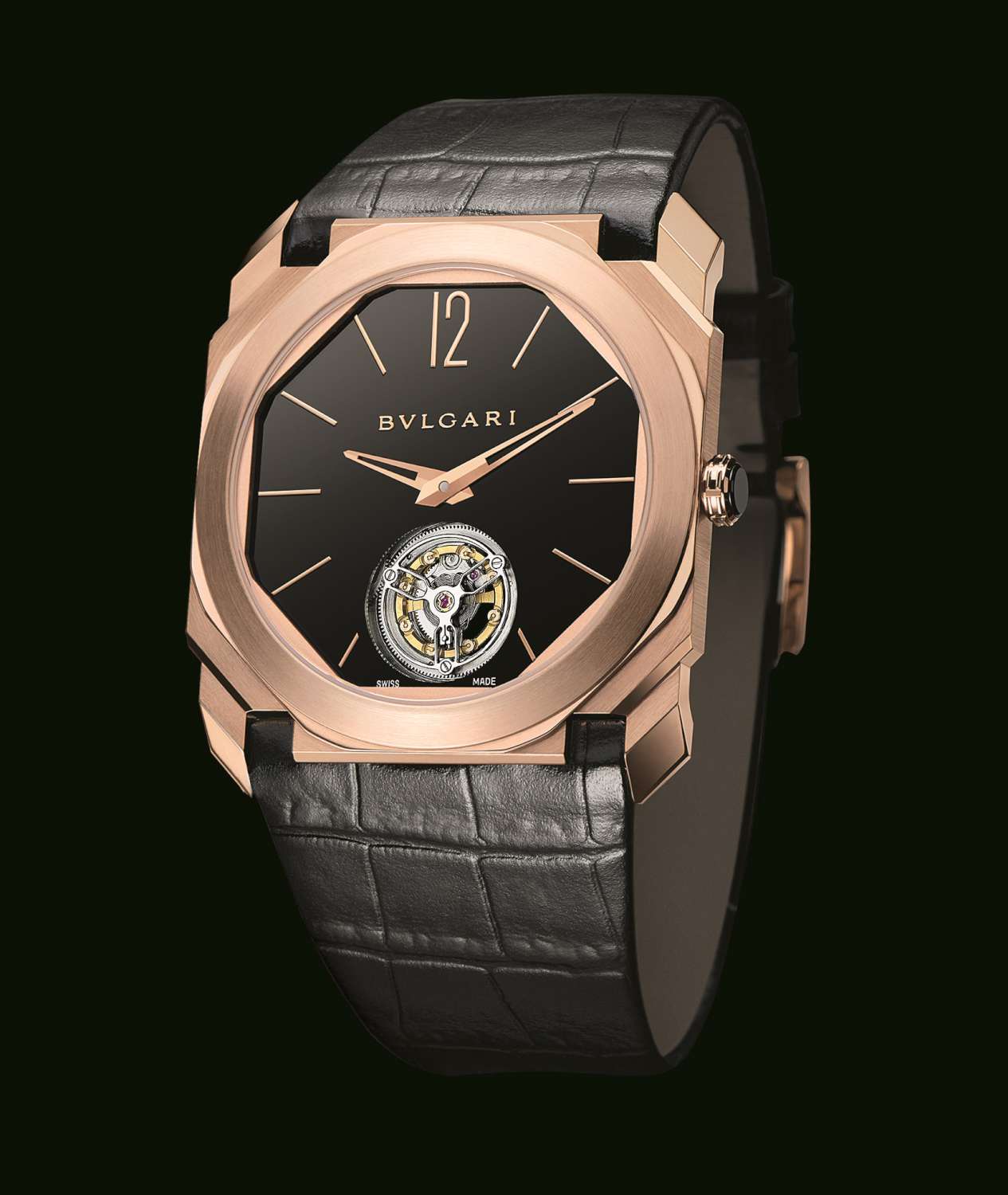 The Octo family by Bulgari was launched in 2012 and it is becoming a central pillar of the brand’s watch collection. Many new models were presented in 2015, all based on the slim case architecture that reached a high point last year with the presentation of the world’s thinnest tourbillon. The case was designed (and named) by Gérald Genta in the late 1960s and it quickly became a classic, with many variants produced by his eponymous company. Bulgari purchased the Gérald Genta brand in 1999 and now there is no trace of the designer’s name on the watch, but his remarkable heritage lives on in this series, just as for others of his designs that have proved to have incredible staying power, such as the Royal Oak for Audemars Piguet, Constellation for Omega, Golden Ellipse and Nautilus for Patek Philippe, Ingenieur for IWC, and Pasha de Cartier.

The 40-mm case of this Octo has 110 facets, enclosing the in-house BVL 268 Finissimo Tourbillon, a movement just 1.95 mm thick and still the world’s thinnest tourbillon movement. It is hand-wound with a 52-hour power reserve. The movement can be seen through the transparent sapphire caseback. 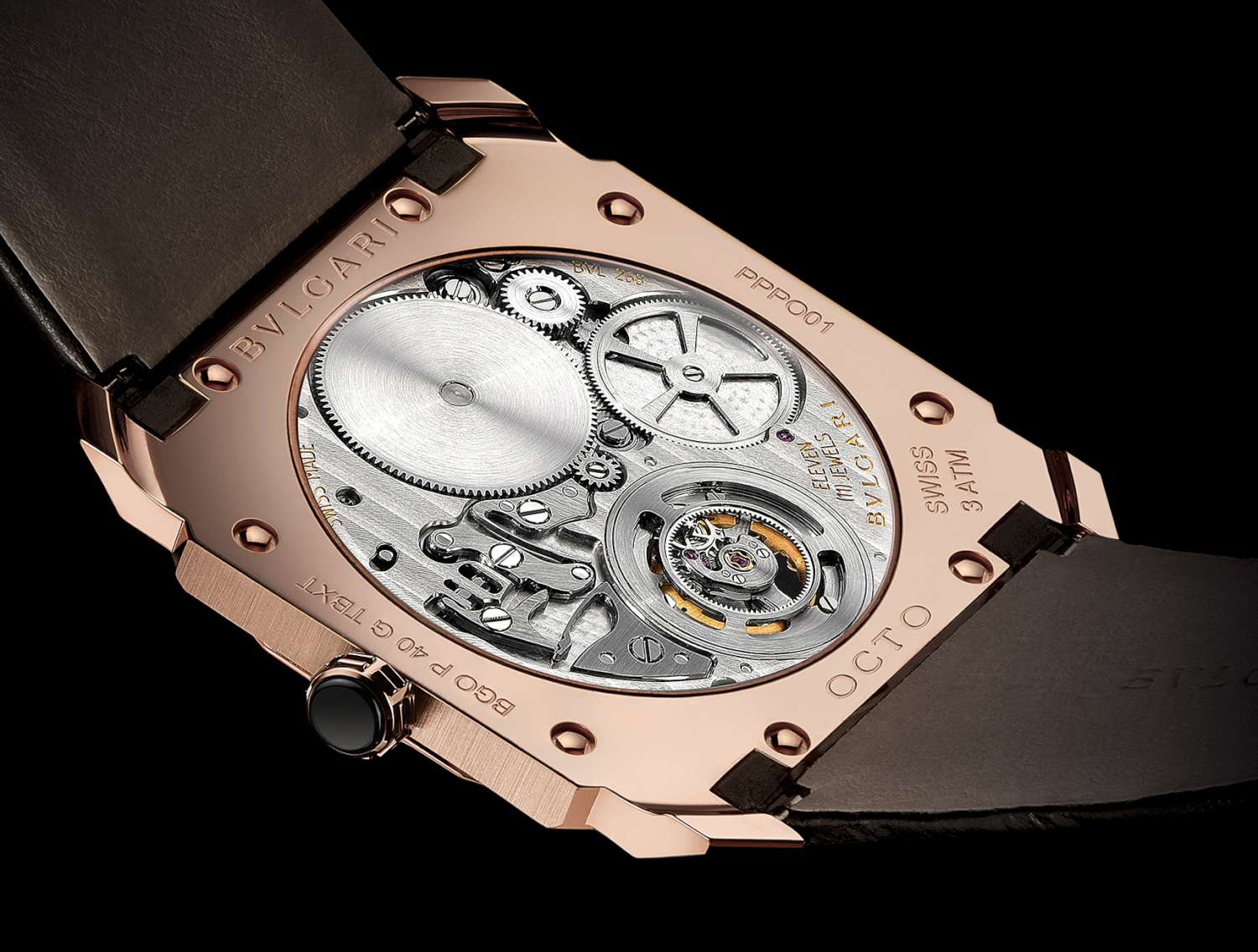 There are three new variants of the Bulgari Octo Finissimo Tourbillon: 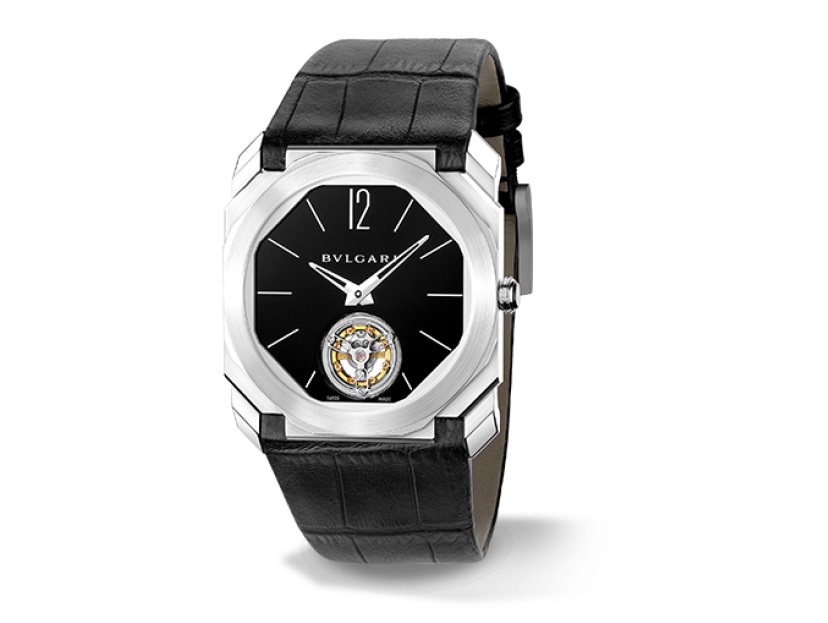 – diamond-set version. This piece is technically different to the other two, with a white gold case 41 mm in diameter, enclosing the automatic BVL 263 movement providing 64 hours power reserve. The case is set with 262 baguette-cut diamonds, the crown is set with 8 baguette-cut and one brilliant cut diamonds, the dial has 178 baguette-cut diamonds. The watch has an alligator strap with a white gold buckle set with 35 diamonds. Total number of diamonds 484, carat weight 19.57. Reference 102268 (full reference 102268 BGOW41D2GD2LTB), price about €674,000 ($734,000) 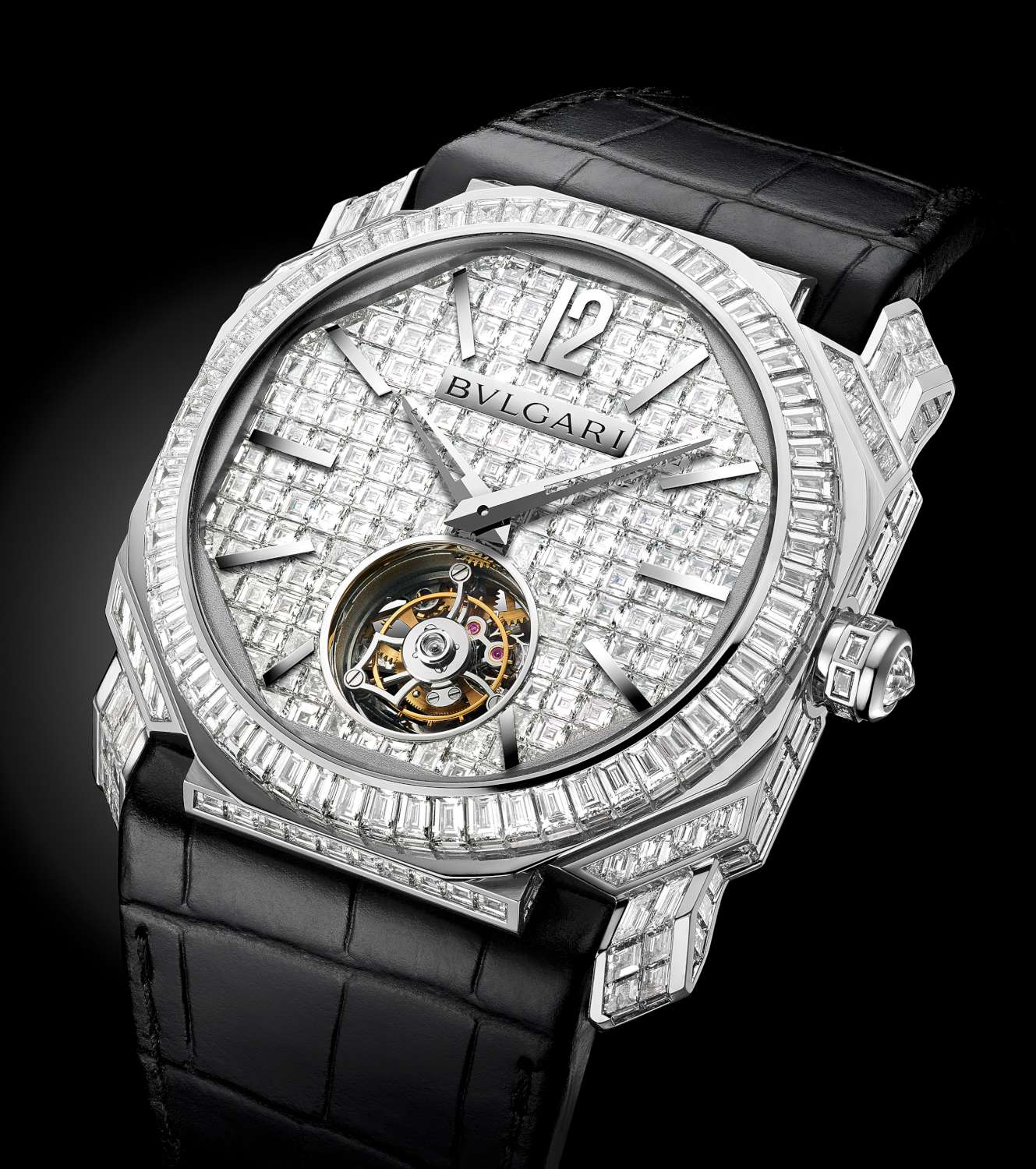