Sotirios Boulgaris was born in 1857 in the village named Kalarites in the Epirus mountains in Greece, the son of Bulgarian immigrants. The area has a long tradition of jewellery-making in silver and he began his career as a jeweller in the village of Paramythia where had grown up. But he realized that to be able to sell quality jewellery, he had to find the right sort of customers, and so in 1877 he began to look for places visited by people travelling around Europe on the high society Grand Tour. He first moved to Corfu where the Hapsburg court wintered, and then to Naples and finally to Rome. Here he set up his first store in 1881, founded his company in 1884 and added a second store in Via Sistina. The Via Condotti flagship opened in 1905 and is still operating today. Sotirios was helped by his two sons, Costantino (1889–1973) and Giorgio (1890–1966). 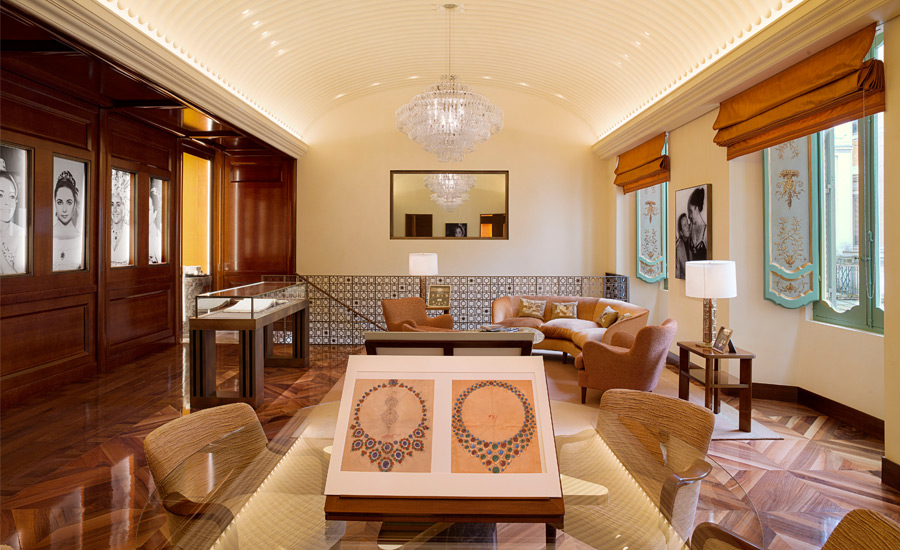 The Bulgari boutique in Rome, Via Condotti 10 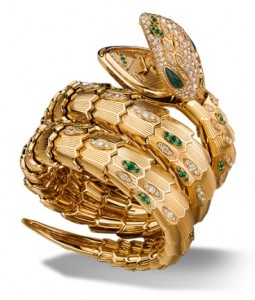 A modern version of the original 1940s Serpenti watch, photo courtesy of Bulgari

Sotirios’ vision in jewellery was based on the modernity that he saw in Ancient Roman architecture. In years in which jewellery was often just an accumulation of precious stones and decorative floral motifs, he reduced everything to simple, elemental lines. Much later, Andy Warhol said, “When I am in Rome, I always visit Bulgari, because it is the most significant modern art museum in the world.” Sotirios died in 1932, and Giorgio took over, introducing the first timepiece in the 1940s, a Serpenti watch with a body that wound several times around the wrist with the watch face in the snake’s mouth. Giorgio died in 1966, and leadership passed to Giorgio’s son Gianni along with his cousin Marina. Gianni brought the brand to international status in the 1970s, opening stores in major capitals worldwide. Towards the end of the decade he launched the brand’s watch division, and the subsidiary Bulgari Haute Horlogerie SA was founded in Neuchâtel, Switzerland, in 1980. 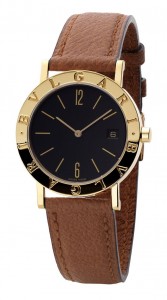 The first important Bulgari watch was perhaps Bulgari Roma, a curious design combining a gold case with a LED display – then the height of technological innovation – in a piece made in 1975 in a series of 100 as a gift for their top clients. Soon after, Bulgari asked Swiss watch designer Gérald Genta to rethink the design, and he developed the most significant feature of Bulgari Roma – the wide bezel with the brand name in capital letters – into Bulgari Bulgari, introduced with an automatic movement in 1977. It was the first time that a watch had so brazenly introduced the “branding” concept. Another significant piece launched in the 1970s was Tubogas, based on the Serpenti spiral bracelet concept.

Management changed in 1985, when Gianni resigned as CEO and sold his one-third stake in the company to his brothers Nicola and Paolo, who became respectively Vice-Chairman and Chairman, while Francesco Trapani was appointed as CEO. Trapani continued the company’s diversification into other areas of luxury such as perfumery. Initially, all of Bulgari’s watch movements were purchased from third-party suppliers, above all Girard-Perregaux in a collaboration that began in 1989 and generated many important complication watches. Bulgari began to implement a vertical integration policy from the 1990s, and it purchased the brands Daniel Roth and Gerald Genta in 2000. This was followed by acquisition of manufacturers of bracelets and dials. In 2006, the Assioma Multi Complication combining tourbillon, perpetual calendar and second time zone, with its BVL 416 calibre made entirely in-house, showed that the brand was capable of engineering whatever it wanted.

In 2011 the Bulgari family exchanged their controlling share of Bulgari in return for a 3% share of LVMH, in a deal worth €4.3 billion. Bulgari Haute Horlogerie SA currently employs about 500 people, and watches represent about 29% of the brand’s total sales (just over €1 billion in 2006). 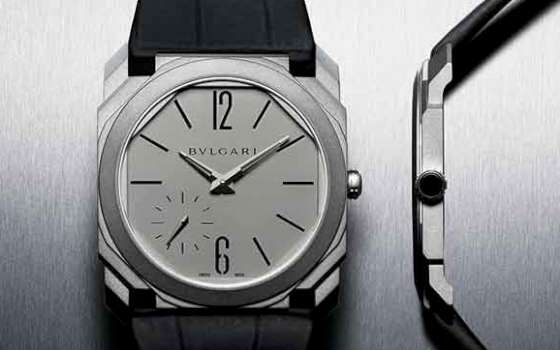 One thought on “Bulgari”