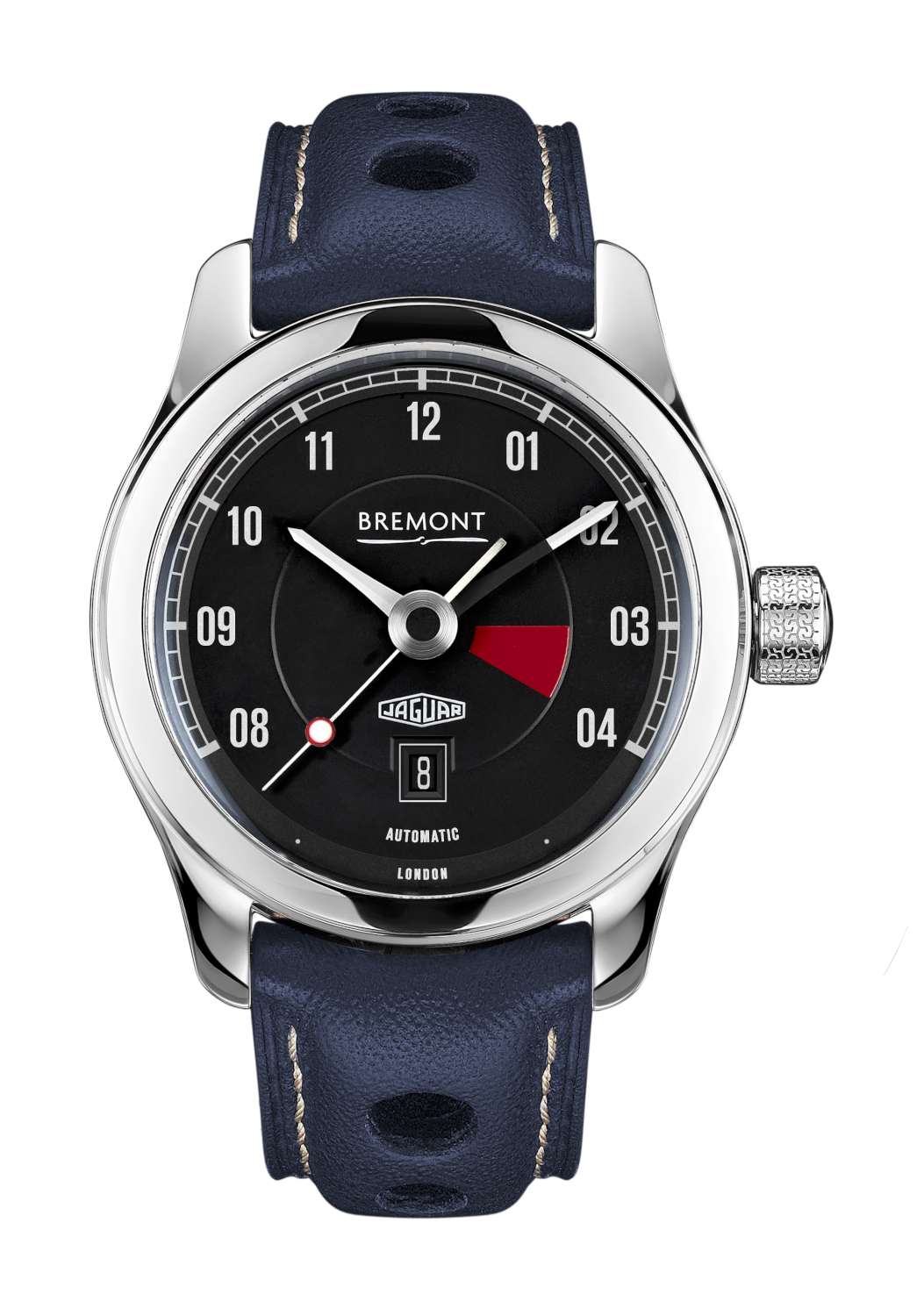 This watch, like its predecessors the Bremont Jaguar MKII and MKI presented earlier this year, is a hymn to the E-Type Jag. I imagine that a watch brand has to consider this sort of operation carefully, because the timepiece inevitably expresses more of the identity of the car than the watch brand itself (other similar examples include pieces by Chopard and Frédérique Constant) and so it dilutes the watch’s brand’s own identity. But it taps into the market of car enthusiasts who like the idea of wearing the original Jag’s visual identity. Giles English, co-founder of Bremont, said “We’ve had such a phenomenal response to the Jaguar watches that it seemed fitting to add an entry price point timepiece into the range. The MKIII is very much a continuation of the existing models and in the slightly slimmer case it adds more of a dress watch feel.”

The Bremont Jaguar MKIII is a three-hand watch with a date window at 6 o’clock, and its dial design is based on the rev-counter mounted on the dashboard of the E-Type Jaguar, with the same red sector towards the right, and the hour indications that mirror the arrangement of the car’s instrument. The solid caseback continues the Jaguar theme with details recalling the wheel hub; the crown has a texture based on a Dunlop tyre tread. 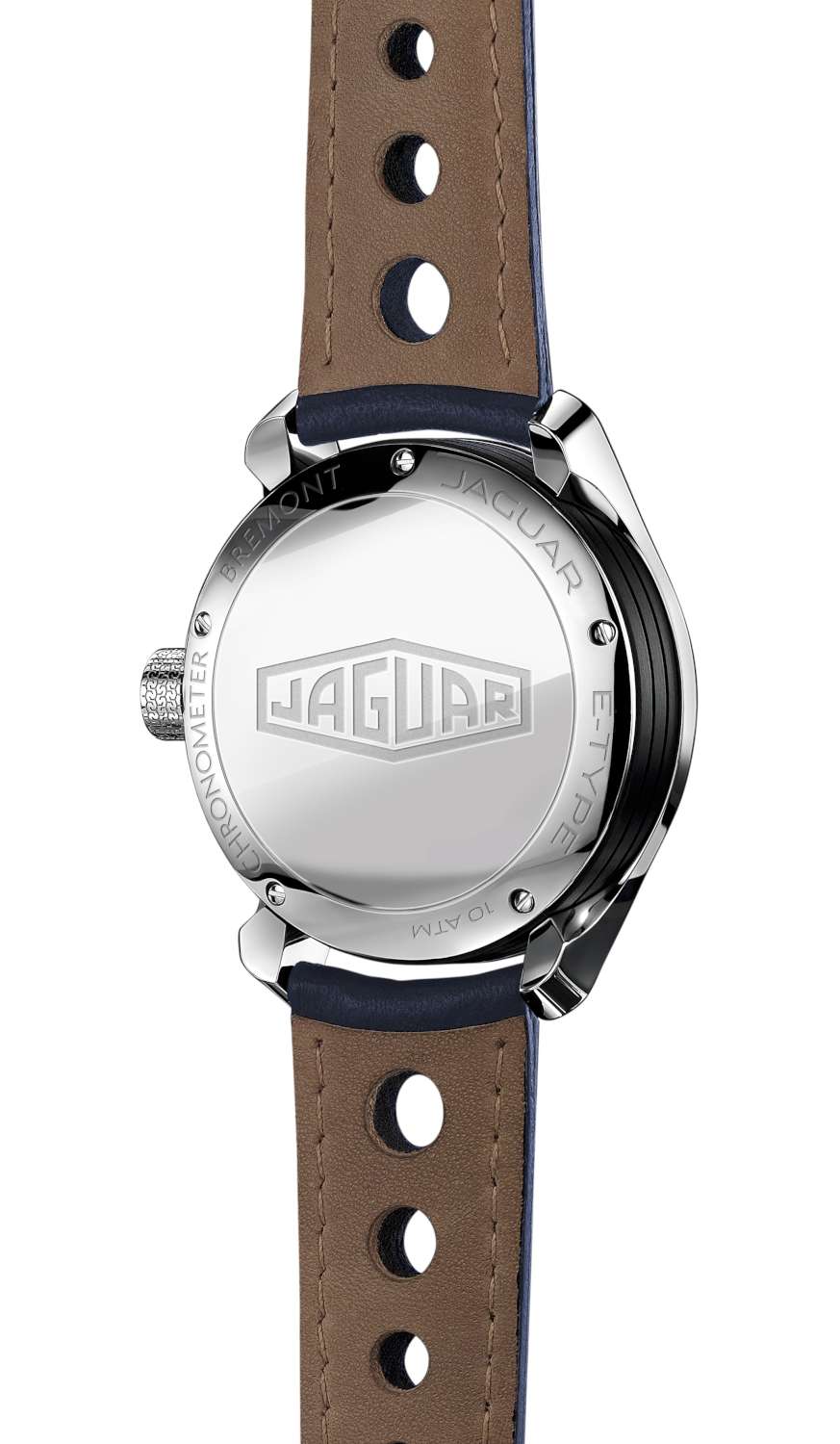 The 43 mm case, thickness 13.85 mm, is made in the UK by Bremont, using a steel-hardening treatment that guarantees a hardness far greater than that of most steel watches. The caseband has a scratch-resistant DLC treatment, and the case is water-resistance rated at 100 metres depth. As with MKI and MKII, this piece is supplied with a perforated calfskin leather racing strap in 1960s style, along with another strap in alligator leather.

The watch was designed by Bremont in cooperation with Jaguar. Ian Callum, Jaguar’s Director of Design, said, “Like the Bremont watch we designed to complement the Special GT, or ‘Lightweight’ E-Type continuation cars, the Bremont Jaguar collection had to capture the spirit of what is undoubtedly one of the most iconic sports cars of all time in a subtle and intelligent way.”

The Bremont Jaguar MKIII is powered by the BE-36AE automatic chronometer movement, with 25 jewels, running at 28,800 vph (4 Hertz), with a 38-hour power reserve. It has COSC certification which guarantees a precision of +/-4 secs per day.

The Jaguar E-Type was created by former aircraft designer Malcolm Sayer and it was first presented during the Geneva Salon on March 15, 1961. At that time it was the fastest production car in the world, and as such it caused a sensation at the car show, with 500 orders placed immediately. Its original 3.8 litre gave it a top speed of 150 mph, and its price of just over £2,000 was less than half that of a comparable Ferrari. Later models were even more powerful, with 4.2 and 5.3-litre engines. Over the course of 14 years, over 72,000 E-Type Jags were built. 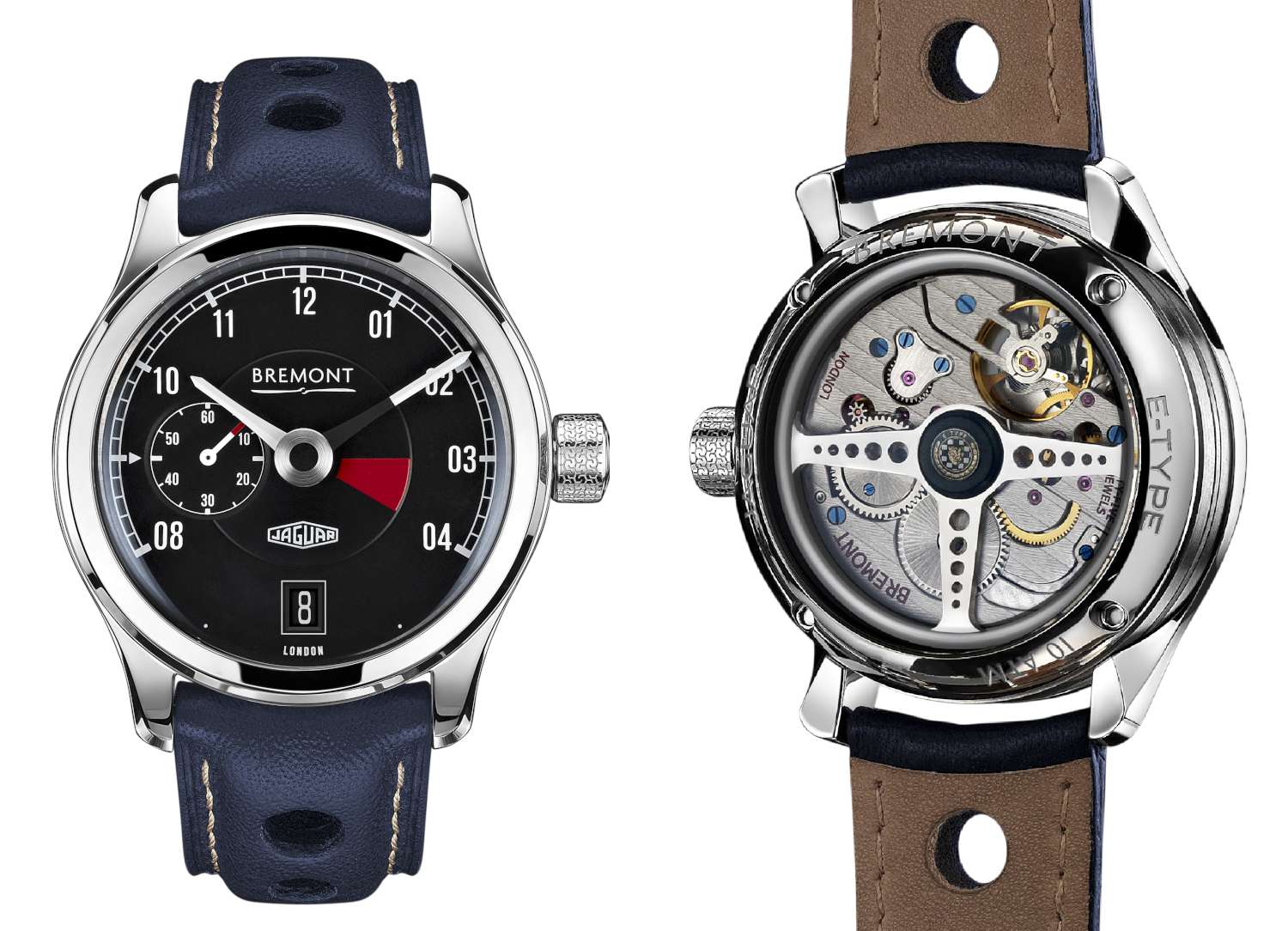 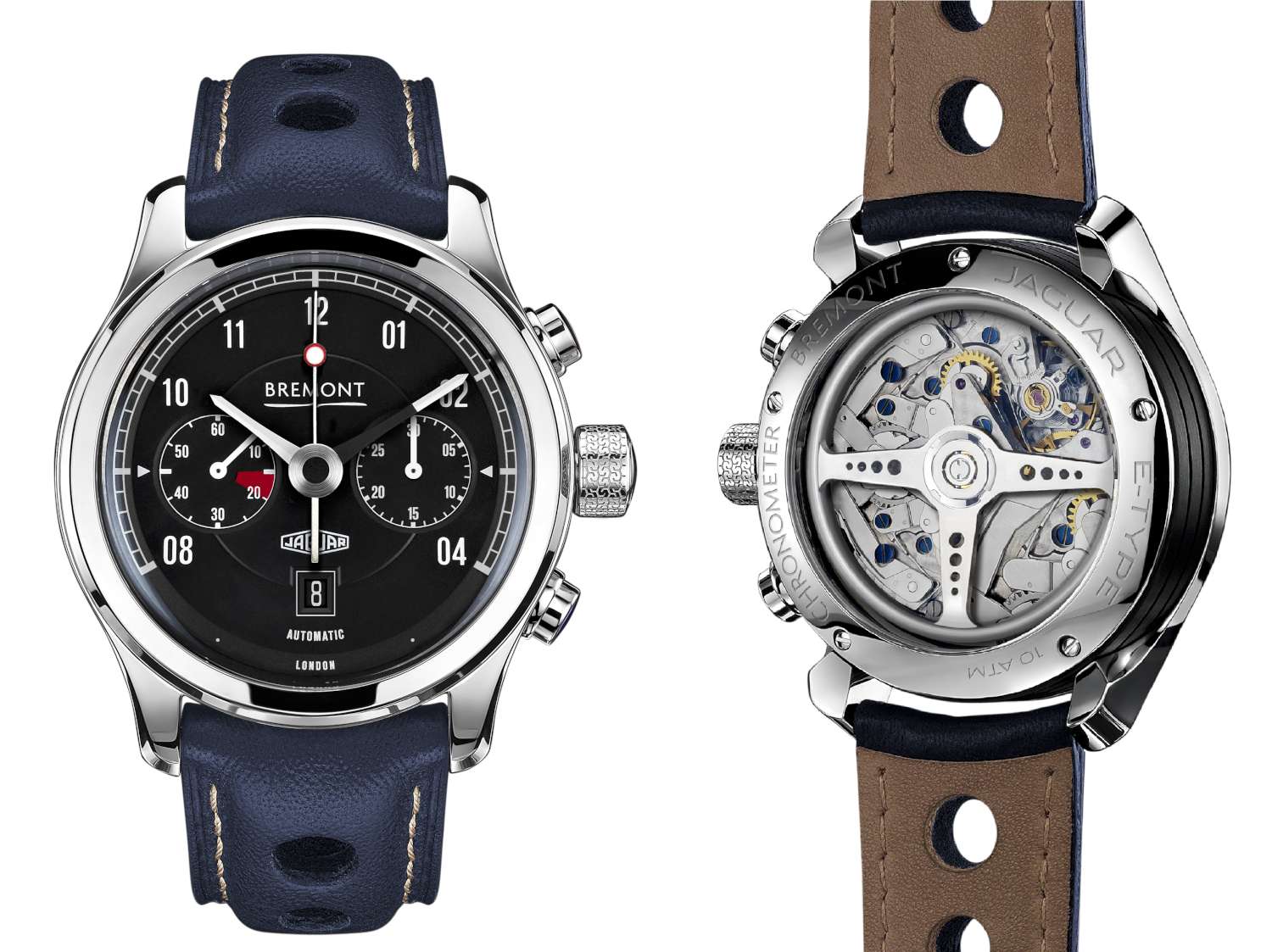