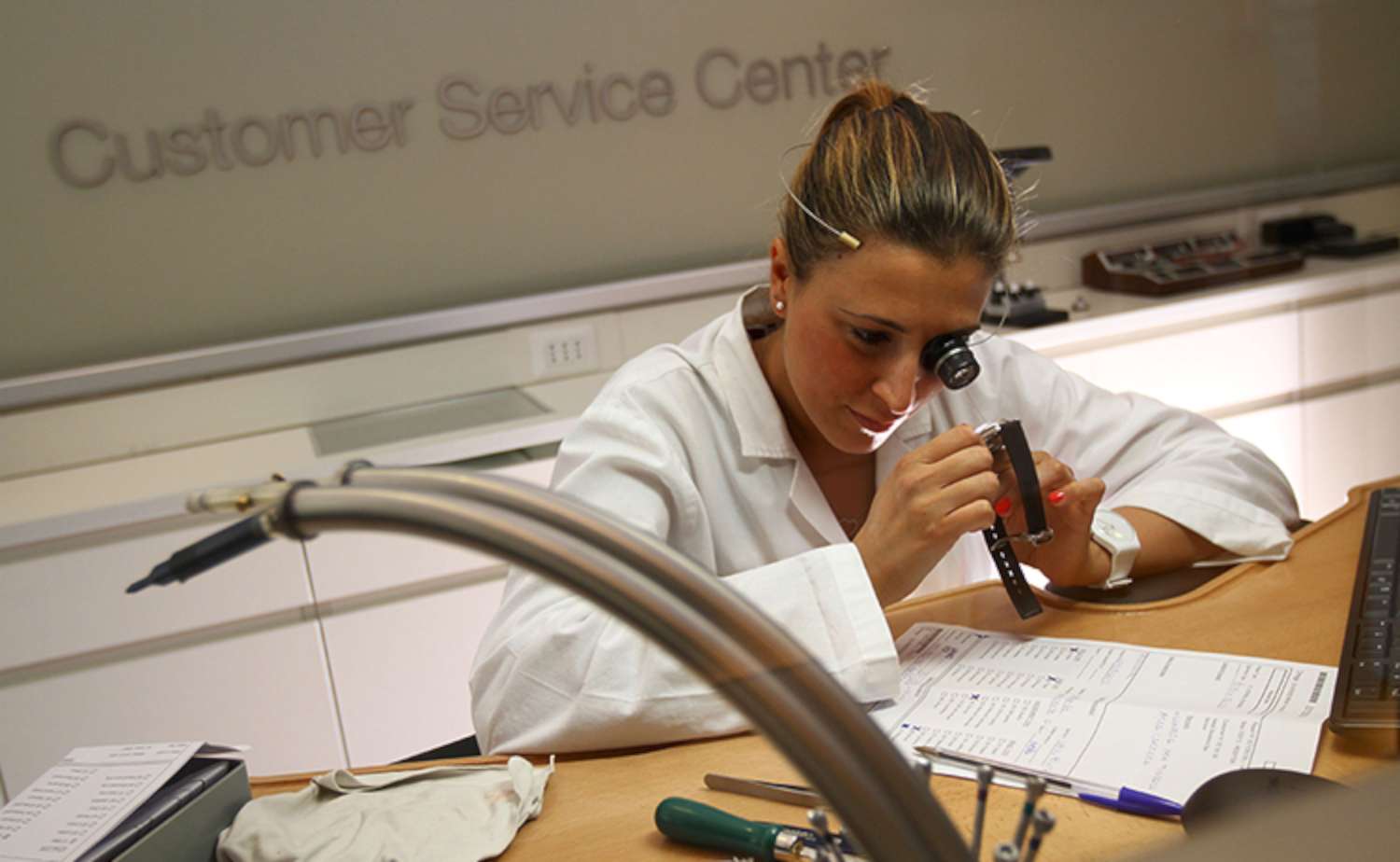 Occasionally we bloggers get invited by watch brands to their head office, factories and museums. It’s a great way of understanding their individual approach to their trade and so I never say no to this sort of opportunity. The episode whose memory still brings drops of anxious sweat to my brow occurred in Milan, one hot day in July. I had been invited by a major watch manufacturer to see their new repair facility. There are two things that I have learnt about relations with watch brands: semi-formal dress is appreciated though not de rigueur, while punctuality is absolutely de rigueur. And so that morning saw me striding fast down the street, keeping an anxious eye on my watch. As for my dress, I was conscious that Milan is one of the world’s fashion capitals and so I had opted for a safari ochre-colour suit instead of my usual dark grey. I thought it well-suited to the city, and I had paired it with a pair of shoes that I had bought the previous day in a discount shoe-shop, light beige suede oxfords with a sort of graded grey tone. It was risky wearing them for the first time but I was ready to accept a couple of blisters on the heel.

What actually happened was much worse than blisters. I noticed a sort of flapping feel from my right foot and saw that the sole had detached slightly at the toe. I mentally cursed my inclination to save money whenever possible and hoped that it wouldn’t deteriorate further. It did. Over the next thirty metres, the whole sole, a single piece of some grotty rubber from toe to heel, actually fell off! I bent down, picked it up and looked at it incredulously. A Milanese bus-driver moving slowly in the traffic saw the scene, caught my eye and made one of those hand gestures of which the Italian language is so replete. I guess it meant some sort of sympathy, or perhaps it could be translated as “Hahaha now you’re in a right pickle, eh?”

Damage assessment. My right shoe now felt like a slipper, with just a wafer-thin sliver of leather between my sock and the warm Milanese pavement. I could still walk, and I had a kilometre or so to go. So plan A was to keep going, dive into a shoe-shop as soon as I passed one, and buy a decent pair of shoes. Plan B was to keep going, run into a supermarket or hardware store, buy a tube of contact adhesive and stick the sole back on. So I slipped the soe into my bag. After a kilometre, I had passed neither a shoe shop – trust my luck to be on the only Milanese street without a shoe store – nor a supermarket or a hardware store, and so I had to resort to plan C: grit my teeth, try to walk without limping, and stay at the back of the group at all times. I announced myself at the reception, went up to the second floor and was greeted by a beautiful PR lady named Chanelle with immaculate Milanese prêt-à-porter fashion garments, high heels and a warm smile. She didn’t give me the usual X-ray-type up-down scan that seems to be the usual in Milan and invited me to have some coffee and a croissant while waiting for the latecomers (though ill-shod, at least I was punctual). 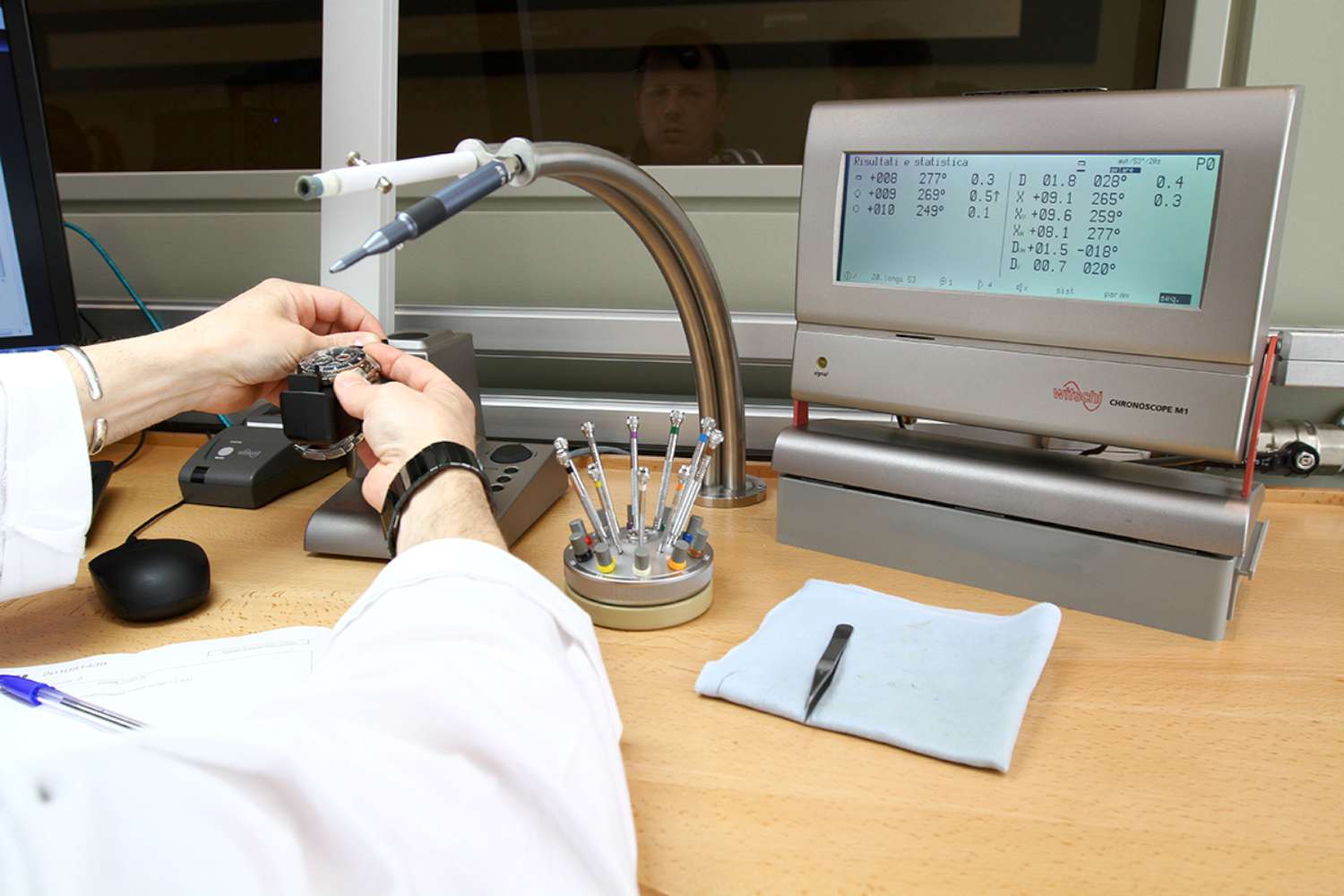 From then on, we went on a tour led by the facility manager, through the apparently endless corridors of the new facility, following the course taken by watches as they arrived, were catalogued, examined, photographed, an estimate produced, and then sent to the repair teams, according to whether the problem was the movement, case, bracelet or strap. I ruefully thought that they would easily have been able to sew the sole back onto my shoe, but I kept going manfully, doing my best in a silent battle with the PR lady who understandably wanted to stay at the back, herding us all along like a Border Collie so that we could hear the explanations of the guy leading the group. As time went on, my mental suffering increased even further as I noticed that the left sole was beginning to vibrate as well, with a slight increase in the gap between sole and uppers at the toe. 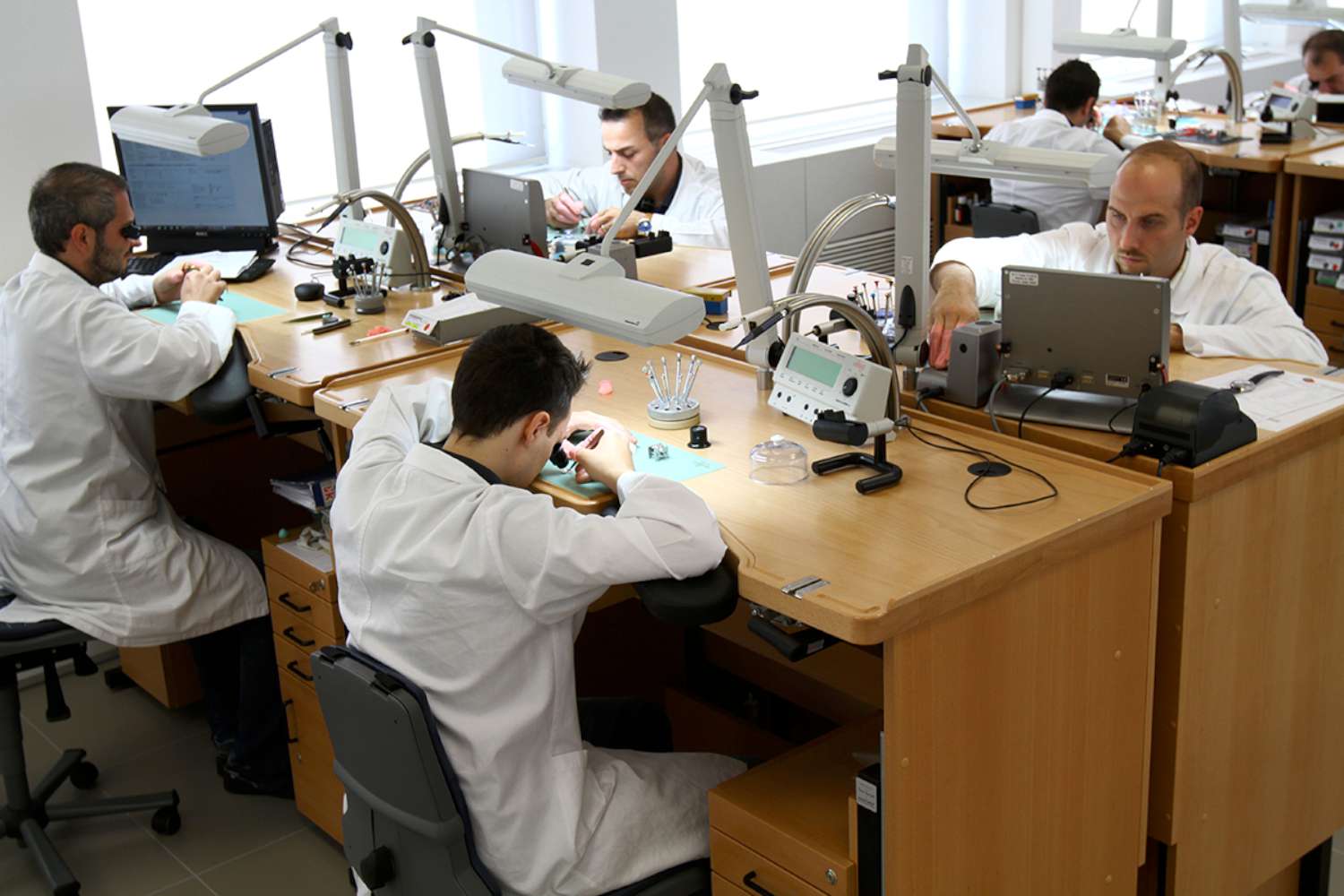 About three-quarters of an hour later, there was the last stage of the visit, something that I was looking forward to very much indeed. They were going to take us through the disassembly and re-assembly of a watch movement, not only explaining the process, but entrusting us with a calibre and the requisite tools so that we could try our hand at being watch repairers. We were outside a room enclosed by glass panels, and, with the door open and the front end of the group already entering, the facility manager said in his admirably clear and penetrating voice, “This is where we instruct our watch repair specialists, and even though this is a classroom, we pay the same attention to dust and humidity as in our main workshops. So, for example, there is a small pressure gradient so that any dust that you may bring in is expelled when the door is opened.”

My companions in the group were already taking their place at the individual watchmaker’s benches, where on each there was a set of miniature screwdrivers, and the movement in a sort of transparent plastic container. I was the last to enter of course, and I was just outside the door standing on a large blue doormat, smiling at the lovely Chanelle who was discreetly inviting me to enter with a gesture of her arm. But at that instant I heard our guide pronounce a few words that chilled my insides and created an instant paralysis far more effective than any digitalis or choline. “And perhaps you will have noticed,” he said, “that we even removed the dust from your footwear by means of a slightly adhesive doormat.” I gritted my teeth once more, stepped forward, and marched proudly to my bench at the back of the classroom, at last without a limp. I didn’t turn my head to see that horrible second-rate shoe sole adhering to the doormat. But I will retain it in my memories and my nightmares for many years to come. 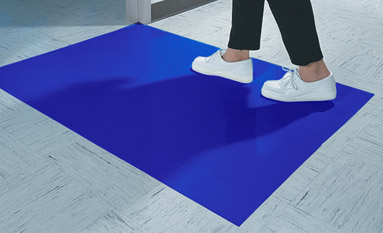 One thought on “My most embarrassing moment as a watch journalist”