Second mainspring barrel, linked in series to the first to equalize energy delivery to the constant force device below

Slot displaying rotation of the teeth when you wind the watch 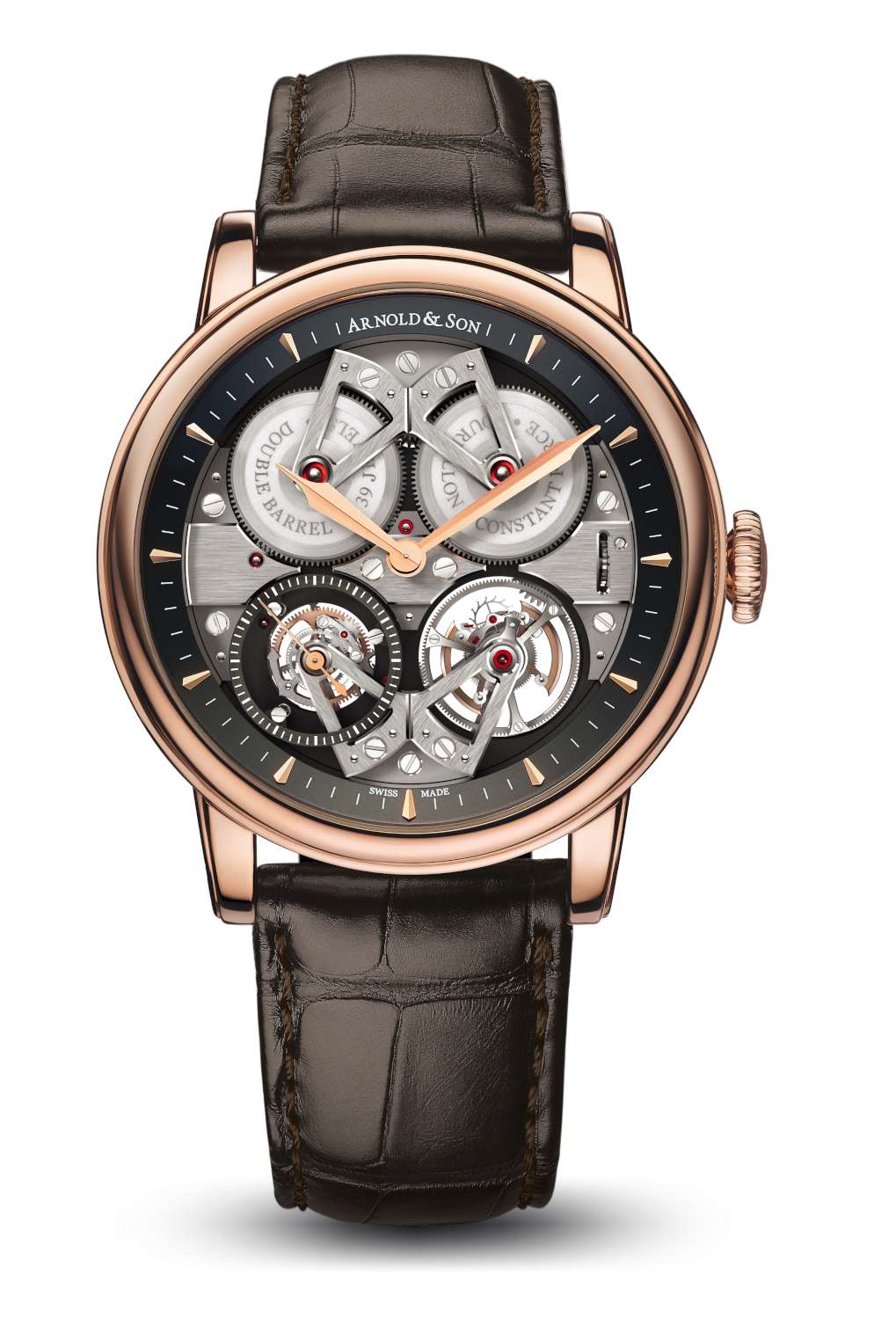 This watch, in a 46mm red gold case, 12.28 mm thick, has a lot of traditional watchmaking features, but its open-dial design gives it a modern appearance. The design is cleverly laid out with perfect symmetry, revealing how energy flows from the first mainspring barrel (on the right) on to the second barrel on the left, down to the constant force unit at bottom left. This then releases energy at a constant rate to the tourbillon escapement at bottom right. The theatrical, kinetic beauty of the piece is provided not only by the action of the tourbillon, but also by the constant force device which provides an indication of true beat seconds, with the second hand advancing one second at a time instead of the usual 3 or 4 Hertz continuous sweep. 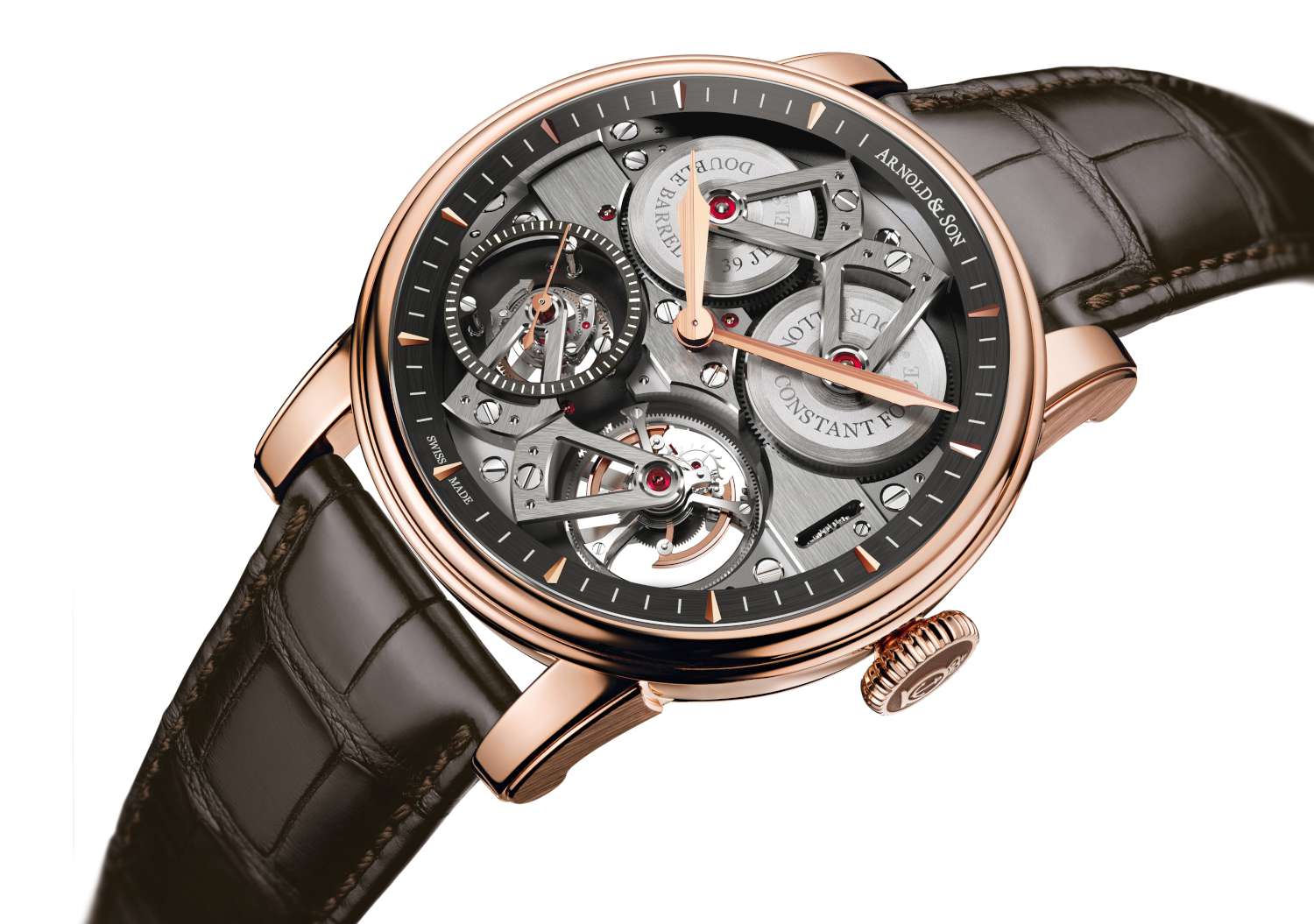 The two barrels are themselves designed to even out the delivery of energy to the movement. One barrel alone powers the gear train, while the second, linked in series, replenishes the energy of the first whenever its torque drops below optimal level.

The constant force unit is patented: energy arriving from the barrel charges a small hairspring that releases a constant amount of energy to the escapement, once a second. The system is designed so that when the power arriving at the constant force unit from the mainspring drops below the optimal level, the movement stops, rather than continuing to run at reduced precision. 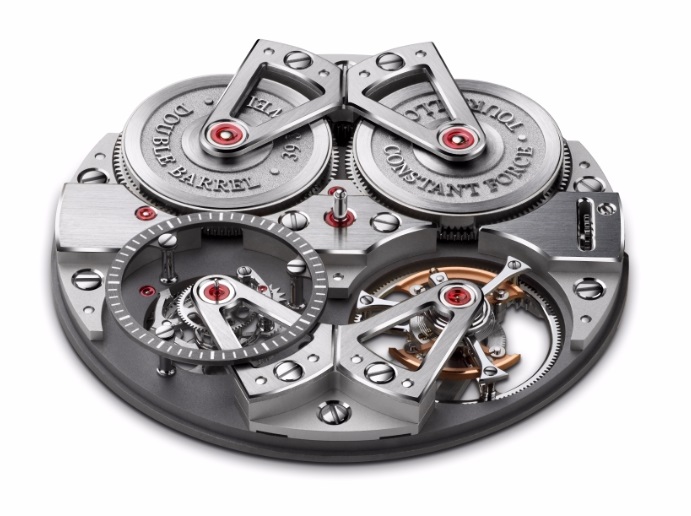 The openwork bridges are triangular, a typical characteristic of British antique watchmaking as performed by John Arnold. A similar reference to tradition, though translated into modern aesthetics, can be seen in the engraving on the barrel. On the front of the dial, a vertical slot near the crown reveals the teeth turning when you wind the watch. 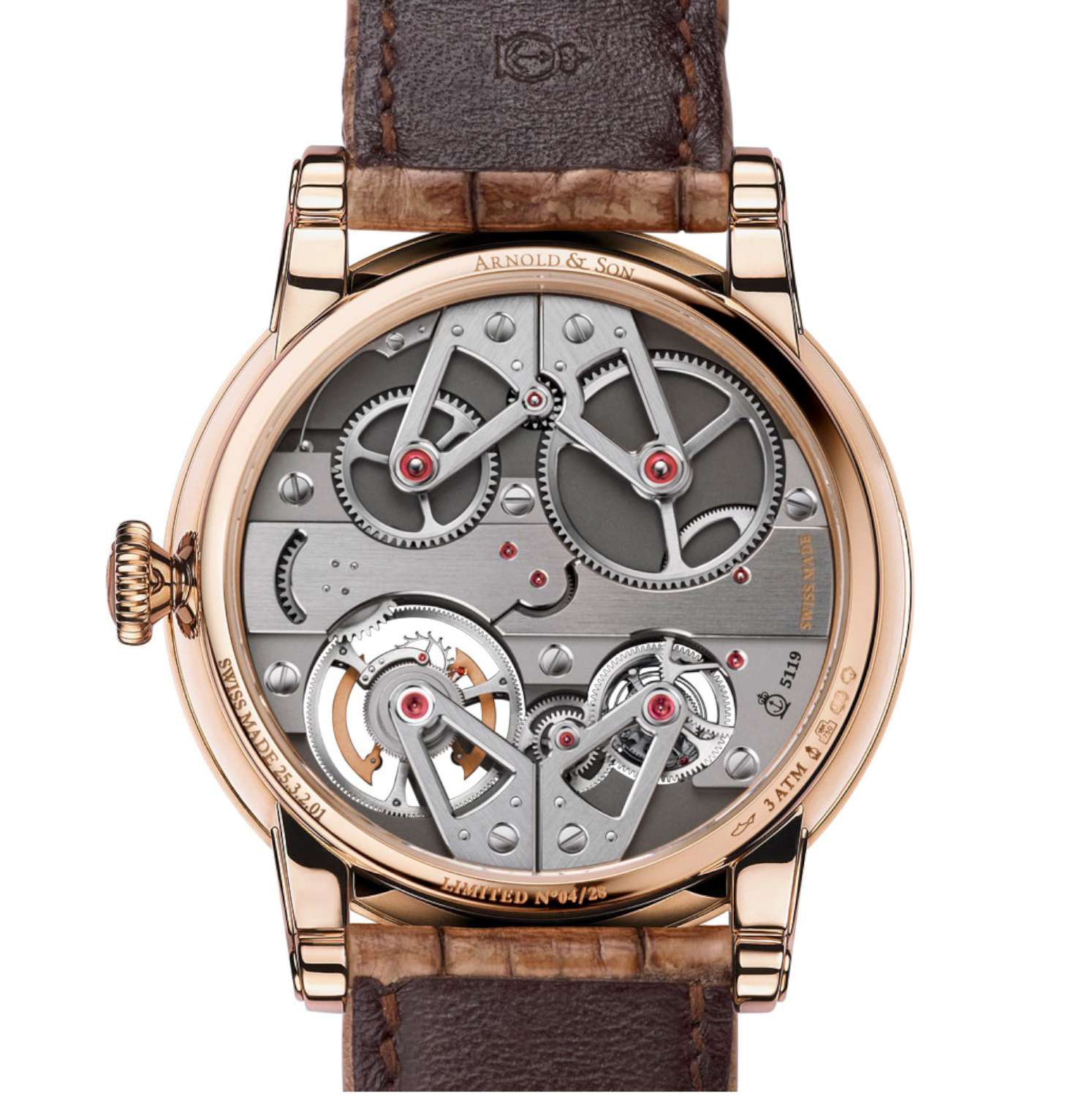 The caseback is also perfectly symmetrical, with four bridges. The manually-wound A&S5119 movement is built in-house, with 39 jewels, running at 21,600 vph (3 Hertz), power reserve 90 hours. The watch has a sapphire caseback, and the case is water-resistant to 30 metres.