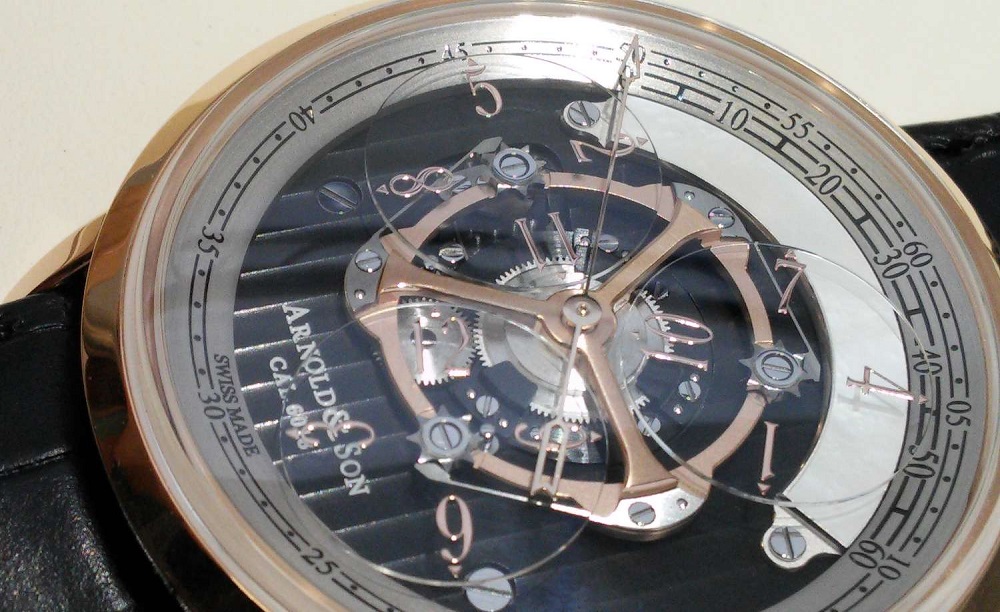 Arnold & Son say that this is the first “wandering hours and true beat seconds” watch, inspired by mid-18th century table clocks. Without doubt it is an unusual way of showing the time, by a company whose mission is, at least in part, dedicated to throwing more light onto the historical importance of British watchmaker John Arnold. It was designed and built in-house, in a development process that took three years. 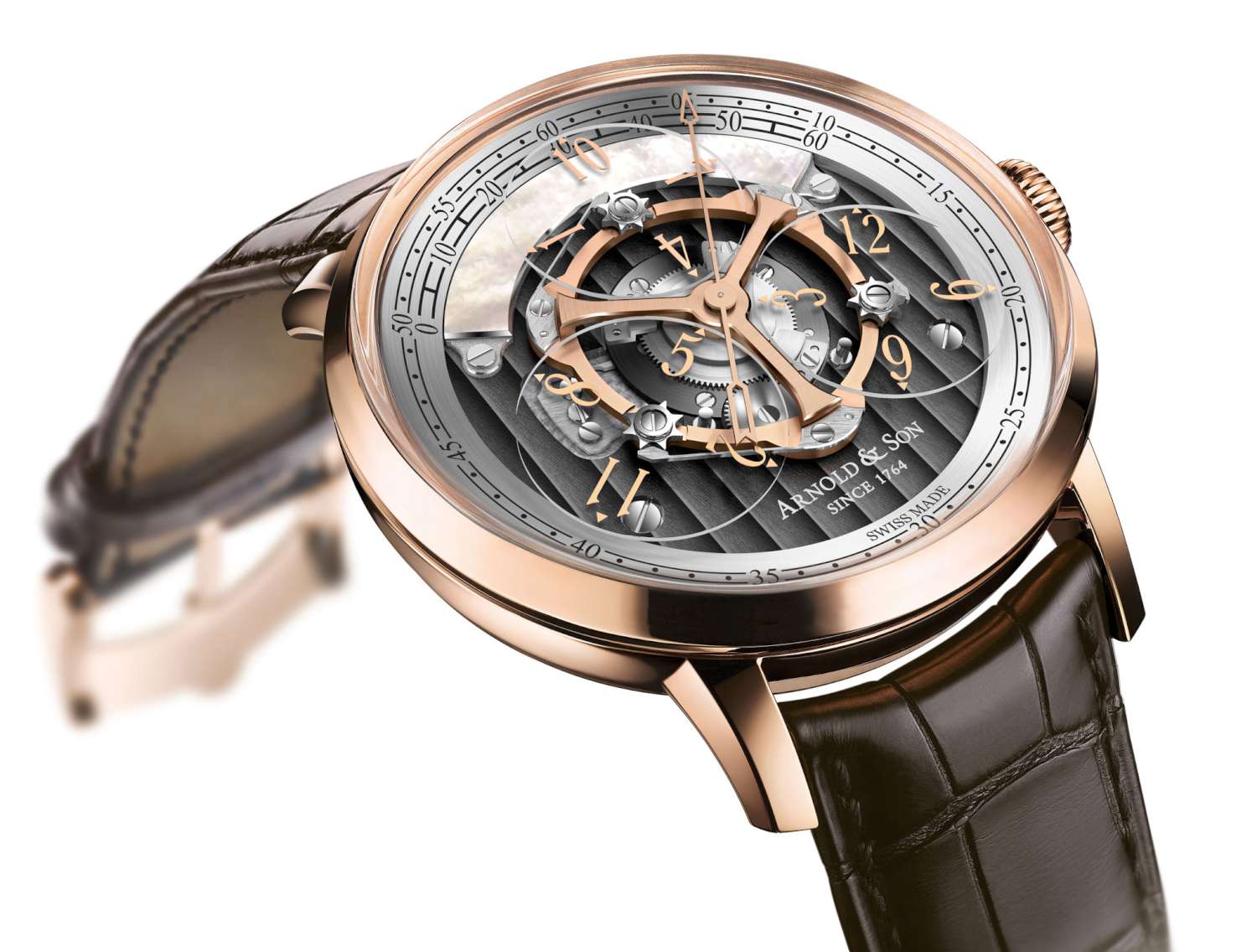 The 44 mm red gold case frames an open dial with a grey NAC-coated dial base with Côtes de Genève finish, and details in white mother-of-pearl. At the centre of the dial, the time-carrousel is a wheel in red gold bearing three transparent sapphire discs marked with hour numerals and an arrow. At any time, one disc presents the respective numeral for the hour visible against the mother-of-pearl arc at the top of the dial, while the arrow on the same disc marks the minutes on a scale above. Time is narrated by the gradual rotational progression of all three discs in sequence, and hours and minutes are read just in the dial section running from 10 o’clock to 2 o’clock. The long seconds hand instead runs all the way around the dial. It is not the usual sweep hand that is normal for mechanical watches, but rather it marks true beat seconds, proceeding in one-second intervals, a complication that was a feature of John Arnold’s watches and that has also become a hallmark for the new Arnold & Son. In the late 1700s when John Arnold was making naval chronometers, the idea of true-beat seconds was to make it easier to read the exact time by leaving the second hand still for a second.

The movement can be glimpsed on the dial side, and it is seen more completely on the reverse, with a transparent sapphire window. It is the A&S6018 calibre, a self-winding movement with 29 jewels, running at 28,800 vph (4 Hertz) with a power reserve of 45 hours. The movement is palladium-treated, and it has the usual meticulous finish typical of contemporary high-end watches, with hand-chamfered bridges, circular graining, Côtes de Genève, satin-finish wheels, blued screws, and a palladium-treated oscillating weight. 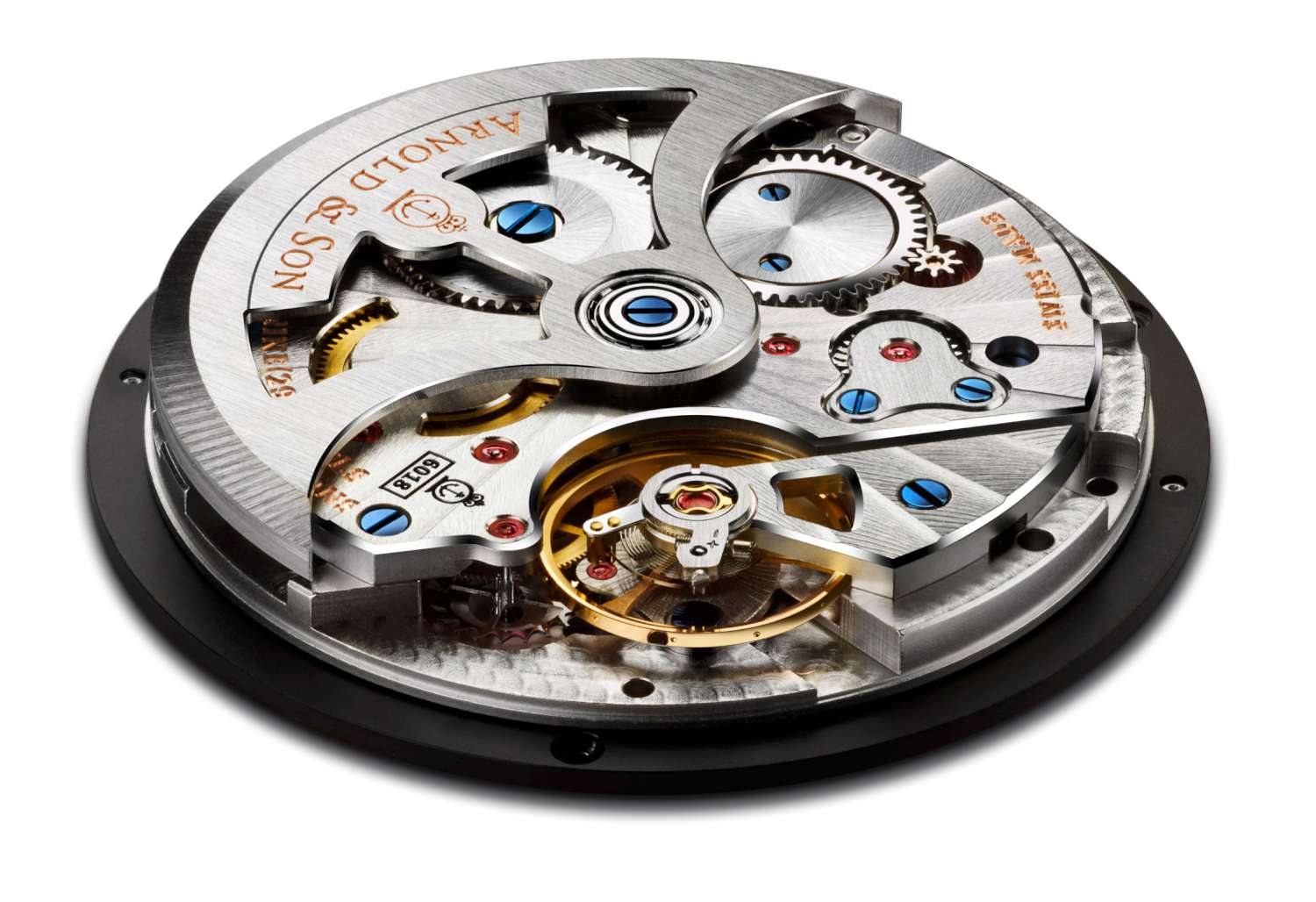 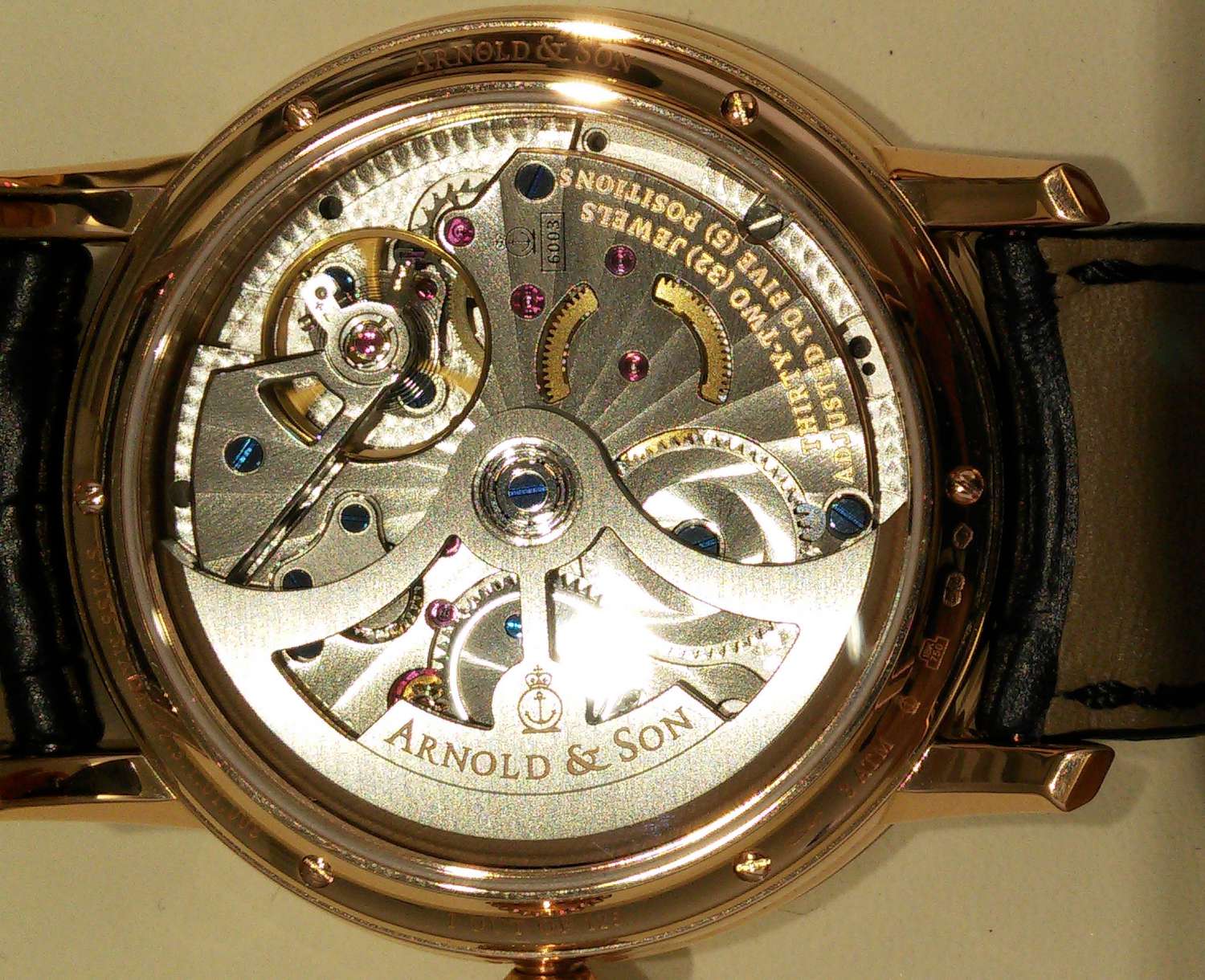 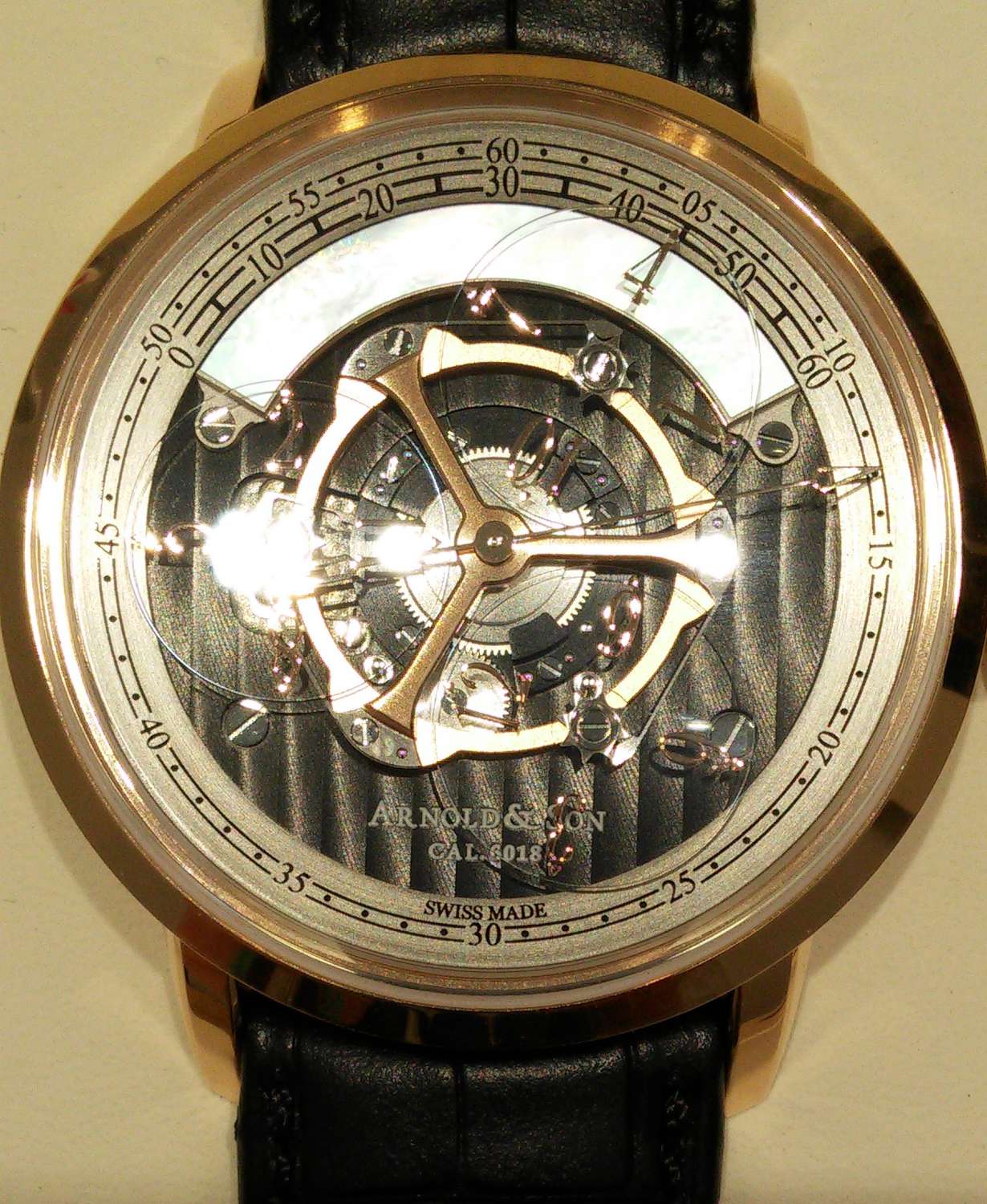