Arnold & Son was launched in 1995 in La Chaux-de-Fonds, Switzerland, yet in 2014 the brand celebrated its 250th anniversary by presenting five new manufacture movements. How can a brand just two decades old have two and a half centuries of history? By the purchase of the right to use the name of the company founded in the 18th century by John Arnold. The new Arnold & Son was founded in 1995 by Swiss company The British Masters, which aimed at reviving the tradition of great British watchmakers with two brands, Graham (dedicated to George Graham) and Arnold & Son. Arnold & Son initially used movements made by external suppliers, principally Jaquet (a company that later became La Joux-Perret), in turn based on Valjoux, ETA and Sellita, and launched their first collection in 1998. Arnold & Son was sold to La Joux-Perret in 2010, and as this company is a movement manufacturer, Arnold & Son were themselves able to become a “Manufacture,” a watchmaking firm that has most of the processes involved in making watches under their own roof and so making their own calibres. Arnold & Son was purchased by Japanese brand Citizen in 2012.

Today, Arnold & Son’s watches are a tribute to the work of John Arnold (1736-1799), who was active at a time when English watchmaking was one of the dominant forces in the trade. As Executive Vice President Philippe Boven says in the latest catalogue, “We wanted our new catalogue to reflect [the influential role played by John Arnold and his son]: they combined a finely developed aesthetic sense with an ability to find solutions to technological problems, crafting magnificent movements and designs with cutting-edge mechanical features that garnered several patents.” The new Arnold & Son timepieces are high-end watches, many with unusual complications such as true beat seconds and constant force devices, along with classics such as tourbillons. Each model has its own specially-designed calibre. On average Arnold & Son develops two new calibres a year.

To return to the original John Arnold, after he died in 1799, his company was continued by his son John Roger Arnold, who died in 1843. Arnold & Son was repurchased by another British watchmaker, Charles Frodsham. 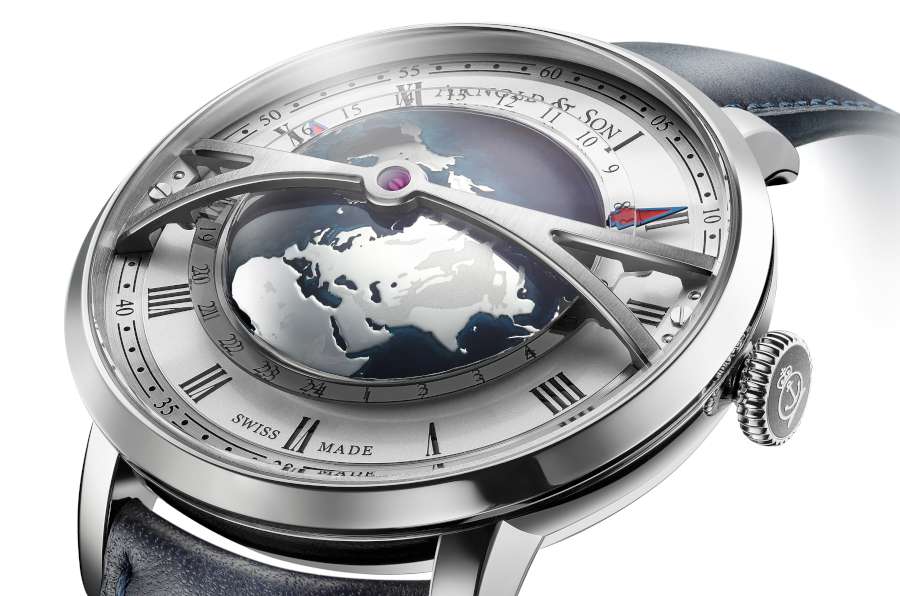